If you were following my blog over the summer, you might have noticed that I'd adopted some daily meal themes to plan my dinners around. I got the idea from the No Meat Athlete podcast, and I had been doing Macaroni Monday, Taco Tuesday, Wok Wednesday, Takeout Thursday, Freestyle Friday, Sizzle Saturday (grilled food), and Slice Sunday (pizza!). But as it's gotten colder out, I've been wanting to work in some soups and other warming dishes, like Indian food or hearty sandwiches that stick to your ribs.

So I came up with new themes! Here's a rundown. Mondays are now Monk Bowl Mondays, otherwise known as Buddha bowls. But Buddha doesn't alliterate with anything! Basically, I can have any kind of grain, green, bean bowl on Mondays. I recently made this amazing and beautiful Rainbow Pad Thai Bowl from Eat Feel Fresh on a Monk Bowl Monday. The recipe called for kelp noodles, but the Whole Foods is far from my house, so I subbed shirataki noodles that I found at the Vietnamese market. It also has zucchini, carrot, and beet noodles (sauteed, not raw), edamame, bean sprouts, and a cashew-ginger sauce. It was as good as it looks. 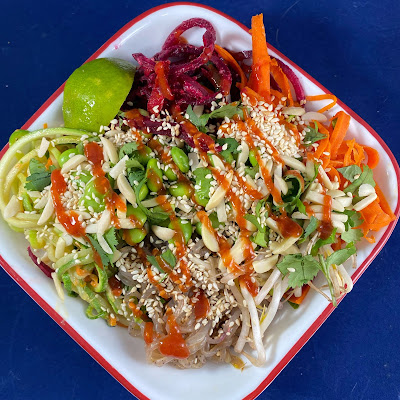 Tuesdays are still Taco Tuesdays because tacos are forever. This past Taco Tuesday, I had a Black Bean Tostada with canned refried black beans, Chao cheese, and sauteed veggies (onion, cabbage, corn, and spinach). Topped with guacamole salsa and red salsa. And lots of hot sauce! 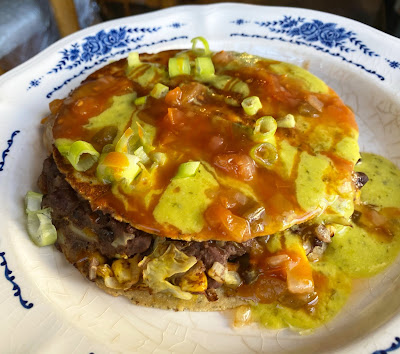 Wednesdays have become World Cuisine Wednesdays, which opens things up to a world (get it?!) of possibilities. Last Wednesday, I went Middle Eastern and whipped up some oil-free Baked Falafel from a No Meat Athlete recipe. I served it in whole wheat pita with tomato, avocado, kalamatas, Trader Joe's tabbouleh hummus (the best!) and Simple Truth plant-based cauliflower tzatziki. 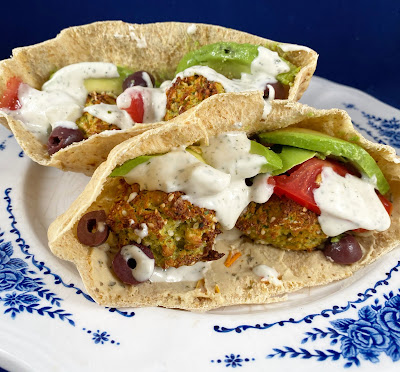 Thursdays are still Takeout Thursdays because I like to support local restaurants at least once a week. And since I don't run on Friday mornings (rest day), Thursdays nights are the best nights to go wild. Last Thursday, I got Imagine Vegan Cafe takeout and ordered their new Chicken Philly with fries. You can't see it, but under all that cheesy sauce, there are vegan chicken strips and sauteed peppers and onions. 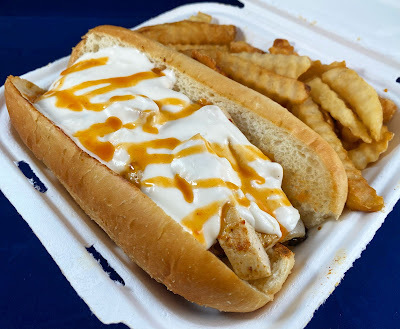 Fridays are still Freestyle Fridays (anything goes!), but I try to focus on whole foods on Friday nights since my long runs are on Saturday mornings. Last week, I made this Roasted Potato Bowl with air-fried roasted red potatoes (from my CSA), black beans, noochy sauce, coleslaw, and avocado. Unfortunately, the avocado turned brown almost immediately. BOOOOO! Still tasted good though. 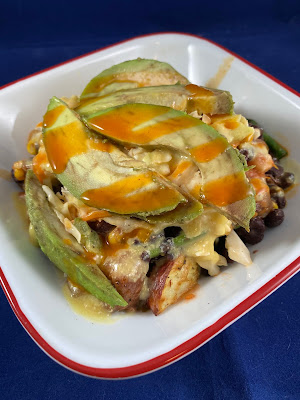 Saturdays are now Sandwich Saturdays, so that can mean a traditional sandwich or a burger, hot dog, or really anything stuck inside some bread. On a recent Saturday, I made the Mushroom & Spinach Panini from the original Engine 2 book (the one that's all about the diet, not the cookbook). This simple sandwich has sauteed wild mushrooms (from my CSA), baby spinach, and hummus. That's it! It was nice and simple. 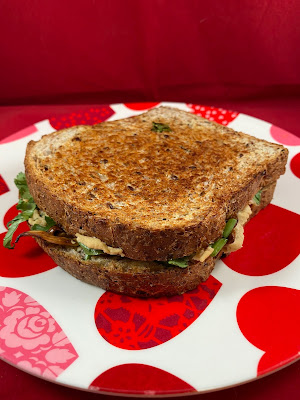 Sundays are Soup Sundays! Typically, that would be a warm soup or stew, but last Sunday, I made the raw Heart Chakra Soup from Eat Feel Fresh because I'm working on balancing all of my chakras, and I'm currently focused on the heart. This blended cold soup has avocado, zucchini, cucumber, spinach, garlic, and almonds, and it was really good. Fortunately, it was a warm November day here, so I didn't mind a cold soup. 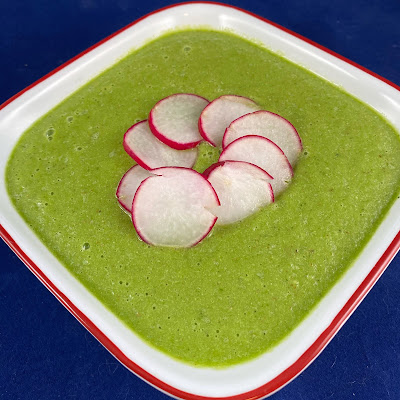 I love seeing these new themes!

I love the new themes too!
The rainbow pad Thai bowl looks so incredibly beautiful!!
And your tostada looks incredible, I have a huge craving now!!
I love a good potato bowl!