On Friday, we said goodbye to Gelfling, our scrappy little alpha kitty. Giver of the most aggressive head butts, ruler of the house, dominator of pit bulls. 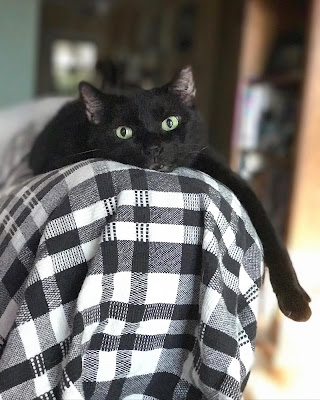 Gelfling was just a little Memphis street cat when Paul found him in Oct. 2005, his pointy black ears poking over blades of grass. He ran into Paul’s arms, and the next thing you know, we had another cat. I was the maid of honor at my friend Autumn's wedding that evening (Oct. 8, 2005), so I was at the wedding helping her get ready when Paul found him. Paul showed up to the wedding as a guest later that night and informed me that he found a cat. At the time, we had three other cats (Akasha, Pandora, and Polaris) and our dog, Datsun. I didn't think we could handle four cats, so I tried to find home for him, but nobody wanted another cat. Turns out Gelfling was already home with us. And then we ended up taking in two more cats and another dog, so that our fur family was once eight pets strong. Akasha, Pandora, and Datsun have all passed, and now Gelfling has gone on to join them. 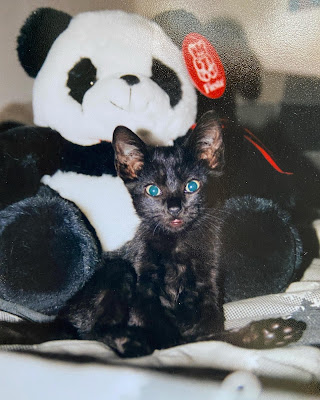 I named him Gelfling, because in that first few days with us, he made these strange whimpering sounds that reminded me of Lord Chamberlain, one of the Skesis on The Dark Crystal. Since the Skesis were the bad guys, I couldn't name him after Chamberlain, so Gelfling it was! Right away, we knew this little guy was special. Here he is climbing the Solstice tree for his first Christmas. 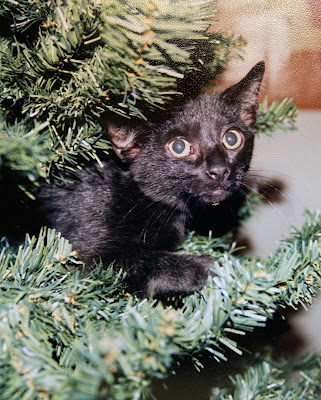 And here he is at Solstice 2009! Every year, the pets get their presents a few days before Christmas on the Winter Solstice. Gelfling loved his catnip mice right up until the end. He would walk around the house with them in his mouth, hollering as loudly as he could. He wanted to make sure everyone knew he had caught a mouse. 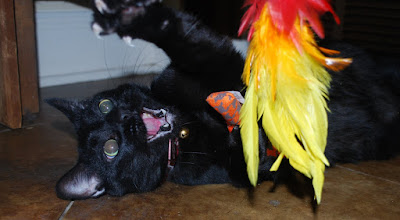 He was truly the alpha kitty, and he ruled all the other cats. Here's Gelfing getting a good swipe it at Ozzy on another Solstice. All hopped up on catnip, no doubt. 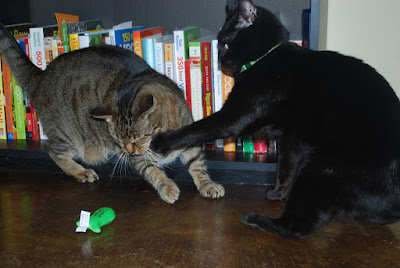 Gelfing was also known to chase Maynard (our 75-pound pit bull) around the house. And if Maynard so much as looked at Gelfling the wrong way, Gelfiing would swat at his face. They weren't always fighting though. Gelfling could snuggle with the best of them. He loved to be close to his brother, Polaris, as they were the closest in age (we took in both of them as kittens in 2005). In this pic, you can also see Akasha in the background. Even though Akasha was the oldest, he knew Gelfling was the pack leader and was just fine being in the background. 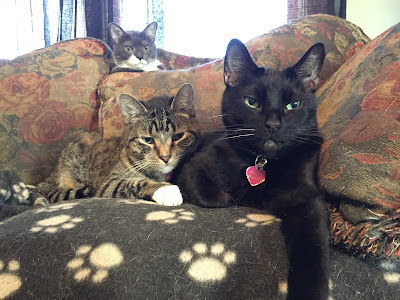 Gelfling was probably best-known for his very strong head butts. If he wanted attention, you would most certainly know because he would push his little head into your body with such force that you couldn't dare ignore him. But despite his tough exterior and alpha ways, Gelfling had the sweetest little high-pitched, sing-song meow. I'll never forget that tiny kitty voice. 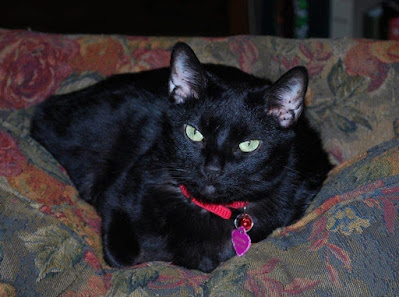 One time, Gelfling and I had professional photos made! I used to work for Memphis Magazine, and we were doing a pet issue, so I brought Gelfling in for his close-up. He wasn't happy at all to be there, but he still managed to slay in that photo shoot. 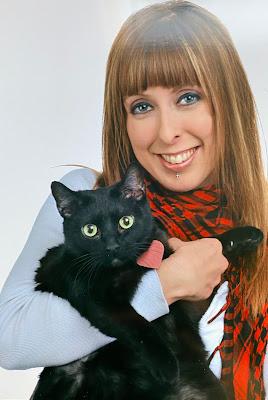 We weren't ready to say goodbye, but he was. Just about a month ago, I noticed that Gelfling's breath smelled really bad. I assumed it was a rotten tooth, so I took him into the vet. My vet told me his teeth were just fine but that he had a mass under his tongue that she suspected might be cancerous. After a consultation about having the mass removed, we were told that it was very likely cancerous and would immediately grow back. During that time, we noticed that he was struggling to eat his food, and by last week, he was unable to eat at all. He'd changed from a rambunctious and happy kitty to a very sick and lethargic kitty. We knew it was time to let him go. 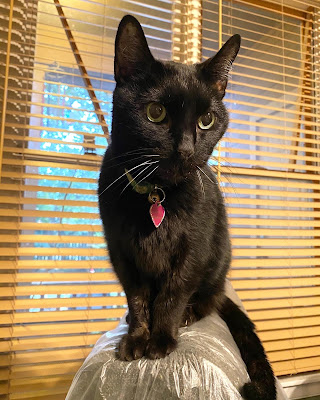 We're so very grateful for the 15 years we had with Gelfling. My lap will never be the same without him. May we meet again at the Rainbow Bridge, sweet Gelfling.
Posted by Bianca at 6:30 PM

I'm so sorry for the loss of your beautiful kitty! May all your happy memories bring you comfort and joy.
-Lesley

Oh Bianca, I'm so sorry. We lost our own chubby black kitty, Cleo, to oral cancer a few years ago. It's very aggressive and took her very quickly, the same as Gelfling. Take comfort in the fact that you gave him 15 years of love and comfy living.

I'm so sorry. I'm crying as I read your post, I loved learning more about him.
It's never long enough.

I am so sorry. I loved reading this post about him, a lovely tribute to a wonderful kitty. My heart hurts for you. <3

I am so so sorry that you have said goodbye to your beloved Gelfing. We said goodbye to our beloved dog Buford on the 2nd. Please know that our hearts are with yours as you grieve. We don't have kids, just our furbabies, so I know how painful this is. Know you aren't alone in this, sending love from DC.