Impossible Everything! And a Chili-Cheese Burrito!

I've been trying to find all kinds of fun new ways to use my chipotle chickpea chili that I made on Chef AJ's show a couple weeks ago. Chili is great on its own in a bowl, but it's even more fun as a topping for, say, a Chili Cheese Burrito! This has Simple Truth Plant-Based Queso (the best!) and the chili on top, and the inside is stopped with sauteed tofu, spinach, black beans, and rice. 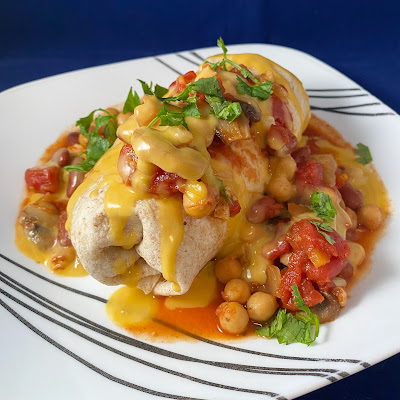 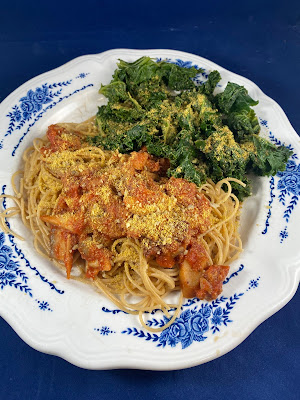 And then last Saturday, Paul and I grilled up some quick Impossible Burgers with Chao Cheese after we watched Joe Biden's speech. Wasn't it just amazing??? Awwwww. What a great day Saturday was! Not only did we win the election that day, but it was 70-something degrees in Memphis and sunny all day. A perfect day for grilling. Sorry for the crappy pic, but it was late by then, and I was HANGRY. 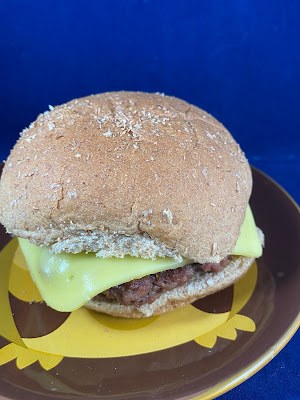 Last Thursday, I had to get groceries after work, so I stopped by City Silo, which is out by our Sprouts, for takeout. I got the BBQ Squash Bowl, which has spaghetti squash, kale, BBQ sauce, croutons, corn, rice, quinoa, and cashew ranch. It was sooo good. Their patio is open, and I would have liked to have eaten there, but it was chilly that night. So I ate this in my car. 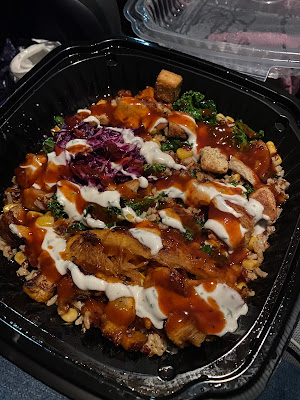 And finally, here's some delicious and hearty Corn Chowder that I made for dinner on Sunday. It's from Terry Walters' Clean Food cookbook — one I haven't used in quite awhile. I'm attempting to make a recipe from every one of my cookbooks over the next few years (it'll take a few years!). This simple recipe has corn, potatoes, carrots, celery, and unsweetened soymilk, and it's so delicious. 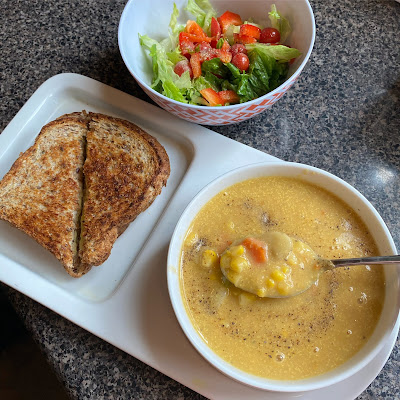 Seriously, that burrito is GORGEOUS!! Like it should be on the cover of a cookbook or magazine!
I love that Trader Joe's carries Impossible, I don't know about where you live, but here they have the best price on it too!
OMG, I need that spaghetti squash bowl!! I was just thinking that it's been awhile since I've had spaghetti squash, but I'm always super boring when I prepare it.

I second Hillary, that burrito is some superstar looking food!