Global Café in Crosstown Concourse is super vegan-friendly, and they just added another vegan option! Vegan Sambusa stuffed with seasoned carrot and bell pepper! Global serves food from Sudan, Syria, and Venezuela, and the sambusa is from the Sudan stall. If you've never had sambusa, these are similar to Indian samosa except they don't have potatoes in them. Perfect with a side of Tabbouleh from the Syrian stall. I ordered this on their website last week and stopped in for pick-up! Totally contactless! 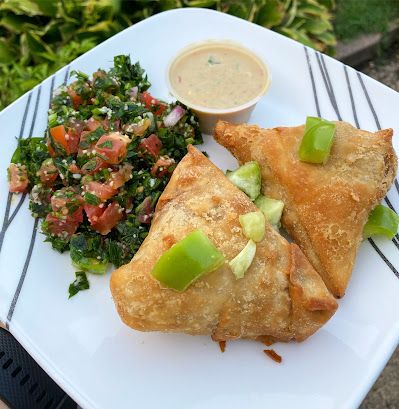 I'm still doing my daily meal themes, but I've switched Pizza Fridays to Sundays (so now, it's Slice Sunday!). But back when I was doing pizza nights on Fridays, I had this yummy Pepperoni & Veggie Pizza with the last of my BE-Hive seitan pepperoni, all the veggies from my fridge, and lots of Parma and Daiya cheddar. 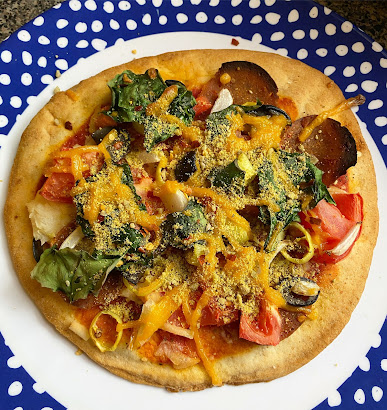 I'm attempting to make all the recipes from The No Meat Athlete Cookbook, but I've made very little progress on the dessert chapter. I just don't make dessert very often! These are healthier desserts though. I made this Vanilla Chia Pudding Parfait a couple weeks ago with chia pudding, banana, medjool dates, and ginger snaps. Like a healthy version of banana puddin'! 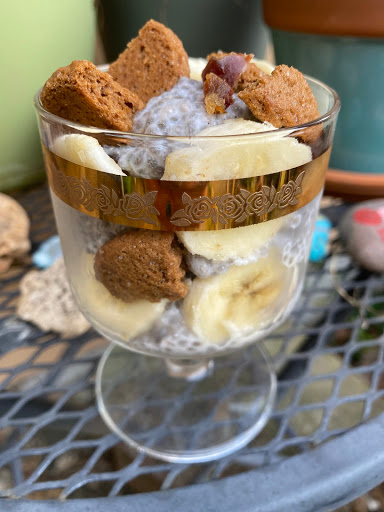 Here's a recent Wok Wednesday meal of Coconut Curry Rice Noodles with tofu and zoodles. I had a lot of zucchini, so I made zoodles and added them to rice noodles. The sauce was really good! Just coconut milk, almond butter, garlic, curry powder, and lime juice. 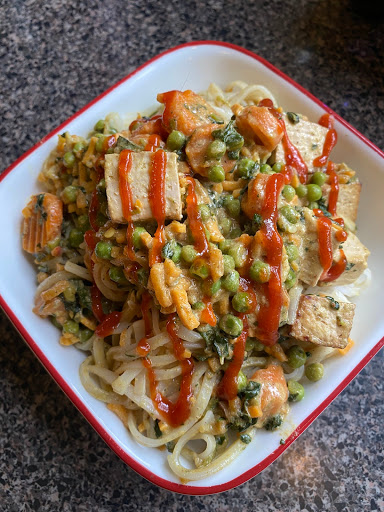 And finally, here's a really tasty meal from a few days ago! I topped a grilled potato with Mexican Roasted Chickpeas from the Eat Feel Fresh Cookbook, spinach, guacamole salsa, and cashew sour cream. 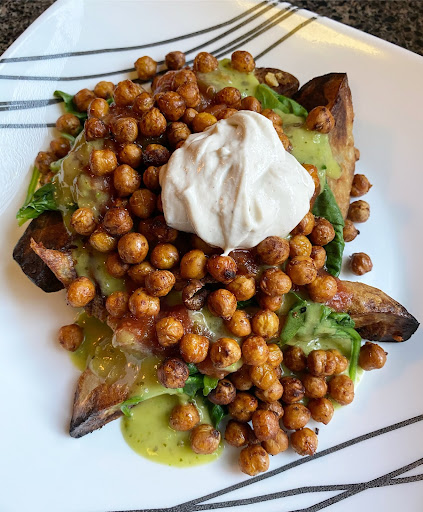 Yum, the Sambusa with tabbouleh looks like my kind of meal!
Pizza is kind of like soup in that you can throw whatever veg you have on top, and it usually tastes pretty great!
The chia/banana pudding sounds great too!

I have not heard of a Sambusa before. How great that they are adding more vegan options.
The parfait pudding looks lovely, I also am not very good at getting through dessert chapters in books. Especially as now bake sales are on hold for a bit. Well, they are starting to have some here and there, but I am not ready to go. Maybe next year!