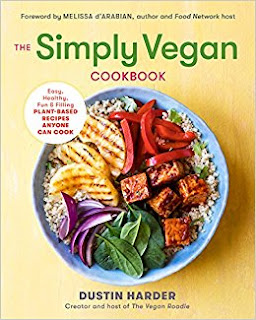 Back in 2015, I had the pleasure of appearing as a special guest on Dustin Harder's (aka The Vegan Roadie) YouTube show, OMG! That's Vegan?! He was passing through Memphis on his travels and invited me to his Air B&B, where we filmed an episode featuring my Tofu Deviled Eggy Bites recipe from Cookin' Crunk.

Dustin was so nice! And fun! And he's been at it ever since, creating episodes of his highly successful travel show, The Vegan Roadie, and working on his new cookbook — The Simply Vegan Cookbook — which launches Tuesday, Feb. 6th. Dustin sent me an advance e-book copy for review, and that's what I used to create my spread for last night's SuperBowl. His book is filled with main courses, sides, breakfasts, and desserts. But there are plenty of party foods too.

Buffalo flavors are crucial for game night, and I'm still trying to balance junk foods with super-healthy dishes following my January reset. So these Buffalo Chickpea Zucchini Boats were perfect! The zucchini is hollowed out and stuffed with spicy buffalo chickpeas and baby spinach, and then it's all baked in the oven. I drizzled the dish with Dustin's Unhidden Valley Ranch Dressing — a simple, creamy cashew ranch. 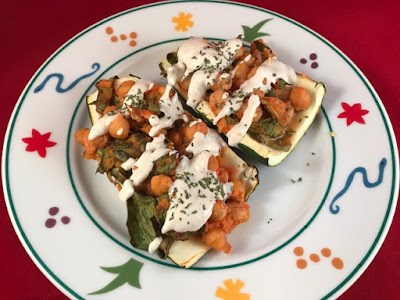 Dip is also crucial, and he has several dip recipes in the book. In true SuperBowl fashion, I opted to make the Black Bean Layer Dip with mashed black beans, mashed avocado, vegan sour cream mixed with taco seasoning, salsa, and shredded lettuce. I wish you could see all the layers in this pic! 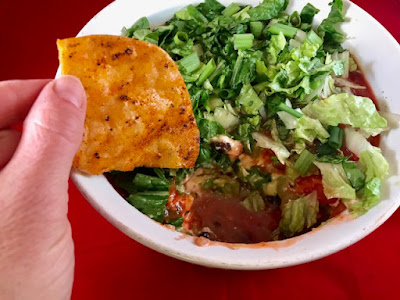 Here's my chip plate. The dip layers mixed together after scooping, but you can only imagine how delicious this dip is! By the way, that yellow dip wasn't from Dustin's book. It was a cashew beer cheese from Lulu's Baked, which I picked up Saturday at the Cooper-Young Community Farmer's Market. The chips, which were taco-seasoned and perfectly fried, are also locally made by Miracle Acres (and also procured from Saturday's market). They're soooooo good! 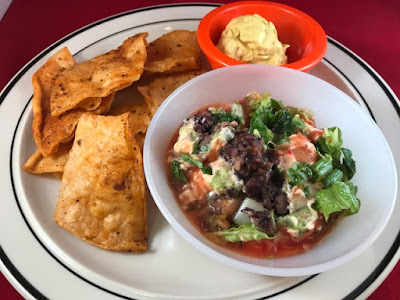 Bonus recipe! In the recipe for the zucchini boats, Dustin includes a tip recommending you save the scooped out zucchini flesh to make a yummy spread for toast. I had that this morning on a whole wheat bagel (locally made from Dave's Bagels). This spread is so good! It has lots of onion and garlic, and it's so soft and spreadable. 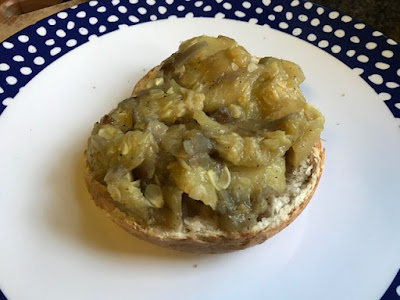 The Simply Vegan Cookbook is going to be a big hit! It's arranged in chapters based on ingredients, so there's a chapter for Greens, Beans, Lentils, Grains, Broccoli/Cauliflower, Root Veggies, Tofu, Squash, Avocado, and Mushrooms. Plus, there's a dessert chapter for Simple Sweets and one for Kitchen Staples (that's where you'll find the amazing ranch recipe). And as promised, the recipes are super-simple. Just a few ingredients and a few steps for each dish.

Oh, and just in case you want to watch, here's that episode I guest-appeared on with Dustin!

Ahhh how fun! The recipes look so delicious, definitely perfect for the Super Bowl. How smart to use the zucchini flesh as a spread for toast!