February is such a brutal, dreary, cold month. But at least it's filled with holidays! SuperBowl, Oscar Night, and this month, we get Valentine's Day and Mardi Gras back to back. We get way into Fat Tuesday down here since Memphis is just a short drive away from New Orleans. Plus, my family and I kind of adopted New Orleans as our favorite city years ago when we started taking yearly summer trips down there.

It's been awhile since I've made it down to Crescent City, but I partied like I was in NOLA today. As always, I started the day with one of Kittee's homemade vegan king cakes. Her king cake recipe never fails. I used this one for the basic instructions, but I filled it with vegan cream cheese (Daiya) and cherry pie filling. 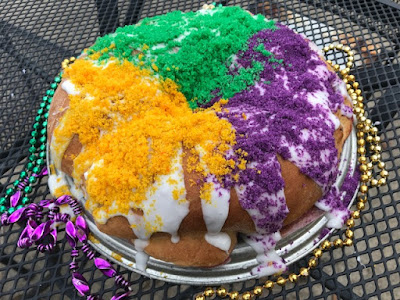 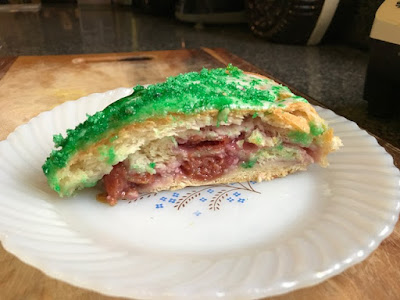 I had a slice for breakfast this morning and washed it down with a cup of French Truck Coffee's Big Chief Ya Ya dark roast. French Truck is a NOLA-based roastery with a location in Crosstown Concourse, and this is their Carnival season blend. It's very tasty. 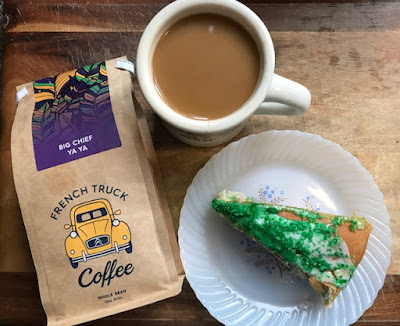 And wouldn't you know it? I found the baby in my first slice! The baker isn't supposed to find the baby! But it does mean you're supposed to bake the cake next year, and if I want vegan king cake, I have to make it. So ... I guess that's accurate! But I washed her off and shoved her back in anyway, so one of my co-workers could find it. 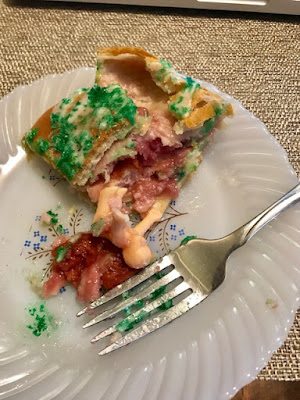 I brought the cake to work, and around mid-day, my friend Shay, who works at another Concourse office stopped by, and she found the baby! But she also shoved it back in. Not sure who found it after that.

My lunch was a vegan beef burrito, not New Orleans-inspired at all. But I did convince my cat Ozzy to pose with Mardi Gras beads while I was home for lunch. 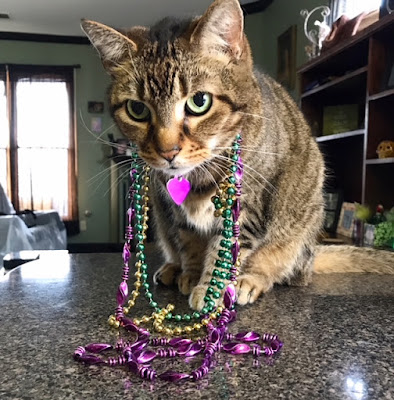 Around 4 pm, Crosstown Concourse — where I work — hosted a Mardi Gras parade. We had the Memphis Second Line Jazz Band and lots of folks in costumes, masks, and beads. Lots of fun! I got a few pics of the pre-parade festivities. 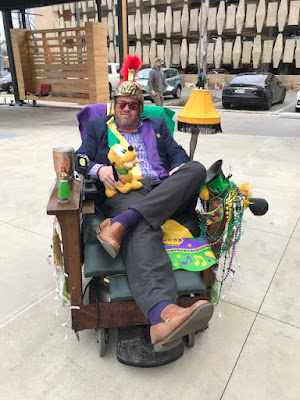 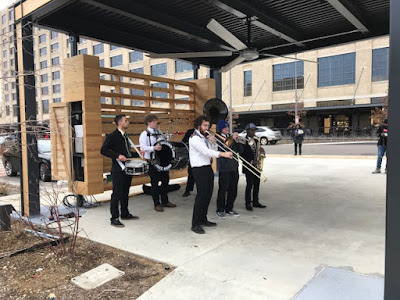 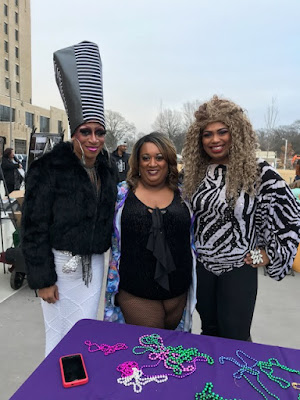 And then around 5:30 pm, it was time for the first group run of our new Crosstown Running Crew. We met on the Concourse plaza and ran 3 miles around the neighborhood. I was so amazed that so many people showed up. A co-worker and I just put this idea out into the world, and people came! WHAT?! 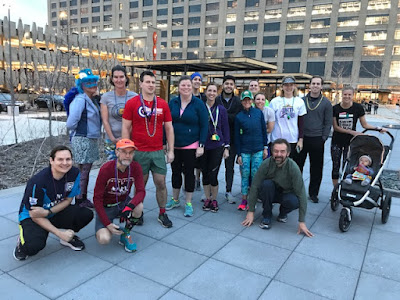 Our plan was to meet back up at French Truck in Concourse for post-run beers. They had a special Abita Mardi Gras beer, but when we returned to Concourse after the run, they were closed! Apparently, they close at 6 pm on Tuesdays. But thankfully, our friend Clark saved the day! He let us into the new Crosstown Brewing Co. (on the west side of Concourse) for beers. It doesn't open until this Friday, so it was so cool to have a sneak peek. I got the Crosstown Brown Ale. 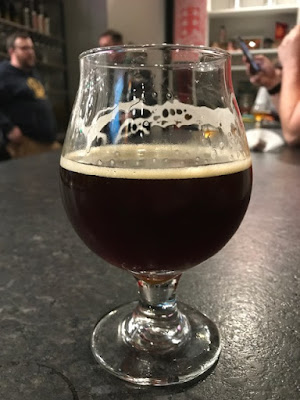 I had one beer (and chatted with some new running friends! YAY!) and then headed home for dinner, which I'd prepared the night before. I made a ton of Isa's Andouille Sausage & Cannellini Bean Jambalaya. This has brown rice, Field Roast sausages, kidney beans (subbed out for cannellinis), tomatoes, and the holy trinity of onions, peppers, and celery. So good! I had this with a small side salad. 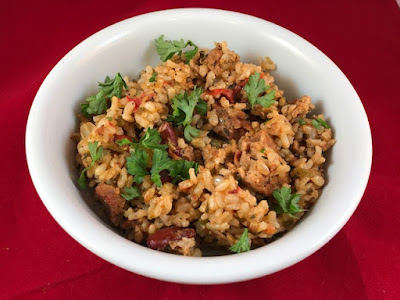 Paul worked late tonight, but when he finally made it home, we headed out to one of our fave bars — the Bayou Bar & Grill — for Abita Mardi Gras Bock and live music by the Mighty Souls Brass Band. 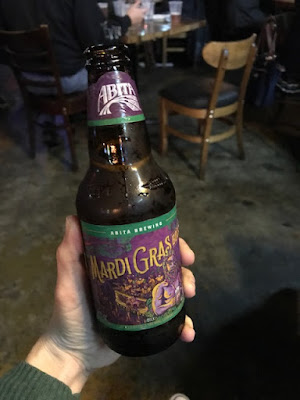 Awww what an amazing celebration! I love how festive you are whenever you celebrate anything. Your king cake looks absolutely incredible and I'm definitely feeling like I need to get back to New Orleans sooner rather than later! The running club is such a fun idea… especially when it is followed by beer ;)

That cake looks amazing, I want a piece right now, and I love Ozzy with the beads, What a handsome model!

I was thinking about making a king cake. I have an American Historical cake book, and there are 2 or 3 versions of it. XD I want to try the yeasted one from the 1700s!

I didn't know you had a cat. She looks so cute with the beads (or without)