Sorry for the short break in posting! I was at the Beale Street Music Fest until pretty late Sunday night, dancing my heart out to Beck and Zedd. And I fully intended to catch up and post on Monday night, but my home internet has been down for 24 hours because Comcast is the worst.

But here's a long overdue review of my new favorite sandwich thins by Ozery Bakery. I've long been a fan of Ozery Bakery's Morning Rounds (fruit & nut buns), and now I'm totally sold on their OneBuns as well. They sent me several varieties of OneBuns sandwich thins to review.

The Original Multigrain OneBuns are the full-sized sandwich thins, and they're probably my favorite of them all. 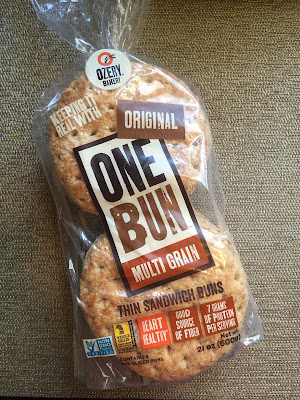 I've been using these in place of sliced bread and hamburger buns for veggie burgers and for these awesome Hummus & Veggie Sandwiches (white bean hummus, avocado, cucumber, tomato, grated carrot, and sprouts). These buns have 190 calories, and they're super soft and fluffy, even though they're really thin. They also hold up really well to wet toppings, like tomato and hummus. 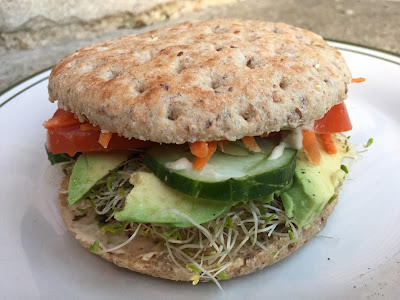 I've also been splitting the Multigrain OneBuns in half and having them for breakfast with Miyoko's Creamery Cultured VeganButter and nooch. Classic vegan breakfast paired with Gimme Lean vegan sausage. 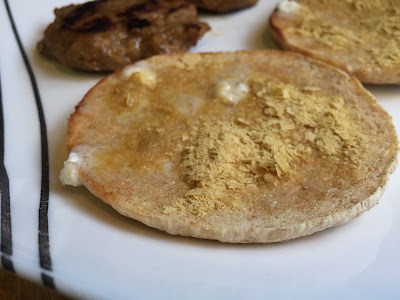 They also make Wheat OneBuns and Spelt OneBuns, both of which are organic. The spelt buns have slightly less calories at 160 per bun. 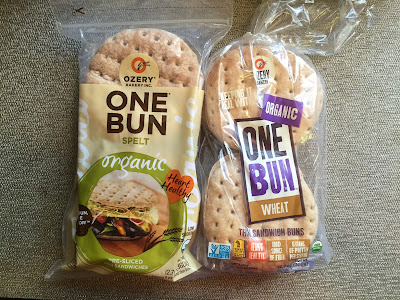 I've been using these in much the same way as the multigrain buns. They're great for sandwiches and for breakfast toppings. This morning, I had a spelt bun with Miyoko's Creamery Garlic-Herb Cream Cheese and tempeh bacon. The spelt buns are even softer than then multigrain! 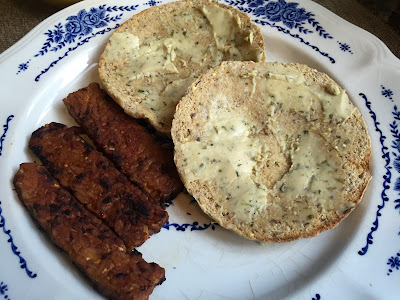 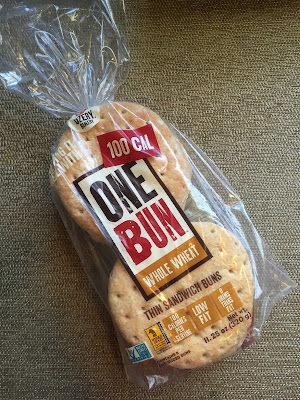 These are the perfect size for pre-run snacks before my Saturday morning long runs. When I go on shorter runs, I'm fine with a nut butter-stuffed date or a small energy bar. But on long run days — 6 miles or more — I need something a little heartier. I've been enjoying these 100-cal buns with one tablespoon of Endangered Species Cocoa Spread and banana slices before runs, and they're just right. The carbs, fat, and sugar gives me the energy I need without weighing me down or taking a long time to digest. On an 8-mile run last Saturday, this kept me going until about mile 6, when I scarfed down some mini Dandies marshmallows for extra energy (side note: Dandies make awesome mid-run fuel!). 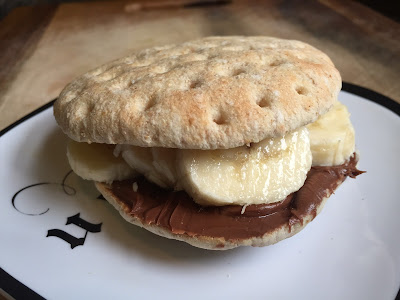 If a 100-calorie bun is still too much for small snack, Ozery Bakery even makes smaller OneBuns! These Multigrain OneBun Just Minis are little 70-calories bites that would be great for little slider sandwiches. 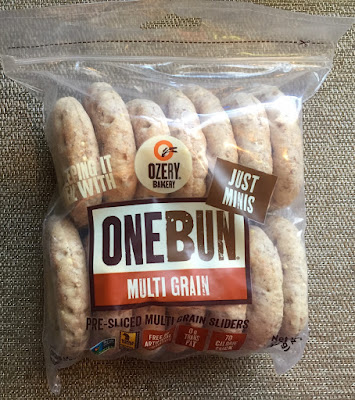 I've been enjoying them with a little hummus as pre-yoga treats. I have an hour-long yoga class at 11:30 on Thursdays, so it runs right through lunch time. I like to have a small bite before class to tide me over until I can get back to work and eat a real lunch at my desk. 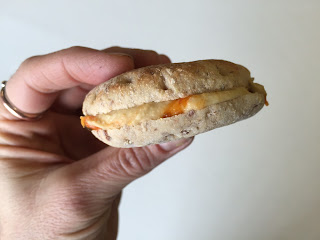 I can't even tell you how many Ozery Bakery OneBuns I've eaten since this shipment arrived, but I've been eating them almost every day and sometimes multiple times a day. I can't recommend them highly enough!
Posted by Bianca at 11:18 AM

Nice BUNS! lol ;)
I'm glad you get my sense of humor ;)
I need to catch up on your blog - forgive me!
http://MyBlissfulJourney.com