Hey y'all! Sorry I didn't blog last night, but Sunday night was kind of like Saturday night since I was off work for Memorial Day, so I took another day off blogging. I had such an action-packed weekend. I ran a half-marathon, which was pretty much the highlight, but I'll post all about that tomorrow and Wednesday. I have tons of pre-race and post-race food photos to share. I also painted my guest bathroom (which Paul calls his bathroom), went to Memphis' inaugural 901 Fest, and grilled out with friends.

I'll start with that grill-out update tonight and work backwards with race posts tomorrow! My friend Andy invited some friends over to grill for Memorial Day. Historically, my best friend Greg and I ALWAYS grilled out together on Memorial Day as the official kick-off to the summer, but Greg moved to Indiana, so I'm glad Andy invited me over or else I'd have had no one to grill with. Paul had to work today since Memorial Day is a big day for car dealers. Here's the crew that gathered at Andy's. In the back left is our friend Mike. Andy's the bald guy. Pam's on the right, and the dude in the middle is Andy's boyfriend Patrick. Andy's mom came too, but she went home before we took the pic. 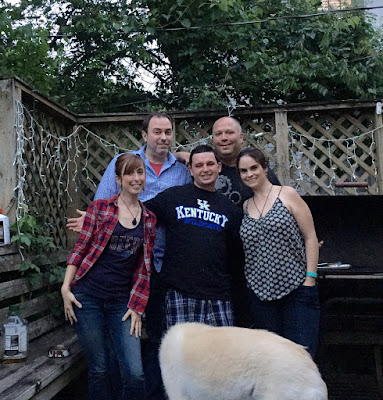 That fluffball in the foreground is Andy's dog Bella. She's awesome. Here's a better pic. 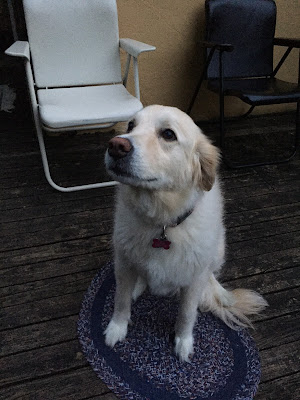 Andy and Patrick aren't vegan, so they cooked meat on their big grill. They bought a smaller tabletop grill for the vegans. Pam and I are vegan, and Mike is a pescatarian (but he ate totally vegan tonight). We had SO MUCH FOOD. Here's my plate — veggie dog on a whole wheat bun, half a Tofurky Italian sausage, bunless veggie burger with Daiya vegan cheddar and fixins, Beanfield's nacho chips, Lundberg smoky maple rice chips, and grilled squash and zucchini. 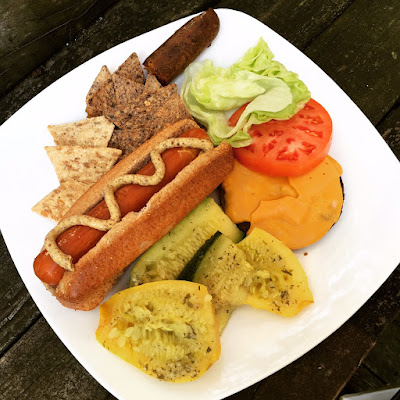 After I snapped this pic, Andy threw some roasted corn on my plate. 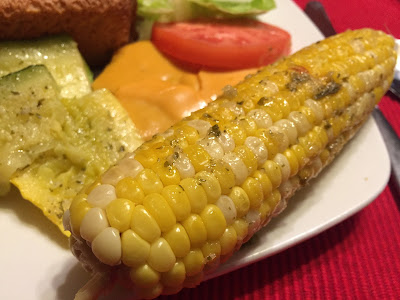 I ate ALL OF THAT (minus about half my hot dog bun because I was starting to get full). And I somehow found room throughout the evening for three beers. I started with this Coney Island Hard Orange Cream Ale. LOVE this stuff! I'm not usually a fan of sweet booze, but this one tastes so much like real orange cream soda (my fave soda). I can only drink one before it gets too sweet though. 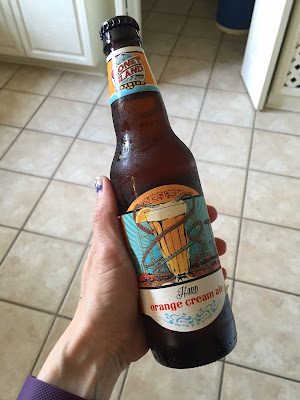 Next up, enjoyed with my food, was this New Belgium Heavy Melon. It's a watermelon lime ale, which sounds nasty. But it's actually really delicious and refreshing. It's not sweet at all, more like a light summery beer with a hint of watermelon rind. Look at Bella photo-bombing! 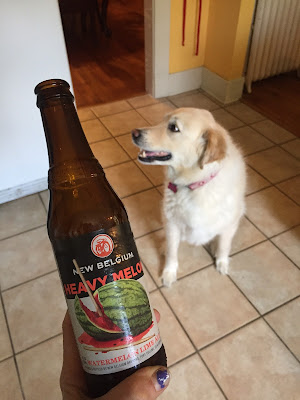 And finally, after dinner, I enjoyed a Goldcrest 51. This is a throwback beer based off a recipe from the Tennessee Brewery, a now-defunct brewing company that was located across from where my office is now in downtown Memphis. A beer fan in Little Rock acquired the original recipe, and now he's having it brewed and canned. It's good stuff — a solid lager that's just right for summer grilling. 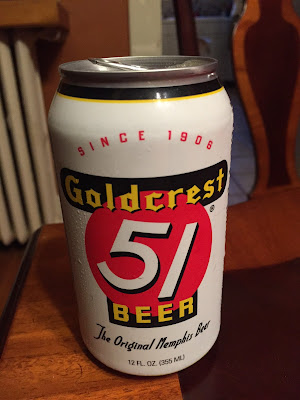 Hope you had a great Memorial Day!
Posted by Bianca at 10:24 PM

Congrats on the half marathon, that is amazing! It looks like you refueled that weekend with amazing bbq fare! Definitely a great looking spread and I'm going to have to watch out for the orange cream ale! That sounds delicious!