When I was in high school, I had this old thrift store tee that said "I run on pasta power." It was actually a Spaghetti Warehouse employee shirt, but it was super old and all soft and 80s cotton. I wore it all the time, paired with oversized JNCOs and Vans. Aw, the 90s.

Little did I know at the time that nearly 20 years later, I would, in fact, be running on pasta power. Literally. I don't buy too much into the whole carb-loading thing, but it definitely helps to have a reasonable amount of carbs the night before a run. And it's even better when that pasta not only has carbs but lots of plant-based protein! Explore Cuisine noodles have all that, and they're gluten-free and made from legumes and beans. They sent me a couple packages of their noodles to review. 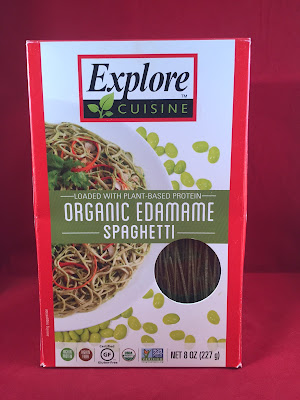 The dry noodles have a green tint from the edamame, but after cooking, they look a little less green. And they don't taste at all like edamame, even though that's literally the only ingredient in these. They just taste like regular gluten-free pasta, which I tend to prefer over gluten-full pasta. I'm not gluten-free, but I prefer the texture of non-gluten-containing pasta. The noodles are soft yet still chewy. They were wonderful topped with a jar of Trader Joe's Roasted Garlic Marinara and some baked tofu (even more protein!). I pressed the tofu, tossed it with a little olive oil and Italian herbs, and baked it in the oven. 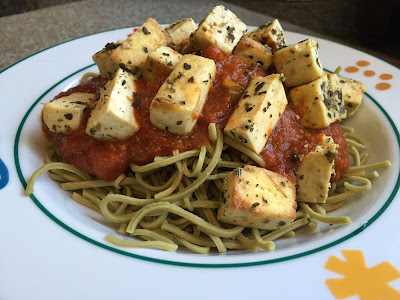 Additionally, they sent me an Organic Green Lentil Penne, which also retained a chewy yet soft texture. Again, it didn't taste like green lentils. And it has 36 grams of carbs and 13 grams of protein per serving. Oh, and bonus — this stuff is super low-fat with only 1 gram per serving. 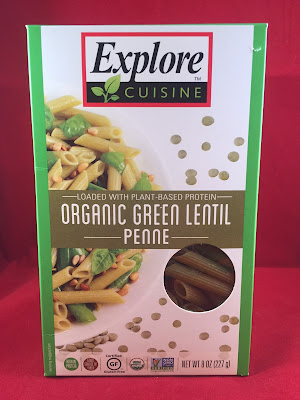 For this pasta, I decided to develop a fun and easy recipe. I whipped up a Vegan Roasted Red Pepper Alfredo loosely inspired by the vegan alfredo sauce in Happy Herbivore. That's long been my favorite vegan alfredo sauce, but I veered from that recipe a bit for this — adding a little more of this or that and, of course, adding a ton of roasted red pepper. By the way, on the side there is Cadry's Sesame Kale from Cadry's Kitchen (check it out!). 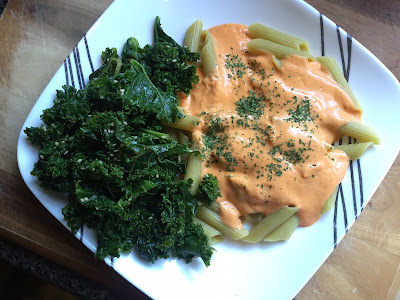 Prepare the pasta according to package directions.

Transfer the sauce to a small saucepan and heat over low heat until heated through. The sauce should be thick and creamy. Serve over pasta.

I'm so glad you reviewed Explore Asian and added those yummy recipes! I've been making their black bean spaghetti several times a week and never tire of it! I'm a diabetic vegetarian and gluten free. I really have to watch my carbs! Now instead of getting 44 or more grams of carbs in grain based gluten pasta, I get a mere 17 grams of carbs. Low calorie and low garb, is a win/win and the taste is awesome. Thank you!

Correction! That was 44 grams of carbs in grain based gluten free pasta!

I love seeing more of these gluten-free high protein bean/legume pastas come up. The more options the merrier!