I have sooooo many random meals to share, so I'm breaking my regular "stuff I ate" post into two parts. I'll share half the pics tonight and the rest tomorrow. So here goes! These are in no particular order by the way.

I'll start with this awesome sandwich I had last week at Pink Diva Cupcakery. It's called The Susan Sandwich, and it's stuffed with creamy chickpea salad and lettuce. It's named after my editor Susan, who thought it'd be a good idea for Cassi to put a sandwich on her menu shortly after she opened. 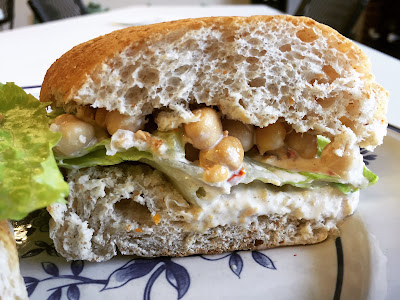 Cassi doesn't like bread, so she kind of forgot about sandwiches. But she created this chickpea salad spread and named it after Susan. Now, Cassi also serves a BBQ tofu sandwich and a vegan fried fish sandwich, and she sells this spread by the tub at Curb Market.

I had this BLTA (vegan bacon, lettuce, tomato, and avocado) sandwich at Imagine Vegan Cafe one Sunday at brunch a few weeks back. Classic! Served with a side of garlic kale. 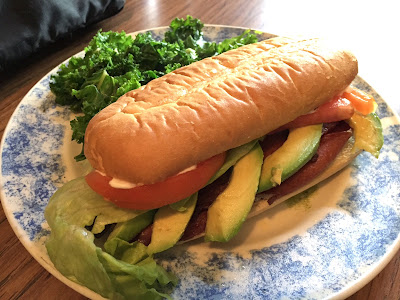 While we're on the subject of sandwiches, here's a Boca Essentials Sweet Potato & Red Quinoa Burger on an Ozery Bakery OneBun with homemade baked sweet potato fries. I know Boca has a reputation for putting out bland burgers, but these new Boca Essentials are freakin' amazing, especially when topped with Follow Your Heart Pepper Jack. I had this at my desk at work one day last week. 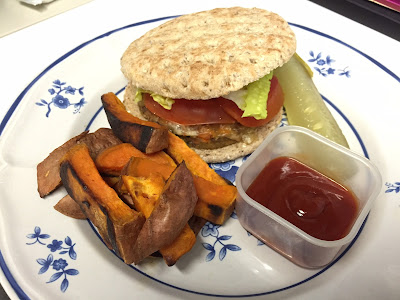 I blogged all about Ozery Bakery's awesome OneBun sandwich thins last week, but since then, I've eaten them in even more new ways. I absolutely love these buns. One day last week, I whipped up some Follow Your Heart Vegan Egg and melted Miyoko's Creamery Smoked Farmhouse cheese in it (a tip I learned on the Rise & Resist podcast!). Had an Ozery bun with Miyoko's Cultured VeganButter on the side. 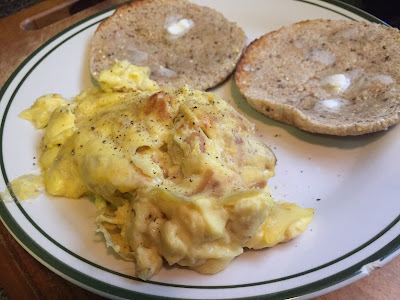 The Ozery 100Cal OneBun is perfect for a pre-run snack. On Saturday, I topped one of those with Miyoko's Creamery Garlic-Herb Cream Cheese and homemade fig jam before a 9.5-mile run. 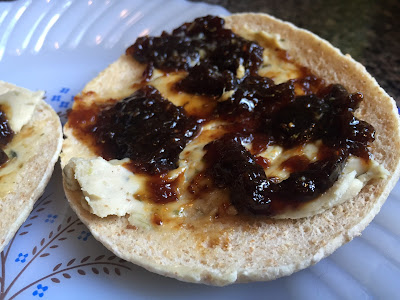 As you can see, I REALLY like bread! But hey look! Juice! I've been making lots of juices from the Juice Guru book I reviewed awhile back. Had this Maca Magic Juice this morning — cucumber, apple, pear, powdered maca. You can see Maynard's little booty in the background. 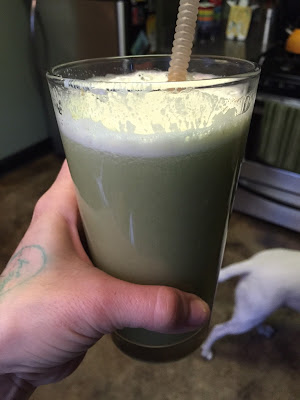 I attended the Beale Street Music Festival two weekends ago and saw Zedd, the Violent Femmes, Weezer, Cypress Hill, Better Than Ezra, Beck, and the Gin Blossoms. I've been going to that fest every year for over a decade, and it hasn't always been very vegan-friendly. But there were a number of options this year! I found these Vegan Noodles (clearly marked "vegan" on the menu) at the Island Noodles stand. They're were loaded with veggies and were delightfully greasy. Perfect with beer and easy to eat standing up while my friends made me suffer through Paul Simon. Hated Paul Simon, by the way. Boresville. Sorry if you're into him, but that just wasn't my thing. 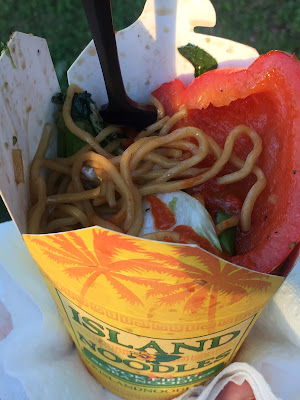 One more random meal! Broccoli and Leahey Gardens Vegan Cheese Sauce! I always keep a bag of Leahey Gardens Cheese Sauce Mix in the pantry. It keeps forever, and it's super-simple to make. I had this today at lunch with a side of the Vegan Alfredo Pasta that I shared in yesterday's post. The broccoli was from the Memphis Farmers Market, and it was the best! 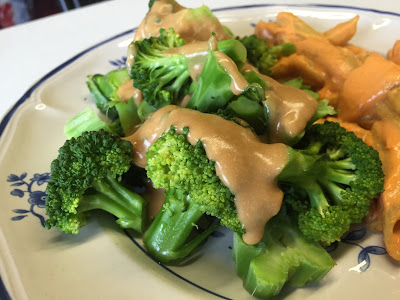 More randomness coming at ya tomorrow!
Posted by Bianca at 8:26 PM

That chickpea salad sandwich looks amazing! So does the tempeh avocado one...
I feel obligated to order menu items labeled vegan at festivals and concerts- even if it's not what i want- to show support and encourage them to keep it up
Ttrockwood

I am glad she remembered about sandwiches, because I love sandwiches. :)
And obviously if I ever make it there, I will need to order the Susan sandwich because I share its name.

Everything looks so yummy- especially the noodles. Nothing is better than some greasy noodles.

I agree with you, not a big Paul Simon fan. I have two or three songs I like by him, and that's it. It drives my husband nuts, he loves Paul Simon XD