I'm back with more random meals! Lots of stuff from Imagine Vegan Cafe in this post. Last week was their five-year anniversary, and they had all kinds of specials (free milkshakes, free cake, gift certificate giveaways). Imagine has been my home away from home since the very day it opened five years ago. I was there for opening day, and I've been eating there about once a week (sometimes more) ever since. At the time they opened, they were the only vegan restaurant in town.

Now, we have a handful of others (including my friend Cassi's Pink Diva Cupcakery!), but Imagine paved the way. It still amazes me that, when dining out in Memphis, I'm overwhelmed by choices these days. When I went vegan in 2004, there was one little vegan cafe that very quickly went under. And for years after that, there was nothing — just a few menu items here and there at non-vegan places. But today, Memphis is totally vegan-friendly city!

Anyway, back to Imagine. They started off anniversary week by giving out free chocolate cake baked by my friend/Imagine's former baker, Stephanie. She's taking a break from baking professionally, but she stepped up to create this melt-in-your-mouth chocolate cake with fluffy chocolate buttercream and ganache. I stopped by Imagine for my slice! 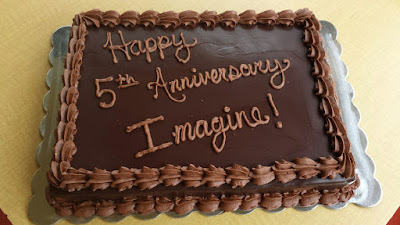 I didn't order a full meal there on cake night because I'd already planned to bake a pizza for dinner. But I did pick up a bowl of Imagine's Vegetable Soup to take home and eat with said pizza. 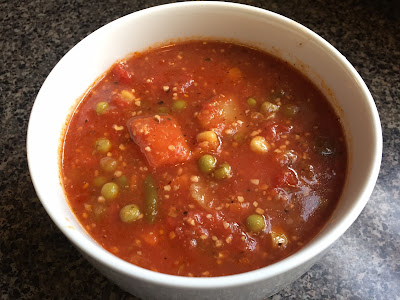 That pizza was a Tofurky Barbecue Chick'n Pizza, one of their new frozen pizza flavors. It's loaded with shredded vegan chicken, roasted corn, and onions. It has a barbecue sauce base, but I added extra sauce. 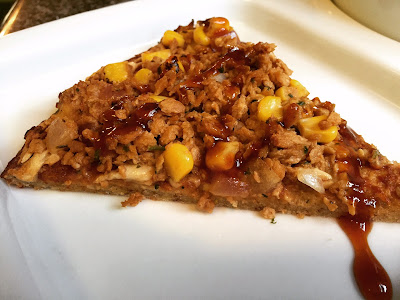 Okay, but back to Imagine. On Tuesday of last week, they were giving away free potato salad with any purchase. The potato salad isn't on their menu, but they make it for special occasions — potlucks, parties — in the restaurant. I've had it before at owner Kristie's birthday potluck, and it's so good. It's a mashed potato salad. I ordered the Messy Dog to go with it — veggie dog, chili, cheeze, onions, kraut, Vegenaise, and jalapenos. 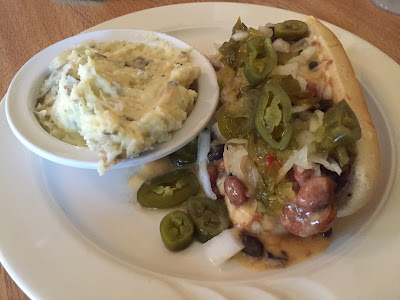 Imagine specializes in comfort food, and they have lots of plant meat-based menu items and a fair amount of fried stuff. I love that because I tend to cook really healthily at home. And when I eat out, I want to splurge. But some customers have asked for more veggie-based options, so they've got a new chef named Don, and he's doing weekly specials made from locally grown veggies. This week, he's doing Mushroom & Onion Tamales Wrapped in Local Chard Greens with Strawberry Chipotle Sauce, Black Beans, and Brown Rice. I just HAD to try that! It sounded amazing. So I stopped in last night for an order. And holy hell!!!!! This dish was amazing and creative, and I felt so good about myself after I ate it. 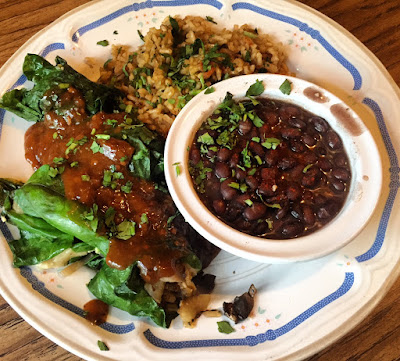 I was planning on just eating that, but I saw Imagine had one last bowl of Vegan Banana Puddin' in the dessert case. Y'all, I haven't had banana puddin' in at least a decade because it's never vegan. And I'm sure it's easy to veganize, but I don't really see myself making a whole thing of it just for me. I was so happy to have a nice, individual serving. If you're not familiar with this distinctly Southern dessert, it's just banana pudding, banana slices, whipped topping, and vanilla wafers. 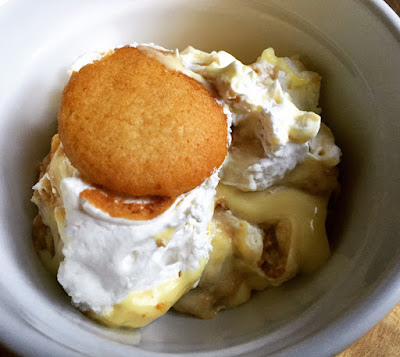 Speaking of fun finds, check out what I stumbled upon at the Memphis Farmers Market last Saturday! Smoked Tofu! I usually just walk right past the meat sellers because I have no interest in that, but for some reason, I glanced over at the Pigasus booth and saw a sign that said "Smoked tofu, $5." How cool! I love smoked tofu but don't own a smoker, so this was a great find. 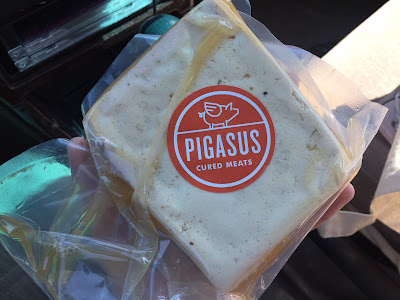 I chopped some up later in the day for a salad. It has a mild smoky flavor that really paired well with my vegan bacon bits. I've also been slathering the tofu with barbecue sauce for dinners this week (but I've failed to take any pics). 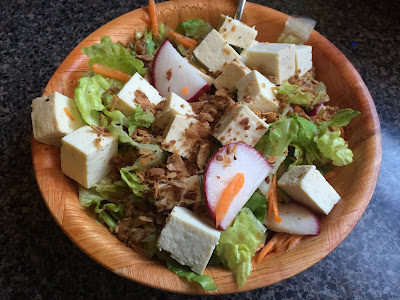 Today for lunch, I stopped by Pink Diva and grabbed Cassi's special of the week — Vegan Fish Tacos! These have brown rice, black beans, tomatoes, lettuce, black olives, and a sriracha aioli. I went with avocado-kale salad as my side. These tacos were really yummy and absolutely loaded with deep-fried (YES!) Gardein Fishless Filets. 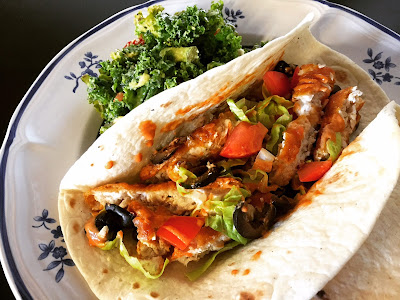 here's to many more years of success for Imagine cafe! That cake is absolutely gorgeous! I've never had vegan banana pudding, but i really want some, that looks so incredible! I agree with unknown, mashed potato salad totally mystifies me too. I can't even wrap my head around it!

That's so great that they have experienced so much success! That banana pudding looks so amazing and the soup looks really yummy too. The cake is really pretty and looks delicious!