Sorry again for the lack of posting yesterday. My internet at home has gone out again! Yep, it was fixed for all of 24 hours, and now I have to wait for a technician to come by on Friday morning. Comcast super sucks, and I'm seriously considering a switch to AT&T U-verse. This isn't the first (or even second) time I've had multiple connection issues over a span of days. Anyway, I'm posting a very short review from my office internet. The other posts I had planned for this week will just have to wait until next week.

But I do have something delicious for you today — Justin's nut butter! 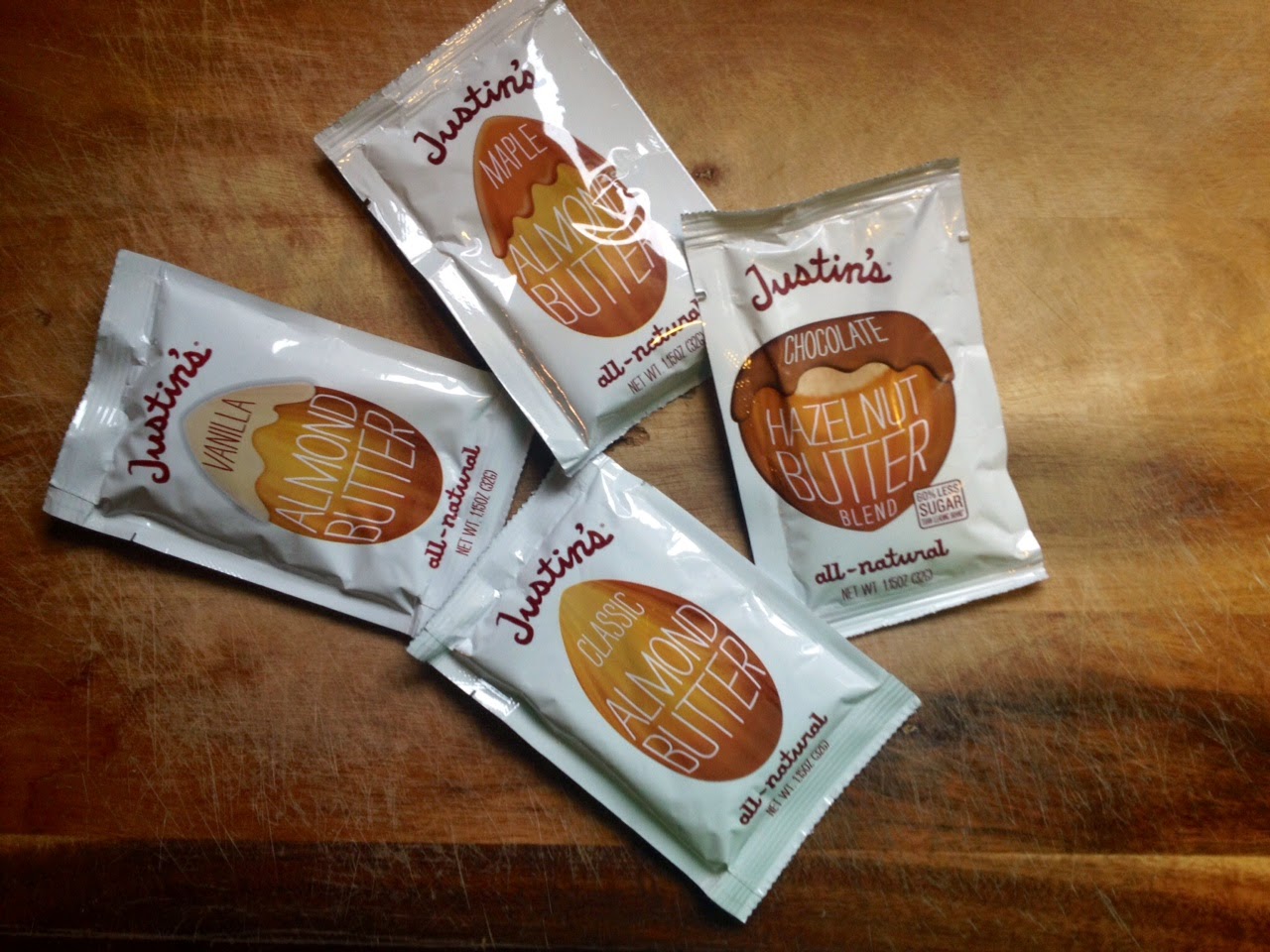 Justin's sent me some sample packs (pictured above) and a full-size jar of their Classic Almond Butter. 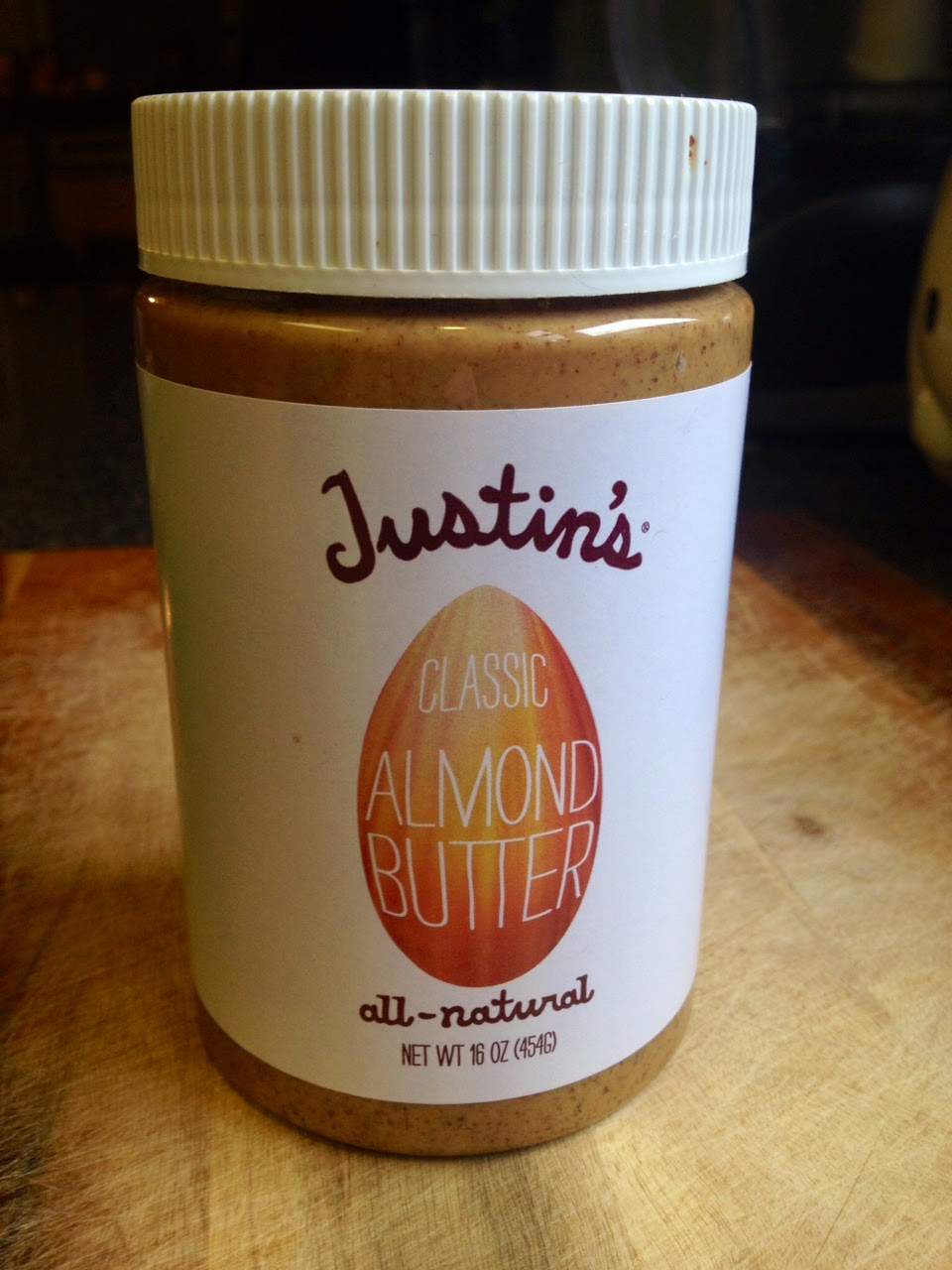 Now I know these are nothing new to nut butter connoisseurs. But some of the flavors they sent were new to me! I had no idea they made a Vanilla Almond Butter. I'll go for vanilla over chocolate any day, and this nut butter was so perfect. Just the right hint of vanilla. I first tried it with slices of local honeycrisp apple. 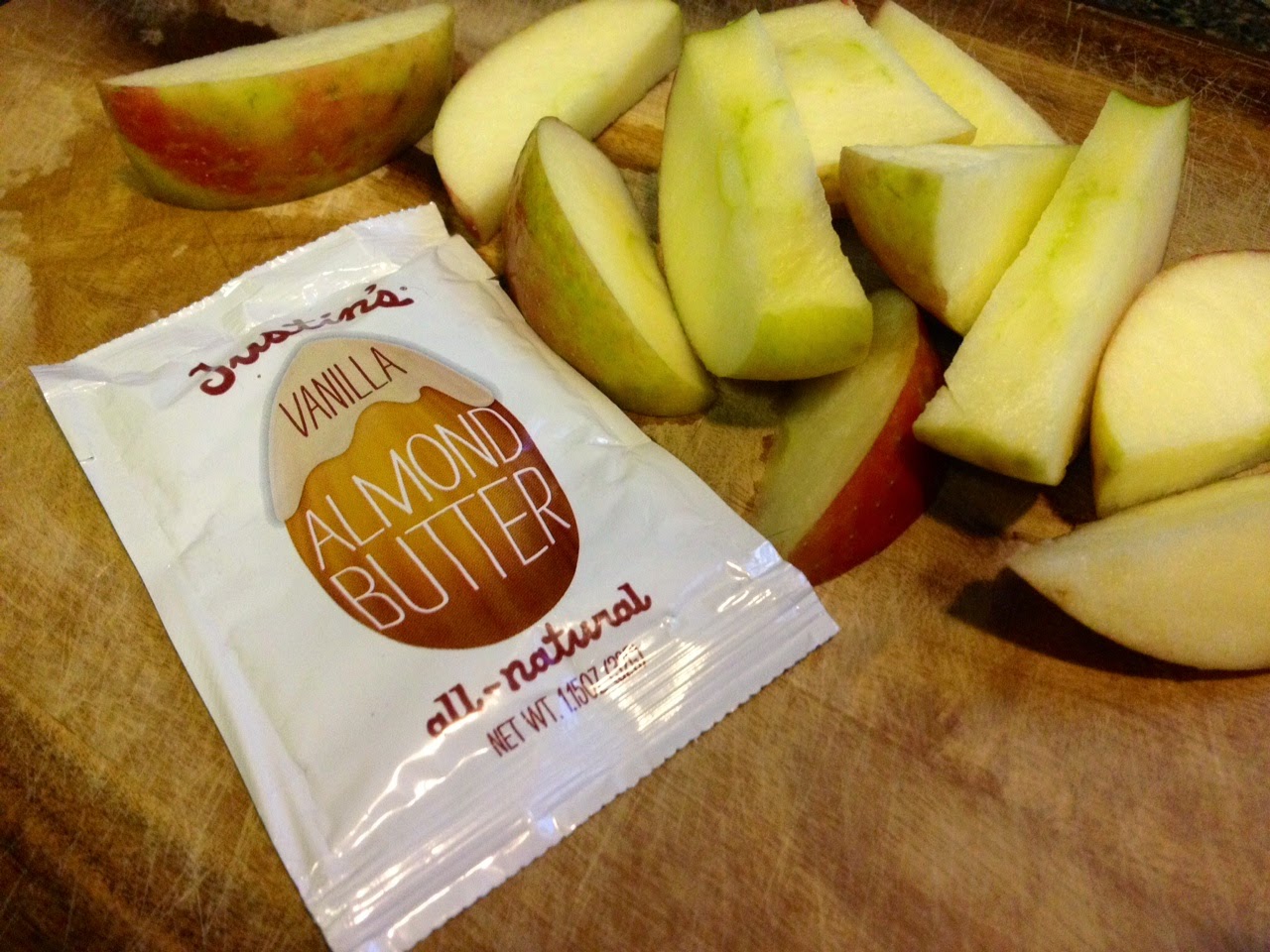 But you know what? The sweet apple, delicious as though it was, really masked the flavor of the vanilla nut butter. I ended up eating the nut butter by itself, straight from the squeeze pack, and then eating the apple slices with the Classic Almond Butter instead. Much better fit.

I was hoping to show you all kinds of new ways to use Justin's nut butter, but then I realized that nut butter is best enjoyed on its own, especially when it's flavored with maple, chocolate, vanilla. I've been eating most of my stash (they sent a TON of squeeze packs) straight up. Or smothered on bland sprouted grain toast with a little Bee-Free Honee. This is the best pre-long run fuel for me. 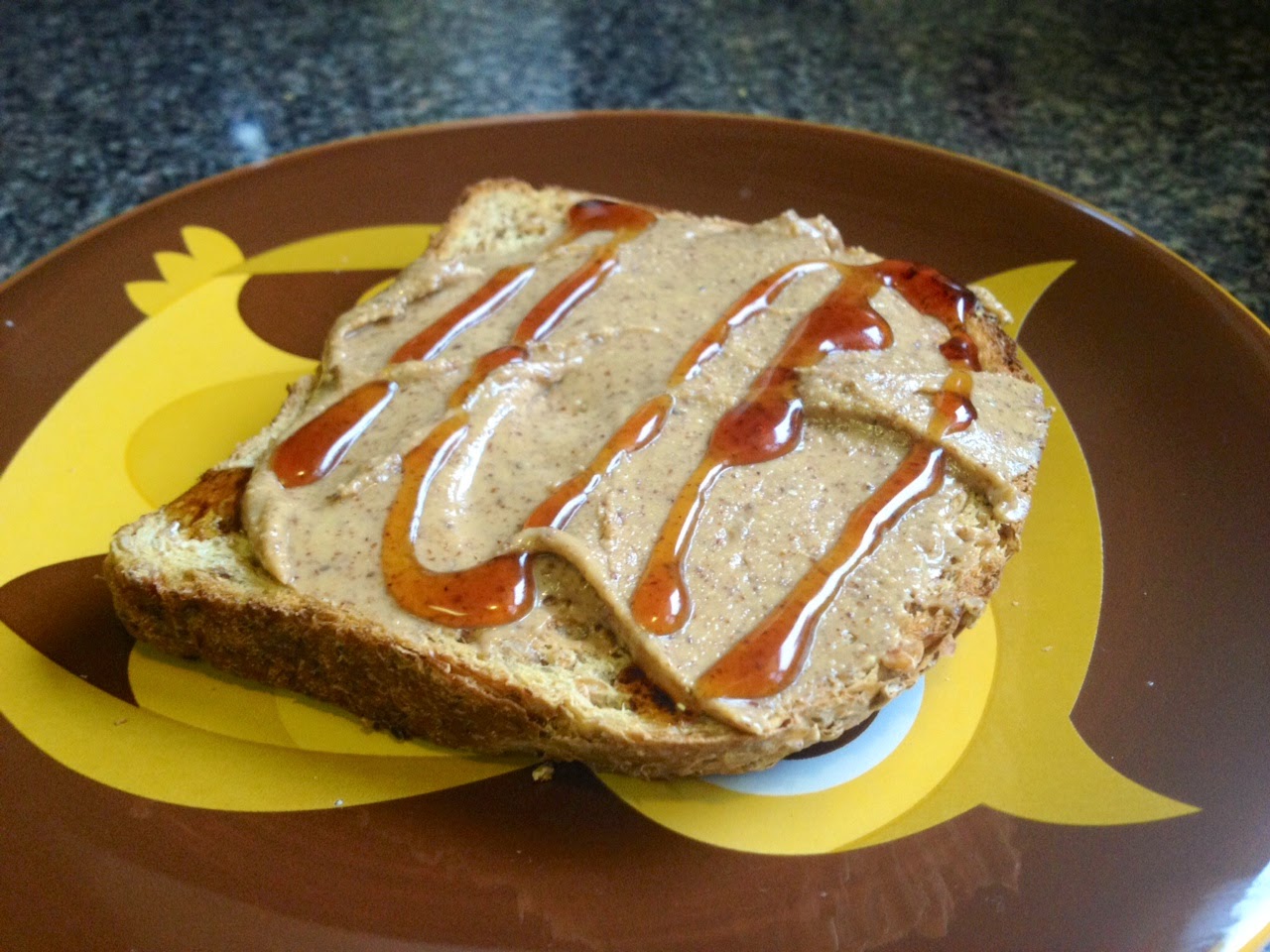 I did use some of the nut butters in smoothies though. I tried this Vega recipe for a Hazelnut Chocolate Smoothie, and it was so creamy and delicious. It contains two tablespoons of the hazelnut butter (which tastes like Nutella!), avocado, and frozen banana. So basically, it's the creamiest smoothie ever. 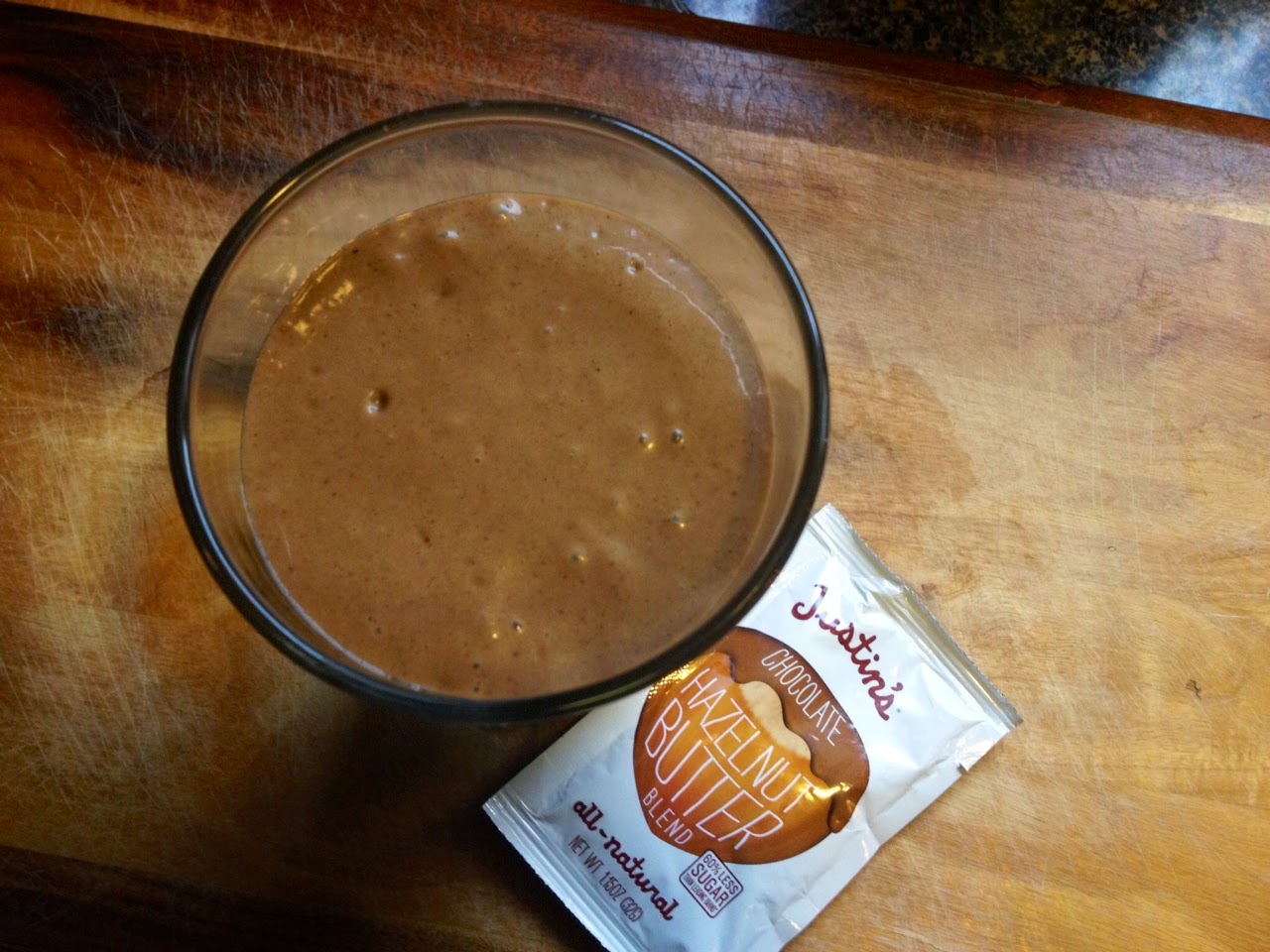 I also tried this same smoothie using the Justin's Chocolate Almond Butter, another new to me flavor. Equally delicious!

Fingers crossed that my internet is repaired tomorrow and I can get back to my regular posting schedule!
Posted by Bianca at 2:05 PM

I LOVE Justin's nut butters! I have the chocolate and vanilla almond nut butters in sandwiches.

Yum! I have yet to try the flavored ones. It looks like I've been missing out!

Justin's is great. You should check out Wild Friends Foods collection of flavored nut butters too. Responsible ingredients and started out of an apartment at the University of Oregon by a couple enterprising young ladies who wanted to avoid the rain after running out of peanut butter. Great story and a great product! Check 'em out at wildfriendsfoods.com