This past Friday night, my friends Vaughan and Nicole hosted my birthday party at their new house. I'm a sucker for a theme, and I'm all about cats right now (and always have been and always will be). So my theme was CATS! Everyone had to come dressed as a cat, and if they didn't have a cat costume, one was provided. Vaughan and Nicole have an amazing costume collection!

Here are a few of the cat girls! 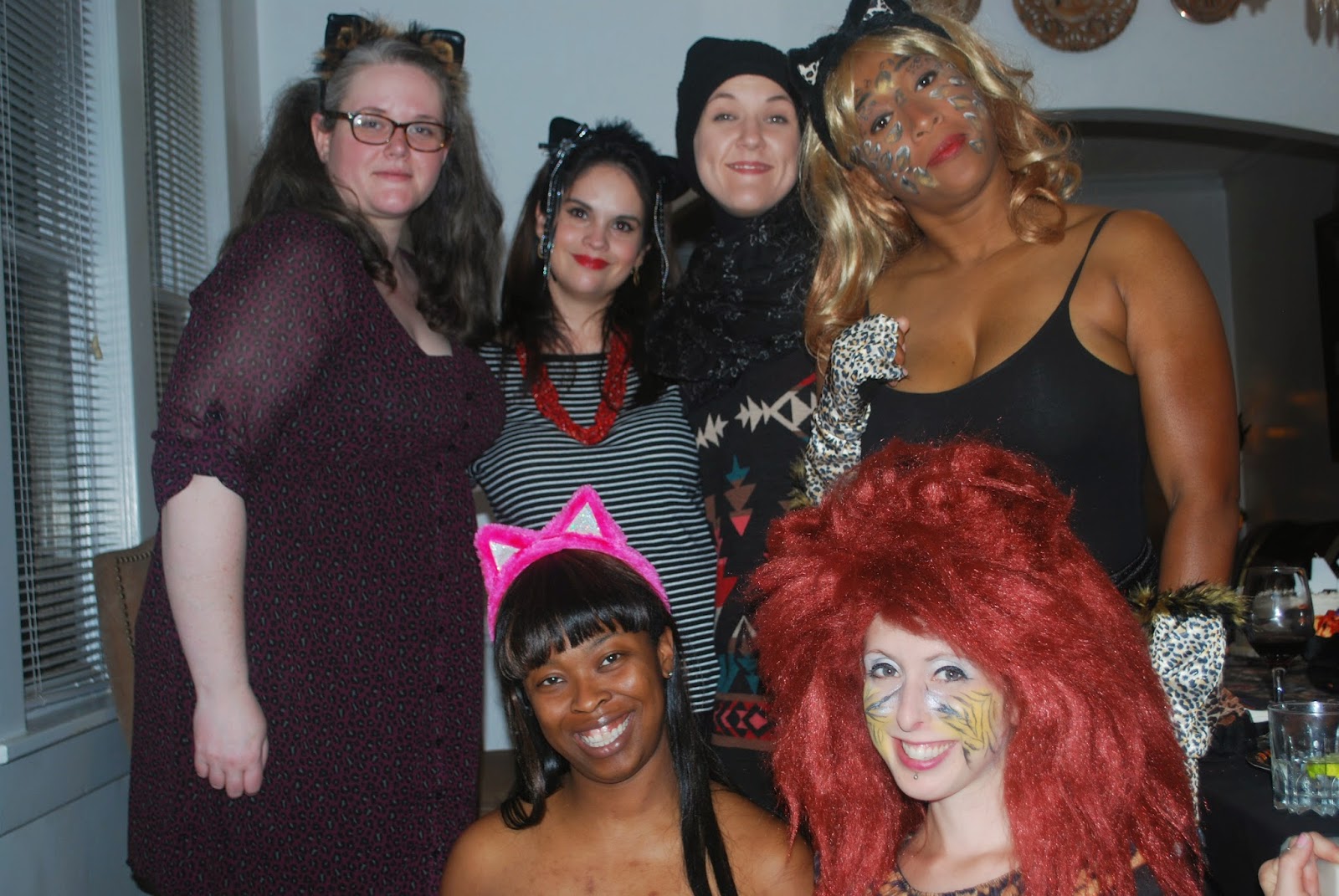 And here's my whole look. My ears are made out of hair!!! And my leggings don't match at all, but look! Cats!!! 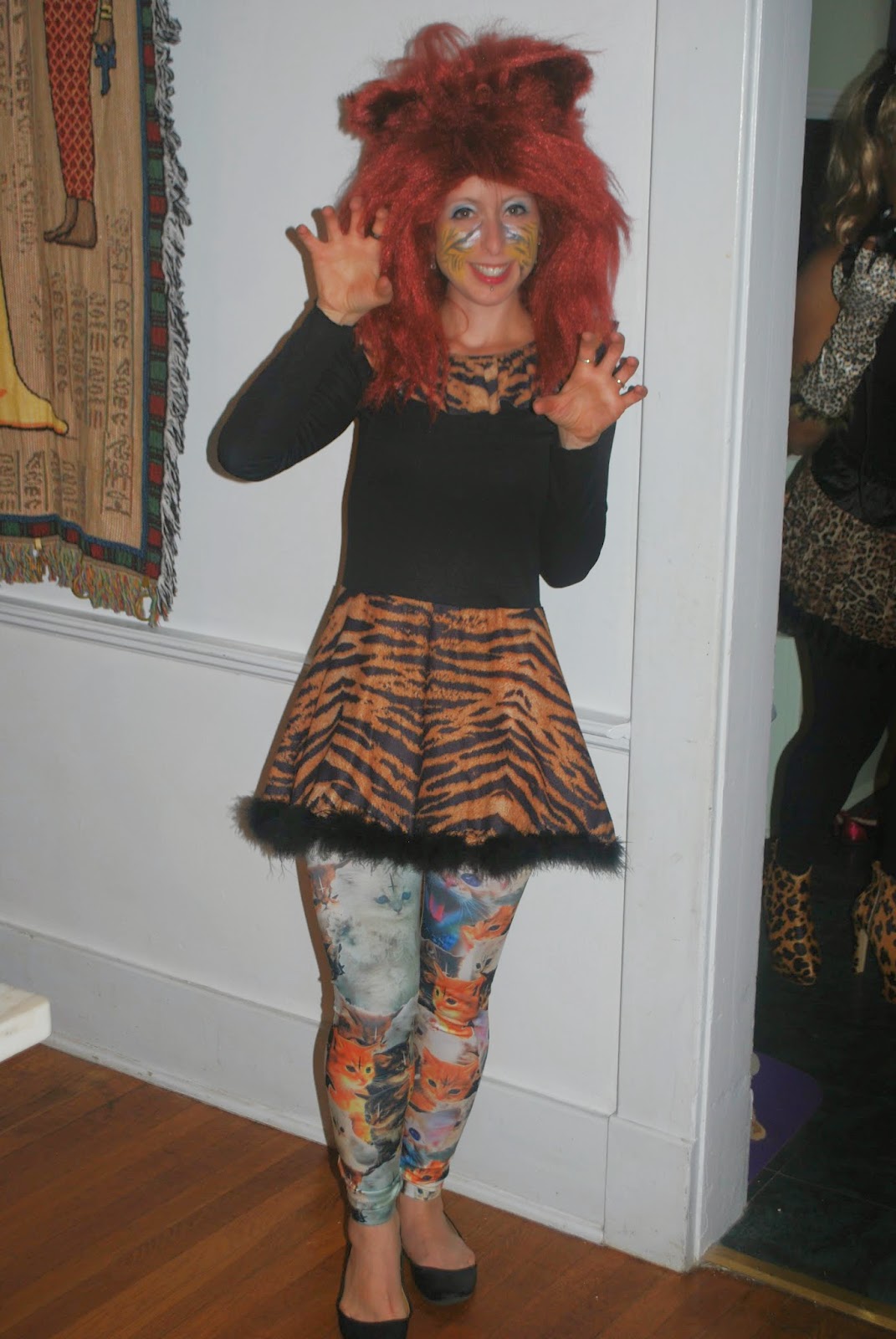 I tried to make a few cat-themed party snacks. I mixed some green onion dip mix with Tofutti sour cream and called it Catnip Dip. 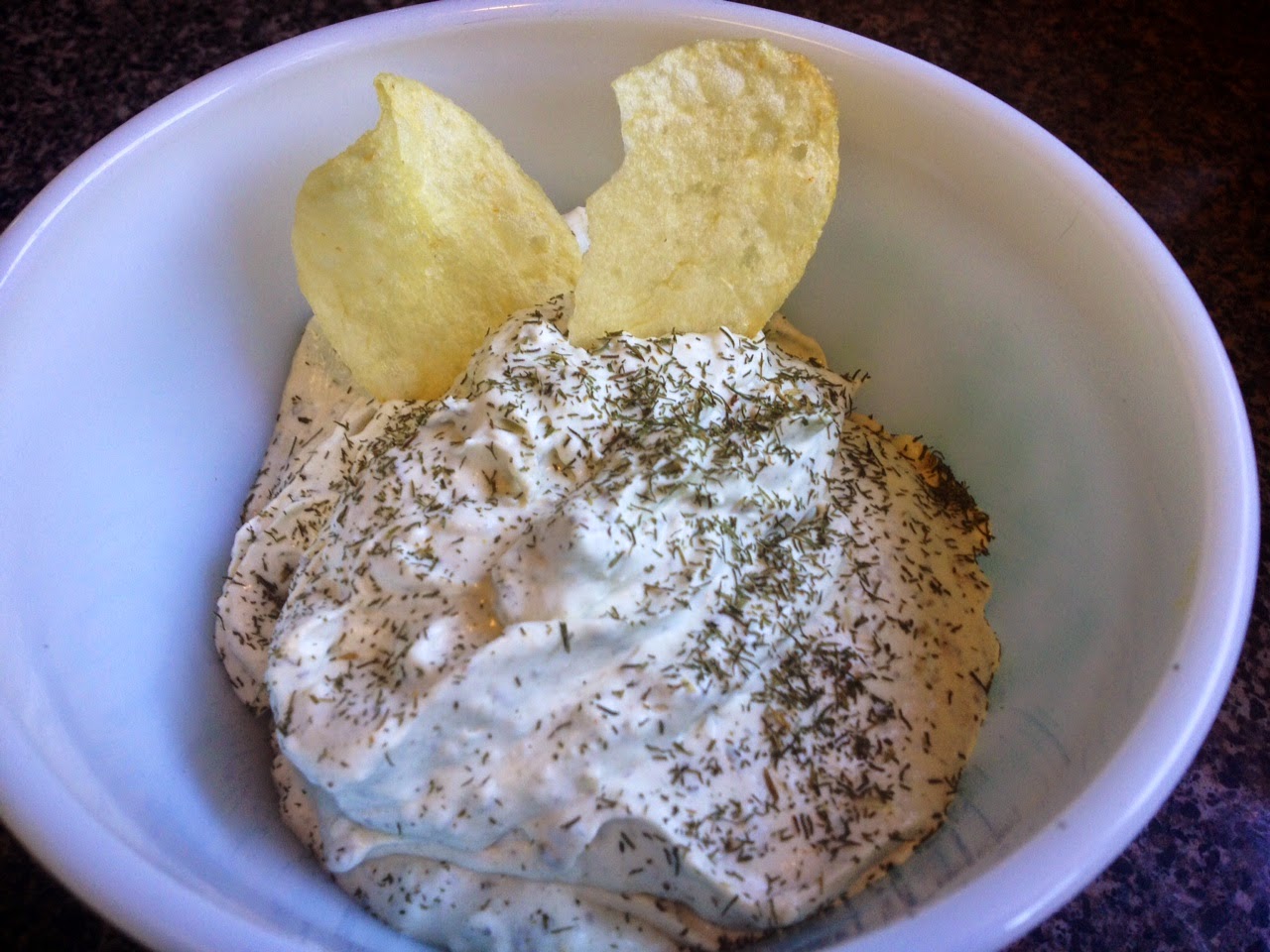 And I attempted to make cat-shaped soft pretzels, but um, they didn't turn out so cat-like. Tasty though. I used the boxed Auntie Anne's pretzel mix. It's vegan. 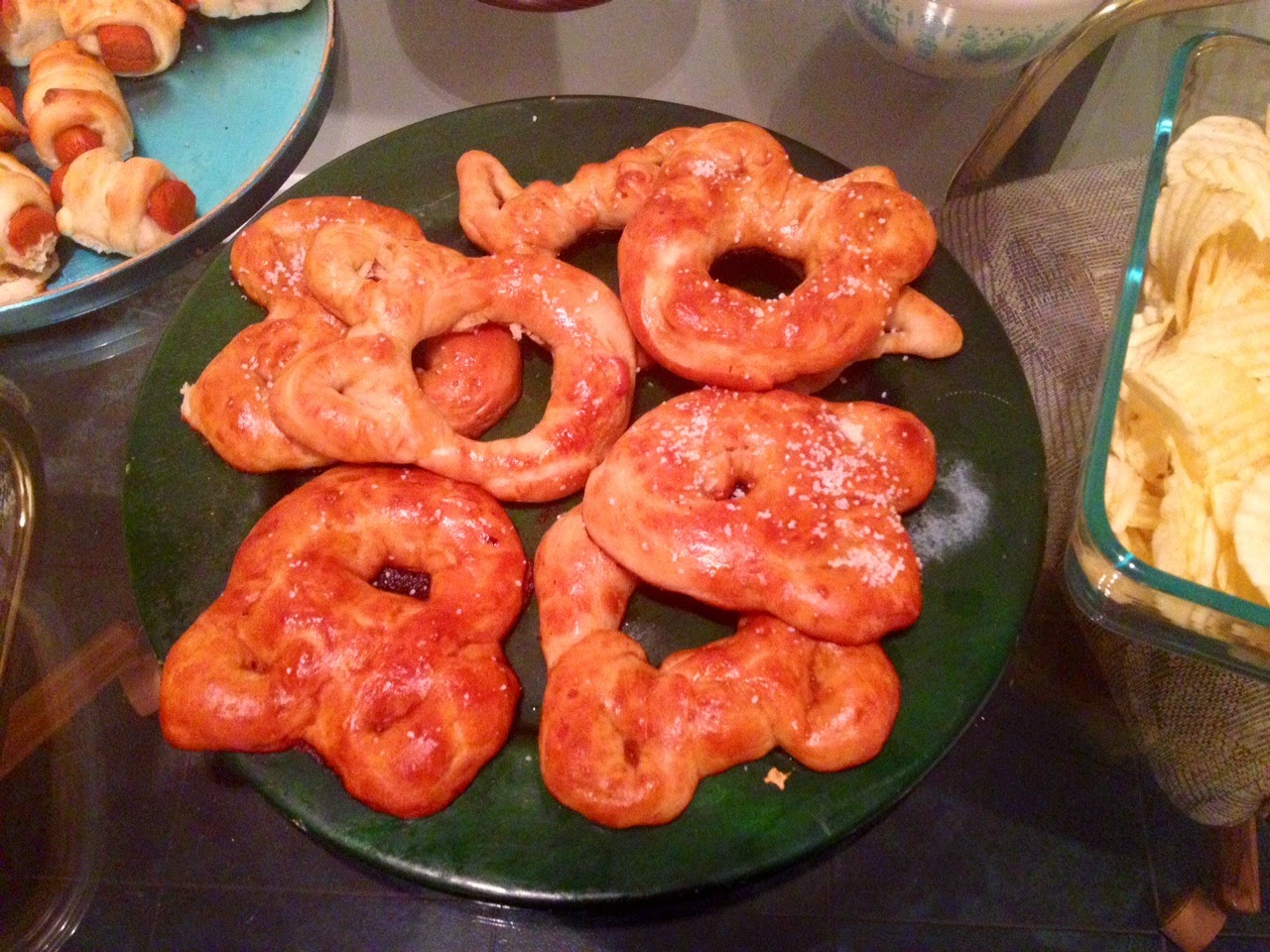 I also used some pretzel dough to wrap vegan hot dogs for Cat Tails. But I accidentally deleted the picture in my phone! Here are the cat tails are on the table with the rest of the snacks Vaughan provided — Guacamole (his guac is so good!), Roasted Pine Nut Hummus, Mixed Nuts, Grapes, and Veggie Straws. 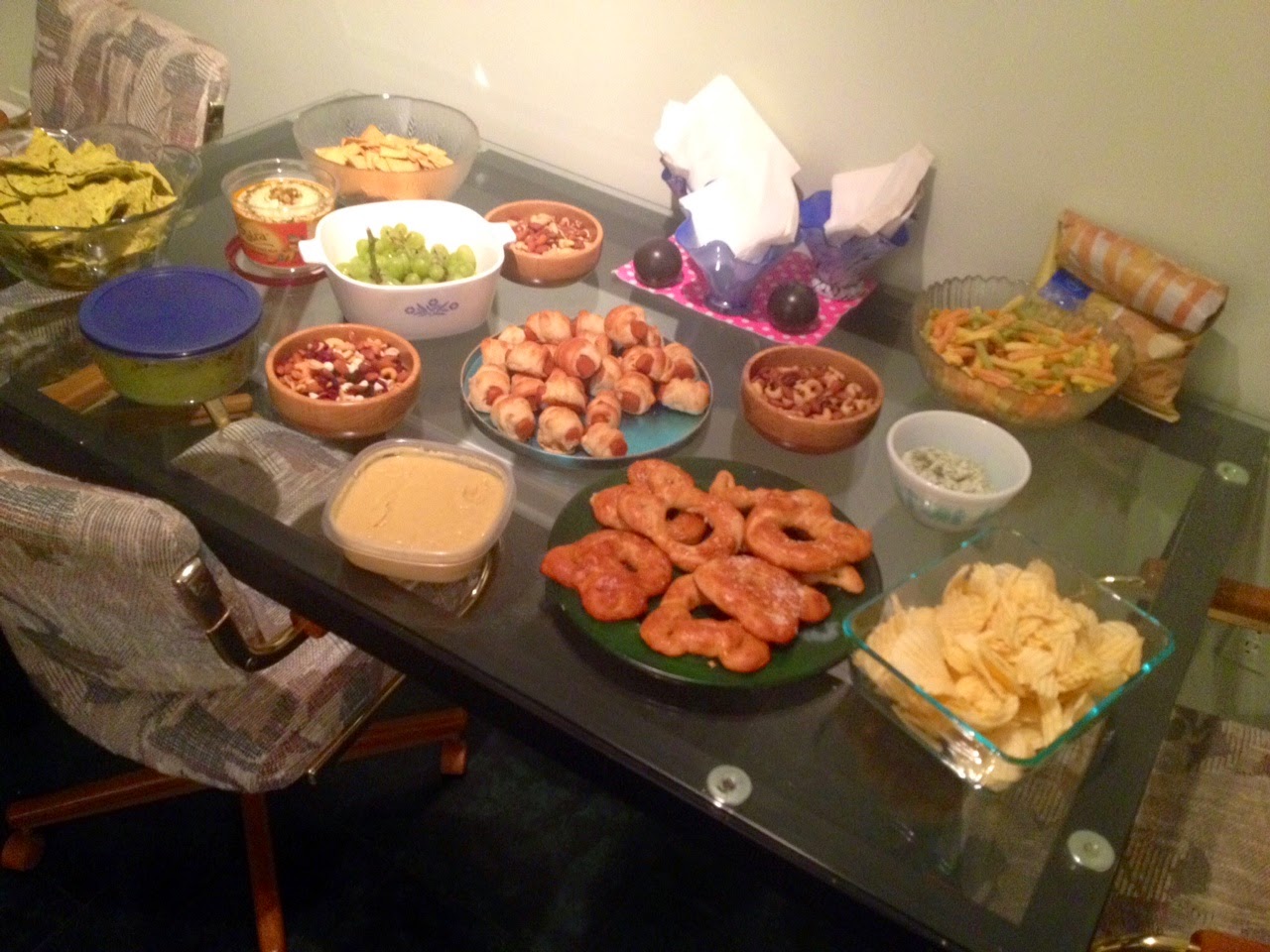 I even drank cat-themed beer. I found this Indian Tiger beer at the Cash Saver. Just a traditional light lager. Not the best beer, but hey, it had a Tiger on it. I had the beer manager Taylor helping me look for beers with cats on the label, and there aren't many. There seems to be beers with every other animal but not cats. Someone needs to fix that. 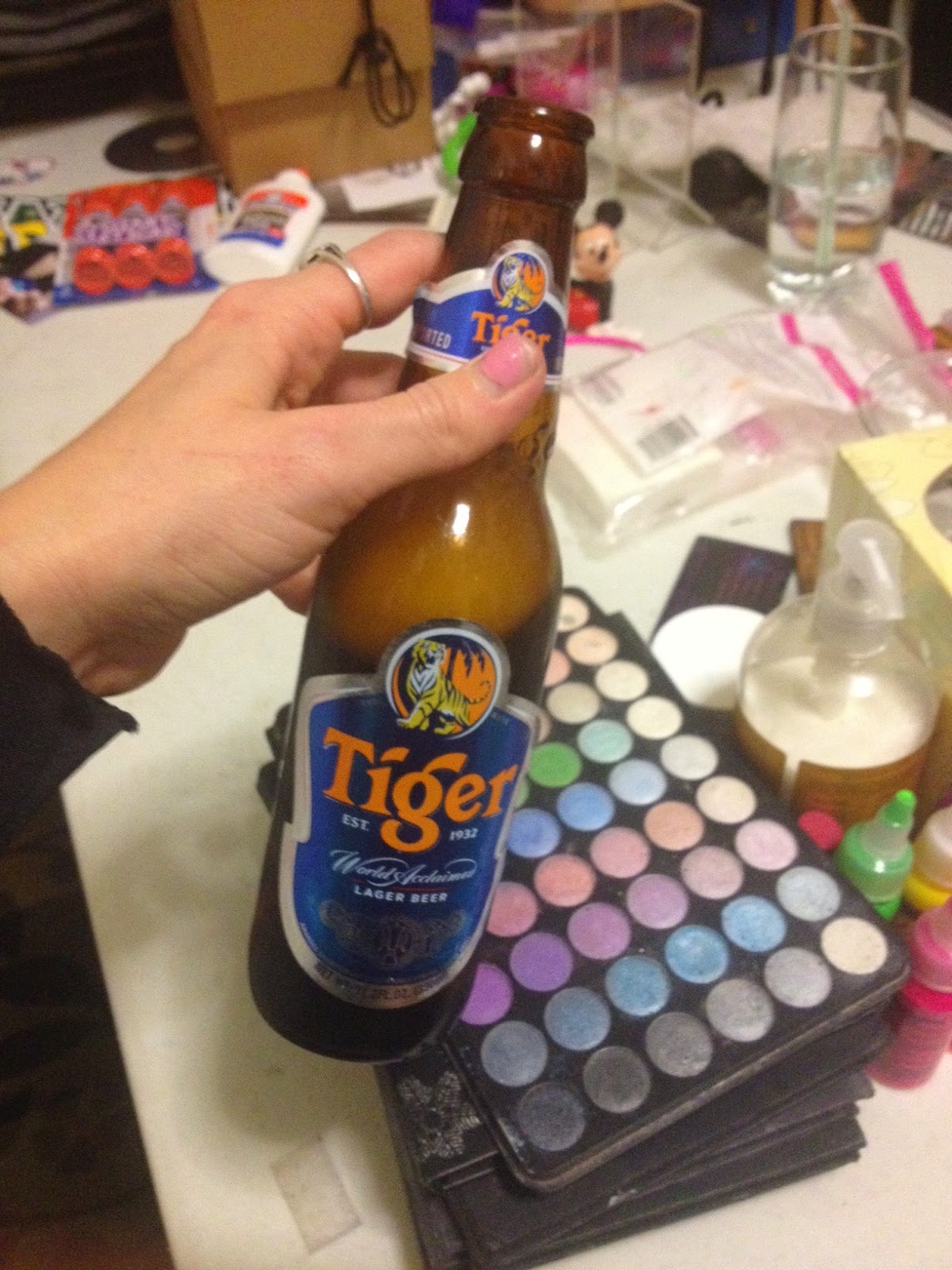 My friends even got me cat-themed gifts! I got a kitty Chia Pet, a space cat dress, a cat tarot deck, cat magnets, and lots of other cool stuff non-cat stuff. I even got a crazy cat lady purse! (Notice my friend Andy in the background not in costume. He's just a cool cat. No costume needed.) 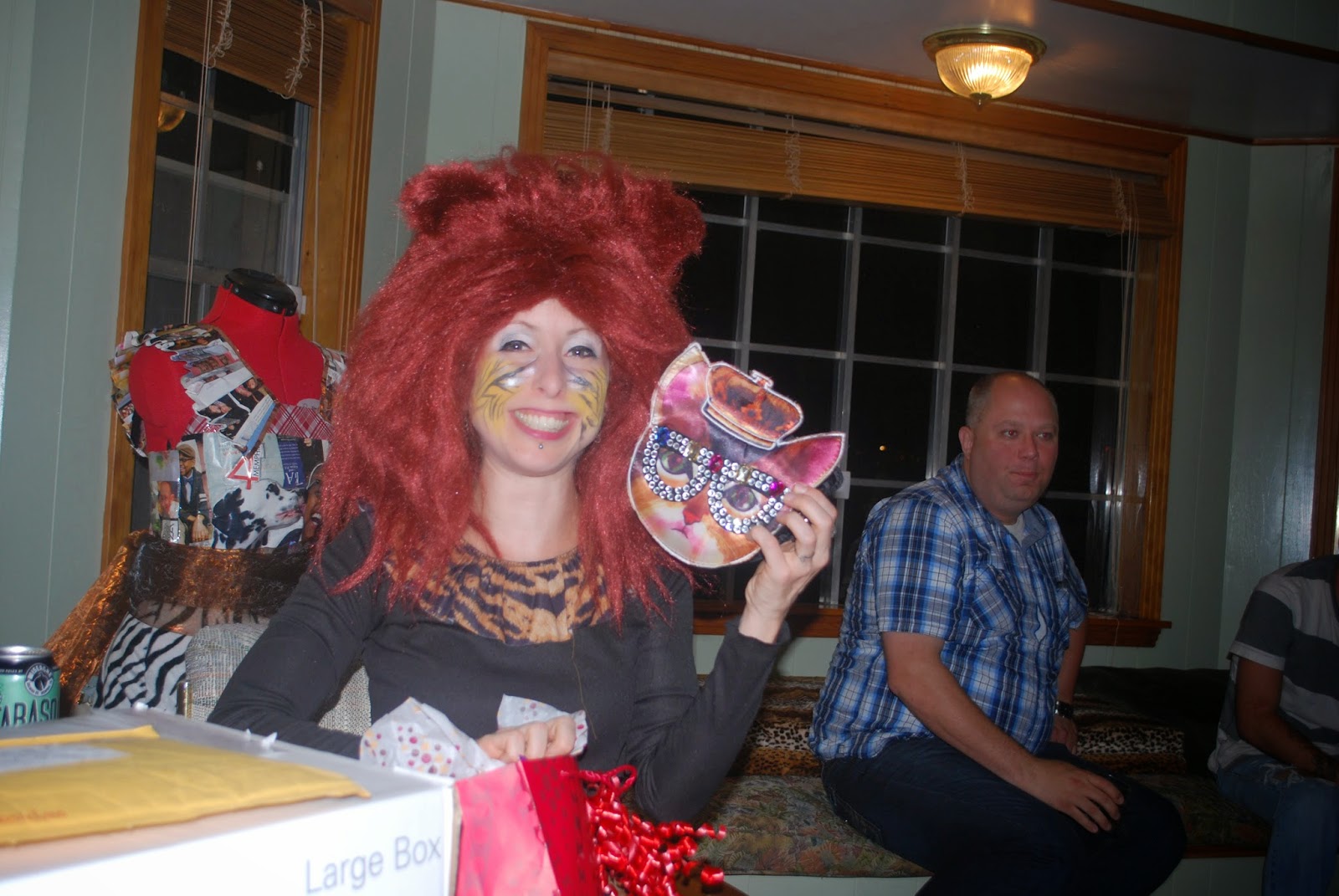 Aw man! I'm so sad that I missed this party! Looks awesome! Yay cats!! And happy purrday! Haha, so cute!

Hahahaha This is fantastic!