Veggin' Out: Round One!

A couple weeks back, I mentioned this crazy idea that my friend Stephanie had. She's kind of obsessed with the British food reality show, Come Dine With Me. On the show, four strangers each take turns hosting a three-course dinner party at their house for the four of them. After each dinner, the three guests who didn't host score the party on a scale of one to 10. The host with the highest score wins.

She suggested we do a vegan version and film it for "reality show" webisodes. So four of us got together and planned available dates in October that each of us could host a dinner party. Our friend Megan's husband Joey is a film dude, and he and his film friends volunteered to shoot and edit! And since we can't legally use the Come Dine With Me name, we named out show Veggin' Out.

Tonight was round one — Megan's turn! Here's Megan (the cook, on the left) and guest Pam (stealing leftovers after the party, of course). 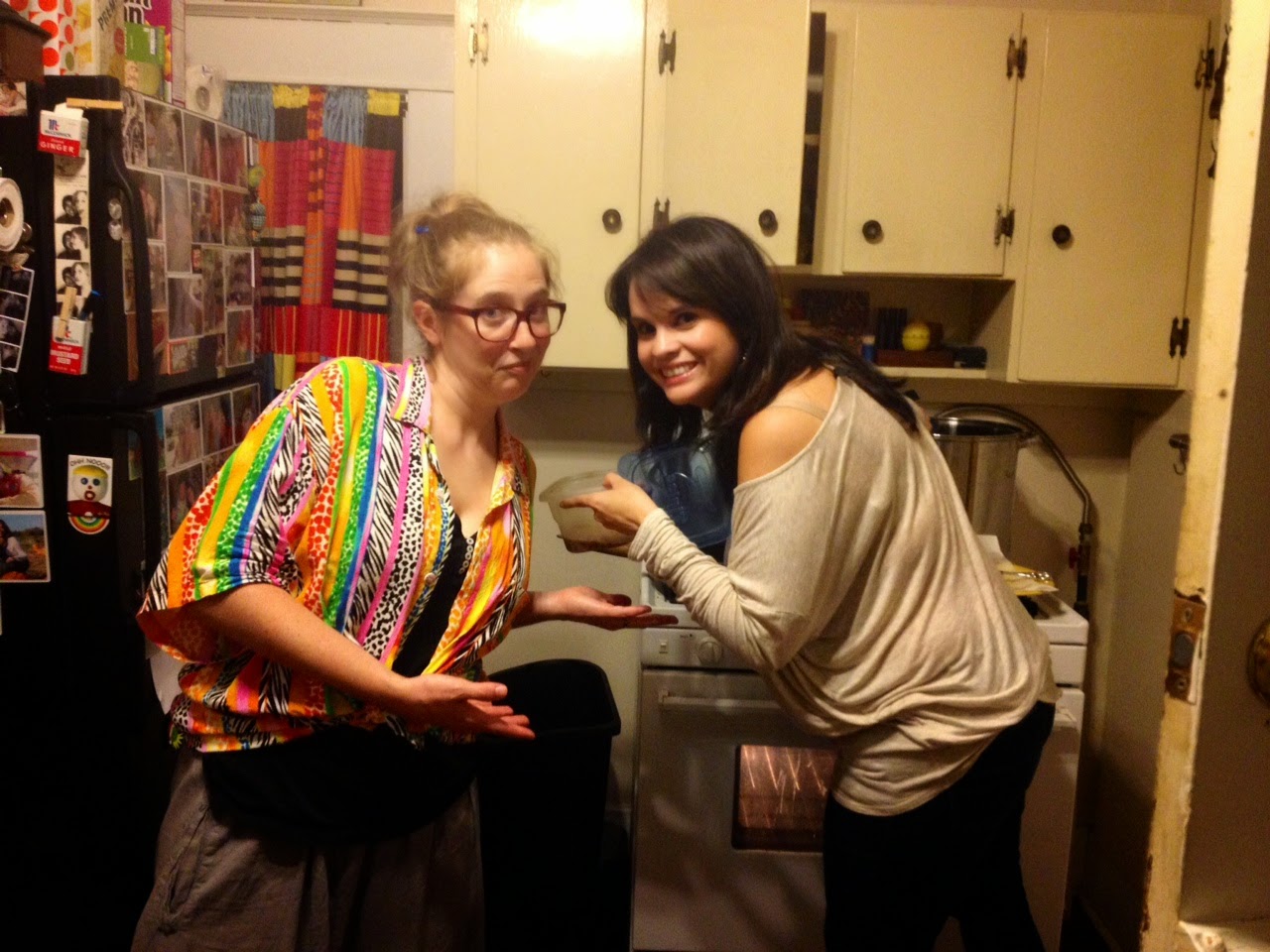 We had the party at Megan's house, an adorable Midtown apartment just a few blocks from my house. For starters, she served us Rum Tings — rum with Fresca. 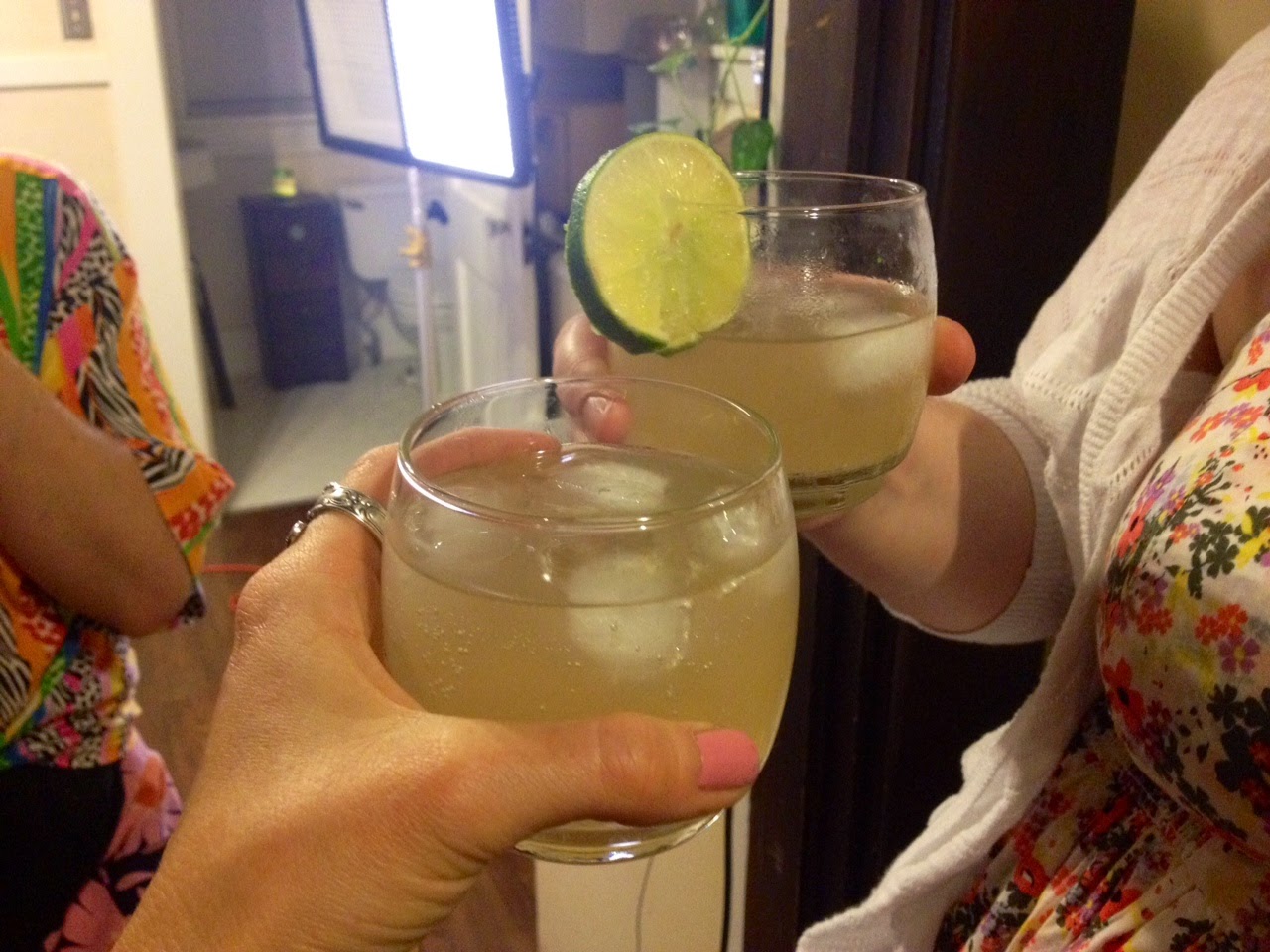 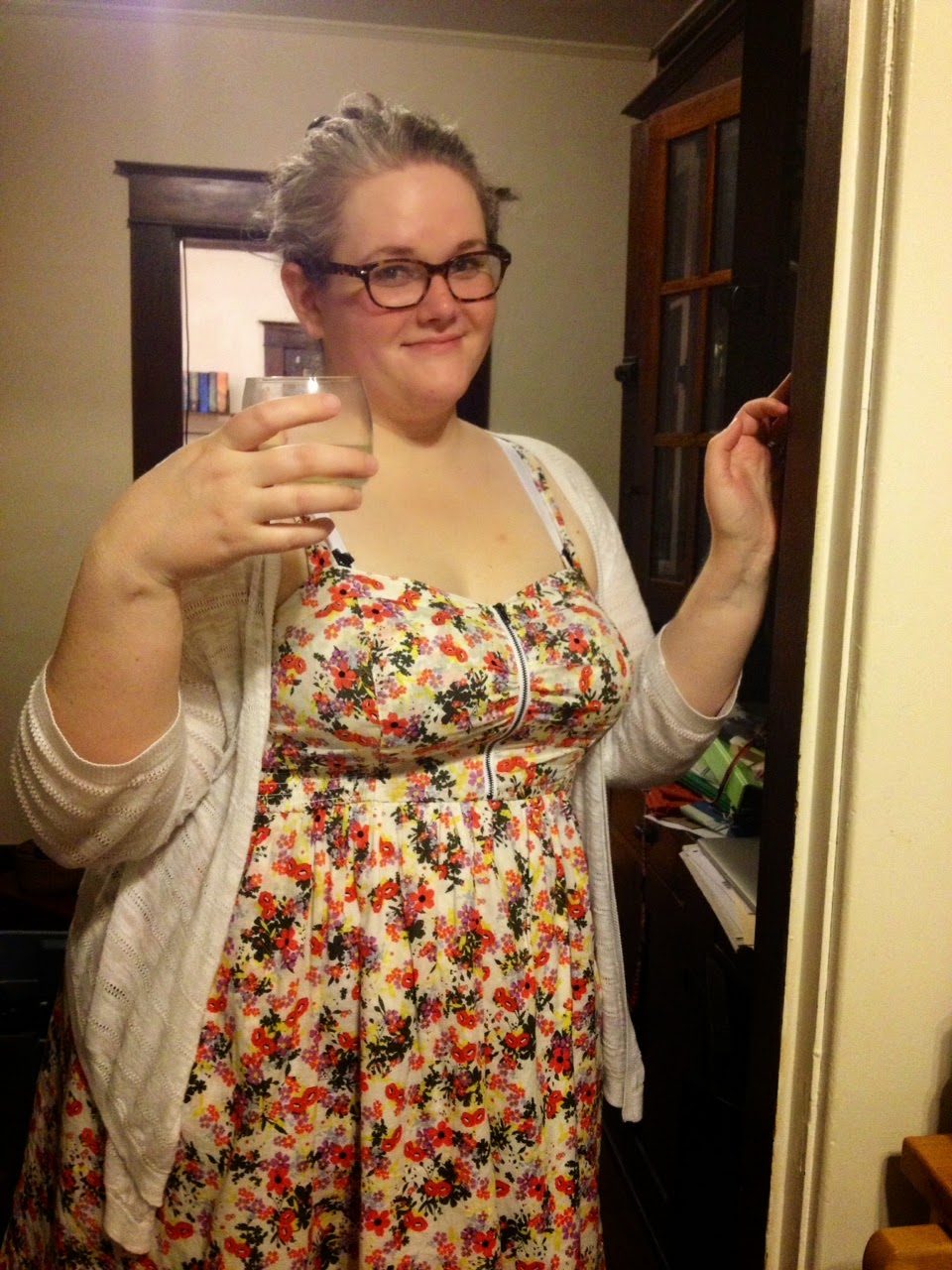 Now I'm saving most of the antics for the show. You'll have to watch when the episodes are uploaded, which probably won't be until the end of all the parties (around the end of October). I'll be sure and link to the shows here.

But I can give you a sneak peek. For our first course, we had a Sweet Potato & Black Bean Peanut Soup with French Bread. There were big chunks of sweet potato and black beans in here, but you can't tell in this picture. 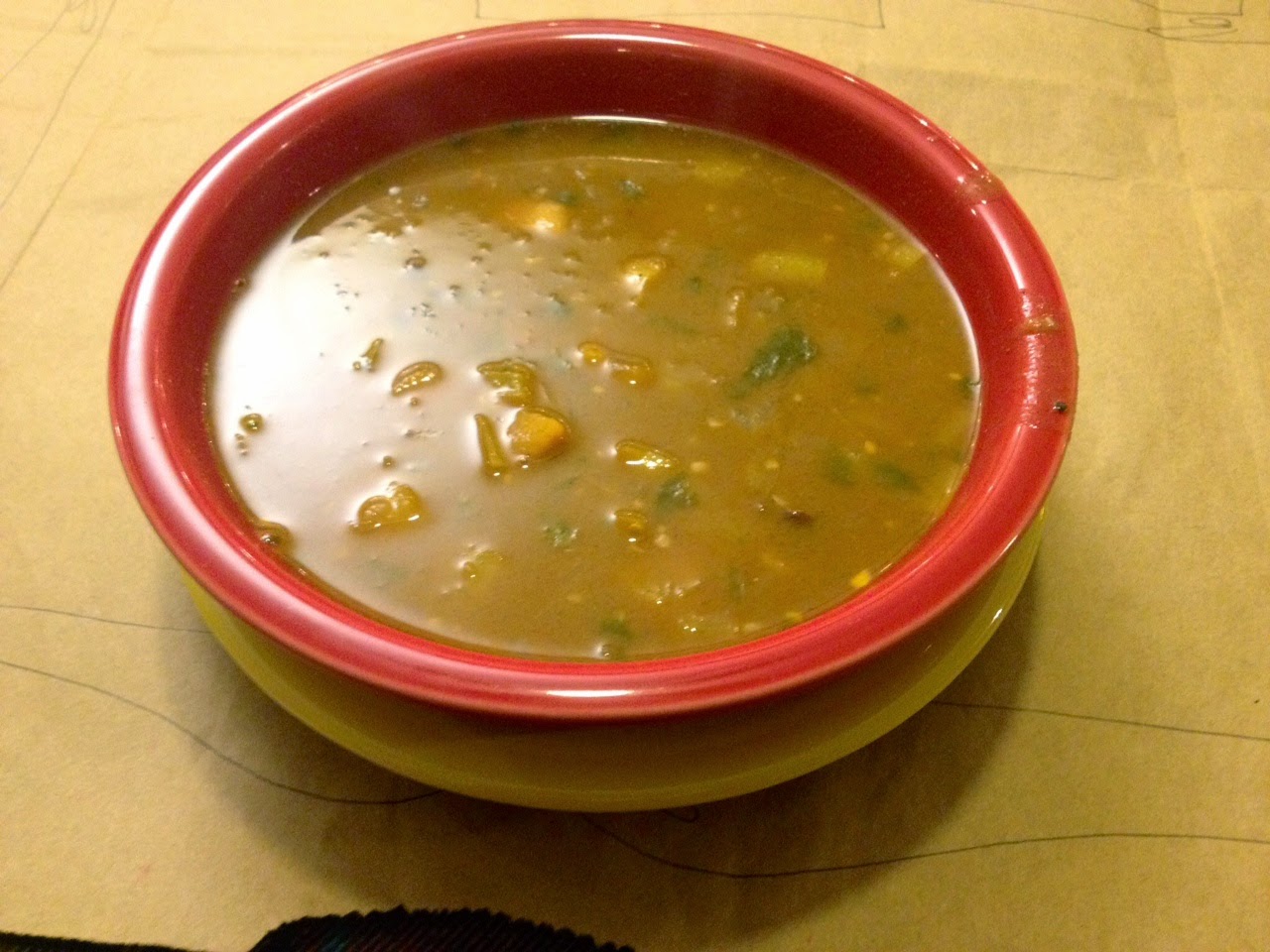 And our second course was also African-inspired — Tostones with Spicy Sriracha Cream, Okra & Rice, and Mashed Potatoes with Peas and Corn. I'm saving most of my commentary for the show, but you can guess what I thought of this soulful meal (hint: delicious!). 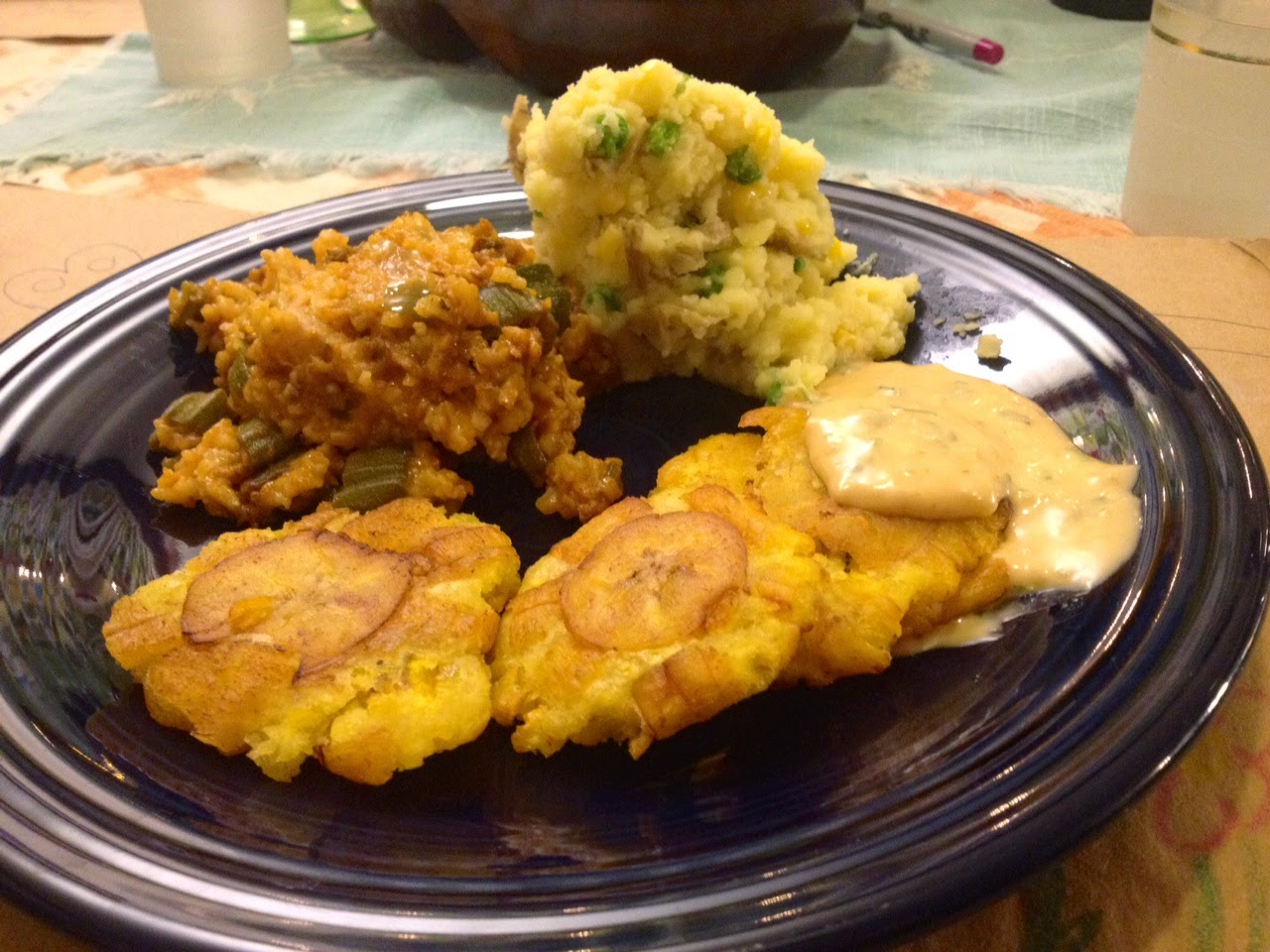 And finally, we ended with warm Chocolate Coconut Cake topped with Coconut Ice Cream, Ganache, and Sugared Pecans. No words. 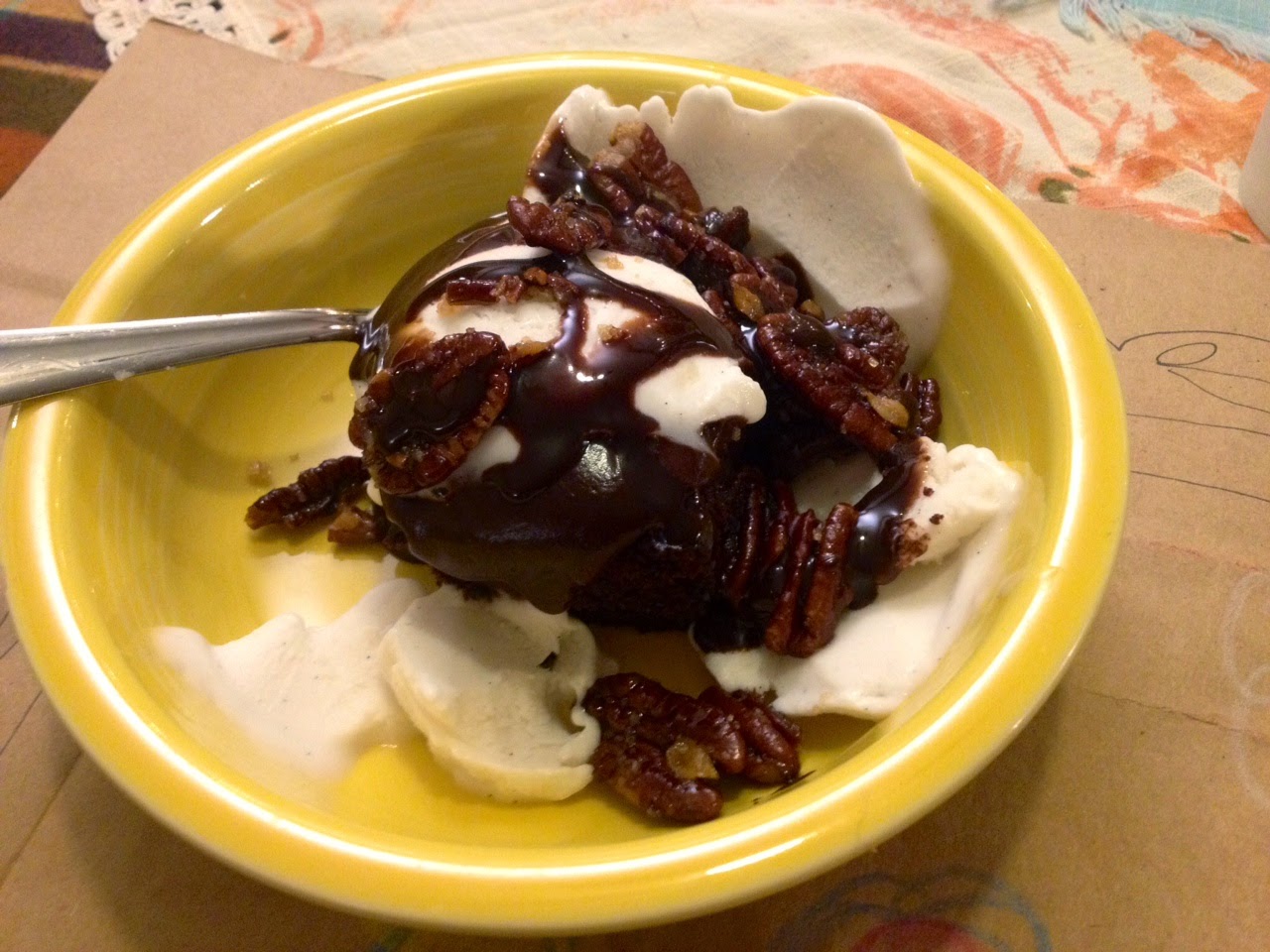 After we ate our entire meal on camera, the crew had leftovers! These guys were awesome. It felt like were on a real reality show. There were multiple cameras and fancy lights and plenty of confessional time. And yes, the claws came out. Somebody's gettin' thrown under the bus. Hey, I'm not here to make friends! 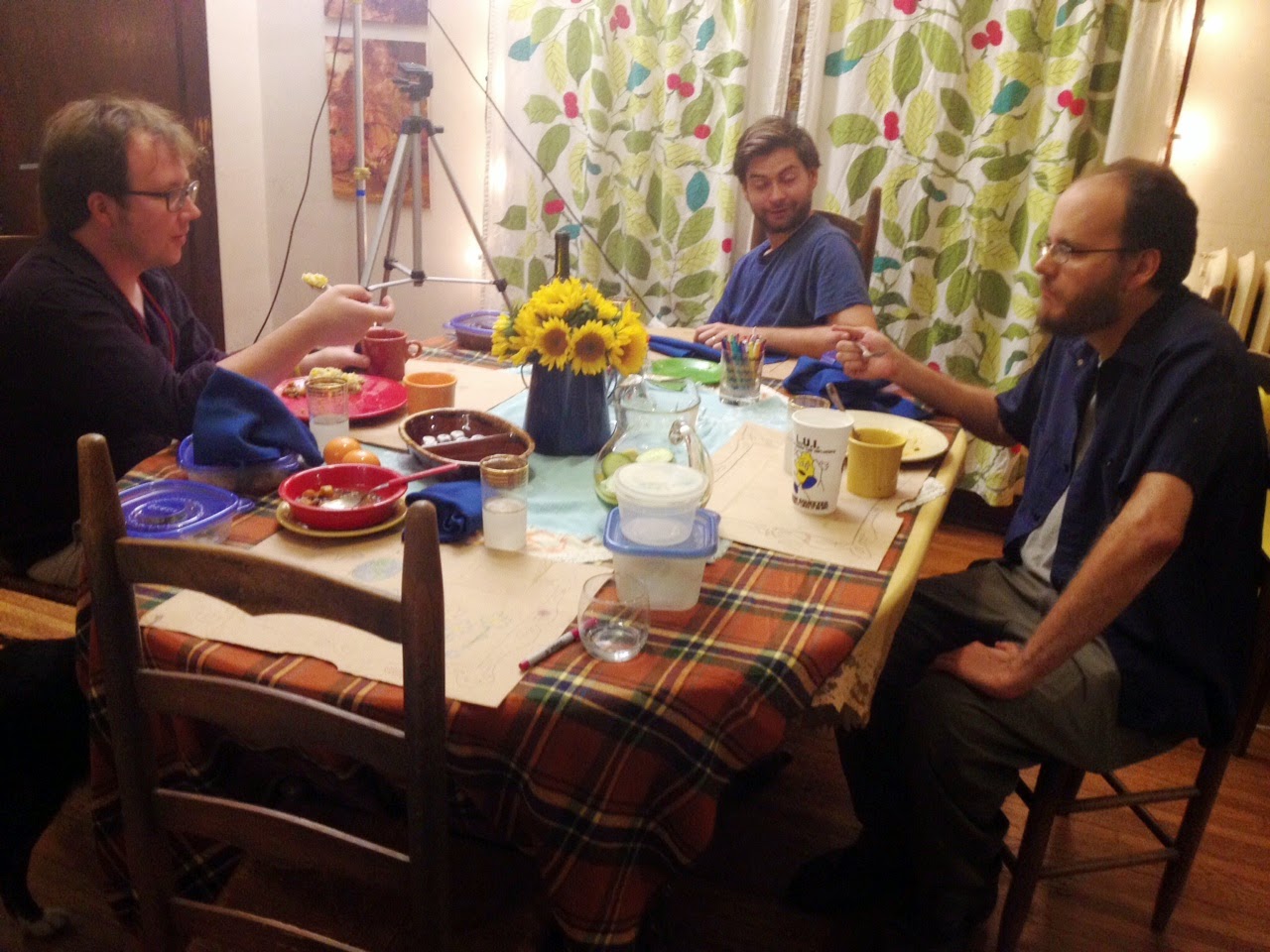 Ahh that dinner looks amazing and this concept is SO fun! I love it! Can't wait to watch when you guys post them!

I love Come Dine With Me! Sal and I did this a couple of years ago with a couple of friends but we were terrible at actually doing the scoring!