Each year around this time, when the veil between the worlds of the living and the dead is at its thinnest, I like to spend some time honoring friends and family members who have passed. Halloween/Samhain is ideal, but that rarely works since I'm typically going to some sort of Halloween party that night. So my Feast of the Dead tradition typically gets pushed to Dia de los Muertos (Day of the Dead), the day following Halloween.

I had a big traditional feast planned for Saturday night, but first, I had some serious Indian food eatin' to do. Saturday was also Memphis' annual India Fest. Most years, I go with a group of friends, and we sample our way through all the countries of India since the cuisine of most every country is represented. But this year, my only India Fest date, Stephanie, bailed at the last minute (yes, Stephanie, I'm calling you out). So I was cruising solo, which was actually quite nice.

First I stopped at Spicy Chat Corner for my very favorite Indian street food — Bhel Puri! This is made with puffed rice, tomatoes, onion, and lots of spice. Dude asked me if I wanted mild or spicy. Of course I said spicy! But I forgot how spicy Indian food can be. He loaded this bowl with hot peppers, and by the end of it, I was sweatin'. But it was so good! 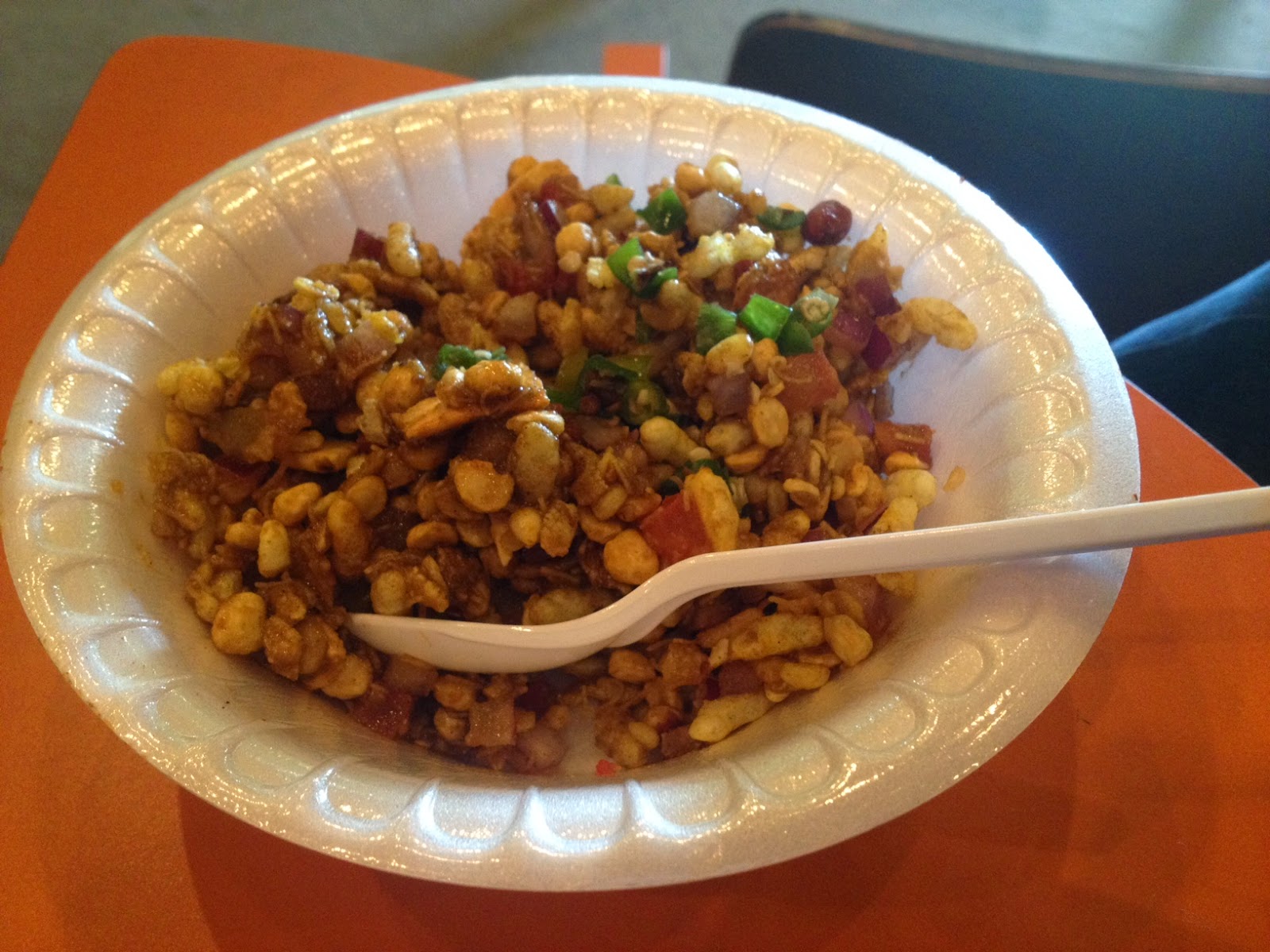 I can never leave India Fest without a samosa or two. The Bombay House booth was selling two Samosas with Chana for just $3! I added a little tamarind sauce too. 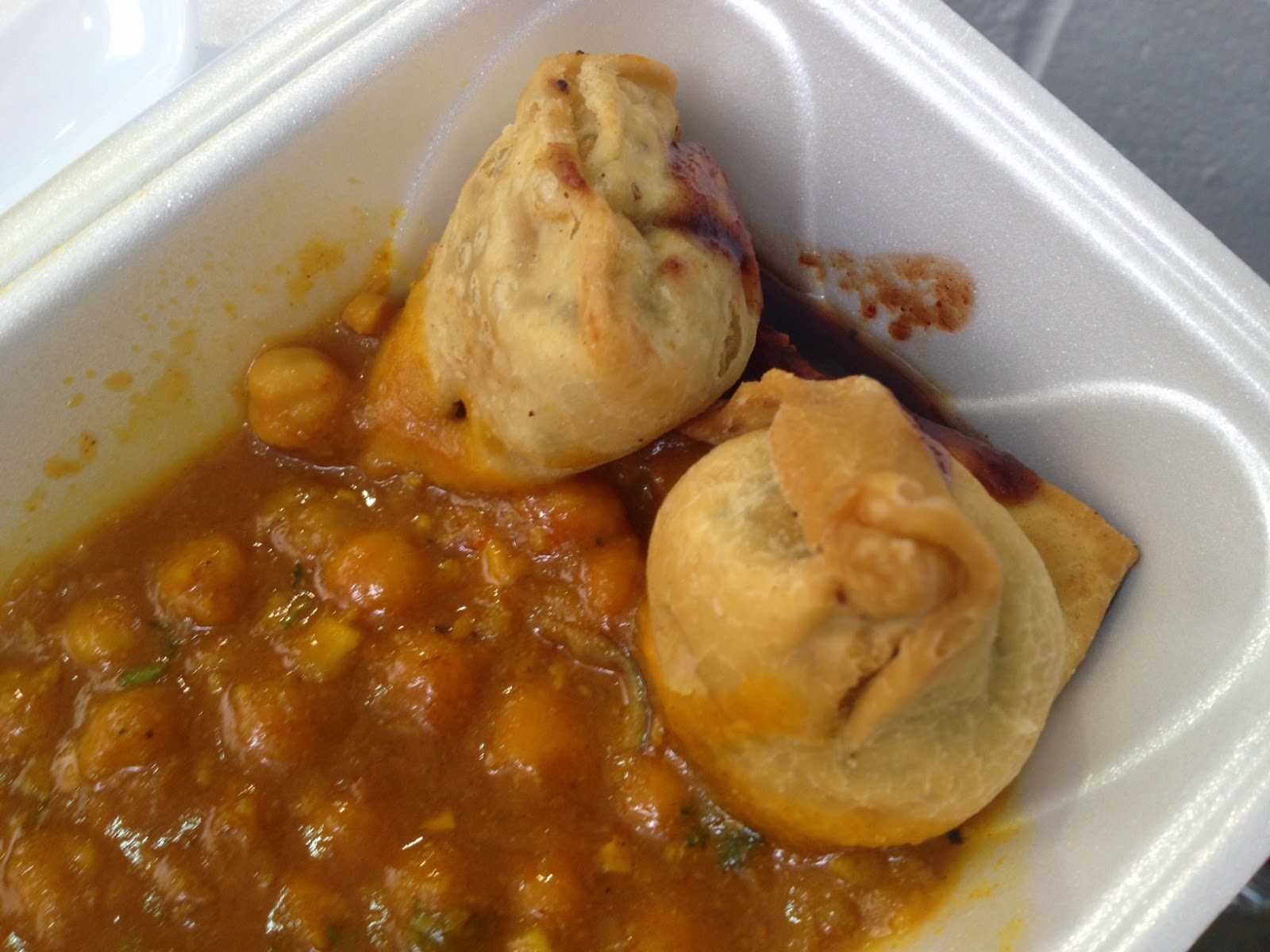 I was just about to head for dosa when I spied the menu at the Telugu Association of Memphis' booth. Gobi Manchurian! Yes! These Indo-Chinese cauliflower fritters are basically my favorite thing ever. Sadly, all the food at this booth was a bit cold. Still very tasty. But the gobi is best enjoyed hot. 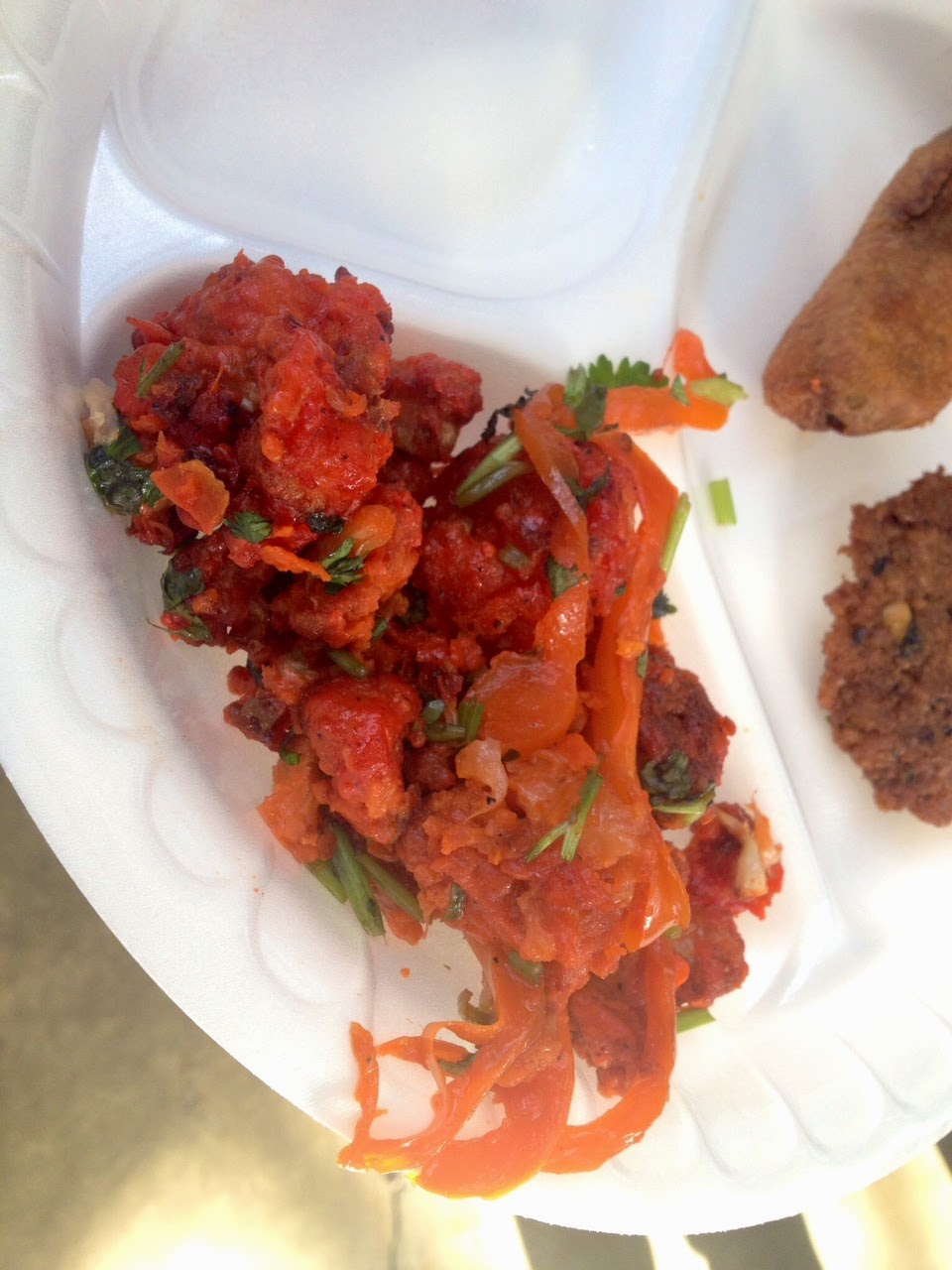 Also at that booth, I picked up some Mirchi Bajji (battered and potato-stuffed chili pepper) and a Vada (savory doughnut made with lentil, dal, or gram flour). Both would have been much better hot. And that vada was unlike any vada I've ever had, but it was good. 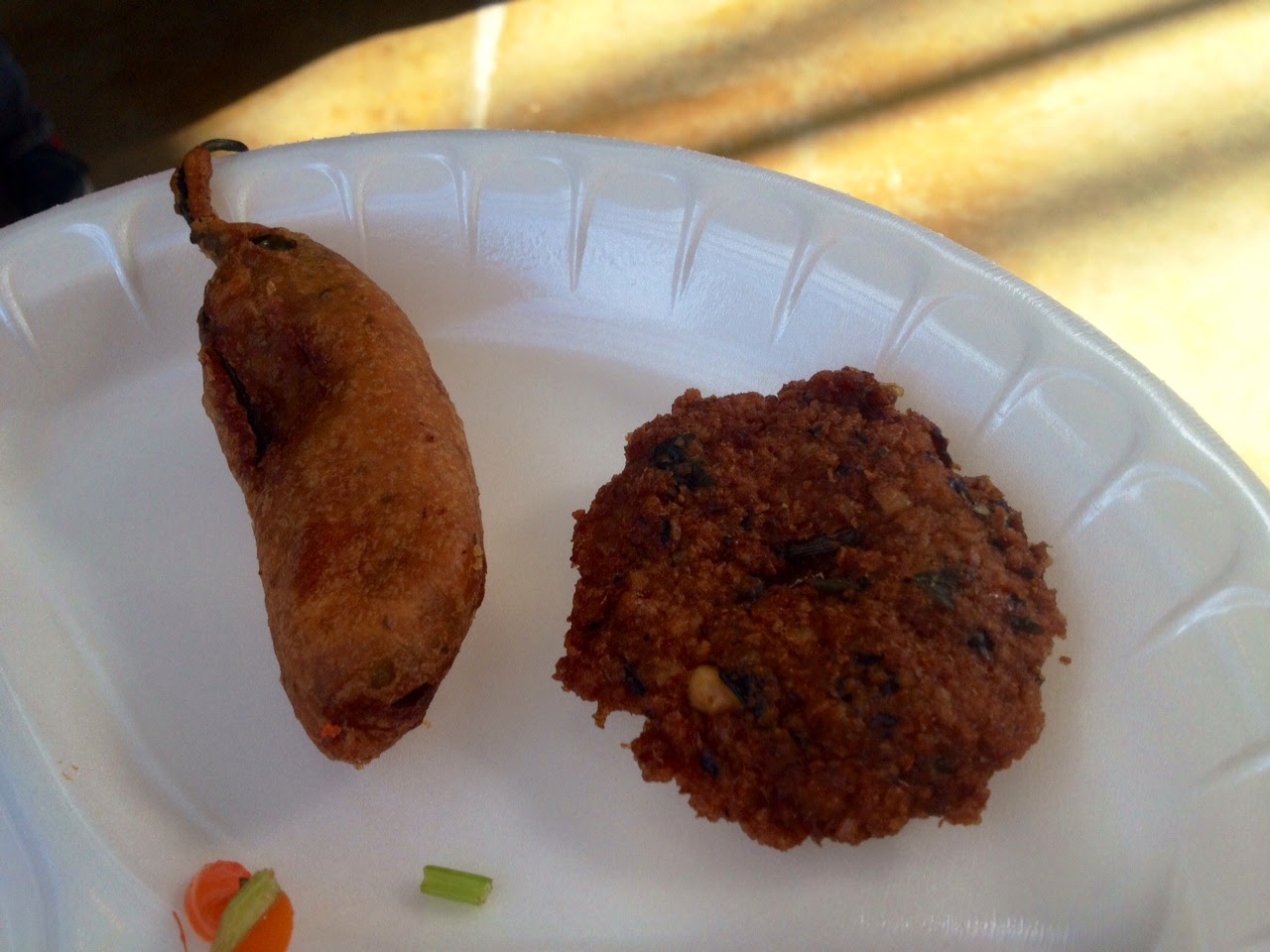 By this time, I was stuffed! And I knew I had to get home and start preparing for my next meal — my annual Feast of the Dead. I got to work in the kitchen on this Spicy South American Seitan Stew from Bryant Terry's Grub. 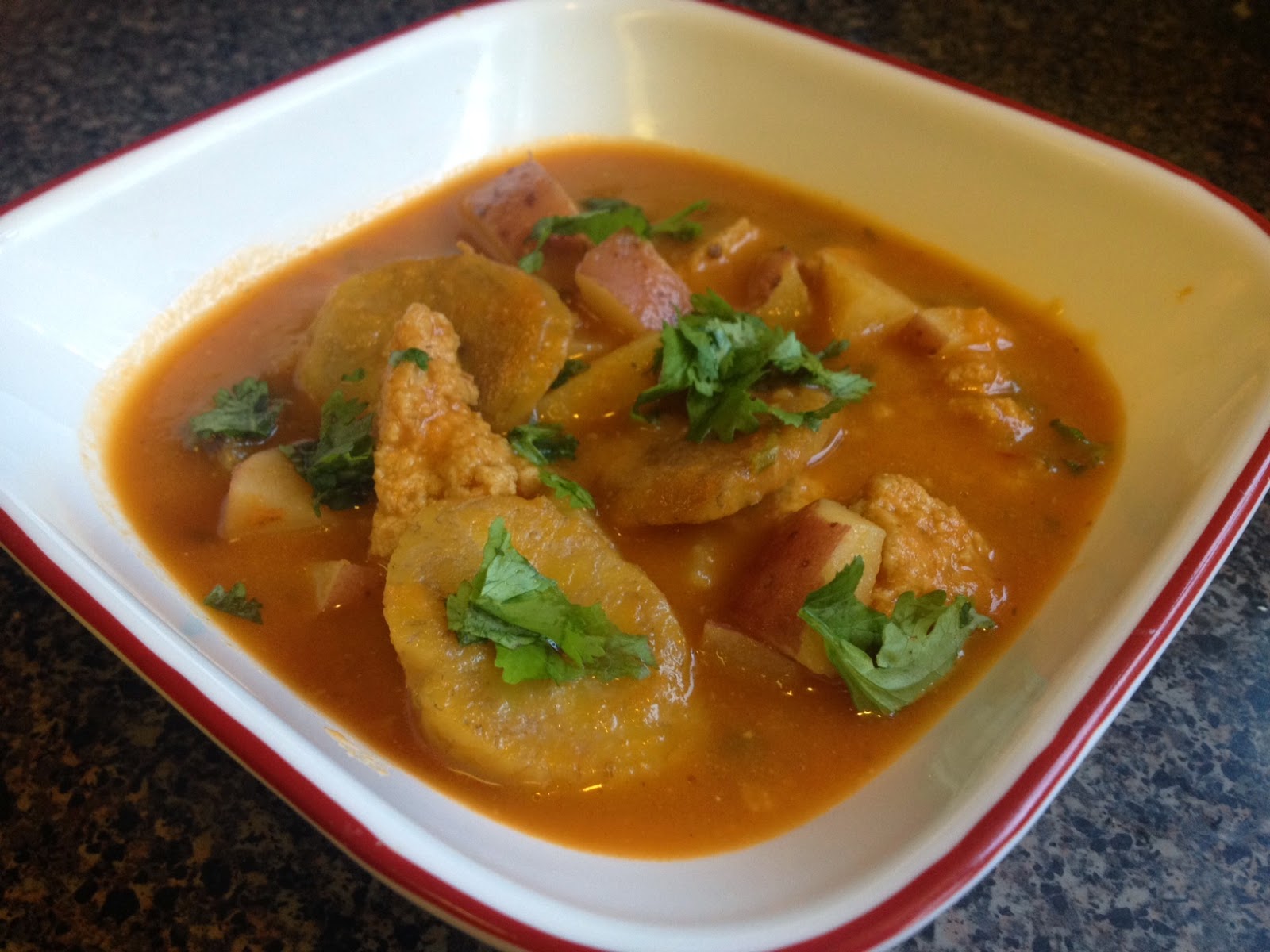 I have made this recipe for my annual Samhain feast every year since as far back as I can remember (with the exception of last year because I decided to try something different). The stew is loaded with homemade seitan, fried plantains, red potatoes, chipotle peppers, tomatoes, and cilantro. I love this recipe so much, but I only make it once a year so it maintains it's special-ness. I served the stew with pain au levain from the Whole Foods bakery, some Italian bread dipping oil, and a hearty pint of locally crafted Wiseacre Oktoberfest.

I set my table with photos and mementos from all the people I've lost over the years. I lit a candle for each person and enjoyed my meal in silence. 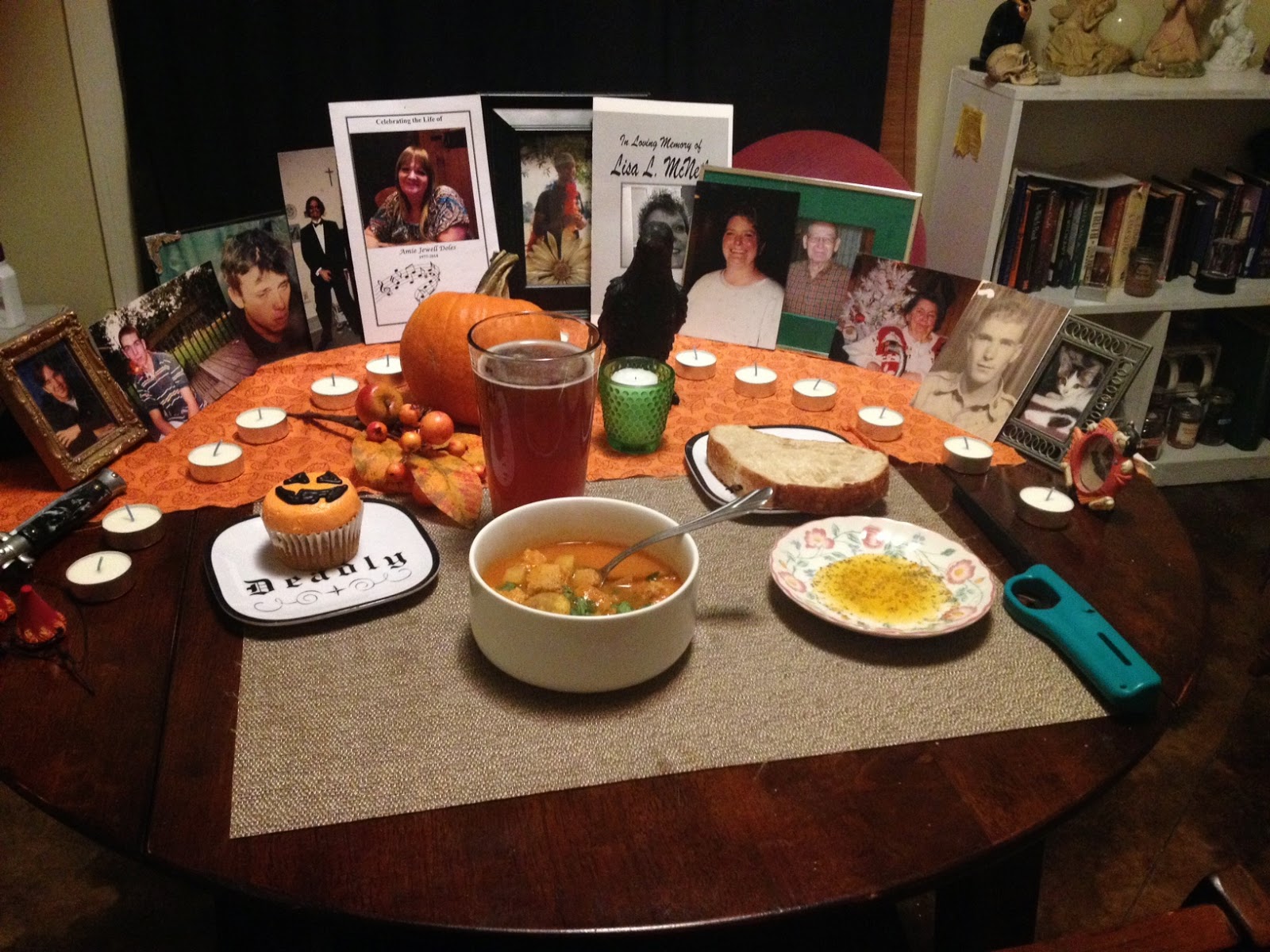 And then I broke out dessert — a Pumpkin Cupcake with Vanilla Buttercream from Imagine Vegan Cafe! 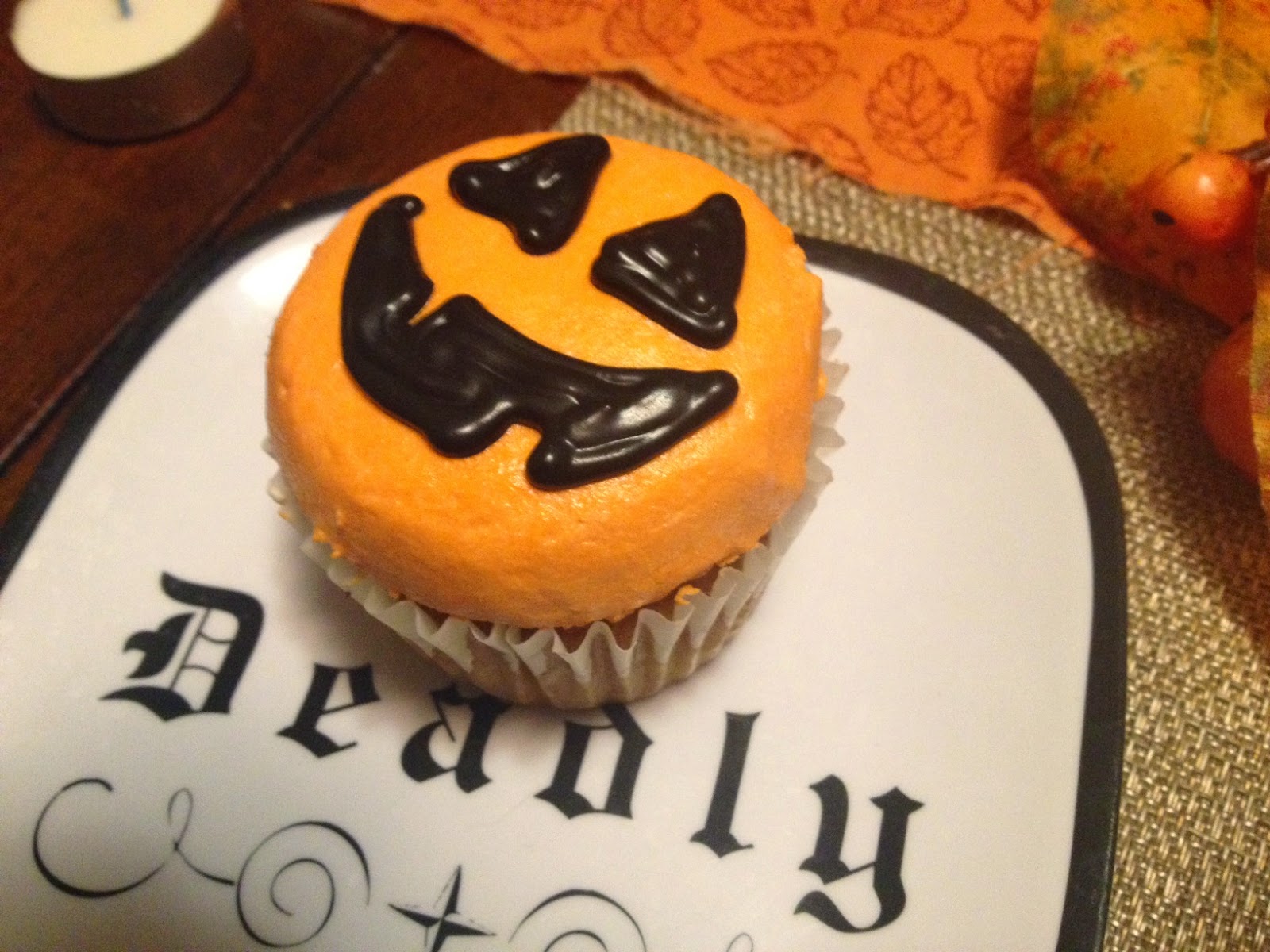 what a beautiful altar you made. <3 So sweet. And i love the idea of eating in silence with those memories and reflections.

What a beautiful day you had! I love Dia de los Muertos, it's such a special day. That soup sounds wonderful too, I'll have to try it some time! :)