I got a Vitamix for my birthday! And it's basically the best thing ever.

I've been blending the crap out of everything. I'm most excited about my Vitamix's Hot Soups setting. I mean, my blender cooks soup, y'all!!! I know so many of you have one too, but it's all new to me. And it is blowing my mind. Tonight, I made the Thai Pumpkin Soup from the Savor cookbook that came with the Vitamix. Most of the recipes in the Vitamix book are vegan or vegetarian (or at least easily veganizable). 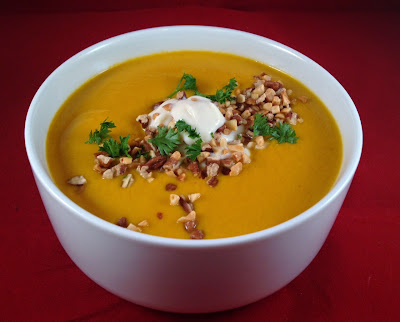 Isn't it pretty? I just sauteed the onions in a pot and simmered the coconut milk, pumpkin, tomato paste, garlic, and veggie broth on the stovetop for, like, two minutes. And then I transferred it to the Vitamix and set it on "Hot Soup." It runs for 6 1/2 minutes, and it gets so hot that steam comes out of the top. In fact, I burned my thumb pretty bad with steam when I opened the Vitamix lid.

But it was worth it! I topped this delicious, creamy soup with unsweetened soy yogurt, peanuts, parsley, and (after the photo) sriracha.

Mostly, though, I've been using the Vitamix to make drinks. I drink protein smoothies four days a week after my training runs, and on other non-running days, I juice. This week, I've been enjoying the Perfect Protein Power smoothie from The Blender Girl cookbook, which I purchased as a birthday gift to myself to complement my new blender. 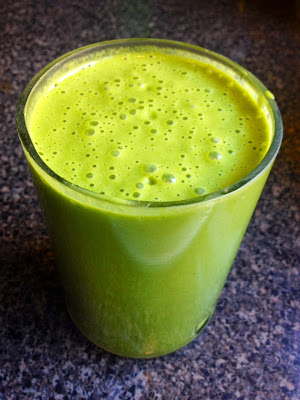 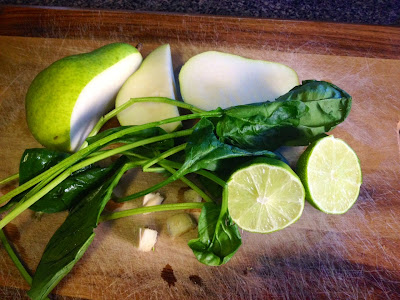 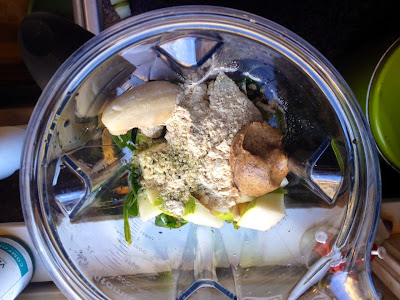 I typically use my Breville for juicing, but there were a few Vitamix juice recipes in The Blender Girl cookbook, so I thought I'd try them. I made this Green Alkalaid this week — lemons, spinach, apple, ginger, cucumber. It was tasty, though a bit more fibrous than I like my juice to be. I'll probably stick to my juicer for juice-making. 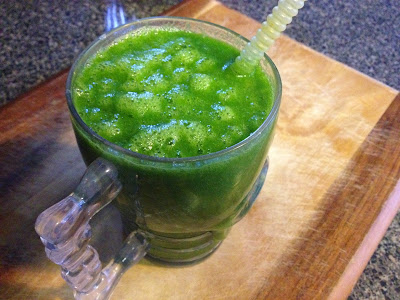 Just to give an idea of how powerful this is, check out my water to solids ratio here. Only one cup of water! My old Oster blender would have just completely given up and died if I'd tried that. 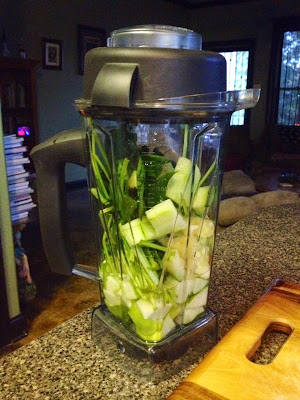 Paul has been working on getting a bad cold for days now, and I've got my first half-marathon in three weeks. I don't have time to get sick. So, last night, I made us both the Beat the Cold and Flus Blues juice from The Blender Girl. 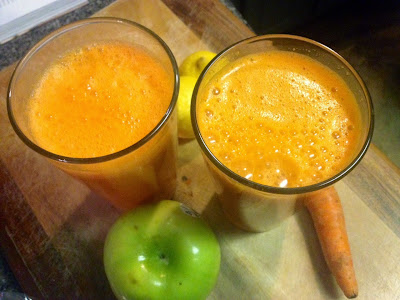 This has immune-boosting ginger, carrots, lemon, apples, cinnamon, and cayenne. It was super-yummy, and it made me feel like maybe I was staving off the sickies. So far, so good. Fingers crossed.
Posted by Bianca at 9:31 PM

[ Smiles ] I think that I would have to get myself a Vitamix.

I'm so jealous of your Vitamix soups and smoothies, it's my dream to own a Vitamix. One day, one day. The soup looks delicious, and how cool is it it cooks your soup for you?!

I imagine that getting a Vitamix is the equivalent of having a child (at least for a childless gal like myself). So exciting. Your posts only further that notion. Hopefully some day I will know that joy. Until then, I'm drooling over your pics.

I'll took me a while to warm up to my Vitamix. Now I'm never going back.