Man, it's been a long time since I've done one of these random meal photo dumps. I was looking through my phone for unblogged pictures, and they stretched all the way back to early October! Let's just start with dessert first.

At some point in October, Stephanie baked some Pumpkin Insanity Bars to sell at Imagine Vegan Cafe, but she brought me one for free! There's a layer of butterscotch cookie topped with a layer of Pumpkin Spice Oreos topped with a layer of blondies. Dude. There's a reason these are called "insanity bars." I may have scarfed down this entire treat in my car, before making it home from wherever Stephanie gifted me this. 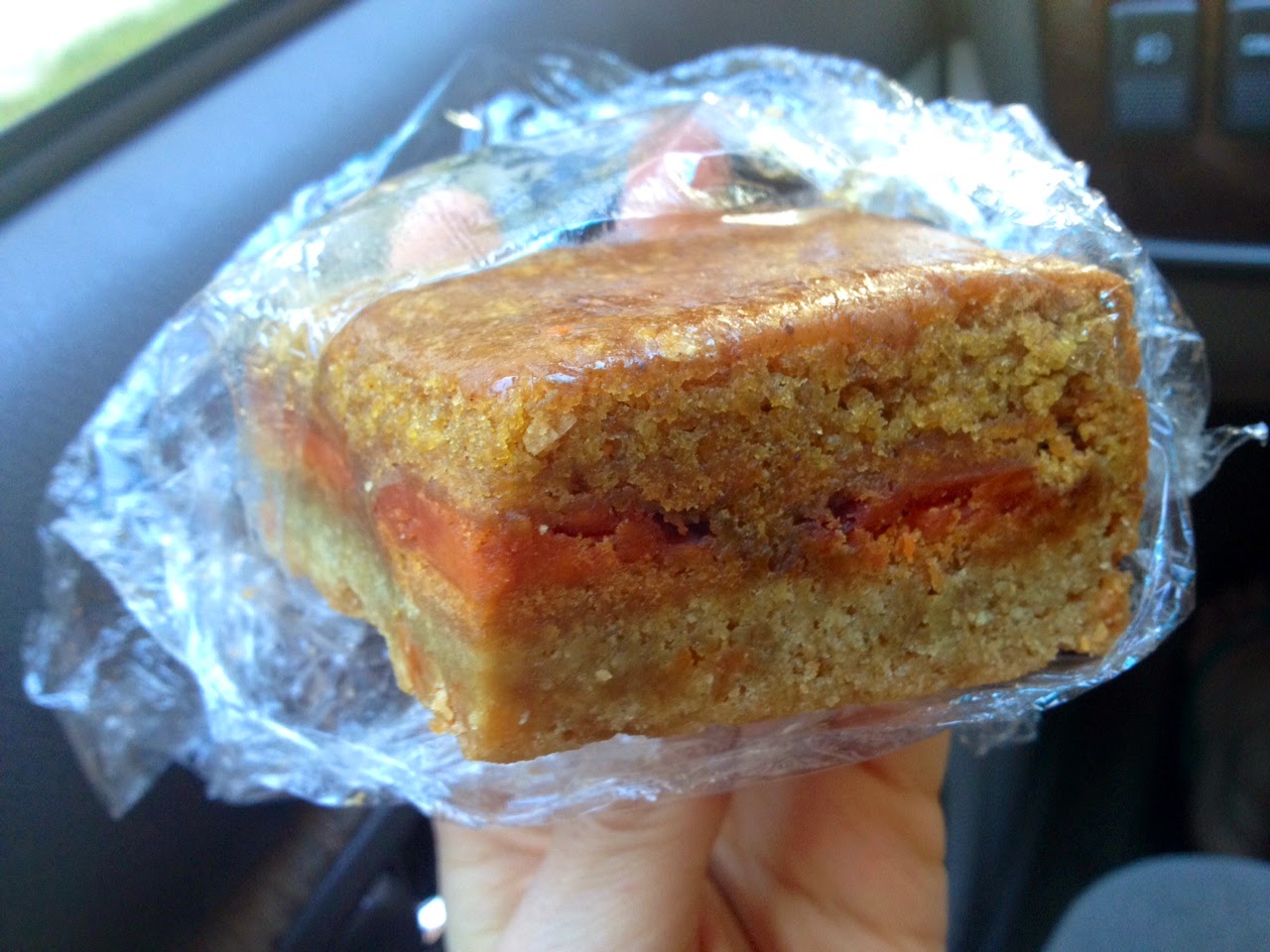 The new-ish Meetup.com Vegan Dine-Outs and Potlucks group had a gathering at Abyssinia, my favorite Ethiopian joint. They have a daily lunch buffet that is mostly all vegan. Nothing is better than injera loaded with various Ethiopian dishes. 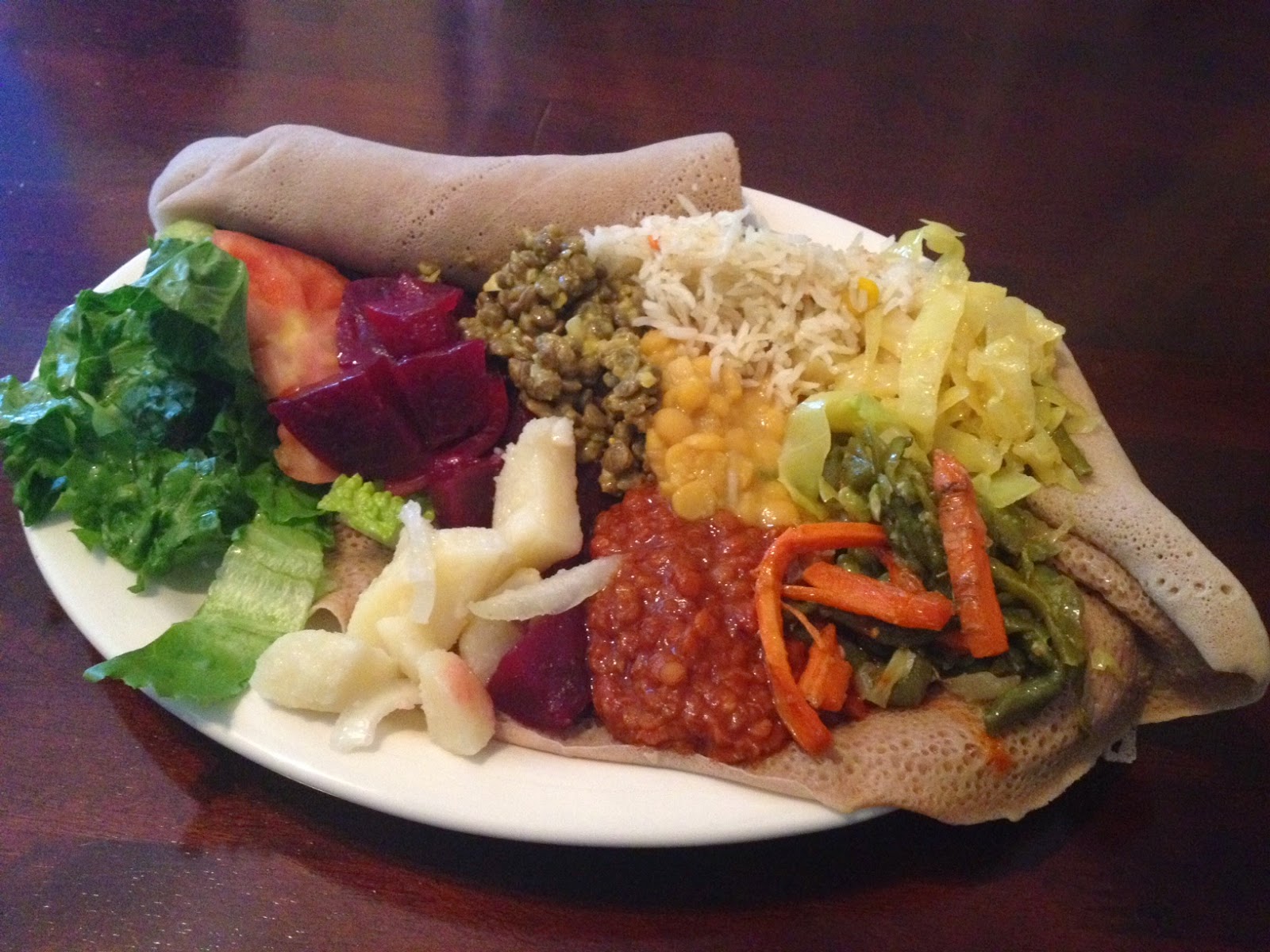 Crazy Noodle, home of vegan ramen bowls, also has a great selection of non-ramen dishes. I recently tried their Tofu Salad with Wasabi Dressing. Good stuff, but they weren't skimpy on the wasabi. Damn. My sinuses were clear after this salad! 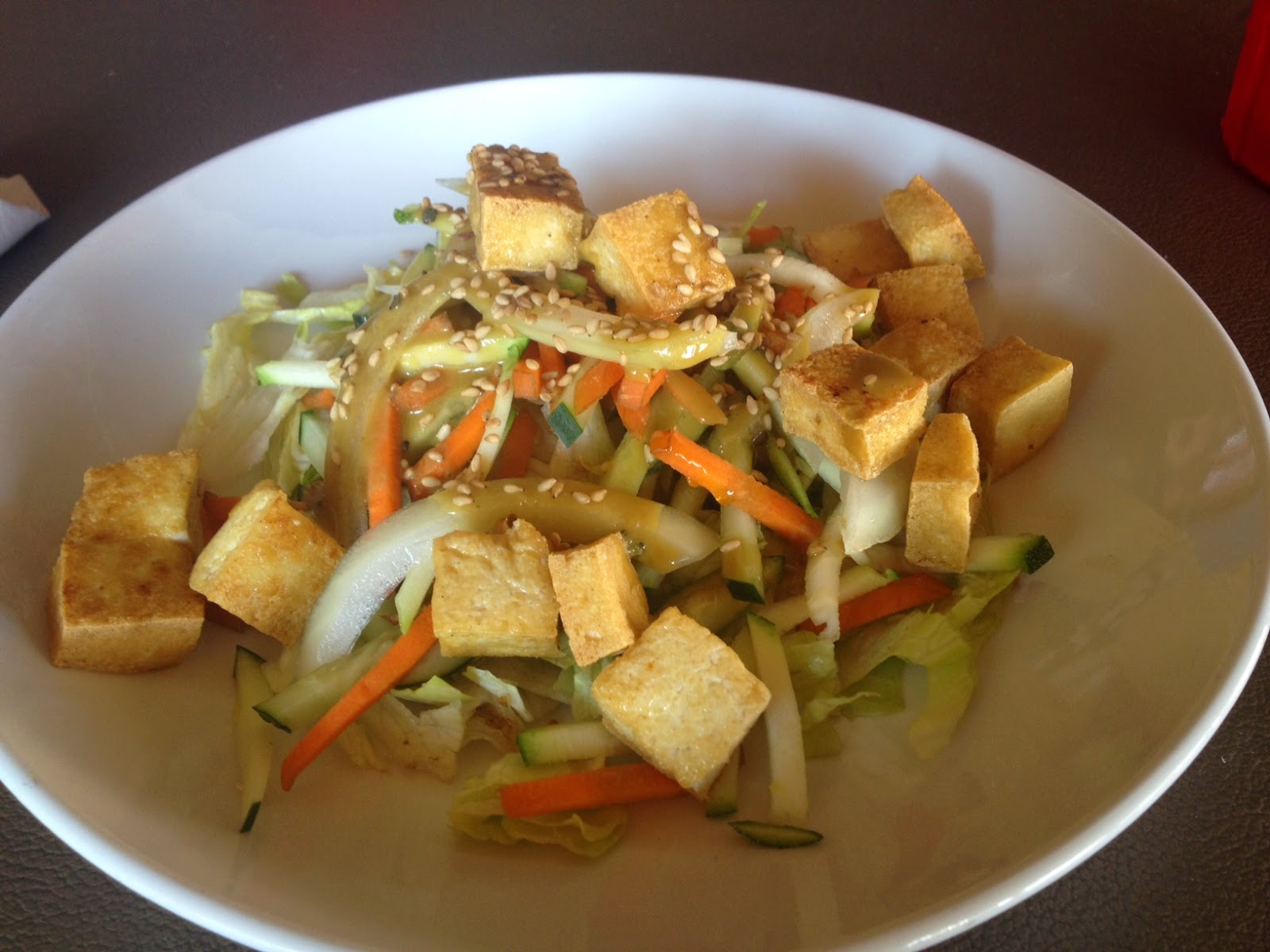 Also on that same visit to Crazy Noodle, I had the Korean sushi. It's called Kimbap, and it typically has beef. But Crazy Noodle is happy to veganize just about anything. I left the beef out, and these were fantastic. Best sushi in town if you ask me. 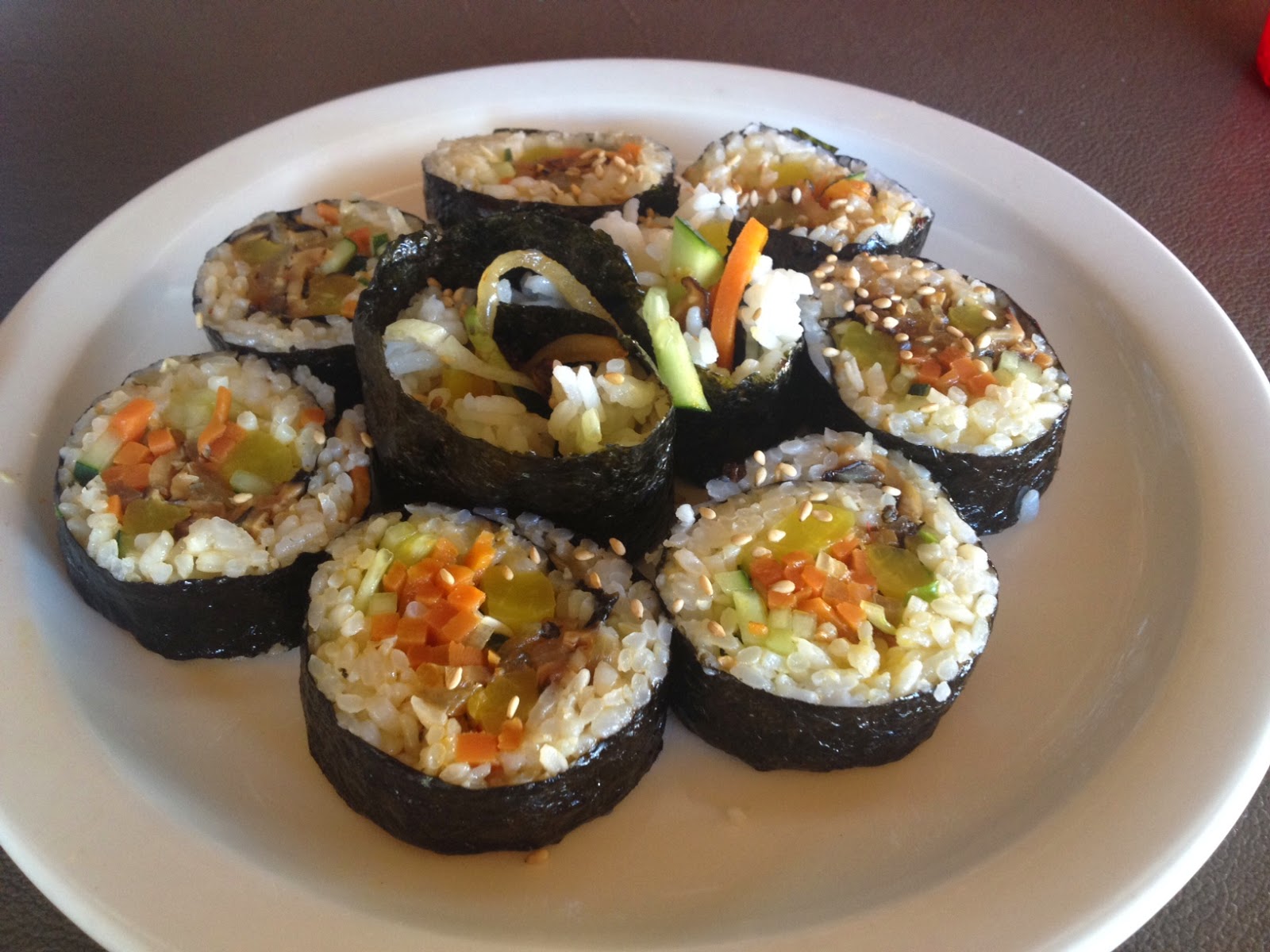 In mid-October, I went Summerland Grove's annual Festival of Souls, a Samhain fest at Meeman-Shelby State Park in Memphis. I go to this every year, and every year, the vegan food gets better and better. I remember a time 12 years ago when I was lucky to get a salad there. Now they go out of their way to provide vegan and gluten-free meals for folks with special dietary needs. I arrived just in time for lunch Saturday, when they were serving Lentil & Kale Soup with Gluten-Free Dumplings. 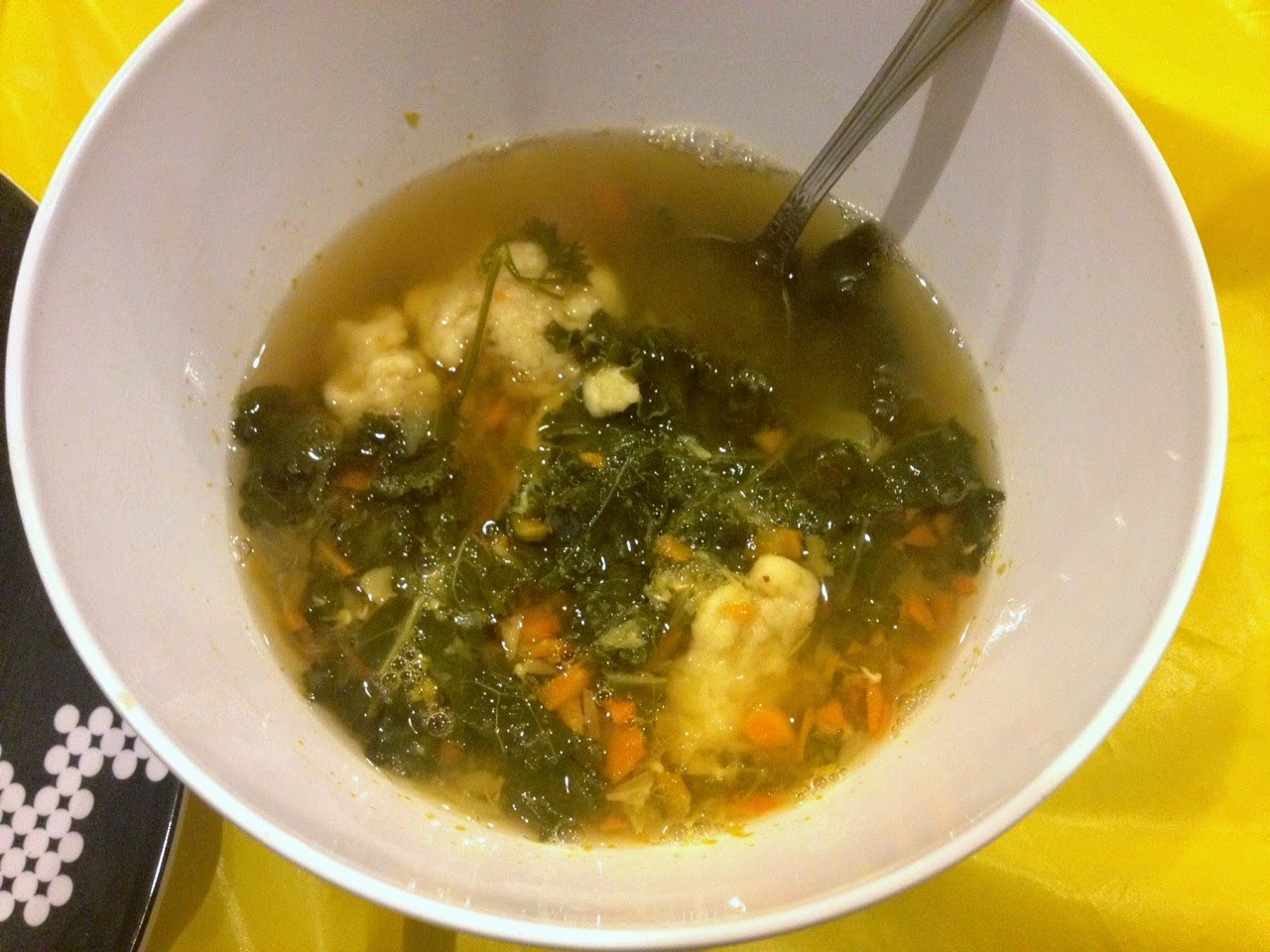 And that was paired with Vegan Grilled Cheese! They use Follow Your Heart block cheese and slice it into thick slices. Then it's melted between vegan-buttered Texas toast. Man, white bread is the business! I don't buy it at home, but it's such a treat when I get to eat it out. 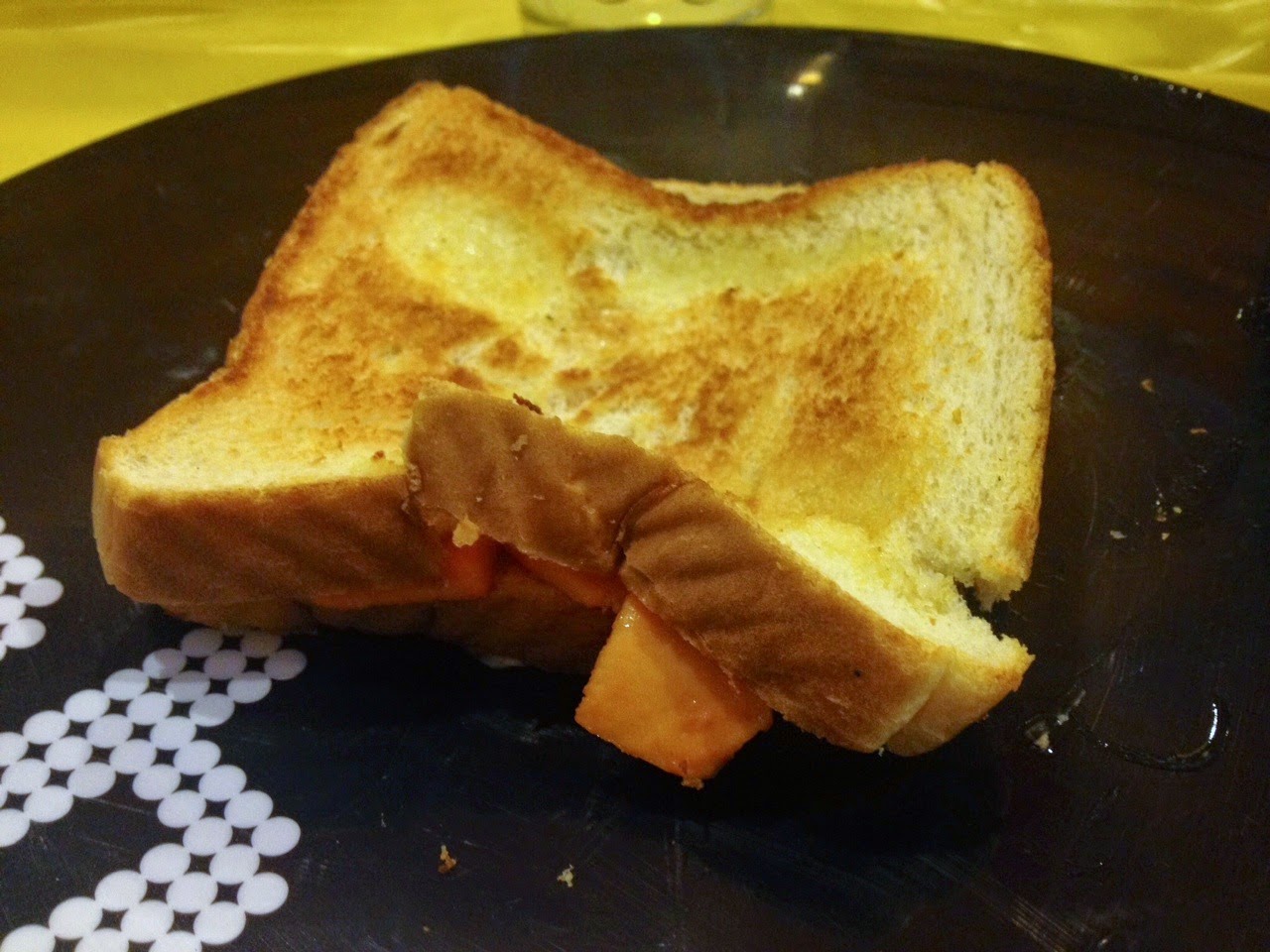 For dinner that night, they made Gluten-Free Vegan Savory Tarts with Lentil-Veggie Filling, Carrots, Corn, and Broccoli. They have to make the meals stretch, so they're a little skimpy on the veggie sides here. I could have eaten about three times that amount of broccoli and carrots. But oh well. The tarts were great! This picture came out very yellow, thanks to the bright yellow tablecloth in the background. 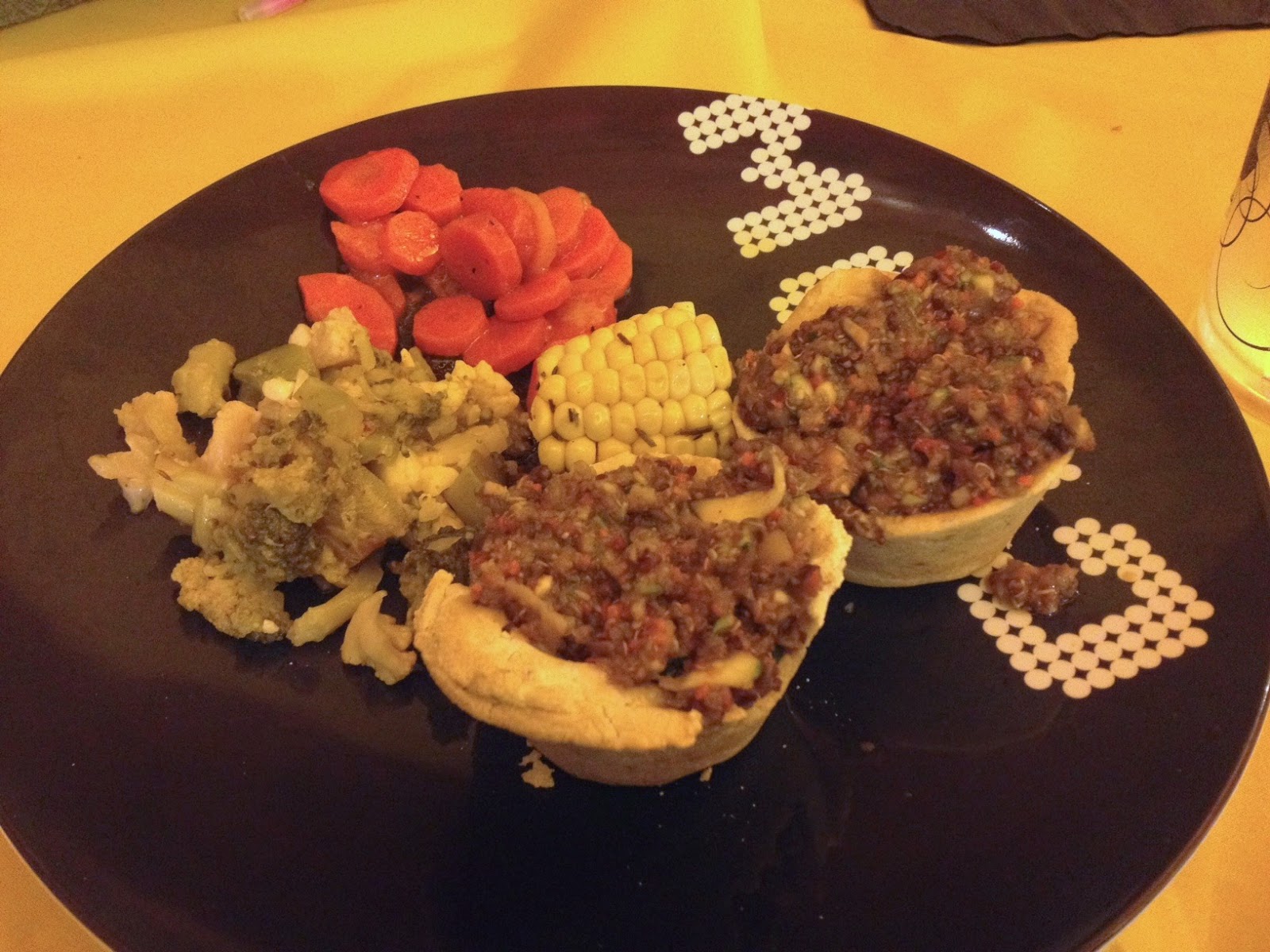 Not every meal can be a winner. Such was the case with this Veggie Wrap with White Bean Soup and Homemade Chips at Evelyn & Olive. You see, the menu said the wrap had black beans, Jamaican rice & peas, corn relish, lettuce, tomato, cheddar, and mango BBQ sauce. I asked them to leave the cheese off, and they did. But they took the liberty to add bits of crumbled chipotle Morningstar Farms veggie burger. I know what kind of patty they use because I've accidentally ordered it before. Not vegan! I hate it when places go off-menu. Of course, I ate it anyway and didn't say anything. I hate being the whiny vegan who complains, especially when I'm at a table of non-vegans (I was). I'd say something if it contained meat or something, but I'm not whining about a few bites of veggie burger. I'll just know not to order that again. I typically get the Black Bean Tacos at Evelyn & Olive, and those are always a sure winner. 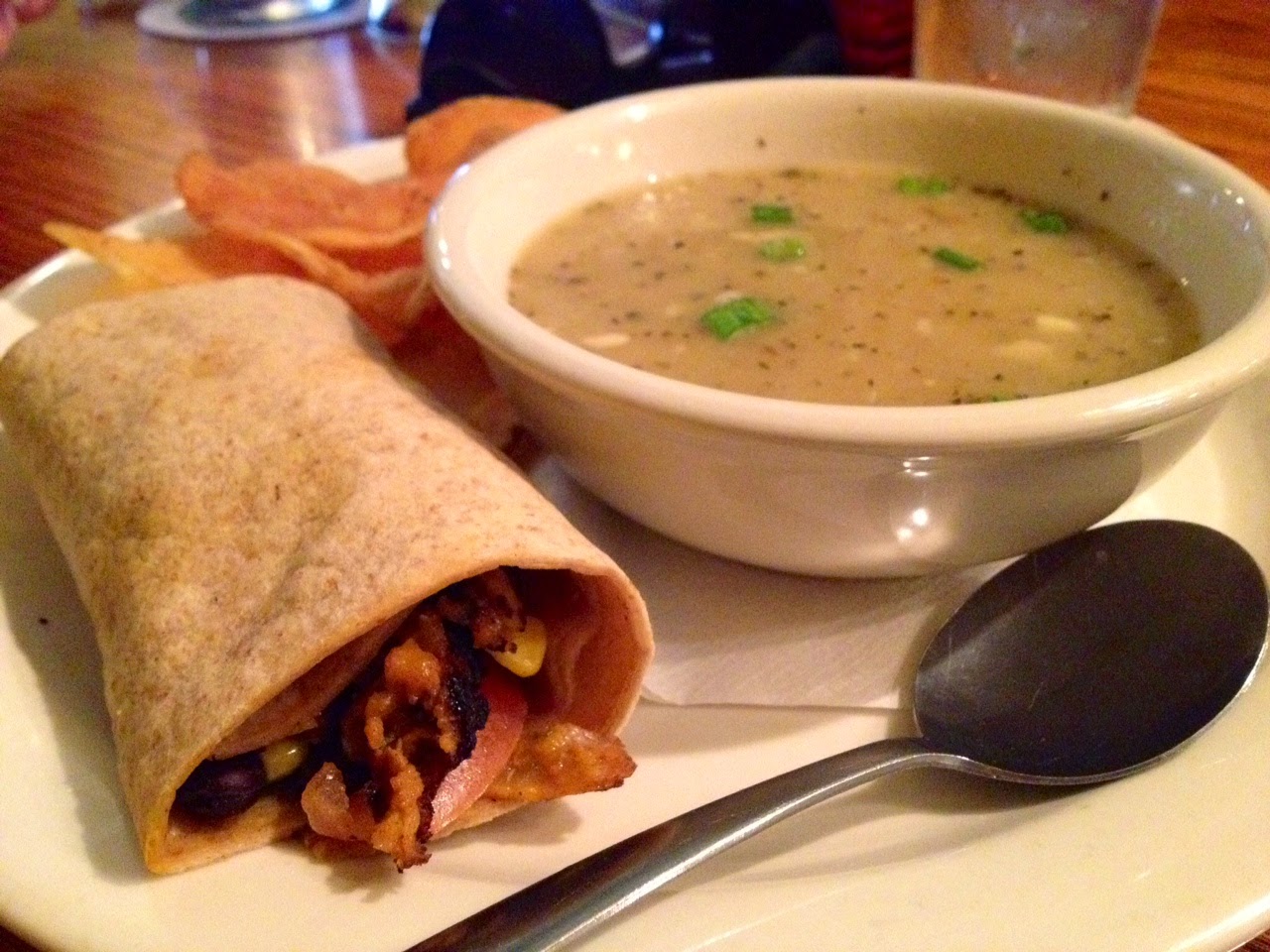 One place I know can never screw up my order is Imagine Vegan Cafe! Last week, I had the Vegan Turkey Cutlets with Mashed Potatoes, Gravy, White "Cheddar" Mac, and Green Beans. 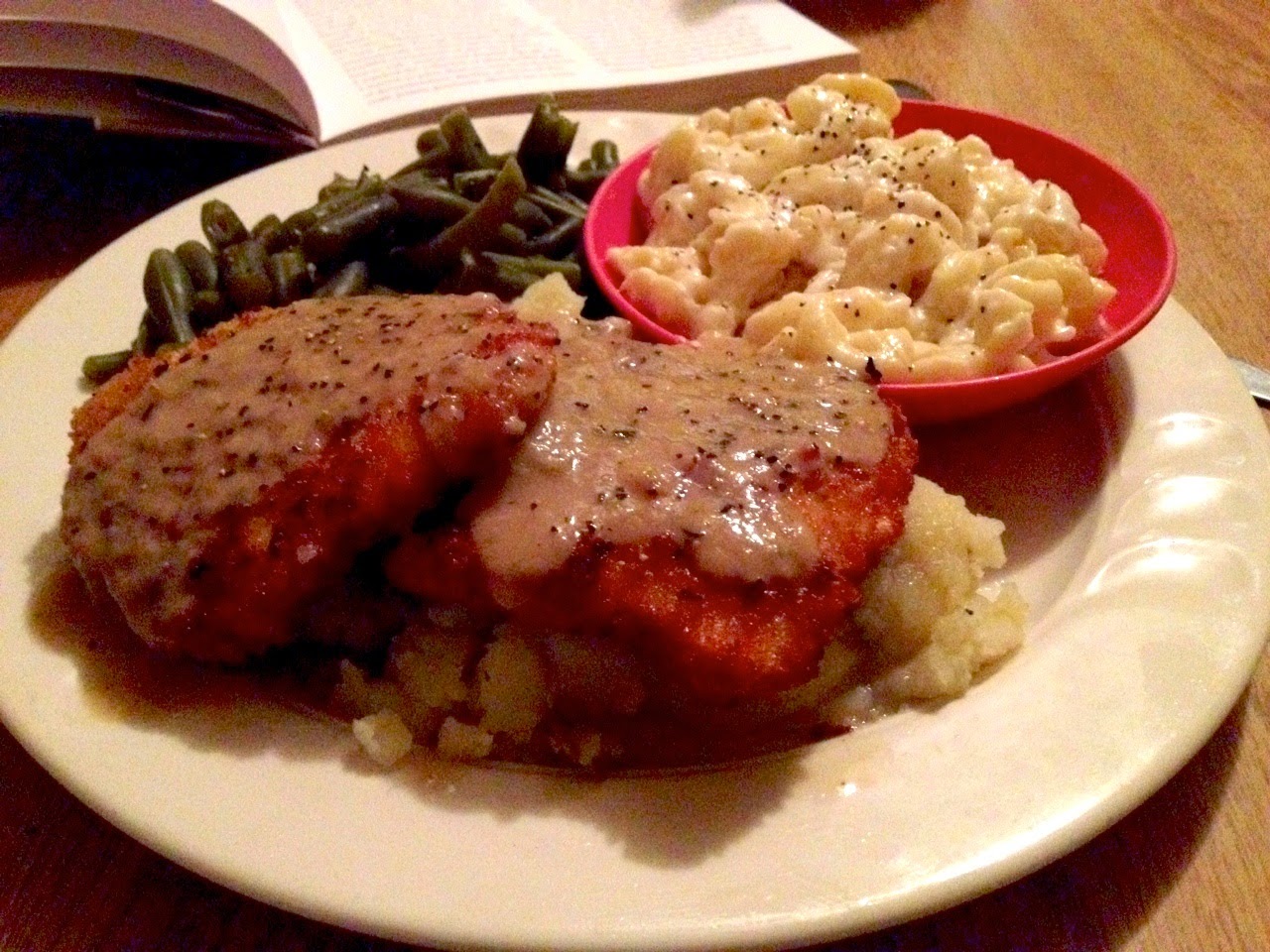 And yesterday, at Imagine's brunch, I went off the breakfast menu in favor of a Vegan BLT with Avocado and Garlicky Kale. 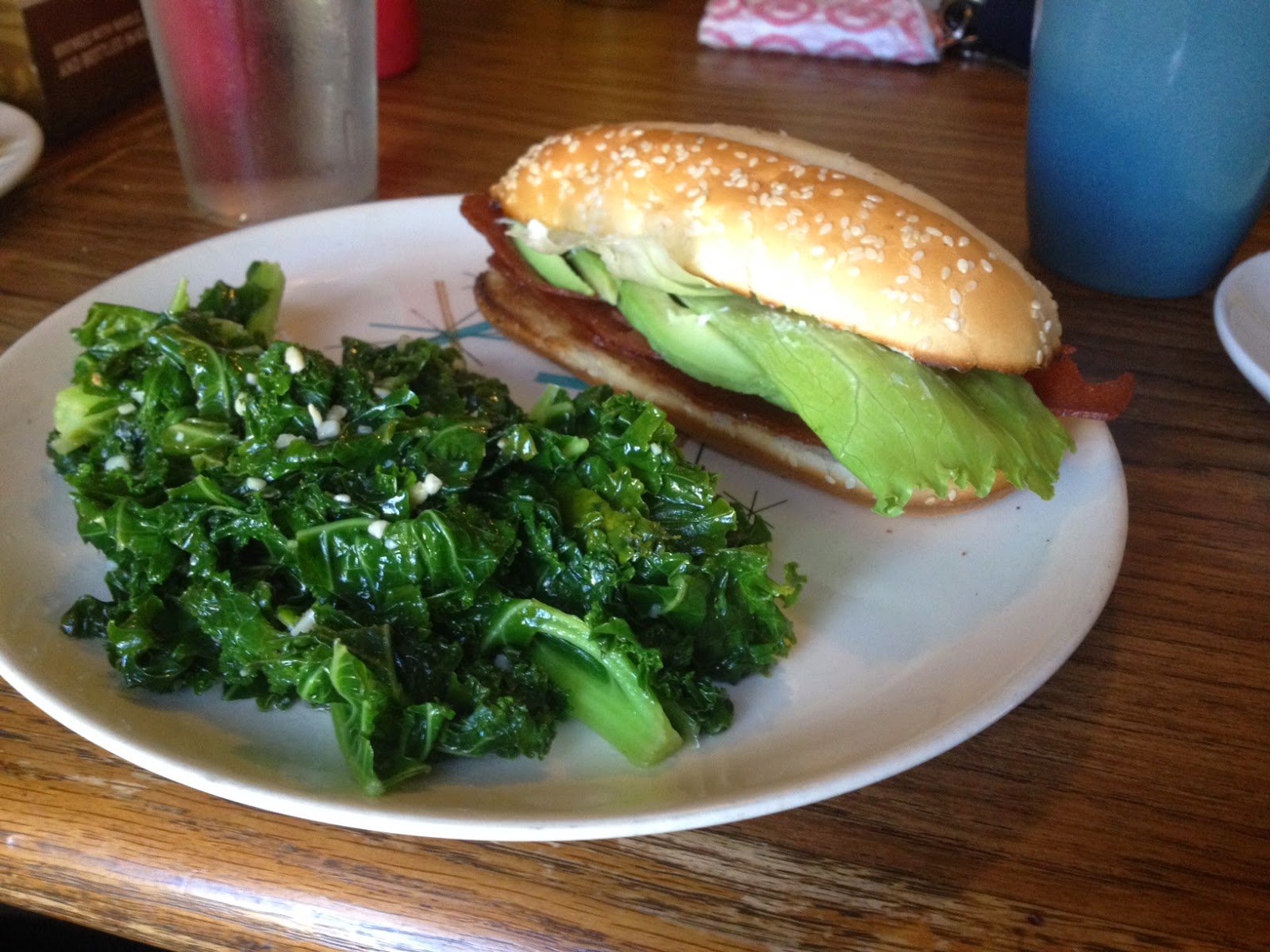 I will most definitely be checking out this Imagine Cafe while I'm in Memphis for St. Jude next month. Everything you post from there looks amazing!

Hats off to you my vegan friend!