A Decade of Veganism! 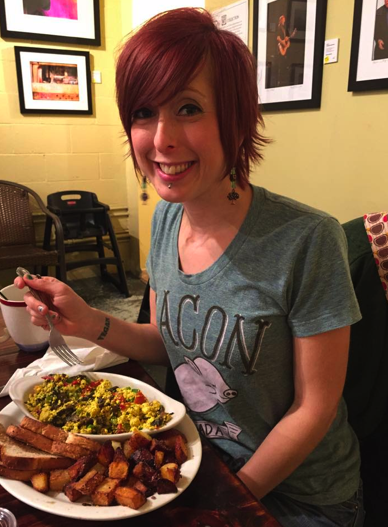 It all started in the summer of 1994. I was 13 years old and visiting my friend Purvi in Oklahoma for a week. Purvi was Indian, and her mom, siblings, and herself were vegetarian (her dad ate meat though). We ate vegetarian food all week, and I had my first Indian fare. It was love at first samosa. I knew I could make the switch to a meat-free diet. I'd long wanted to go vegetarian, probably from as far back as age 8-ish. That's around the time I made the connection between my pets and the animals we ate for dinner. I didn't see a difference, and I couldn't understand why we treated some animals as family and killed others to eat. But my mom didn't know the first thing about vegetarianism back then (1988-ish), and when I mentioned it, my idea was quickly shot down. I think I tried it for a day but gave up.

Anyway, back to 1994. After I'd spent a week with Purvi, my parents drove from Arkansas to Oklahoma to pick me up. In the car on the road trip home, I declared that I was giving up red meat and pork. I'd still eat poultry and fish though. The grocery stores in my small hometown didn't sell mock meats, so we'd stock up on veggie burgers and stuff when we visited Little Rock. My parents were more supportive this time around. By then, I was 14 and able to do more for myself in the kitchen (although, let's be honest, my mom did most of the cooking). I ate lots of ramen (because I wanted to!) and lots of mac & cheese and lots of chicken. Oh, and lots of dinners composed of side dishes. And I kept that up for about four to five months. But after that, I knew I had to go totally vegetarian. So on Black Friday in 1994, I made the switch. My mom packed my lunches for school everyday — usually PB&J and chips. I was the weird vegetarian kid, but that suited me just fine. I never had a problem being the weird kid. Hell, I wanted to be weird kid!

And then in 2004, I'd been living in Memphis for two years. I was out of college and working as an intern at the Memphis Flyer (where I'm the news editor these days). I got involved in some PETA protests and made a few vegan friends. We founded a little animal rights group called Memphis Area Animal Rights Activists. And as I delved deeper into the factory farming issue, I realized that dairy cows and egg-laying hens are just as exploited and mistreated as any other farmed animal. So on Black Friday in 2004, I vowed to try veganism for a month. After the month, when I realized how much easier (and cheaper!) it was than I thought it'd be, I committed to be vegan for life!

Typically, every year on Black Friday, my mama and I go shopping for holiday gifts. And we start the day with vegan brunch at Brother Juniper's. But this year, my mom wasn't free on Friday, so our veganaversary brunch was pushed back to Sunday. So on my actual anniversary, I slept in. And when I finally woke, I had a big ole bowl of my favorite breakfast — Brown Rice Ramen with Veggies and Tofu — while watching Game of Thrones in my PJs. YES! 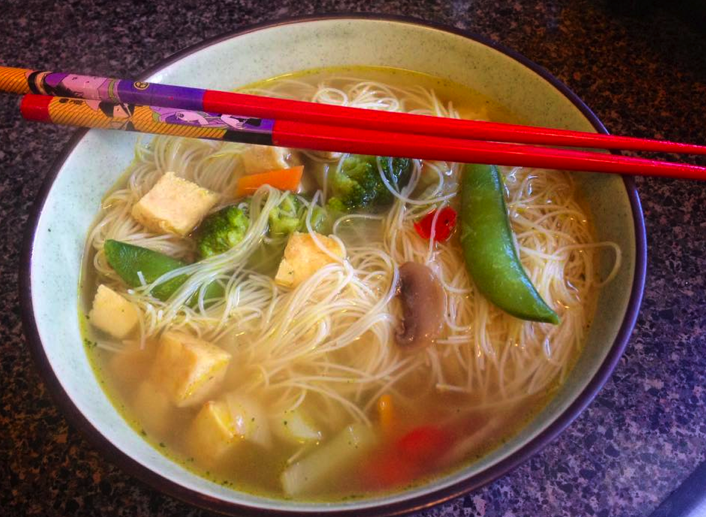 The other two meals of the day were giant plates of my second favorite meal — Thanksgiving Leftovers!! My lunch plate had more of the traditional stuff (Gardein roast, dressin', corn, and green beans), but I got a new iPhone after lunch on Friday (an early Xmas present from my daddy!) and I lost that pic. Oops! This dinner plate had Broccoli & Wild Rice Casserole, Granny's Greens & Turnips, Hash Brown Casserole, and three Veggie-Cheeze Biscuits that Greg gave me from his leftovers. 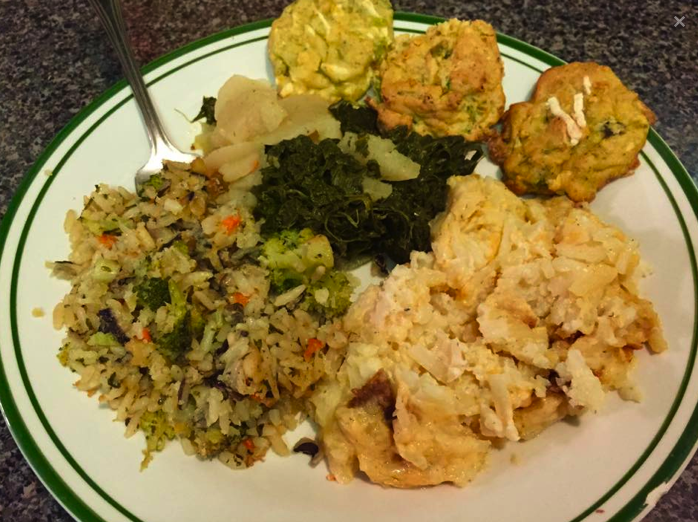 And then, this morning, my mom and I finally got to meet up for brunch at Brother Juniper's. We always order the same thing — Fahim's Special with Home Fries and Toast. 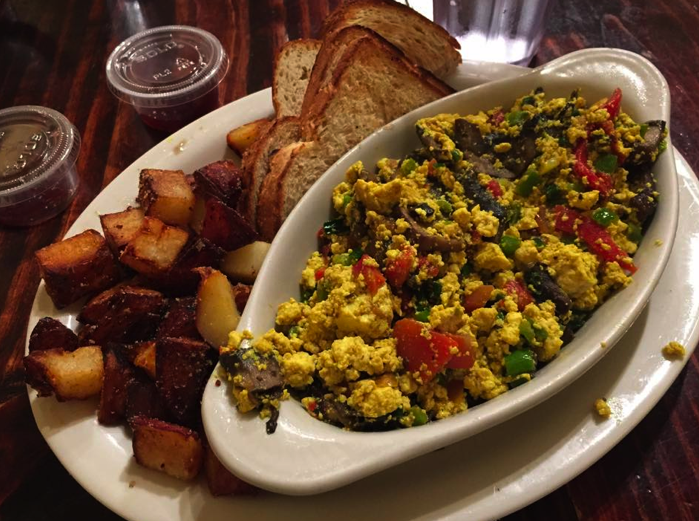 That's tofu scramble with red peppers and portabella mushrooms. It's not on their menu anymore, but it's still available by request. It's been a lovely, delicious, relaxing veganaversary weekend! I look forward to another 10 years!

Oh, and here's a little bonus for ya! Herman was hanging out in the backyard this morning, and Paul snapped some adorable pics. He lives outside these days, but he comes in often for treats and pets. 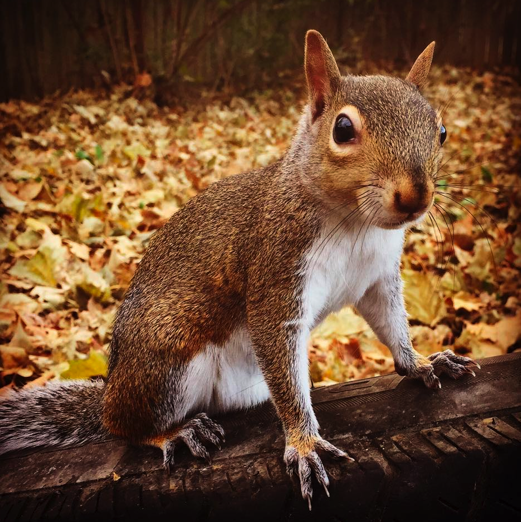 Yay for 10 years being vegan, you rock!

Thank you for sharing your vegetarian/vegan story, you were really young when you became a vegetarian, I didn't know you were that young. =)

What a beautiful picture of Herman. So he goes outside now, nice.

Happy veganversary! I have been wondering about Herman, he is so cute, I'm so glad he's still around!

Ah! Herman is so handsome! He looks all grown up :)

I love Herman, and I love your vegan story! I wanted to go veggie at a young age but with no support it never worked. I tried it lots of times through high school and even college. I guess it just took me a little longer to get here, but I've been vegan for more than 4 years now!

I loved reading your vegan story! And that ramen dish looks yum, it's one of my weaknesses also although I've never seen brown rice ramen in any stores where I live.

Yea yea, vegan powers for life!!! You are awesome! So glad we've been friends long enough that I remember the switch. Too bad it took me so much longer to follow in your footsteps. But, I'm going on 9 years vegetarian and 4 years vegan! Woohoo!

Holy shit- TEN YEARS! Not like it was a "struggle" though, right? Vegan food is far tastier anyways! Congrats for the hurdles, and thanks for keeping strong for a whole decade so we'd have a kickass blog to read!

And can someone please mail that Fahim's Special to me. I will even accept it by email.