Oops! Sorry I didn't blog last night. I kinda fell asleep binge-watching season two of Orange Is the New Black and eating popcorn. And when I woke up, it was actually time for bed. And I was too sleepy to blog. My bad!

Anyway, my Mofo theme is Pantry Raid. And I can say that much of what you'll see in tonight's random assortment of stuff I ate came from my well-stocked pantry and freezer. But I've thrown in a few restaurant meals and treats too because I'm still eating out a couple times a week.

Tonight, I had Daiya Fire-Roasted Vegetable Pizza, which I impulse-bought about a month ago when I realized my formerly skeezy neighborhood Kroger was now selling Daiya pizza. They just expanded their health food section, and now they have all sorts of awesome stuff that I used to have to drive to fancy Kroger for. Lookout world! 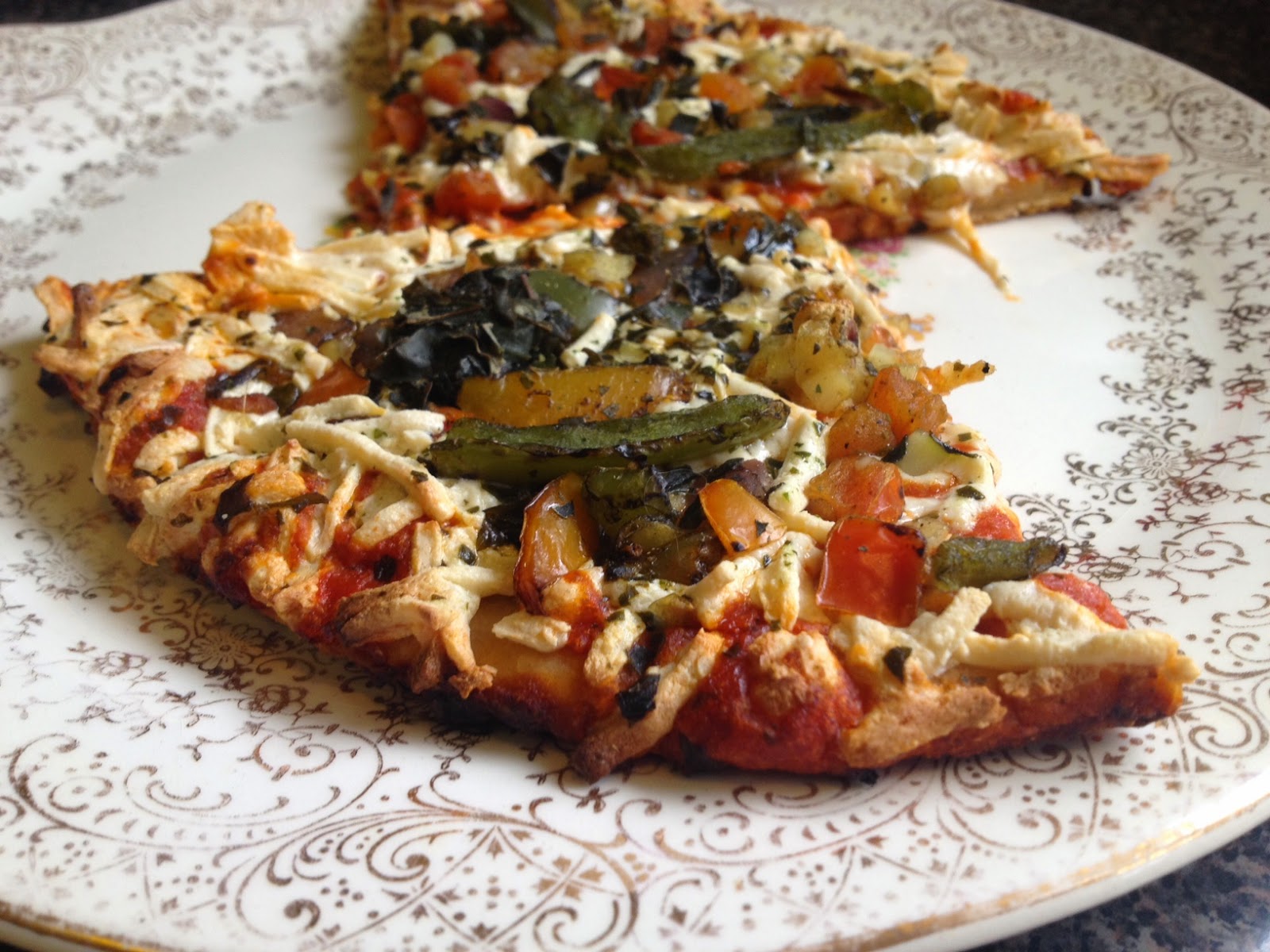 On the side, I had something I've been eating a ton of all month — Carrot "Tuna" Salad. This is made from leftover carrot pulp from juicing, and since I juice several days a week, I always have lots of pulp. I bought the Raw Carrot "Tuna" Salad seasoning blend at the Memphis Plant-Based Food Fest at the end of August, so that forms the base of the flavor. It has seaweed, nooch, maybe some sesame seeds, garlic powder, onion powder, and some other secret stuff that isn't listed on the label. The salad also has Just Mayo, celery, and chopped pickles. So good! 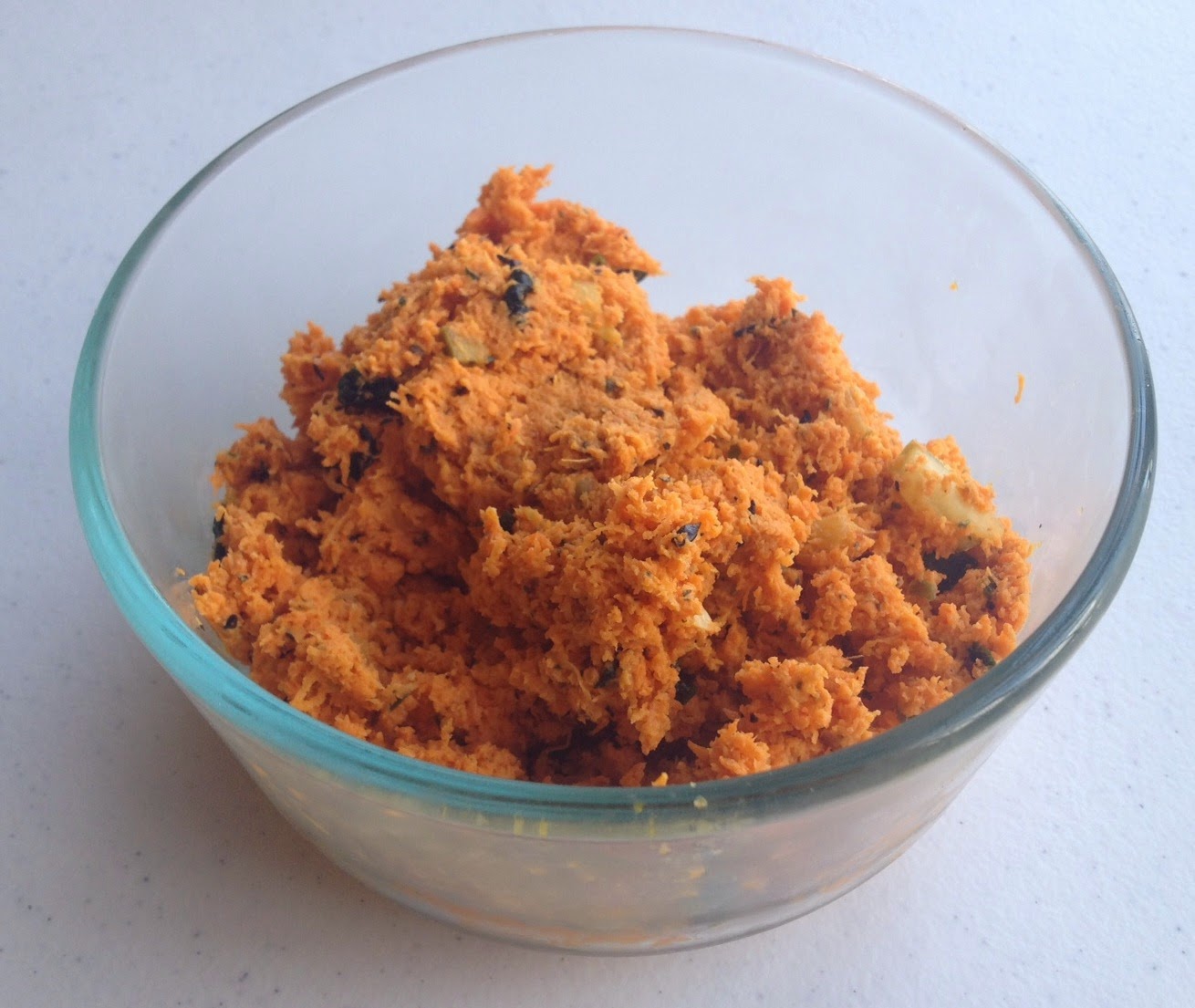 Remember when I mentioned my Kroger Manager's Special hoarding problem last week? Well, they seem to always have all-natural cereals and granolas on sale. And even though I don't eat much cereal, it seems too good a deal to pass up. I'd been hoarding this Cascadian Farms Maple Brown Sugar Granola for too long. I finally had some for breakfast last week with vanilla almond milk and banana slices. 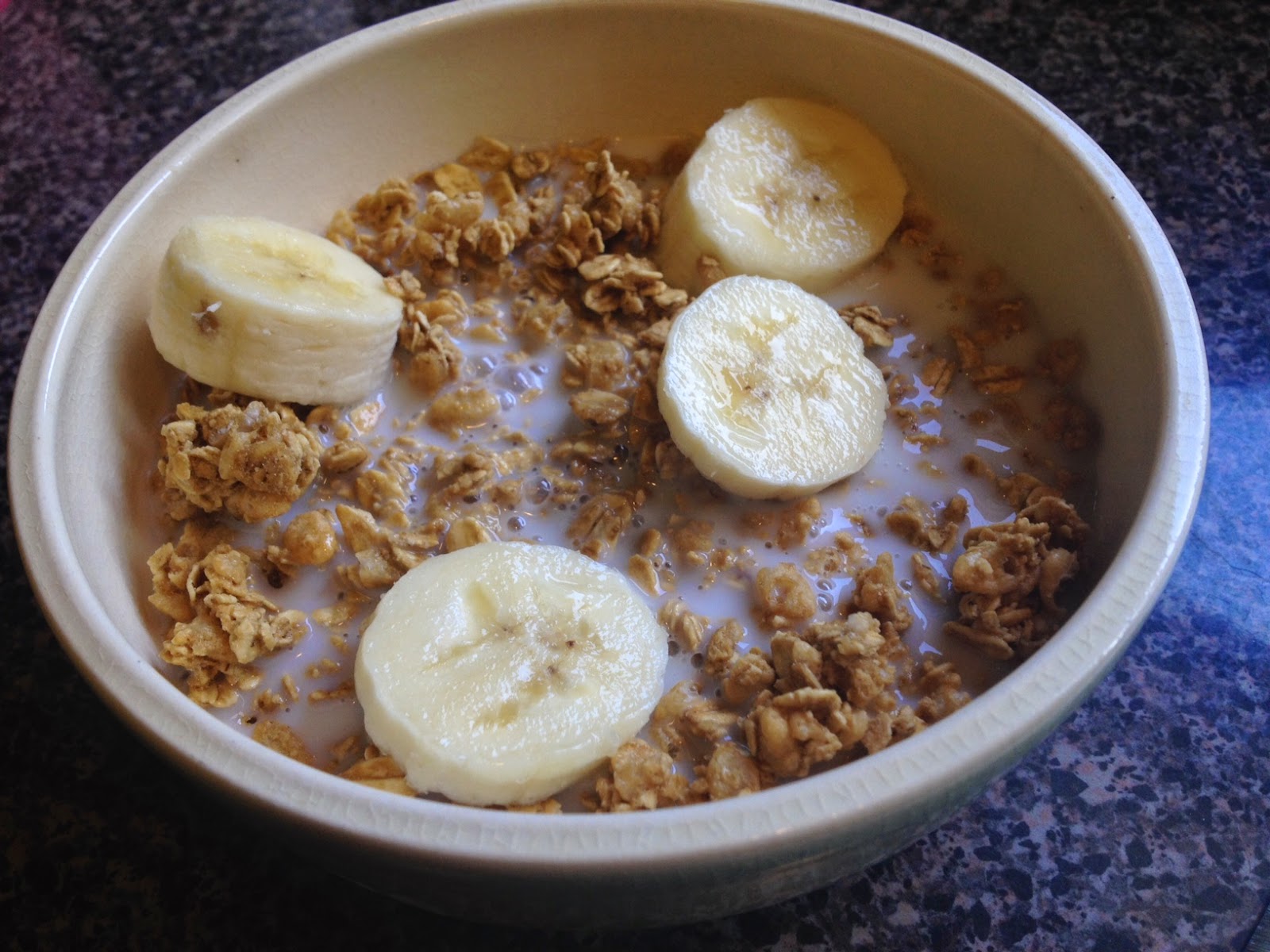 I had a lot of leftover aged Vegan Cashew Chevre and Vegan Sharp Cheddar (both from Miyoko's Artisan Vegan Cheese book) from last week's wine party. So I've been having my own little wine parties after work every day. Vegan cheese, crackers, and wine make a lovely pre-dinner snack. (Oops, you can totally see my dirty dishes in the sink!!) 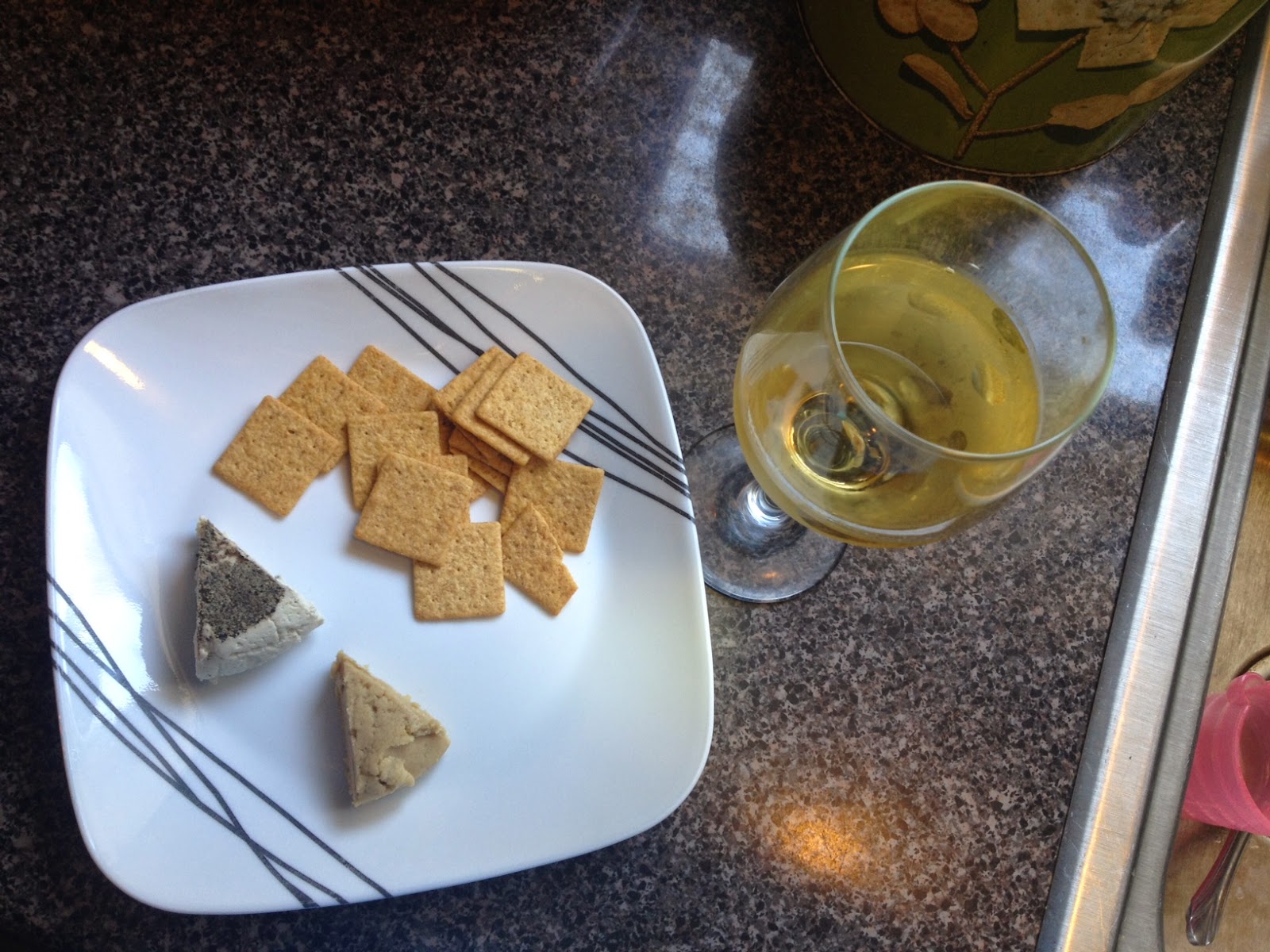 Last Friday, my hula-hoop choreography class at Co-Motion Studio performed our first public routine (to Bob Marley's "Soul Shakedown Party"). I was afraid to eat much before the show for fear of getting gas or something. Eek! So I waited until afterward and got a Smoked Veggies & Rice Plate from the Hi-Tone music venue next door to the hoop studio. They have a guy named Richard who cooks things outside in a smoker. He always has one vegan option because a lot of the bands that play the Hi-Tone are punks and hardcore bands with vegan members. These smoked veggies were AWESOME! Anything smoked is crazy good. 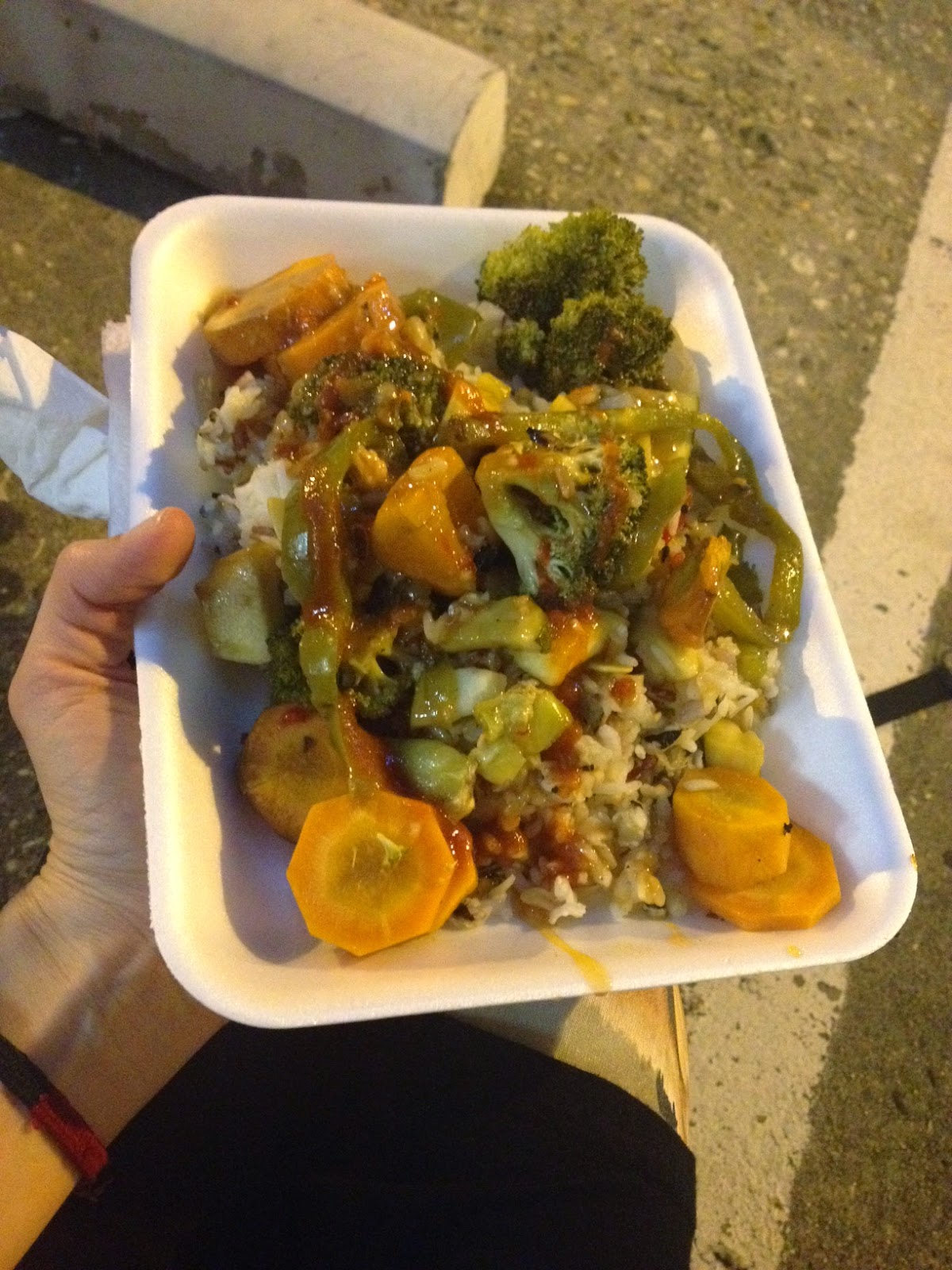 This past weekend was Cooper-Young Fest, a massive arts, crafts, and music festival in the Cooper-Young neighborhood. I went with Paul's sister Sheila and Greg, and when we got hungry, we headed down to Imagine, which is located in Cooper-Young. And the best thing in the world happened!!! They had homemade Vegan Doughnuts!!!!!!!!! They don't usually sell doughnuts, but Kristie was frying them up just for the fest. THIS WAS INSANELY GOOD! 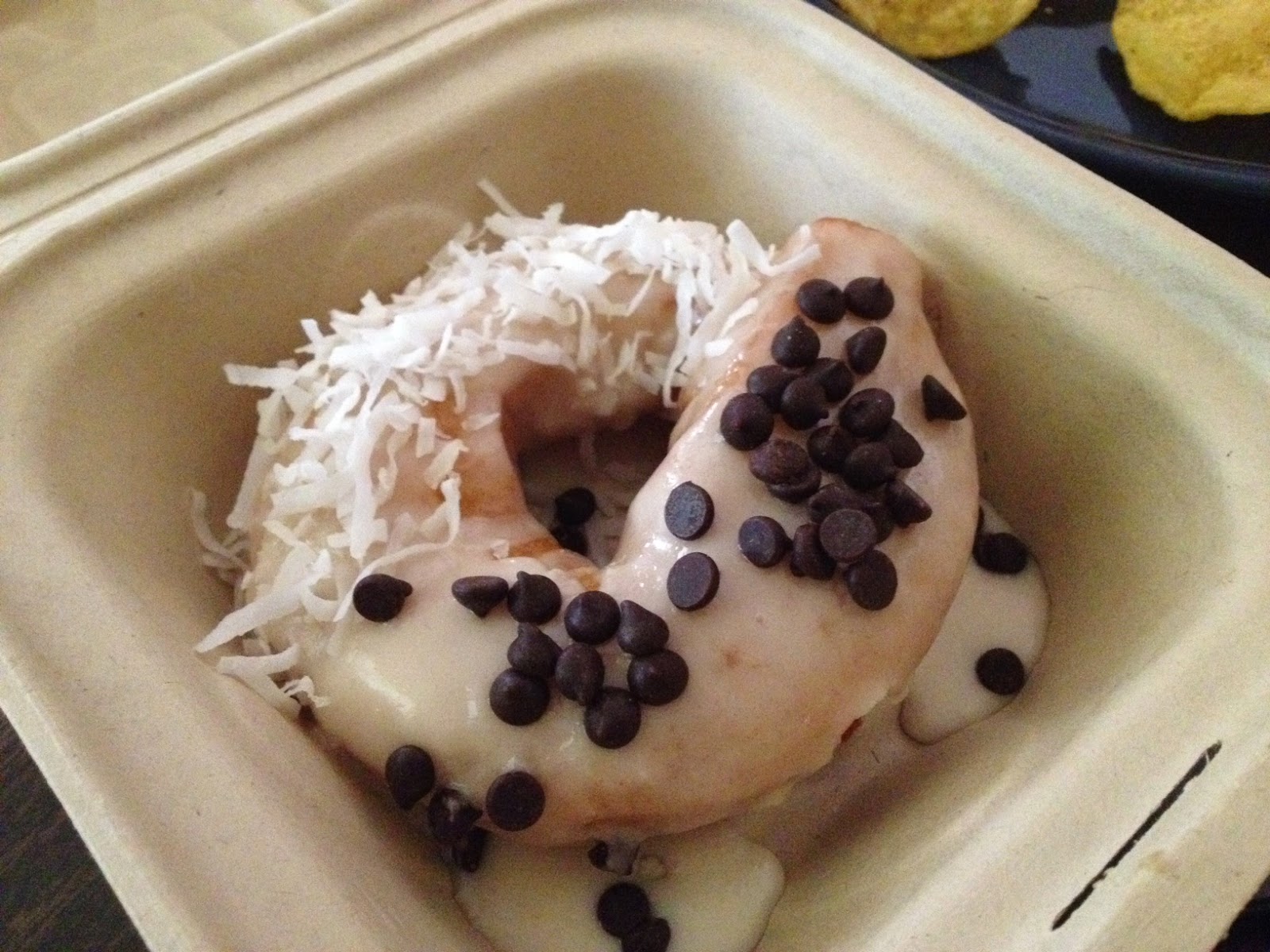 Speaking of desserts at Imagine, I went to brunch on Sunday and couldn't resist one of Stephanie's Pumpkin Cinnamon Rolls. I always resist pumpkin until after the Harvest Moon, the full moon in September. But that happened last week, so pumpkin season is officially here! I took this home and had it for breakfast this morning. 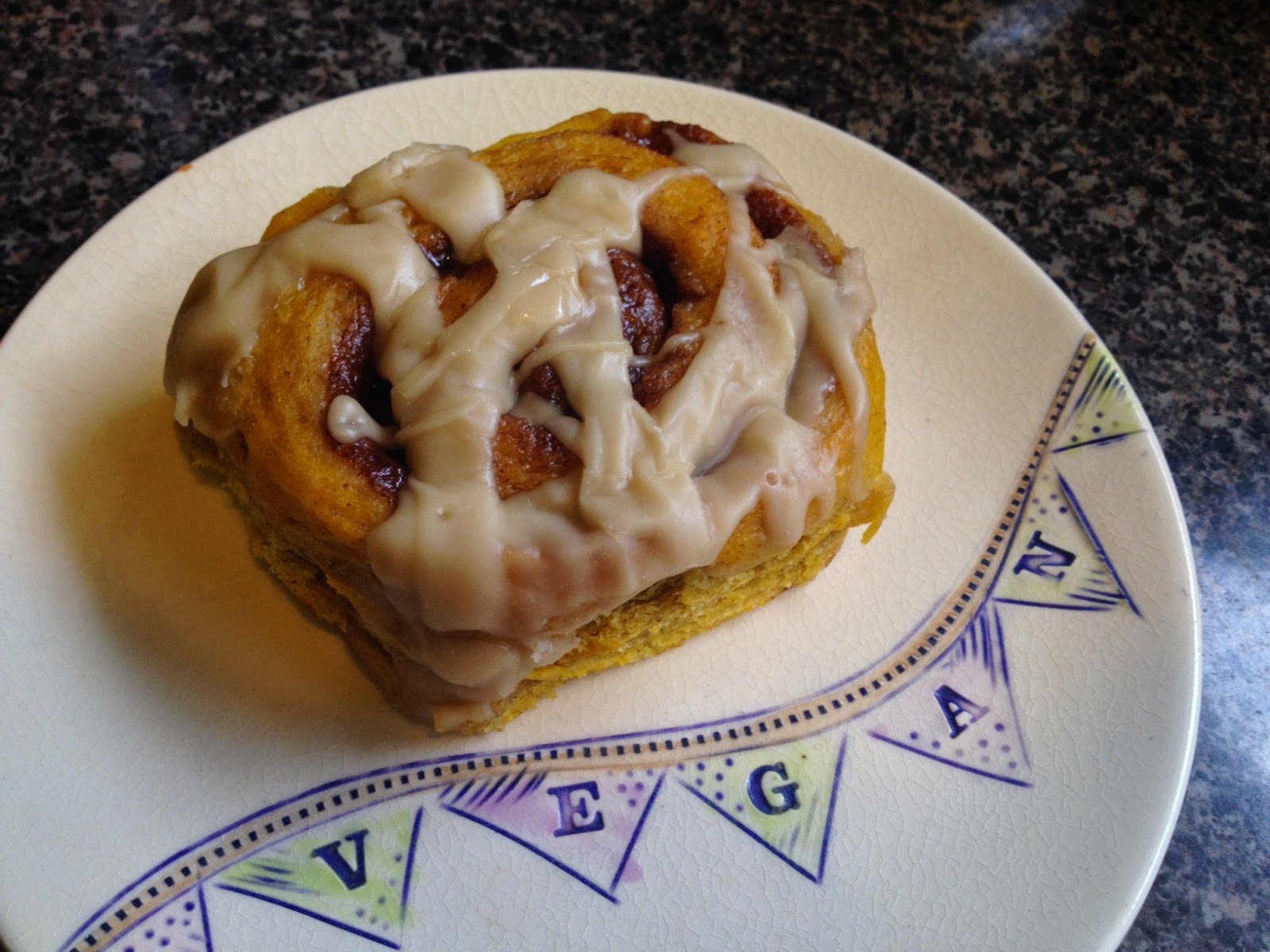 Ah punk music, haha. I have fond memories of driving an hour from Osceola in high school with my blue haired boyfriend in tow, ready to listen to whatever punk band was playing that night. Meeeemmoriessss

I'm all for vegan melted cheese but I personally find Daiya's to be way too sweet. The last time I ate a pizza with it on it, I was unable to finish it because of the sweetness. I've found that prefer the vegan cheese recipes by Miyoko Schinner. They're worth the time it takes to make them. I just made a pizza using the easy buffalo mozzarella recipe on her blog and it was delicious. If you haven't tried it, I highly recommend it.

i thought of you yesterday when i was at the natural foods store - checking out the clearance section of course! - and they had that same red lentil pasta and black bean pasta on sale. But it was on sale for $4.99!! BOO! Didn't you get yours for $2? I didn't buy it.

[ Smiles ] I don't mind consuming all of those vegan delicacies.

Bex, love Miyoko's cheeses! The cashew chevre and sharp cheddar in this very post were made using her recipes. But I also love Daiya. I like that touch of sweetness. Really, I like just about everything. :-)

Have you finished the second season of OITNB yet??? I had strep throat the week after it was released this summer, so I blew through the whole season in like two days. haha It could not have ended more perfectly!

As always, your food looks super good. And that Imagine Café seems to be the best place on earth, nothing less.