Shortly after I went vegan in 2004, somebody told me that lo mein noodles were egg-based. At the time, it seemed like everyday, some food item was being struck from my list of what I could still eat. I was crushed. Veggie lo mein was always one of my favorite dishes, especially back then because I was all about Chinese buffets. I soon realized that a Chinese buffet doesn't have much to offer vegans. Sadness. From then on, I've always stuck with veggie fried rice (hold the egg).

Well, turns out some lo mein noodles are vegan! I'd guess the kind served in most casual Chinese restaurants are the egg kind. But Explore Asian has a Lo Mein Noodle in its line of organic, wheat noodles, and they sent me some to try. The lo mein is there on the end. 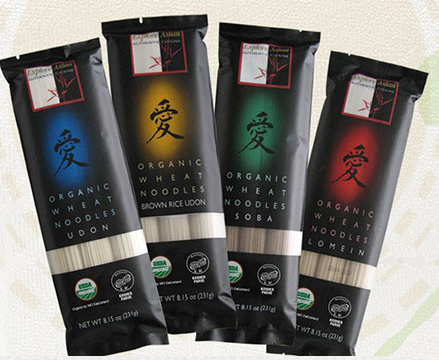 I know I could never recreate the traditional oil-heavy, MSG-laden lo mein that you'd get in a restaurant without balking at the calories. So I didn't even really try to go there. I made a much healthier, low-calorie(ish) Veggie Lo Mein instead. It's basically noodles, a homemade brown sauce (vegan oyster sauce, soy sauce, garlic, etc.), and veggies (I used bok choy, broccoli, mushrooms, carrots, onions, garlic, and summer squash). 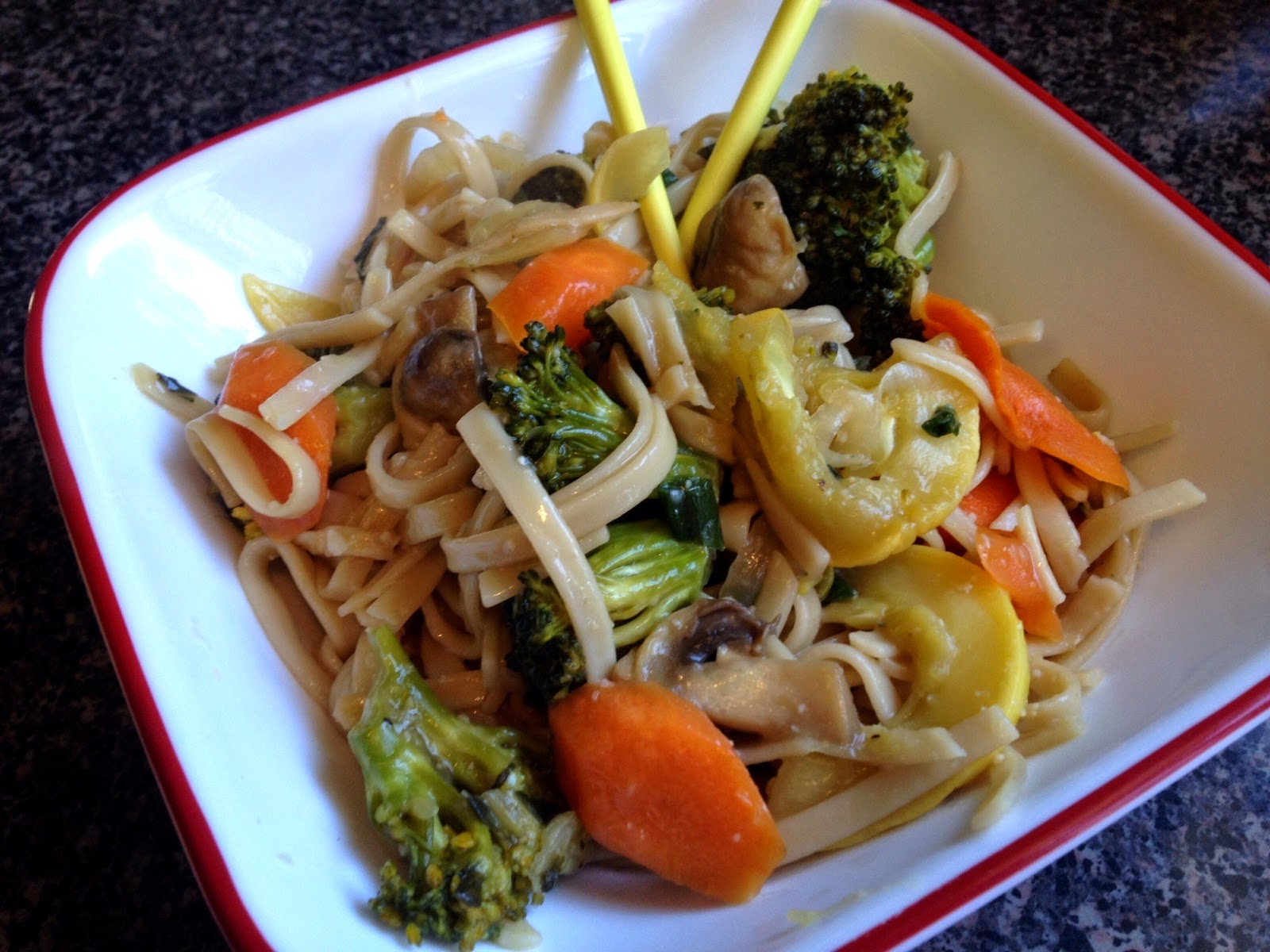 I'm planning to save the recipe for my next cookbook, which will be a look at veganized food trends through the past decades. The history of Chinese food in America is fascinating! Much of the stuff served in Chinese restaurants here isn't even Chinese.

Dishes like egg fu young and General Tso's chicken were invented here for American palettes when Chinese immigrants were opening restaurants to feed Americans in the post-World War II era. Thrillist has a great list with "10 Little Known Facts About American Chinese Food."

I ate my lo mein tonight with Fried Cream Cheese Wontons (made with vegan wrappers and Daiya chive & onion cream cheese). You can find that recipe here (just leave out the vegan crab for straight-up cheese ones). Here's an old pic of those since the ones I made tonight didn't turn out as pretty. 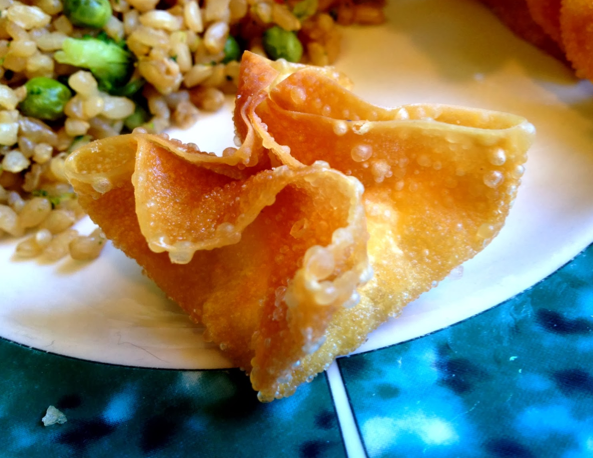 Fabulous idea for a book, especially written by the reigning vegan queen of ramen! I'd love to try the Explore Asian noodles...it's always nice to find another noodle company to experiment with. I did a bunch of posts a few weeks ago on Asian noodles and did a price comparison here if you're interested...
http://thepeacepatch.blogspot.com/2014/03/ramen-day-extrathe-going-rates.html
Thanks for the info and links...cheers! :)

I'm still really bummed about the lo mein noodles. I never knew that, and had been eating them here and there. I'll have to try this brand. And those wontons! I want them! I had some at that all-vegan chinese restaurant in PDX last summer and have wanted more ever since :)

CREAM CHEESE PUFFS?! Yes!!! Totally making those soon. I enjoyed reading the Thrillist post, thanks for the link!

I have had lots of luck finding vegan lo mein noodles actually! obv here in nyc we have them at veg dim sum houses, but you can find fresh wheat lo mein noodles at asian supermarkets too. So if you're cooking chinese food you don't have to use spaghetti, you know? It's all about the doughy noodle.