A few years ago, if you'd asked me how I felt about smoothies, I'd have said "Meh, they're okay for a snack. Smoothies are not a meal." Silly me! At the time, I hadn't discovered all the amazing vegan protein powders on the market. I'd occasionally add a scoop of plain, unsweetened hemp powder to smoothies, but that stuff tasted like dirt. And I'd always get hungry an hour (or less) after drinking a fruit smoothie.

Thankfully, either smoothie powders have gotten better or I've finally discovered the good stuff. But I have smoothies for breakfast every day that I run, which right now, since I'm still coming back from my injury is limited to three days a week. Most days, those smoothies are made with my first smoothie love, Vega. But I'm always willing to try new powders. A couple weeks back, a new start-up vegan protein shake company sent me samples.

These are UB Super Protein Nutritional Shake powders in chocolate and vanilla. They're made with a special blend of superfoods — acai, maqui berry, camu camu and acerola cherry — that UB Super founder Scott Kanyok claim saved his life when he was recovering from a life-threatening bicycle wreck in 2008. 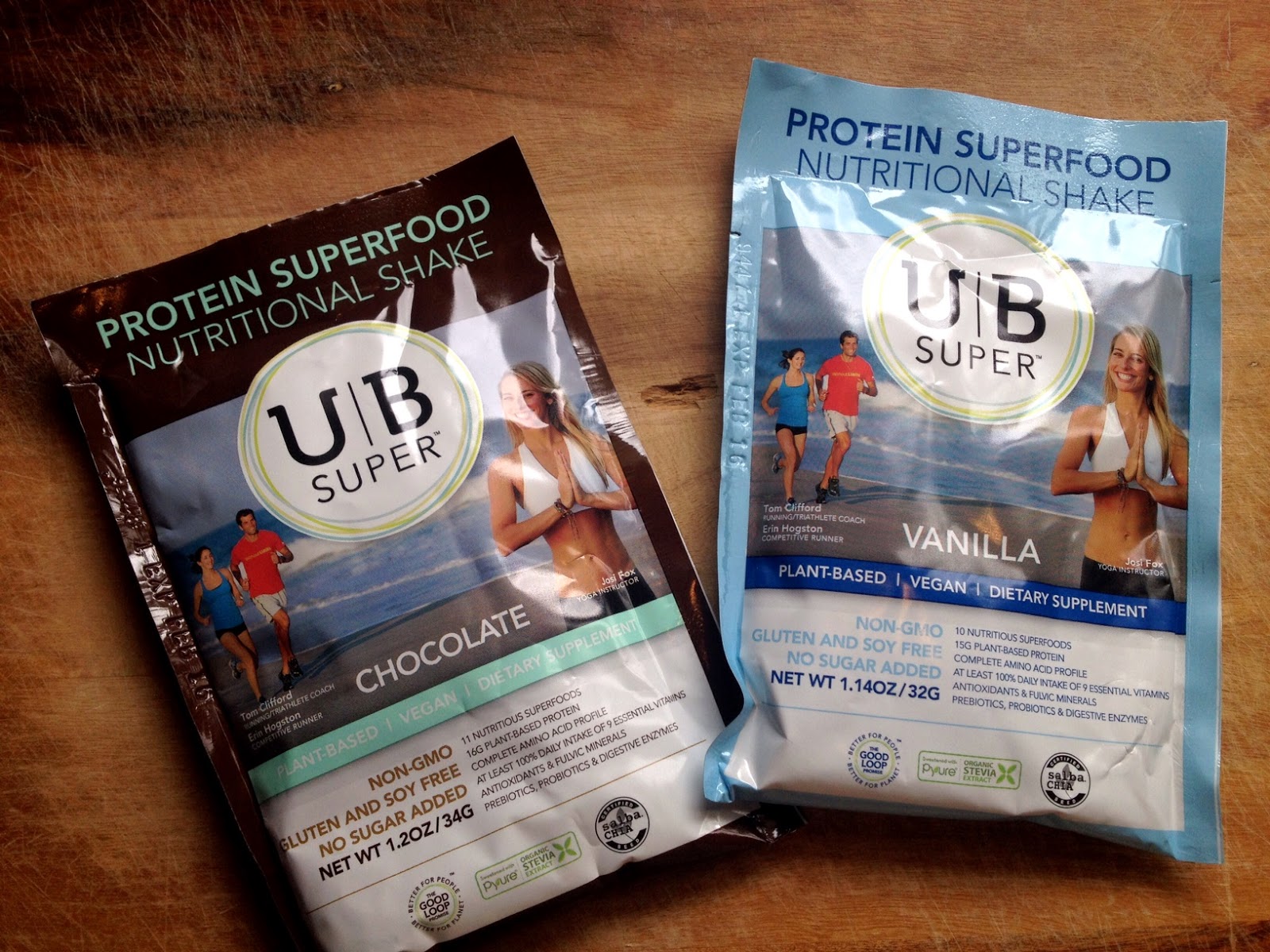 Now, I'm a bit of a skeptic when it comes to superfoods. But I definitely believe they're is great for you (just that other not-so-exotic foods might be pretty super too). But if Scott believes this stuff helped his recovery from an injury, I'm willing to give it a try for my post-workout recovery. Can't hurt, right? Plus, this stuff is packed with 22 grams of protein made from a blend of yellow pea, rice, chia, hemp, and quinoa. It also contains B vitamins (including a LOT of B-12), prebiotics, probiotics, and antioxidants.

But how does it taste? I put both flavors to the test last week. First I used the vanilla in a Banana Matcha Smoothie (almond milk, frozen banana, two teaspoons matcha green tea powder, vanilla UB Super). 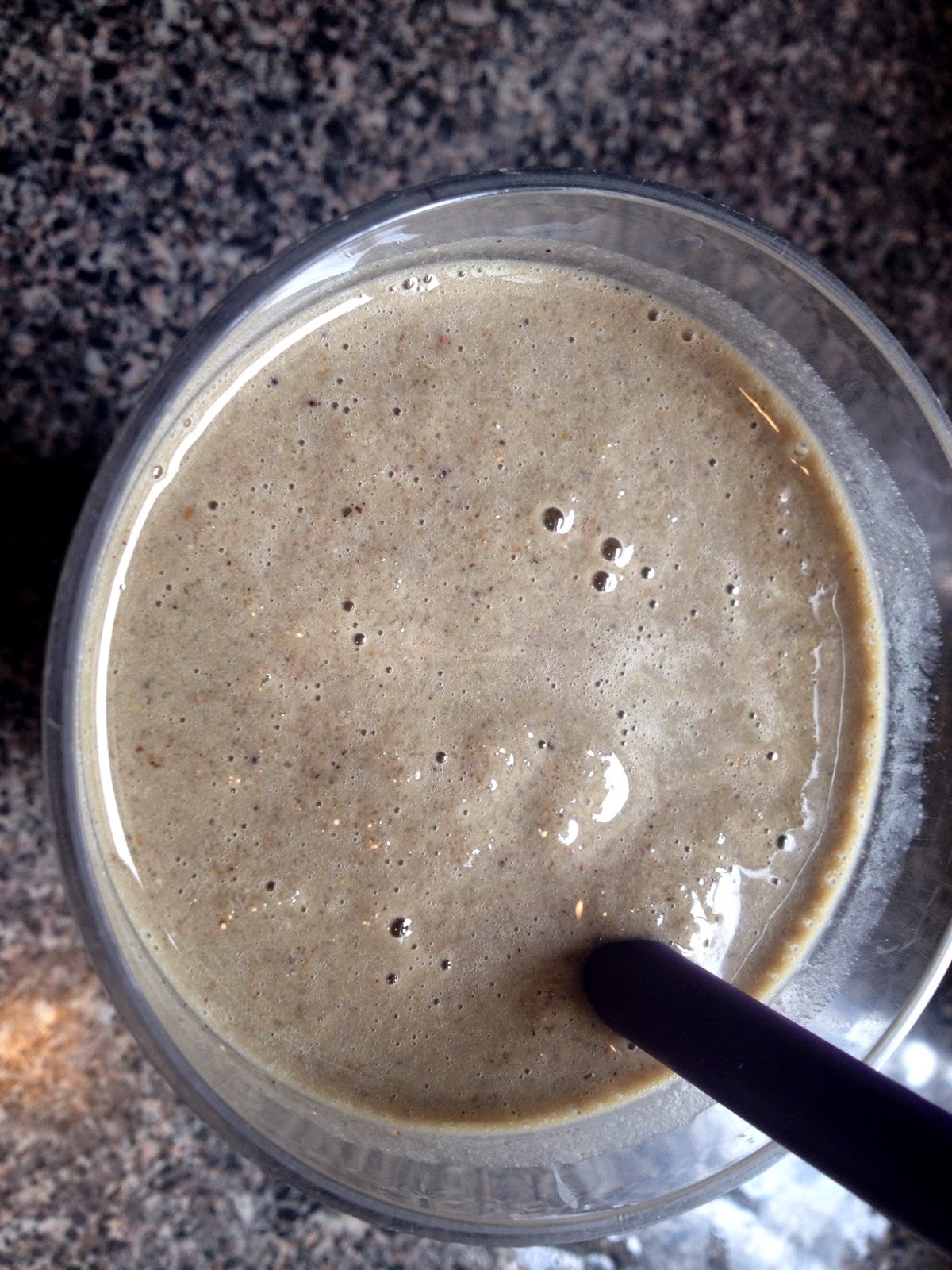 Perfect. The UB Super powder is stevia-sweetened, so it tastes like dessert without being unhealthy. And the vanilla flavor was spot-on.

Next up — chocolate. I blended a package into this Chocolate-Coconut Smoothie (coconut milk, shredded coconut, cacao powder, ice, and chocolate UB Super). 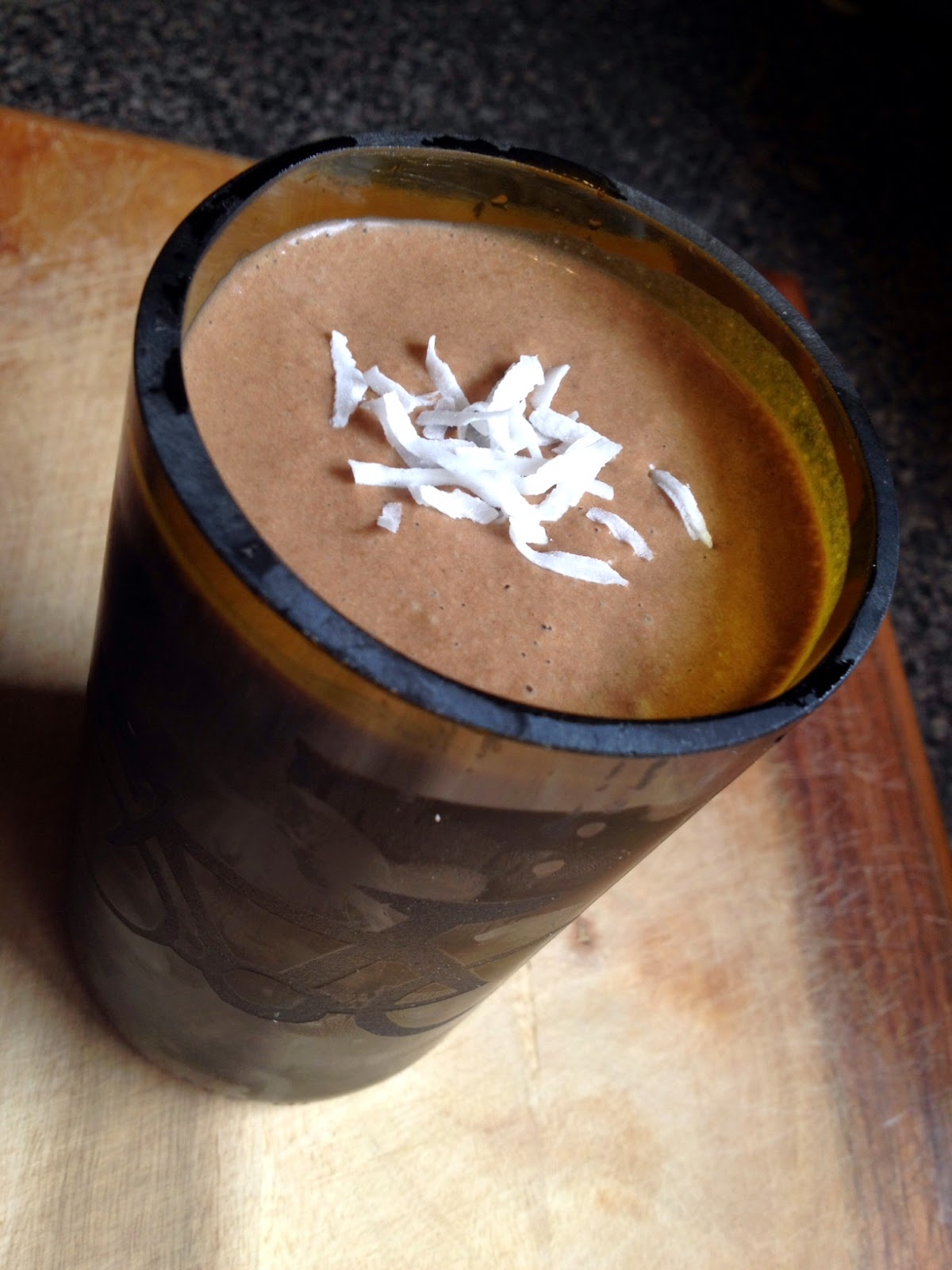 You know, usually I pick vanilla over chocolate. But I think the chocolate flavor of UB Super is my fave. It was just amazing with the coconut. And look how thick?! Without even using a banana!

This stuff is good, and even though it's new, I think it has potential to compete with the big guy vegan smoothie powders. Scott and his brother Brent have launched an Indiegogo campaign to help fund their distribution strategy. Check it out.
Posted by Bianca at 9:50 PM

Somehow I still can't let a smoothie go as its own meal, less because I'm actually hungry but more because of some mental block that makes me need to chew.
But these smoothies definitely both look really filling and delicious.

i'm a HUGE fan of the smoothie. i have started adding a quinoa salad with my lunch smoothie, because solid food is good. :D