I don't really celebrate Easter from a religious standpoint, but who doesn't love chocolate bunnies? Especially when your awesome daddy, who doesn't believe one can be too old for an Easter basket, orders that bunny for you.

Yep, I still get an Easter basket. This year, my daddy asked me to pick out a few items from Vegan Essentials for my "basket." Here's what I picked. 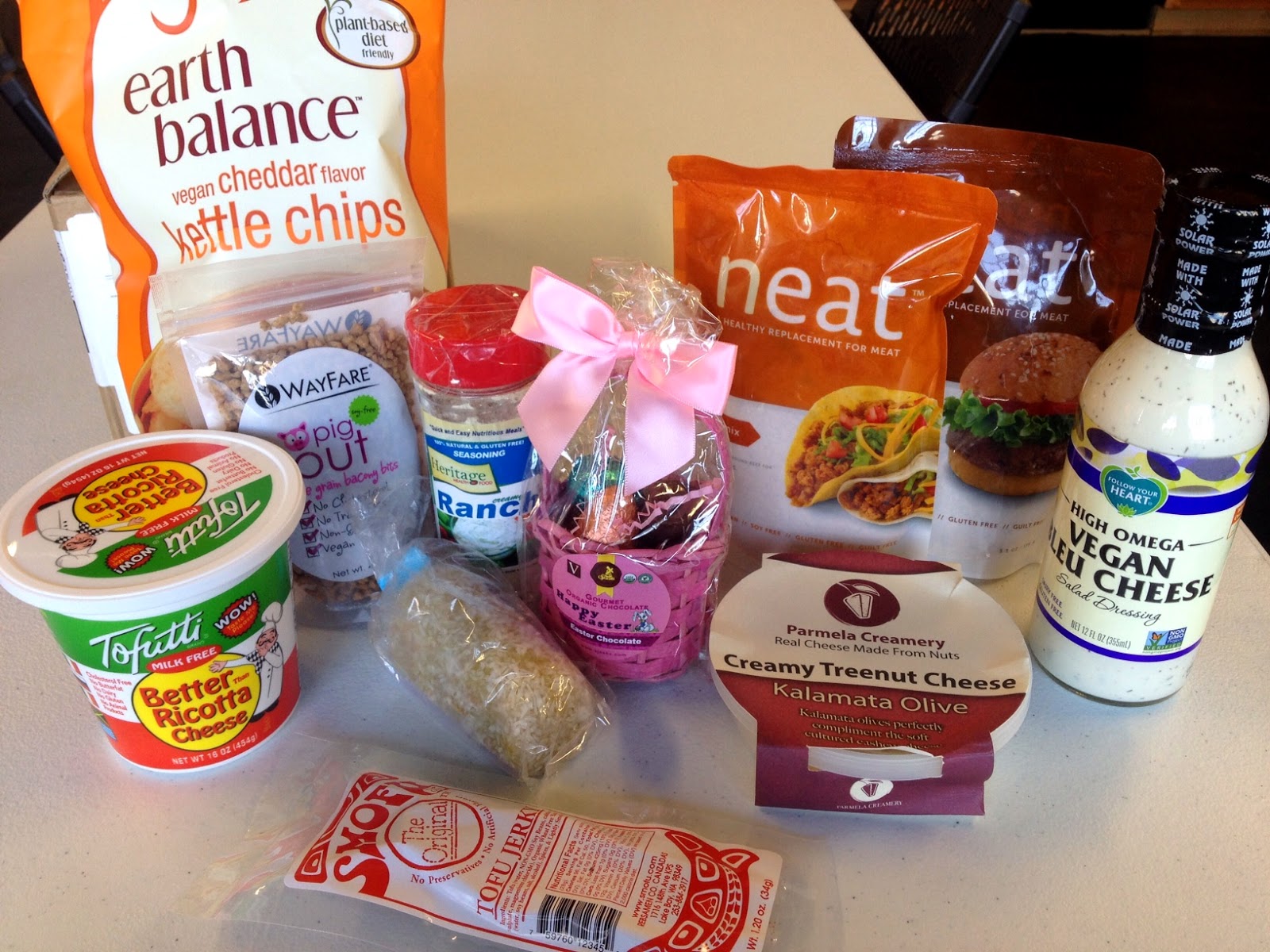 Whew! Daddy went all out this year! Here's what I've tried so far.

Of course, I already opened my little Sjaak's basket. It's teensy, which is perfect because my hips do not need a gigantic chocolate Easter bunny.


Inside, there's a little bunny and three vegan rice milk chocolate eggs. I'm actually eating the bunny as I type. It's so yummy. I guess I've really missed that creamy milk chocolate taste. Quality dark chocolate is great and all, but this tastes like the Easter bunnies of my childhood. Much better than fancy dark chocolate! 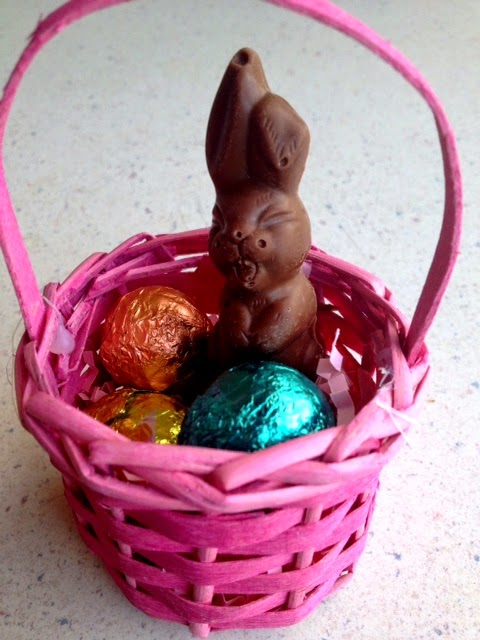 I opened the Smofu Tofy Jerky right away. This was different from other jerkies I've tried. The seitan-based jerkies tend to be soft and chewy. But this was more tough and chewy, like the homemade meat jerky my daddy used to make in our dehydrator when I was a kid. Good stuff. 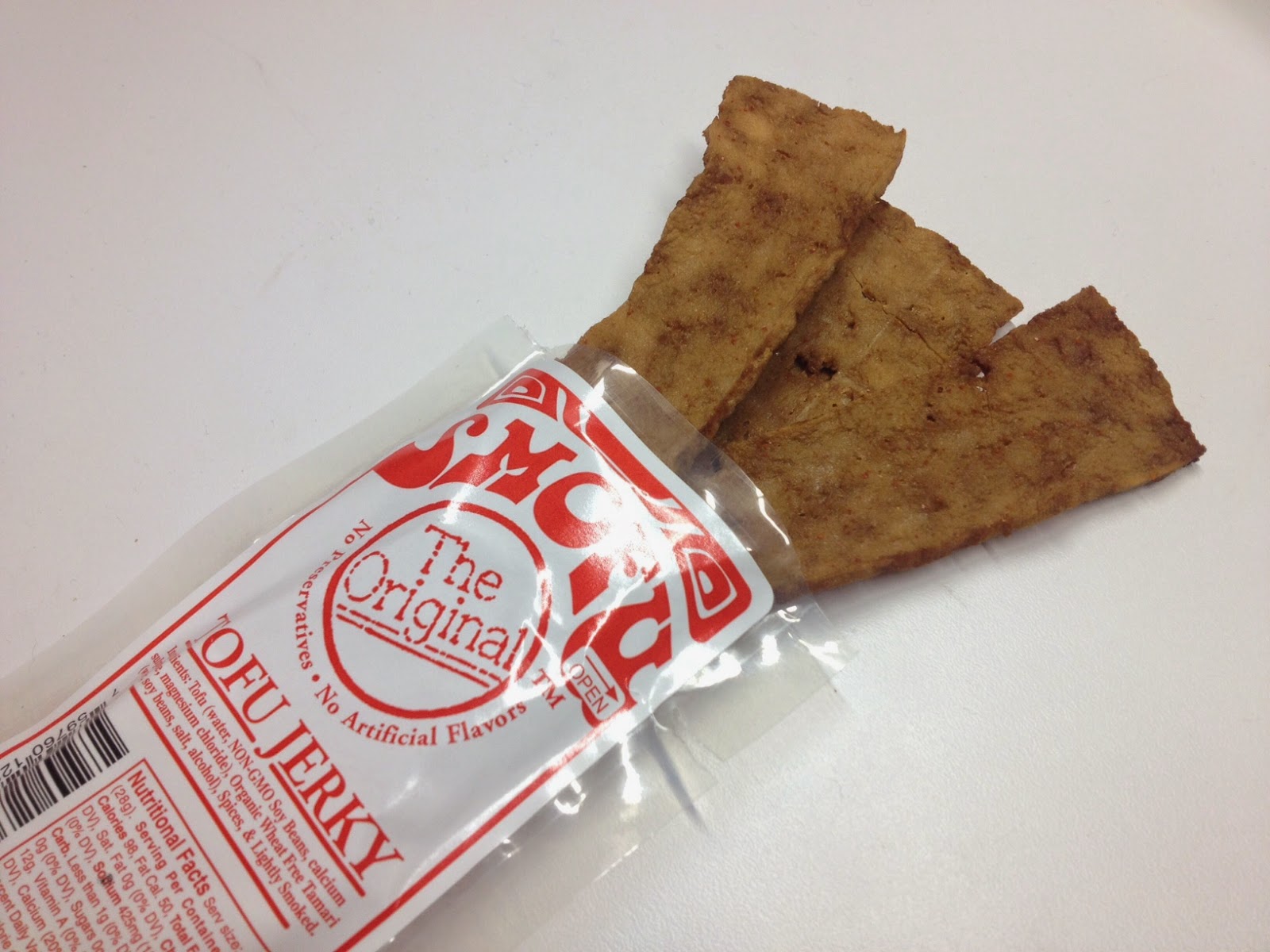 I've been enjoying the Parmela Creamery Kalamata Creamy Treenut Cheese on Wasa crackers all week. This is a smooth and creamy cashew cheese with little flecks of olive. Very tasty, but I think they were a tad skimpy with the olives. I would have included three times as much if I made this at home. As for taste, it really tastes like fancy aged dairy cheese. And since it contains coconut milk, it's creamier than most cashew cheeses I've had. 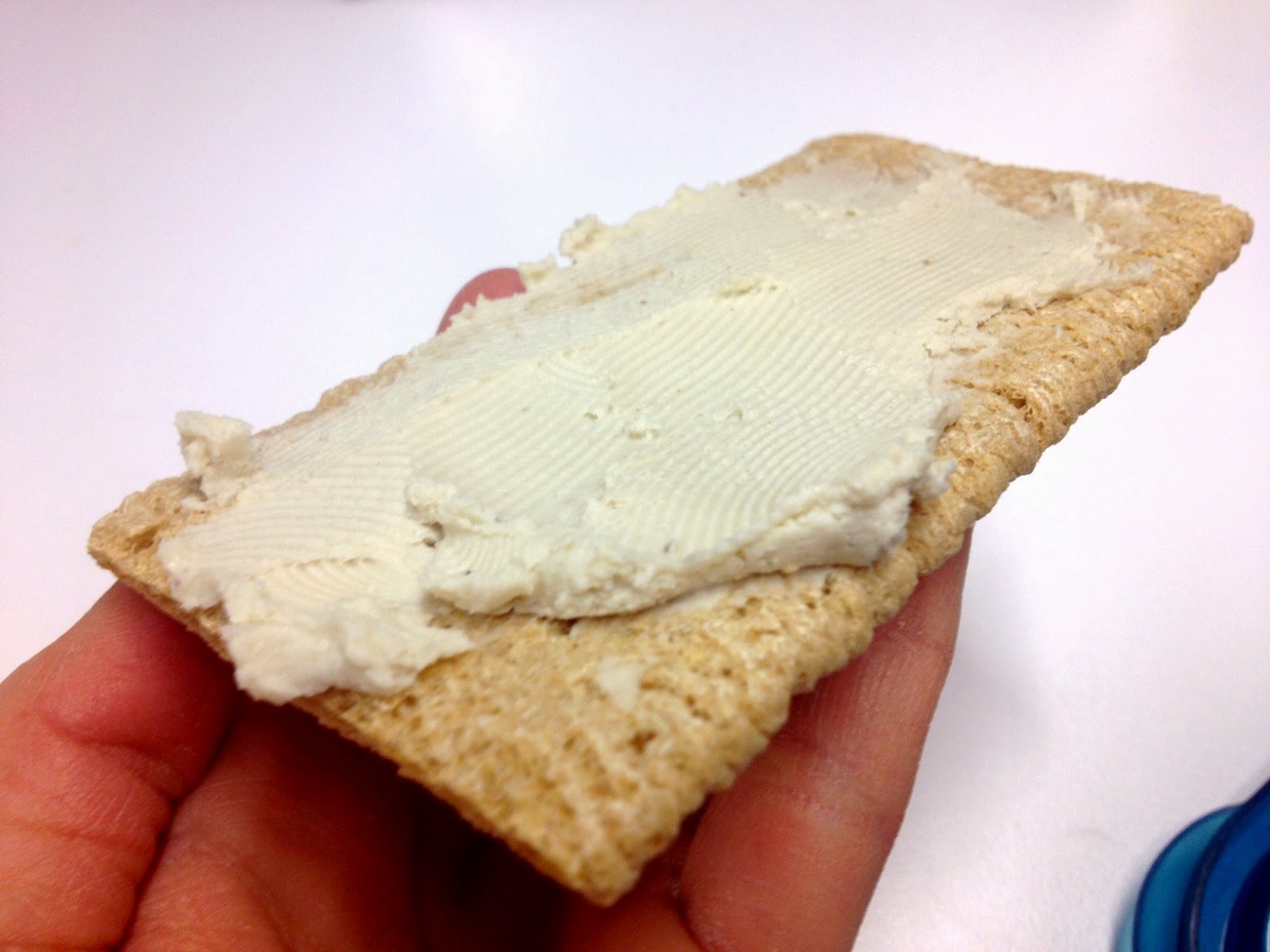 The Coconut-Lime Dillo was the stuff dreams are made of — seriously. It was moist and light and it tasted like the tropics. It's the kind of thing you eat and immediately get sad because it's all gone. Vegan Essentials sells several flavors of these, and it will now be my mission to try them all. 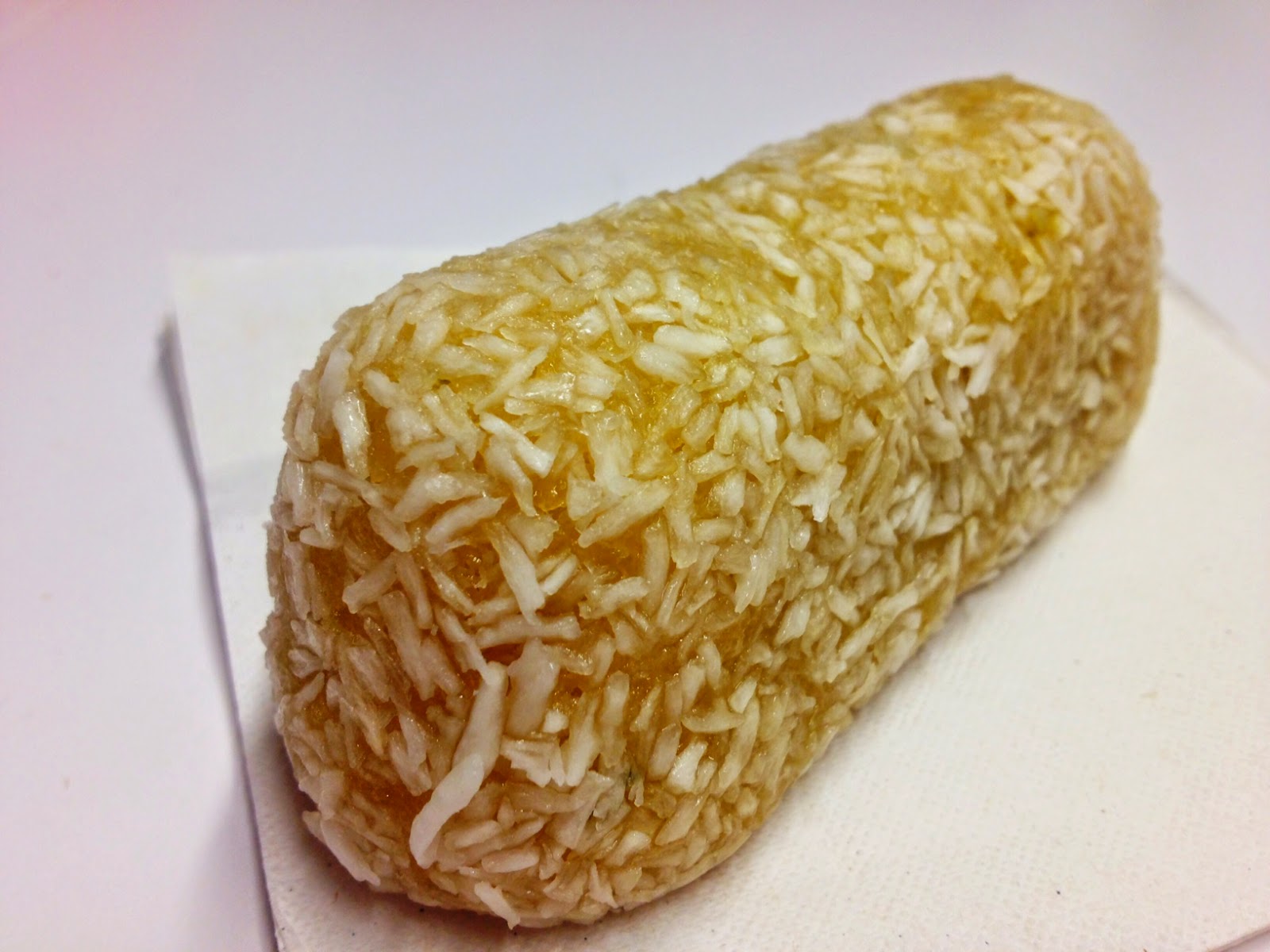 I had a salad with the bleu cheese dressing and bacony bits, but I forgot to photograph it. I've never actually tried dairy bleu cheese dressing because the mold always freaked me out. So I've no idea how spot-on this vegan version is, but it's really delicious. I think of it as a cheesy ranch dressing. Also, those bacony bits are my fave! There were samples in our swag bags from Vida Vegan Con, and I've been dreaming about them ever since. They're actually made from whole grain cereal, so they're healthy!

Finally, I used the Neat Mexican burger mix this week to make nachos! I tried Neat at Seattle VegFest and just had to have some! It's a powdered mix made from ground pecans, garbanzo beans, oats, and spices. You mix with a vegan egg replacer (I used Vegg Baking Mix), and brown in a skillet. I made patties, and then broke those into crumbles for nachos. 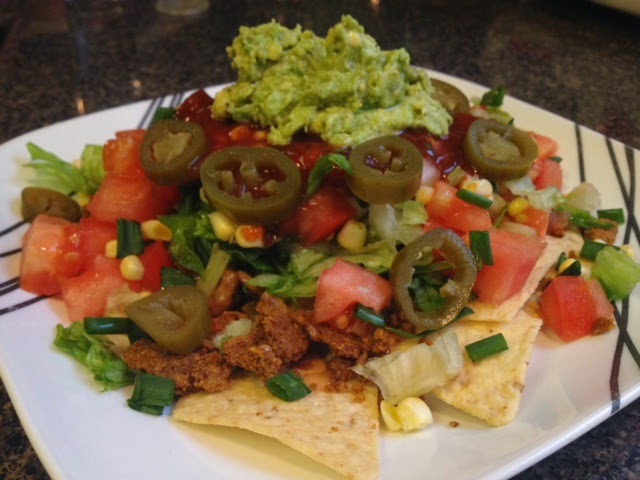 Your daddy is so generous! I hope he's recovering well from his surgery. I always refused to eat bleu cheese dressing as an omni, but the FYH version is so good! I had a bottle a while back and found myself constantly trying to find reasons to eat it. ;) Enjoy your Easter haul!

I love that you still get an Easter basket! It looks like you made some really great choices! I'm kind of fascinated by the bleu cheese dressing and the dillo sounds sooooooo good! Coconut lime is one of my favorite flavor combos. Enjoy the rest of your basket!

OH MY GOD. I want all of these things, especially that beautiful plate of nachos! You know nachos are my fave!!! Also, Drew's favorite pregan dressing was bleu cheese and I've really been meaning to order some of that for him! Glad to know it's tasty!

Nom nom nom. I didn't even know some of these products existed! I need that ranch seasoning immediately, and those chips wouldn't last very long around me! Now I'll have to try.

Your dad is awesome!