Papa Crunk turned the Big 6-0 last Thursday! But since Thursday was a work night, and my parents live an hour away, we decided to wait until this past Saturday to celebrate. We kept it low-key this year despite the big occasion. It was just me (I'm an only child), Mama, Daddy, and my dog Datsun (Mama makes me leave my pittie Maynard at home because he's extremely hyperactive). 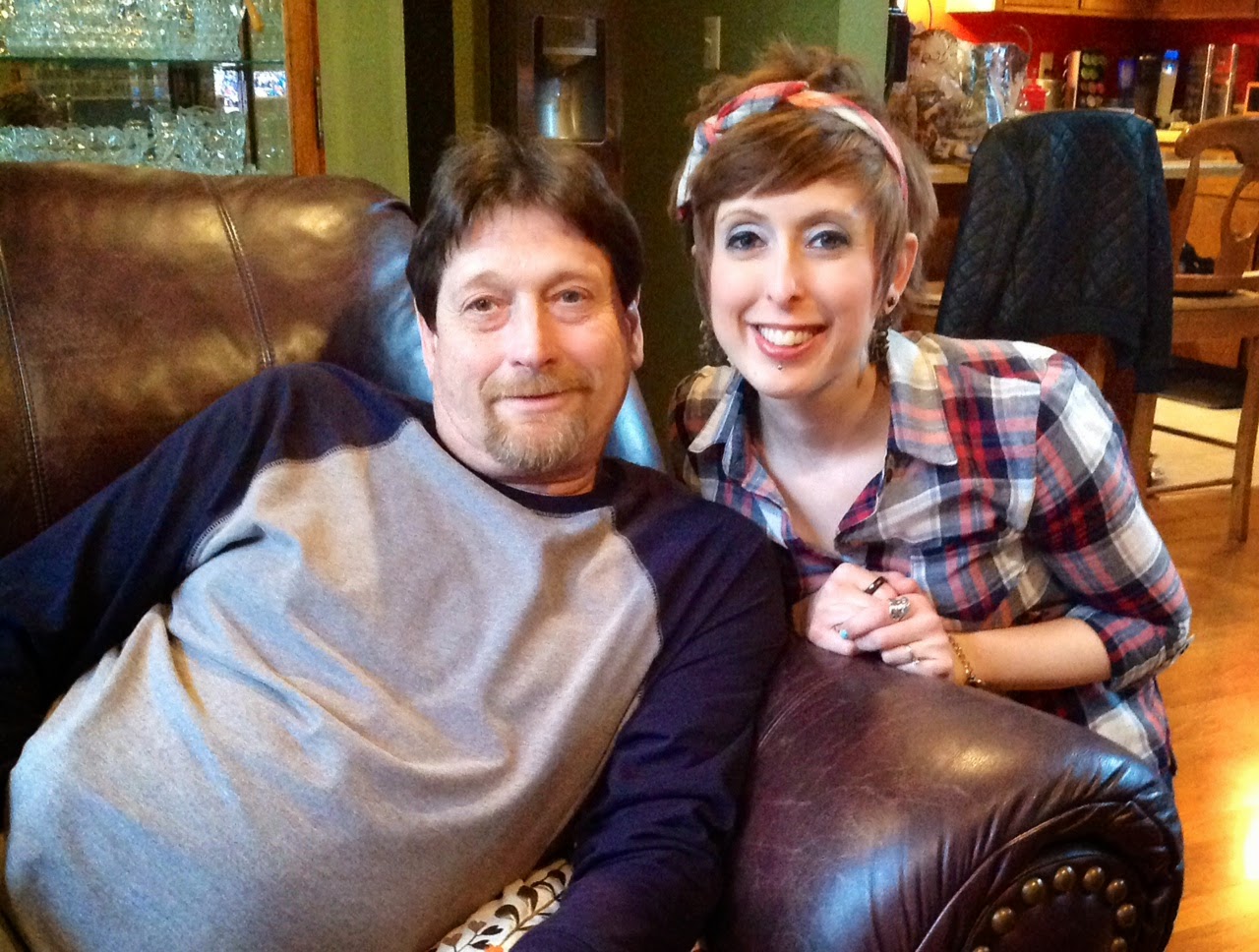 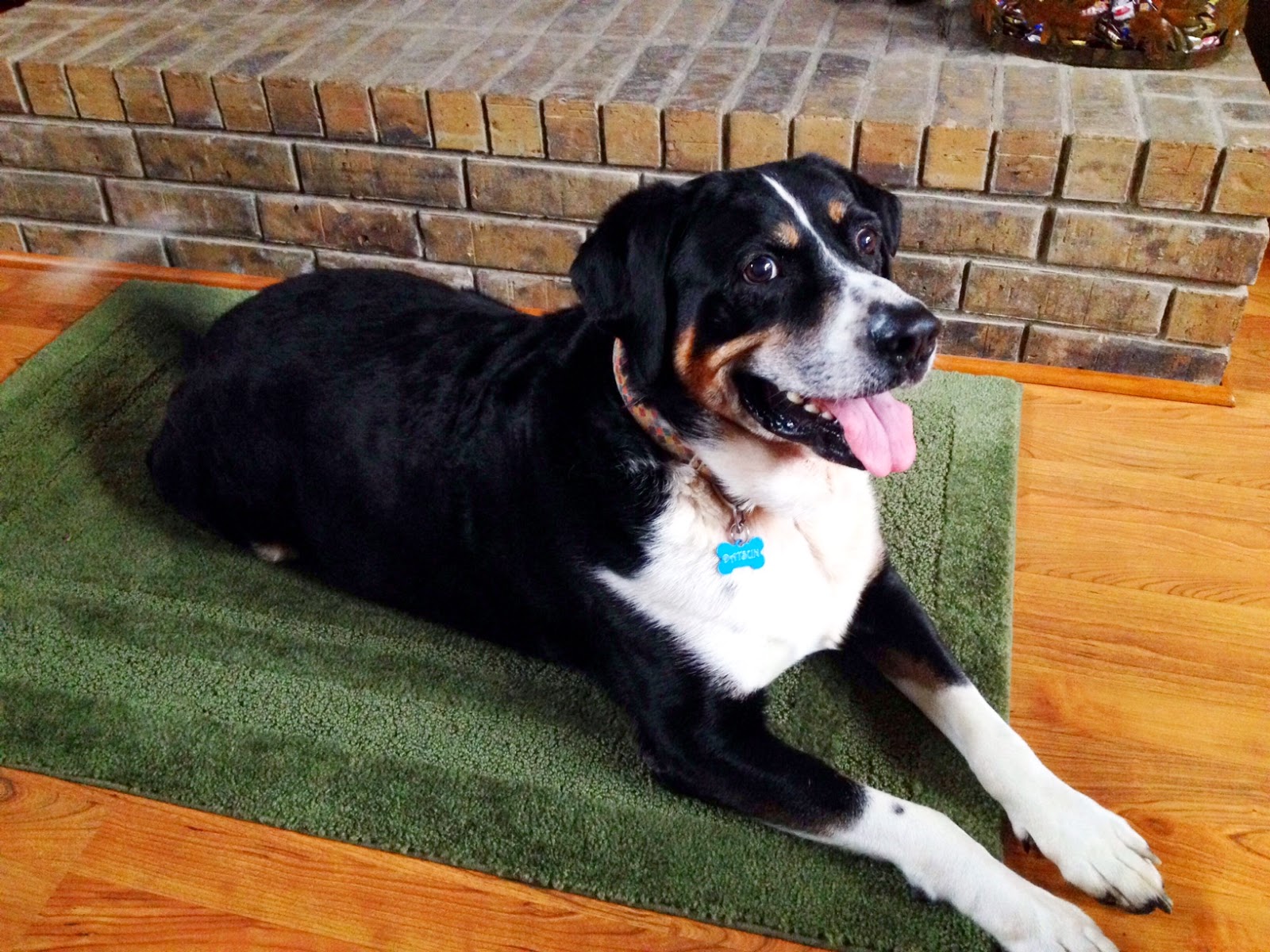 Ever since we discovered French Fry Po'Boys at the Verti Mart Deli in New Orleans in 2009, Daddy has requested that Mama make them for his birthday every year. It's the only time of the year when eat these delicious fried carb sandwiches, so I don't feel bad splurging. This year, I loaded mine with steak fries, Daiya Jalapeno-Garlic Havarti, lettuce, onion, tomato, pickle, my mom's homemade vegan remoulade, and guacamole. 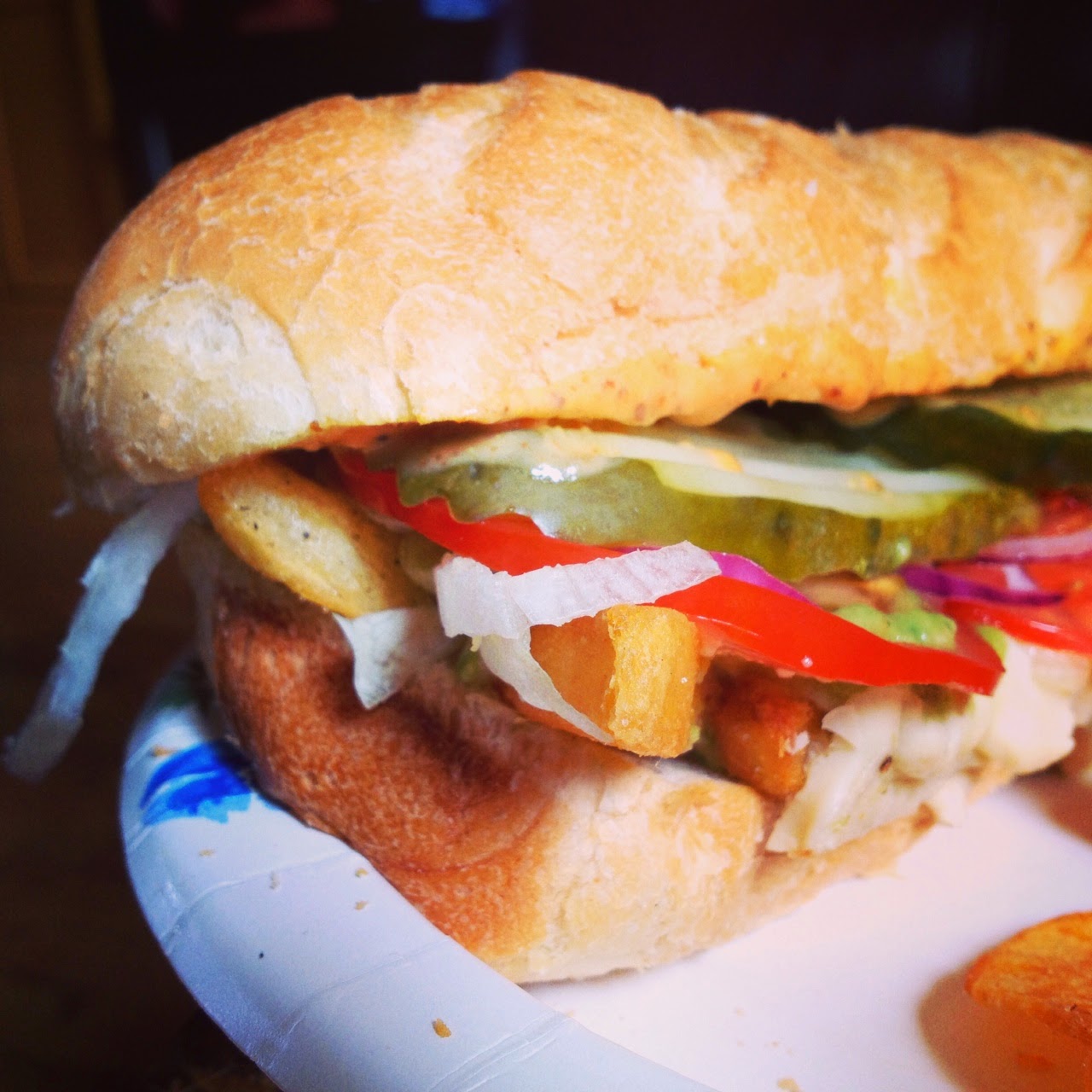 Yea, I know it's weird to put guac on a Cajun sandwich. But I do what I want.

I also had more Guacamole and Tortilla Chips on the side. 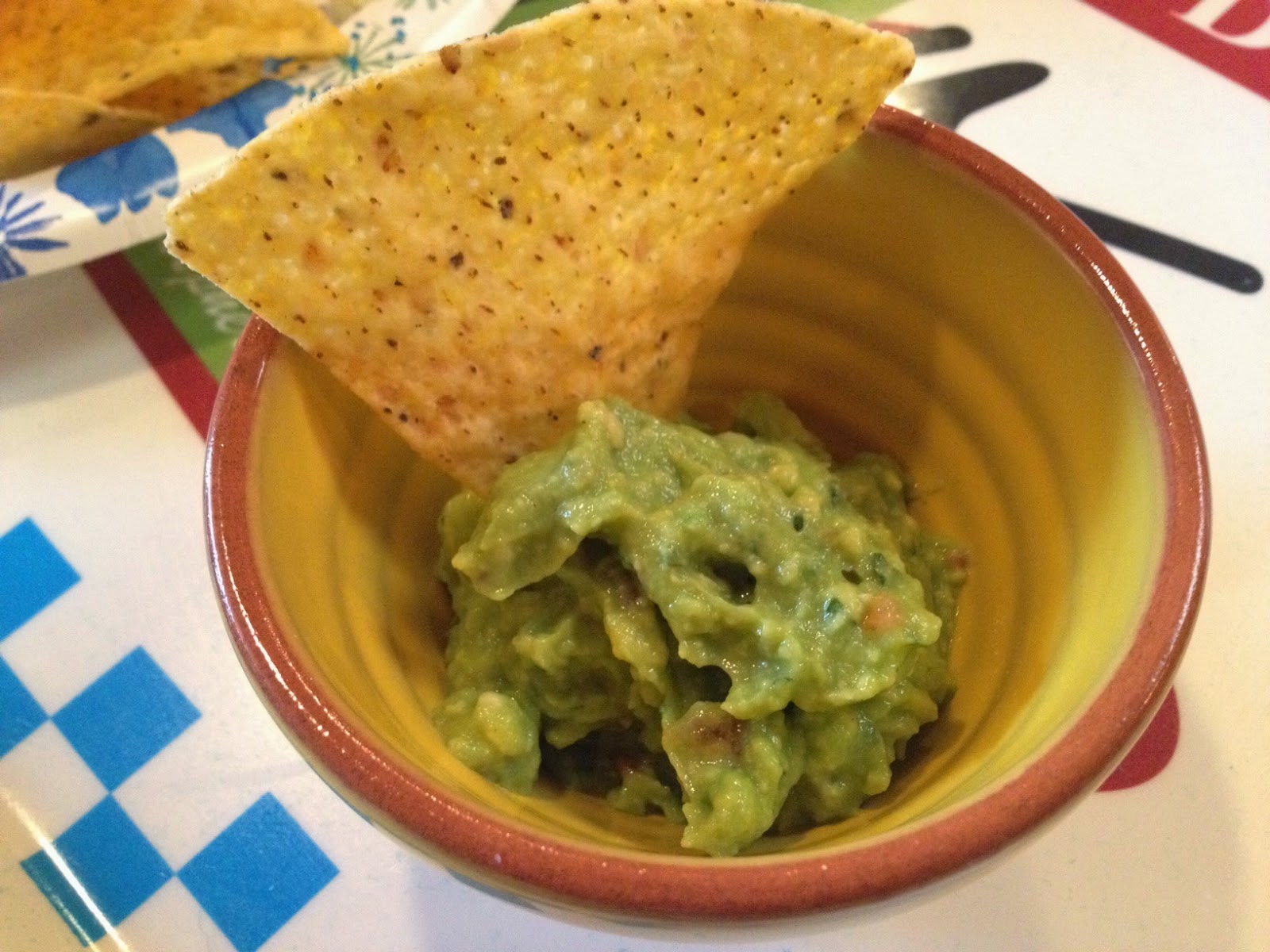 And if that wasn't enough, I had some Zapp's Voodoo Chips too. These are made in New Orleans, and they're pretty much the best chips ever. I can't even explain the flavor because it's basically a mix of everything. Legend has it that a Zapp's employee knocked some spices off a shelf and they mixed together, and someone stuck their finger in the mixture and tasted it. It was supposedly so delicious that they made chips with all kinds of crazy spices mixed up. 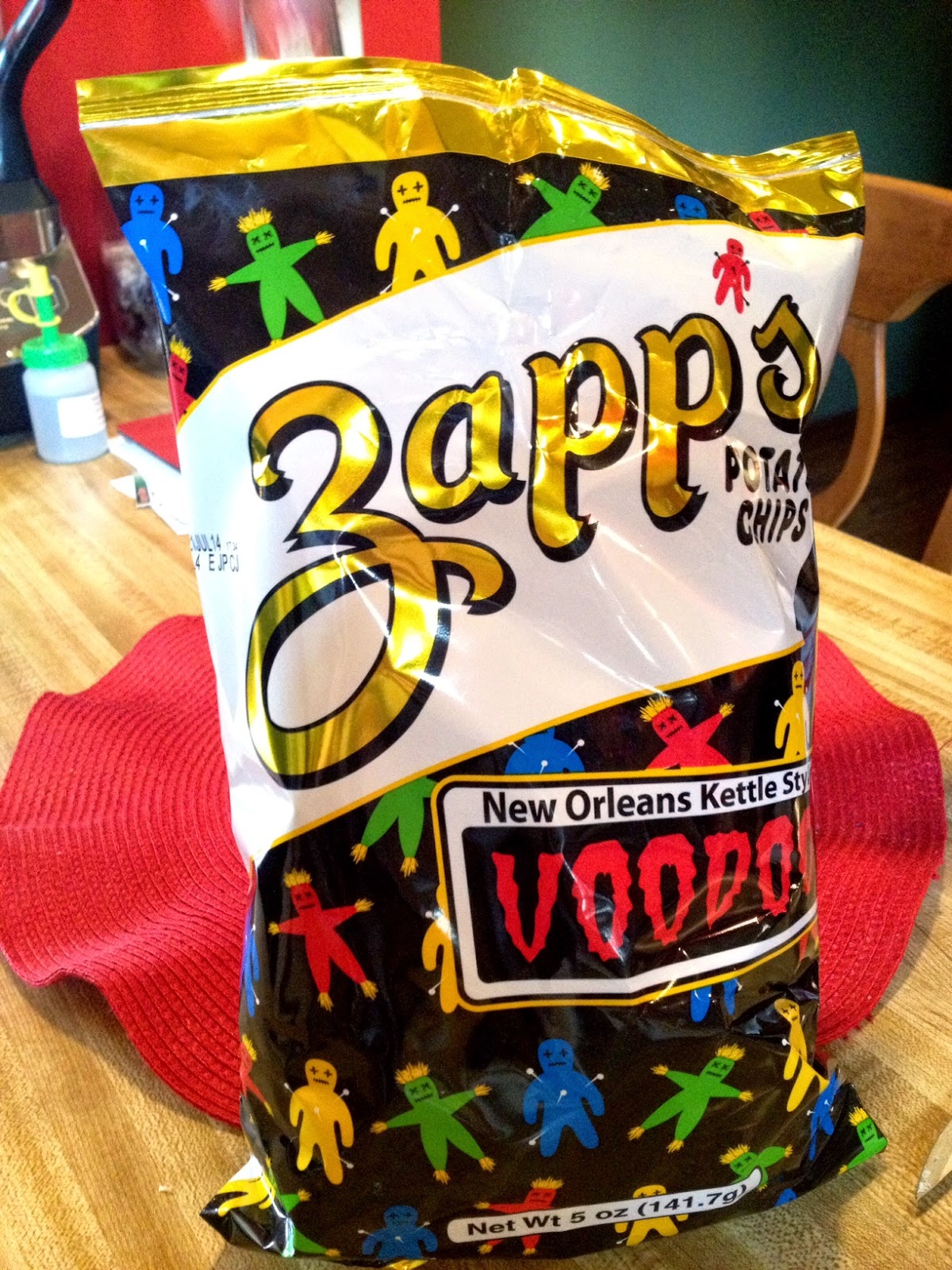 My dad is having a surgery done on Monday, so my mom asked me not to make his usual birthday cupcakes because he won't be able to eat for a few days. And that would mean that she'd be stuck eating all the leftovers by herself. So instead of cake, we had my daddy's famous Mango Daiquiris. 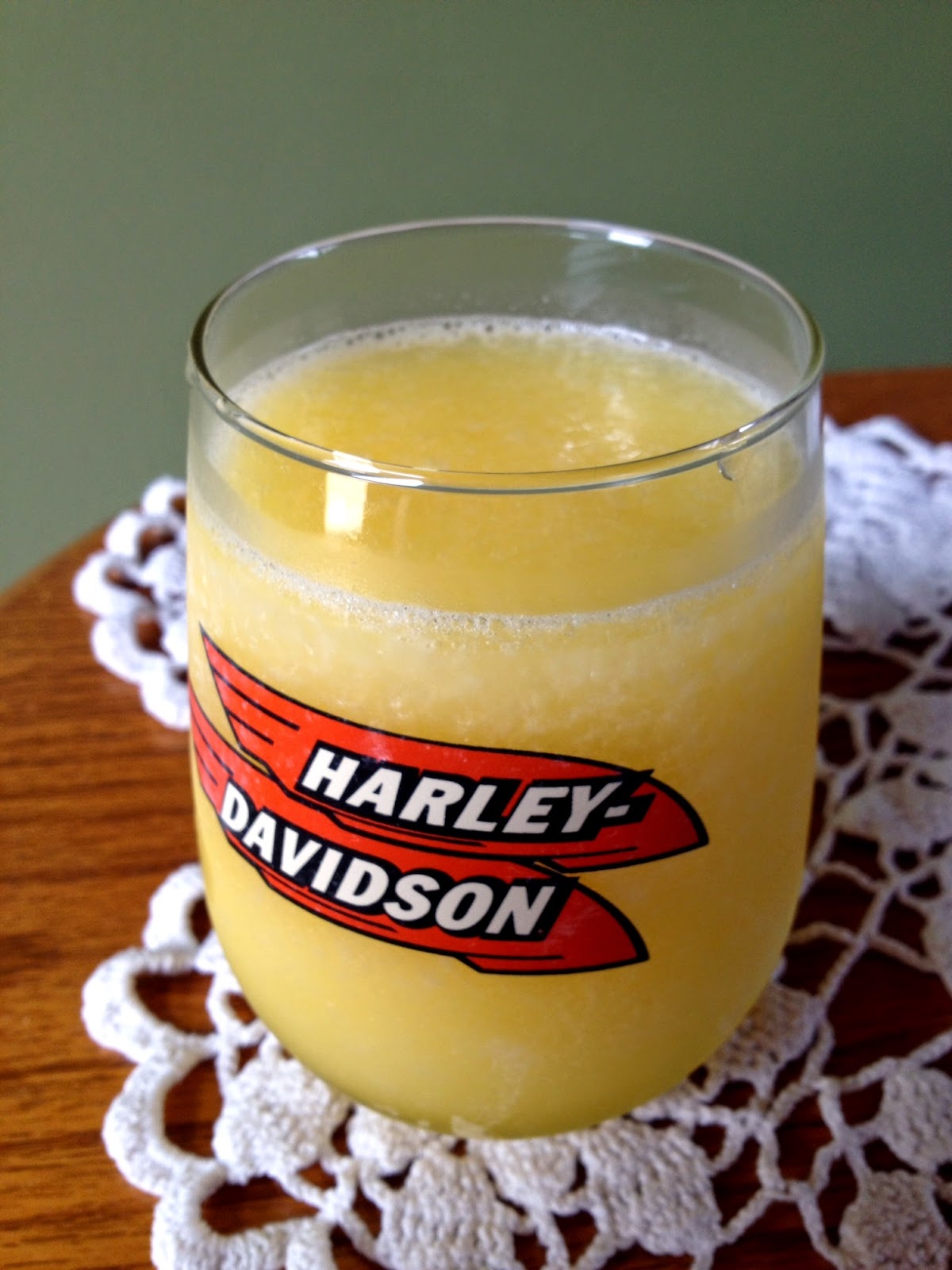 These are also N'awlins-inspired. On that same 2009 trip that we discovered French Fry Po'Boys, we also discovered the awesome frozen mango daiquiris served all up and down Bourbon Street. Daddy has been experimenting with making them at home in the Ninja, and we think his are even better than those we had in New Orleans.

Since he didn't have a cake to blow candles out from, Daddy made a wish over a daiquiri instead. 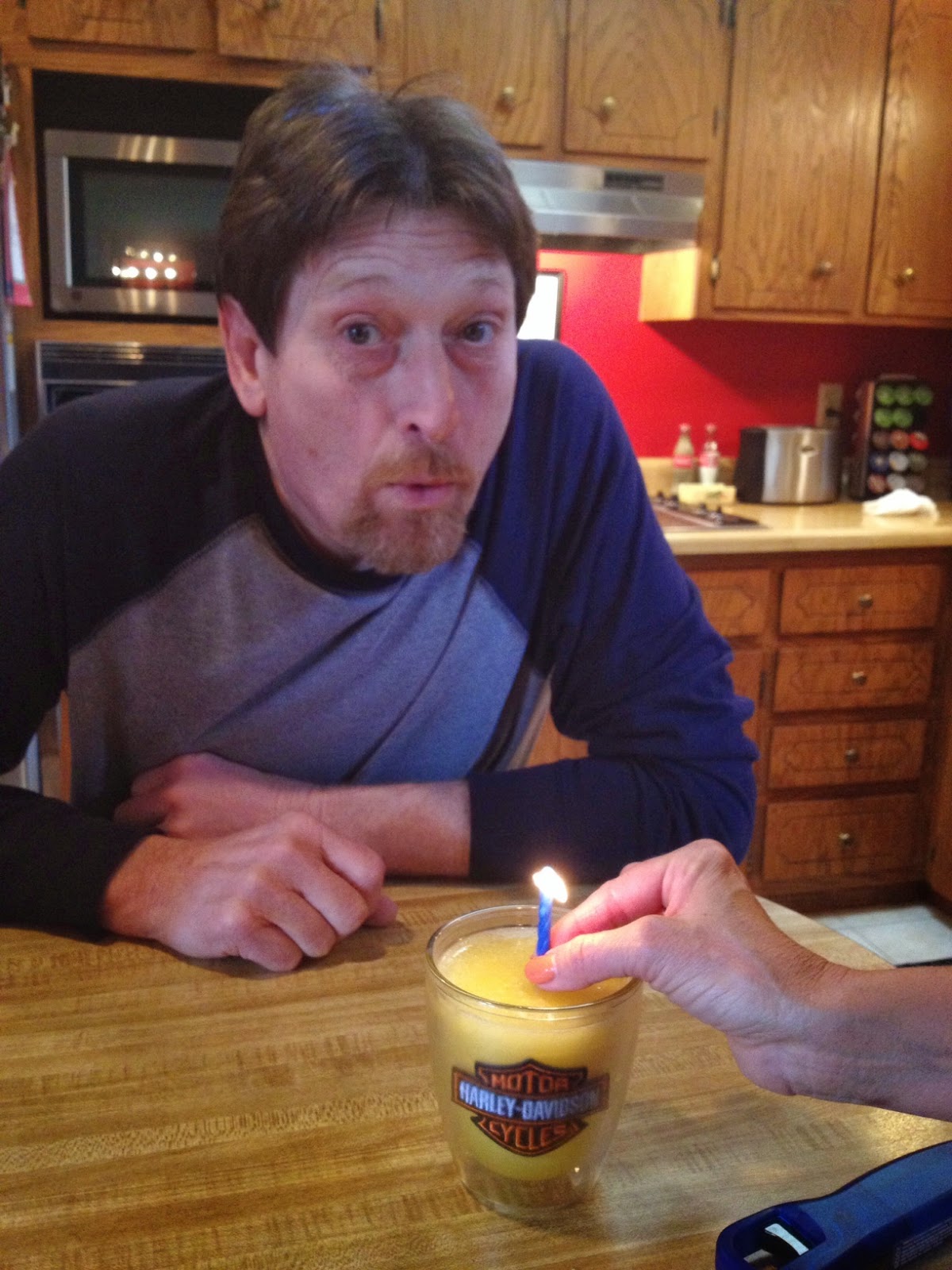 Kayla @ Will Run For Avocado said...

Guacamole goes on everything. Period. :) That sandwich looks delicious!

That all looks great and papacrunk don't look 60!

Hope the surgery goes well for your dad! Happy Birthday to him! I wouldn't mind having to eat a bunch of leftover cupcakes, but yr mom is obviously more sensible than I am.

Happy Birthday to Papa Crunk! I hope that his surgery goes well. It seems like he had a great birthday celebration with lots of fun family time along with tasty food and drinks. And there is always room for avocado!

what a sweet post. Big happy birthdays to Papa Crunk - and I hope that his surgery and recovery go well. I sure do know what it feels like to have a special dad who's not well. Hugs to all of you!

Awww, happy birthday to your Daddy!!! Yay! I hope everything goes well with his surgery!

Happy birthday to your dad, I hope the surgery goes well.

Guacamole belongs on everything, no explanation required. ;)

Happy belated birthday, Papa Crunk! He is such a young-looking 60! I hope your generous papa's surgery went well and he's on the mend.