Down South, people save their bacon grease. And they cook with it over and over and over. I even know a few vegans down here who use their leftover vegetable grease to flavor food. But I haven't saved grease in my life, since I've never cooked bacon (I went vegetarian at age 14). Instead, I've always used a combination of liquid smoke and olive oil to add bacon-y flavor.

And then I discovered this. 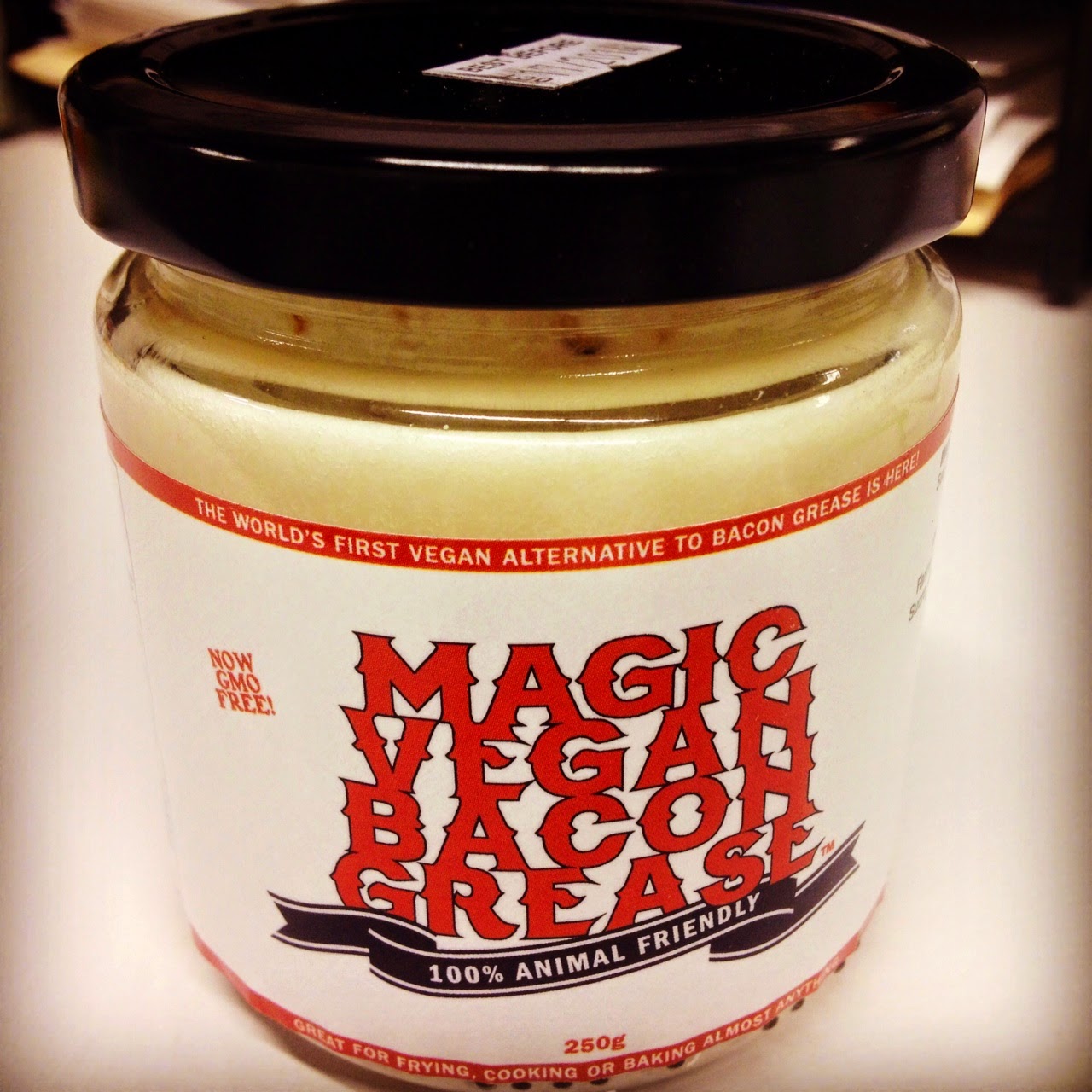 That's right. And it's pretty healthy! It's made from coconut oil, soy protein, spices, and hickory and maple flavors. I was sent a sample to review, and the day it arrived might have been the best day of my life. I'm not ashamed to say that I ate some with a spoon right away. It's quite amazing that way actually. There are little bacony bits tucked inside the solidified coconut oil, and they're delicious.

But then I mixed with Magic Vegan Bacon Grease with a little flour, soymilk, and pepper for a delicious vegan gravy to pour atop this Match Stuffed Mushroom Burger. Perfection! Just like the bacon grease gravy old Southern ladies have been making since the beginning of time. 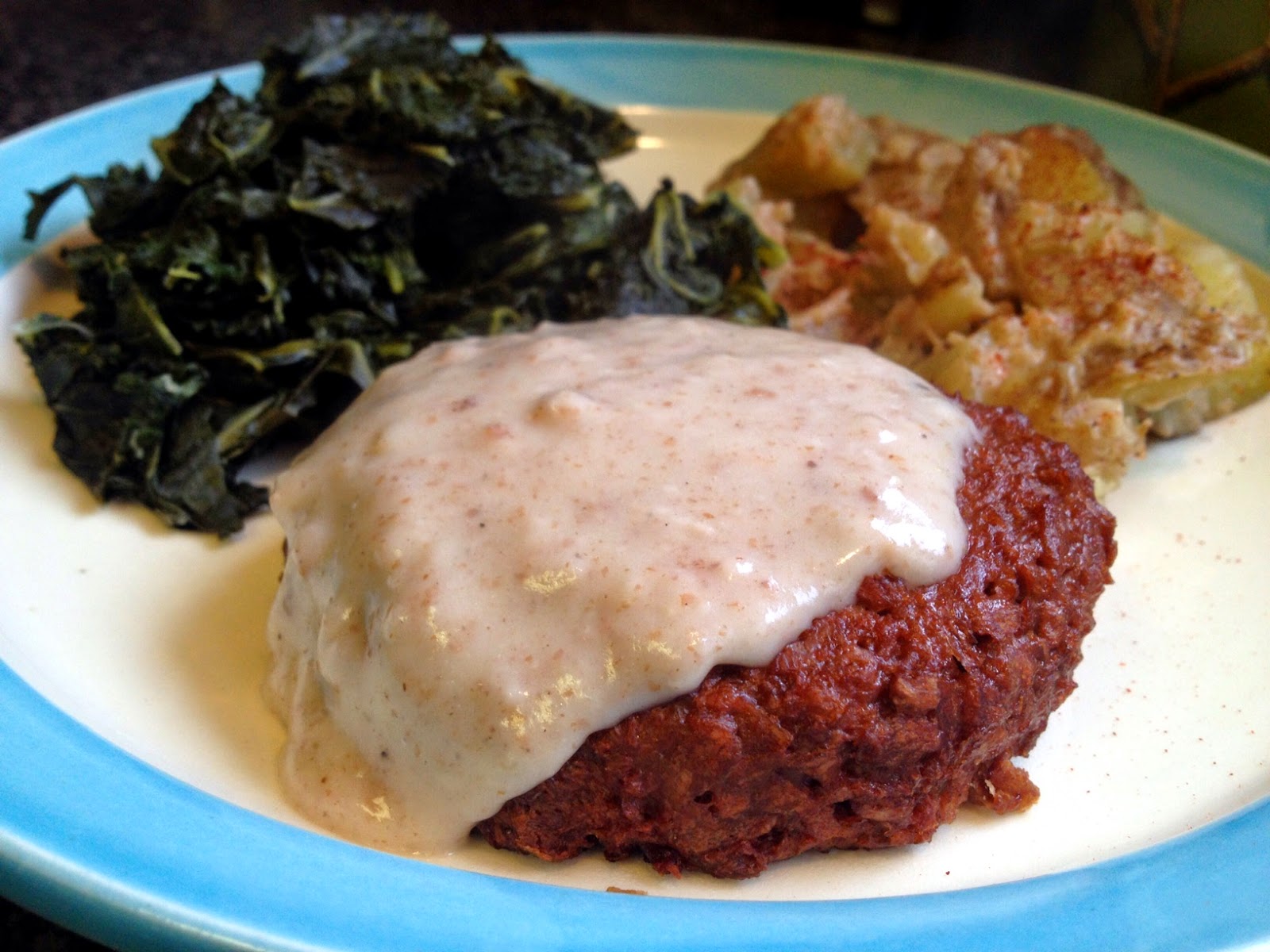 Next, I melted some Magic Vegan Bacon Grease in a skillet and added raw, torn kale leaves. I sauteed until wilted and then added a splash of soy sauce and garlic powder. Best kale ever! Until this jar runs out (and I have to order more), I will always cook kale this way. 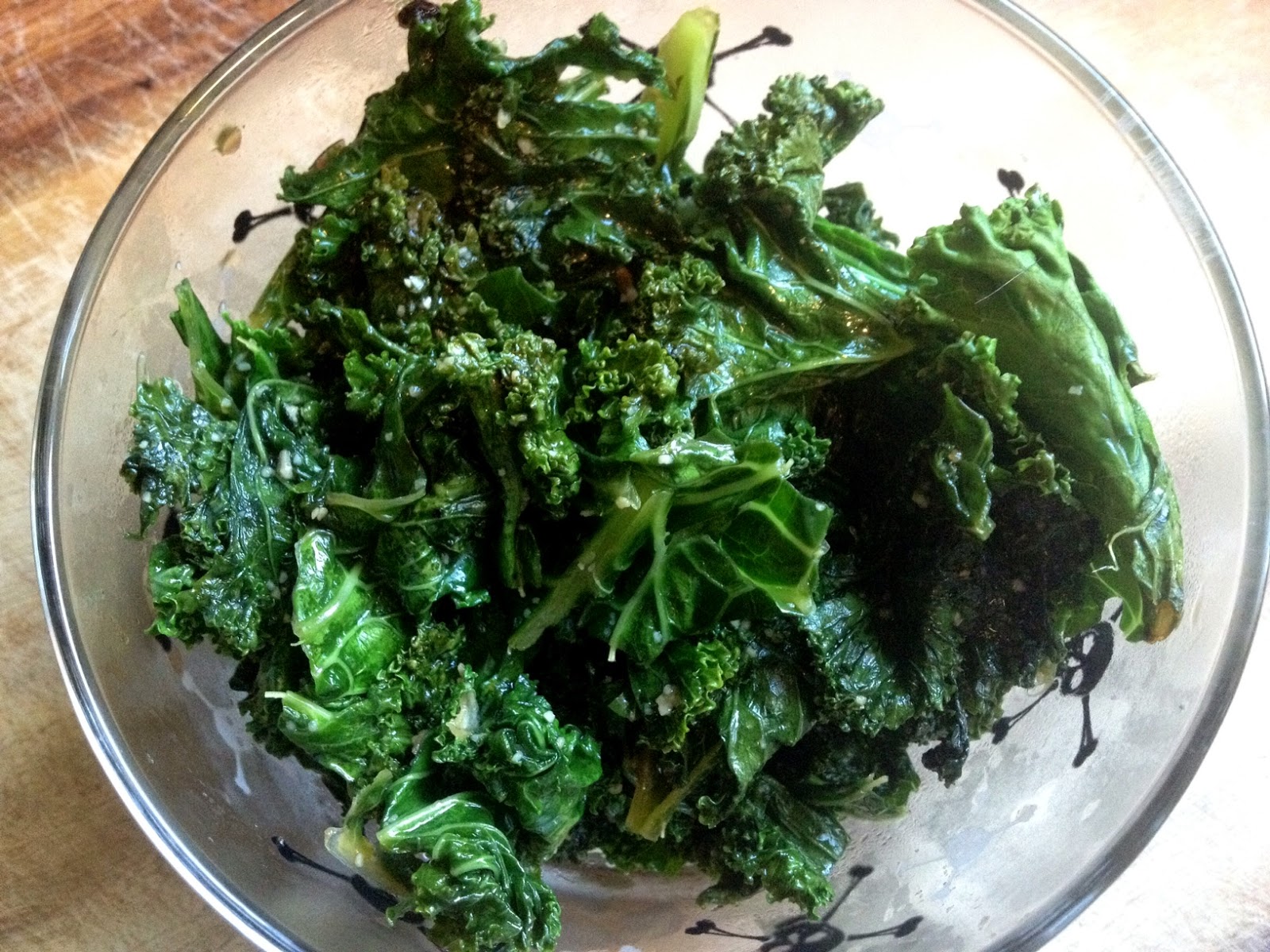 I'm pretty sure Magic Vegan Bacon Grease is new pantry staple. I love most all products I review, but it's rare that I come across one that I cannot live without. This is one of those. It will stay stocked at all times.

There's a short list of stores that carry Magic Vegan Bacon Grease on their website. And you can also order it online when it's in stock (as of this posting, they are out, but check back often).
Posted by Bianca at 10:16 PM

Oh, my gosh! I want this. I can only imagine how good it would be with collard greens.

that is maybe the most amazing thing i've seen in my life. i need it!!!

I can't wait for my next trip to Toronto to pick some of this up. Thanks for sharing!

I had no idea this existed! What an absolutely fabulous idea!

I've heard of this but had never actually seen it! VERY excited to try to this out!

I almost can't even believe this exists... but I'm glad it does ;)

Where did you get this? If you live in the South, don't hold out!

Where did you find this? Their online store isn't open.

Um WHAT. I can't believe I want some, but I do! Your gravy looks legit, and while I know that's your skill I just feel like it probably tastes even more amazing with the grease.

This brings back so many memories of my granny's old Folger's can that she kept by the stove, filling it with bacon grease, and dipping out a solidified spoonful every time she cooked up some greens or needed to grease a pan. I need to get a jar of this and make some good old southern cornbread in my cast iron pan with it.

woooow! haha, i bet you could fry up some slabs of tofu in that and be in heaven

OMG! I'm having visions of my grandmother's German Potato Salad. I have to find some of this!

That definitely sounds like something I need to try!

This just came back into stock on vegan essentials! I picked some up :)

I realise this was a while ago but can you please tell me what the other thing on the plate is? There's the burger with gravy, the kale and then a yellowish substance that looks delicious! Thanks!
PS - just ordered some MVBG :~]

Hey Dani, that would be vegan creamed potatoes lurking back there! Thanks for asking. That was a recipe I was testing for my next cookbook project.

Use it as your oil for refried beans!!!! Absolutely amazing. And you don't need to be vegan to love it. My husband, Mexican born and brought up with lard with your refried beans, even said they were the best made with this Magic!!