All Hail the Great Vaughan!

On Saturday, a group of mostly vegans and vegetarians got together to honor our dear friend Vaughan, a diehard animal rights activist/comedian/patron of the arts/scientist/culture guru. That description really doesn't even do Vaughan justice, but he's so awesome that he's a little hard to describe. Everyone loves Vaughan so much that we thought he deserved a surprise Halloween-themed roast. We tricked him to the party and made him wear a viking crown: 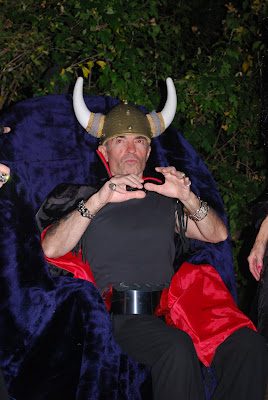 If it weren't for Vaughan, we wouldn't have a local vegetarian society, Food Awareness. I (and many of my friends) wouldn't have seen nearly as many live theater productions, movies, and comedy shows. He's paid my way into things I couldn't afford more times than I can count. Vaughan is also the dude responsible for throwing me the best 30th birthday party a girl could ask for last weekend.

We all gathered around Vaughan's makeshift throne and went around the circle, offering words of thanks, praise, and a few fun jabs (it was a roast, after all). But before all of that, we pigged out since the party was also a vegan potluck.

I brought a Hash Brown Casserole, a veganized family favorite that's going in my cookbook: 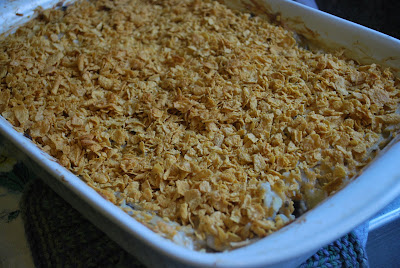 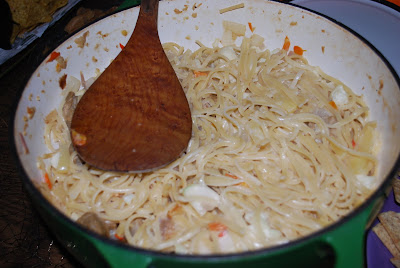 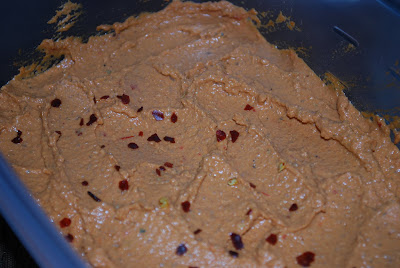 Grace, the party host, shaped a skull out of her yummy Raw Almond Pate. I had to take a picture without a flash so the skull would show through: 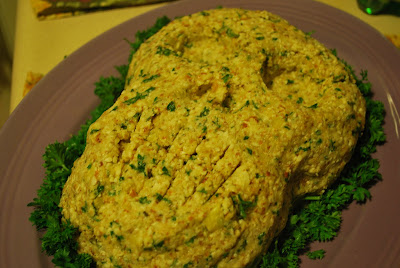 I don't remember who brought this homemade Black Bean Salsa, but it was a delicious topping for tortilla chips: 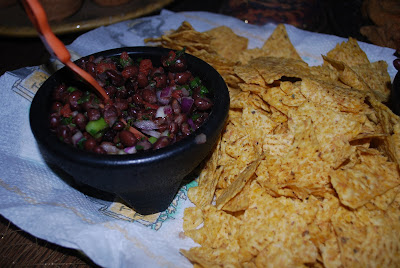 For dessert, I made a batch of my Tar Tarts (converted from Granny's Tar Heel Pie): 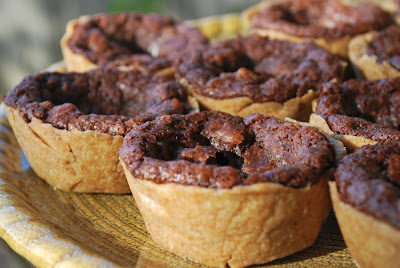 This was a cookbook experiment, but they're not quite right yet. Tasty, but they sank in the center. I think I may have overfilled my tarts, and next time I'm using white flour instead of whole wheat pastry flour. Pastry flour always sinks my cakes, and now it's sinking my tarts too. 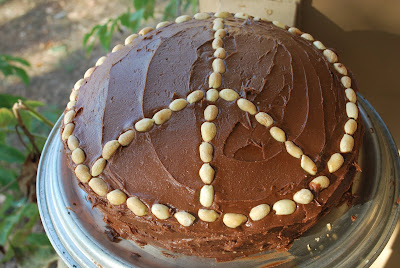 Several bloggers have made this cake, and every time I see a post about it, I always drool all over myself. There is nothing more heavenly than peanut butter and chocolate, and I knew this cake would be fantastic. I was right! So, so good. The frosting tastes exactly like Dark Chocolate Dreams peanut butter, and I probably ate a good 1/4 cup of it out of the mixing bowl with a spoon before ever icing the cake. Oops.

Here's an inside shot. God, I wish I had some of this cake left: 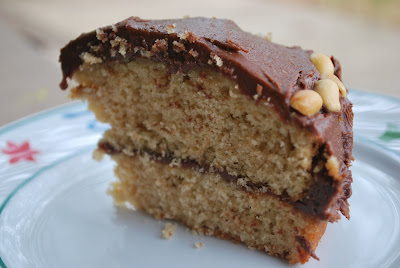 In fact, this Peanut Butter Cup cake can be yours if you enter the Farm Book Publishing Company's "Luscious Dessert" cookbook giveaway. They'll be giving out one of their vegan dessert cookbooks at the end of the month (which is really soon!), and Sweet Utopia is on the list. Click the "Luscious Vegan" dessert button on the right sidebar of this page or click on the link above to enter.

After dinner, we moved outside for the roast. Here's a fun group shot (it was a costume party by the way ... I was some kind of late 90s goth girl): 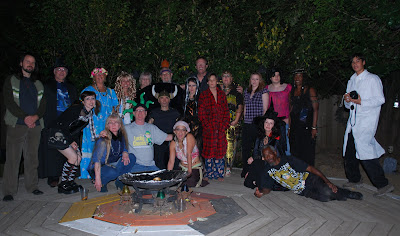 That cake looks *ridiculously* cool! You have an awesome group of friends, you guys do such cool things!

You all do it big down there. I need to make it to one of these types of parties :)

Great skull shape on the pate! I need to get some potlucking friends. Looks like a great time for everyone!

everyone looks great and the food looked fabulous.

What great friends you all are! It sounds like a fun (and delicious!) time was had by all.

hey homeslice,
as always, the eats look awesome. i feel like such a huge turd burglar for forgetting your special day. happy belated birthday, vegan compadre! you are awesome and an inspiration. i bragged up your root veggie seitan pot pie in my most recent post.
i don't know how you're doing, but i know i've loved my thirties. every year just gets better and better. 40 isn't too far off and hitting that mile marker is going to kick even more serious ass.