I had a fun Halloween/Samhain weekend! I started my celebration on Friday night with my annual Feast of the Dead, when I enjoy a meal surrounded my photos and mementos from friends, family, and pets who have passed. Pot roast is a traditional Samhain meal, so I made a Seitan Pot Roast using Julie Hasson's recipe from Vegan Diner. But I added sliced apples to the veggies mix (which also had red potatoes, celery, onion, and carrots) and some apple butter and cloves for a super fall flavor. On the side, I had some slow-simmered local turnip greens. 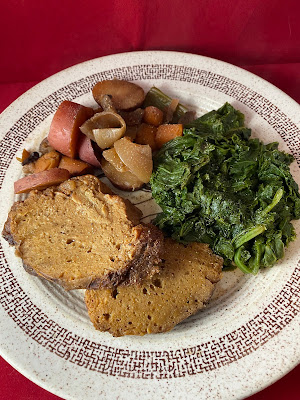 On Saturday morning, I went for a nice run and attended a yoga class downtown and then came back home to carve my pumpkin. I'm never great at this, but I think this year's pumpkin was my best yet! 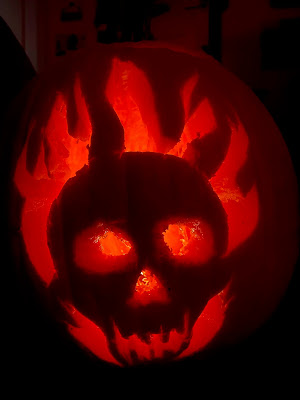 Later that night, my friend Greg arrived in Memphis! He lives in Kentucky, but he came down to spend a few days at my house for the holiday. We had plans to go to a drag show at the Hitone for Halloween (and later to a Halloween party at the Pumping Station). I dressed as Moira Rose from Schitt's Creek this year. There's an episode where she wears a trash bag dress, so I attempted to make one myself. It turned out okay, I think! 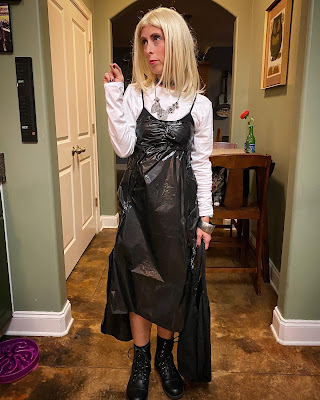 And Greg also went as Moira! He opted for Moira from The Crowening! 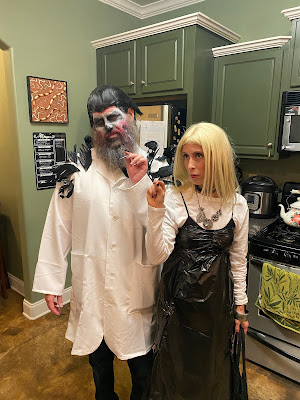 Paul was Deadpool (AGAIN! Ha! He wears this costume every year). Here we are the drag show! 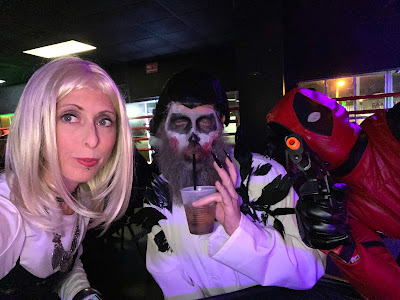 On Halloween night (Sunday), Greg and I went to the HauntedWeb of Horrors haunted house, and it was fantastic. Best haunted house I've been to yet! It was super-long, and there were lots of spooky things to get the heart racing! 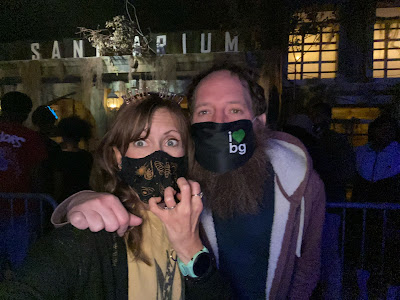 Oh my goodness! Great eats, pumpkin and costumes. You guys knocked it out of the park!

Looks like a FUN time...and a great plate of vegan eats, too!

You guys are hilarious! I love your costume. Your jack o'lantern looks great- way better than I can do, and I've carved many pumpkins over the years.


Thank you very much, you wrote a very good post, you have written this post through your thoughts and this post is really beautiful, such a post has seen very little till date and I am thankful that you have posted this very well Written.Gurugram Girls Hostel