Pancho's, a chain of Memphis Mexican restaurants, is a local institution, and they're closing for good in about a week. My friend Andy and I had to make one last stop at the iconic West Memphis Pancho's (which is actually in West Memphis, Arkansas — just over the bridge). 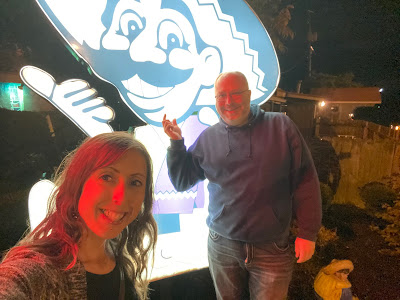 When I was a kid, growing up in Jonesboro, Arkansas, trips to Memphis for Pancho's were a big deal. My parents used to go on dates to Pancho's when they were young, and they continued the tradition with me after I was born. Pancho's is best-known for their cheese dip, which is served with free chips and salsa before every meal. Here's my chips and salsa (without the cheese dip) from last week's visit. They have excellent salsa! 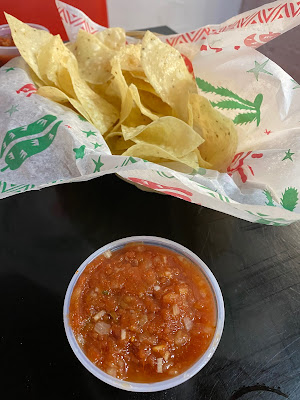 After I went vegan, I still met my parents at Pancho's for dinner a few times a year. They'd drive over from Jonesboro, and I'd make the 15-minute drive from my house in Memphis to Arkansas. My mom figured out how to make a vegan version of Pancho's famous dip, so she started sneaking in vegan cheese dip in her purse so I could enjoy "Pancho's dip" at the restaurant. 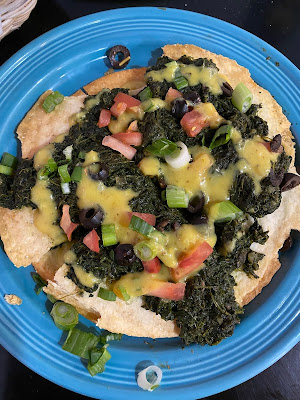 I even discovered a vegan menu item around that time! Pancho's had a Spinach Mexican Pizza on the menu that can be ordered without cheese, so it's just a fried tostada with steamed spinach, olives, and scallions. I usually topped that with guac and Pancho's dressing (a mustard-y sweet dressing that is just about as awesome as the cheese dip! But it's vegan!).

Last week, when Andy and I made our last Pancho's trip, I ordered one last Mexican pizza. They were out of guac that night because they've been slammed since the closure was announced. Everyone is sad about losing our beloved Pancho's. Luckily, they did have plenty of Pancho's dressing, so I drizzled that all over my pizza, and it was perfection. 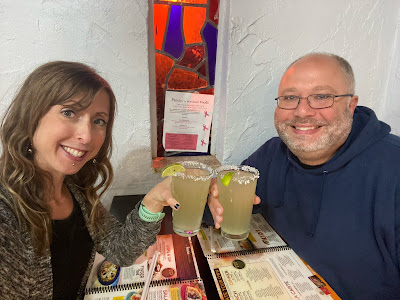 Thankfully, they weren't out of margaritas! We had to have one last drink!

For those locals who still eat cheese, never fear. Pancho's is closing to focus on the dip business, and I've heard the dressing will still be sold in stores too. I'll have to make sure I stock up on the dressing to always have a little Pancho's in my house. 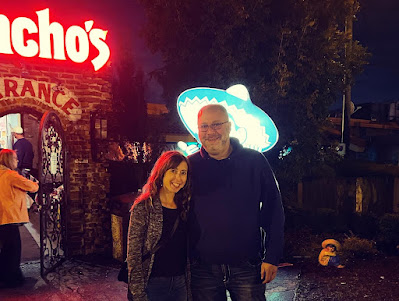 It’s always sad when a beloved place closes down. Good thing you can still get the sauces 😍

I'm glad you got to have one last dinner there. It's so sad when beloved places close.

Seems like they had a location on Hwy 51 in Memphis (not the one in Whitehaven). During my senior year, 1969, our Kingsbury HS Spanish class went there for supper. Our Spanish teacher required us to speak only Spanish that evening...I didn't have much to say.