Now that I'm back in the office at Crosstown Concourse, it's officially hot bar summer! Curb Market's hot bar always has a few vegan options, and it makes an easy and quick lunch on the days that I'm too busy to leave the building. Yesterday, I got the Veggie Pasta, Buffalo Cauliflower, and Teriyaki Brussels. I can never manage to spend less than $13 on hot bar food though! Those pounds add up! 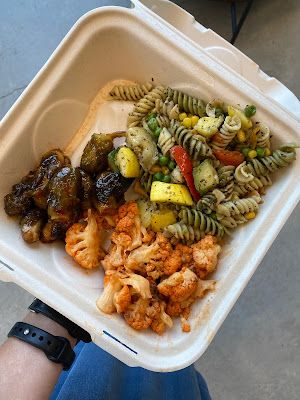 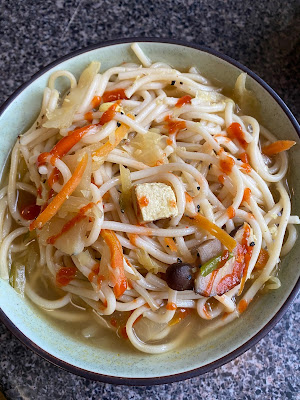 Paul has been having some health issues lately. He's got perforated diverticulitis, which is caused by a low-fiber, high-fat diet. He's always eaten terribly, despite living with a vegan partner who loves to cook. But at the moment, he seems interested in doing better, so he's eaten what I've cooked for the past two nights! Yay! On Tuesday night, that was Teriyaki Chicken Stir-fry with local green beans and Gardein teriyaki chicken. Paul even ate his brown rice! 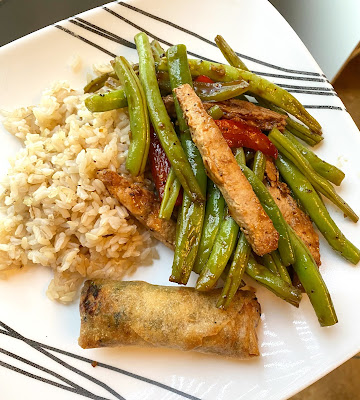 And last night, that was Lady Peas with Cornbread. Paul had never had lady peas before, and he didn't think he'd like them. But he loves black-eyed peas, so I made him try these. And this was a winner too! 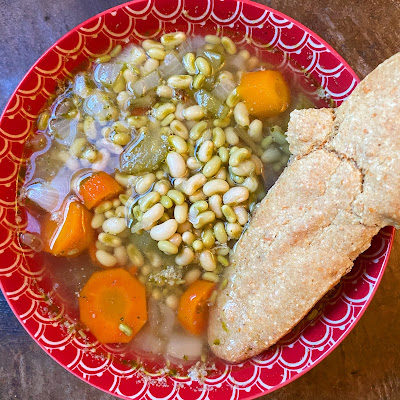 Poor Paul, I hope he starts feeling better soon. Lucky for him he has the best partner to help him through it!

Sorry to hear about Paul’s health issues. Hopefully with good diet (and you) he can turn things around.

So sorry about Paul's health problems but I am sure your healthy food will help him. You are an amazing cook! I love your cookbook it has so many delicious recipes, so I am sure that Paul will come around.

This fancy grocery here in SLC has a hot bar, and I always want to try things but you're right, it's impossible to keep the cost down. So I avoid it at all costs. The Brussels looks so good, and I always love takeout pasta salad!
If anyone can help Paul love higher fiber foods it's you!! Good luck Paul!!