My best friend Sheridan and her partner Drew are both teachers, and they're off for the summer. So I decided to take last Friday off and drive down to Little Rock to hang out! They had recently posted about digging for crystals at Ron Coleman Mining in Jesseville, Arkansas (about an hour from Little Rock), and I wanted to check that out!
I drove down Friday afternoon and arrived in time for some pre-dinner beers in their wading pool. Then we headed downtown to Ester's Pub. Ester's is a mostly vegan restaurant that makes their own vegan meats. They also serve meat from animals, but the focus is on vegan food so the main menu is all vegan! I'd been there once before after the LR Marathon in 2020 (pre-pandemic), so I was excited to eat there again! 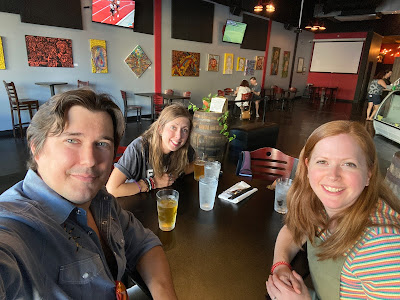 I got the Land Yacht Burrito, which is a Frito chili pie burrito with quinoa-bean chili, vegan dill sauce, and vegan cheddar. 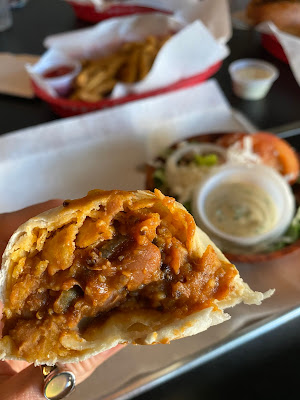 Very substantial! I also got a Side Salad with Dill Sauce. Best side salad ever! I feel like vegan side salads are typically an afterthought and are mostly greens, and they often have icky bitter greens like arugula. But this was straight-up romaine (no weird mixed greens!) with vegan cheese, tomato, mushrooms, and onion. Perfect! 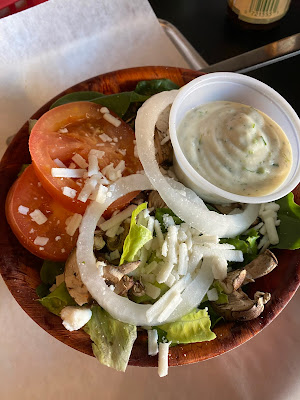 We also got a Basket of Fries to share. Ester's has the best fries! They're breaded with some kind of seasoned coating, so they're extra crispy. 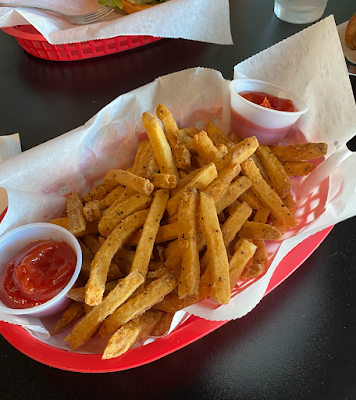 When we got back to Sheridan and Drew's house, Sheridan cut up some Vegan Rice Krispie Treats that she made us for dessert. These were awesome! I loved the sprinkles! 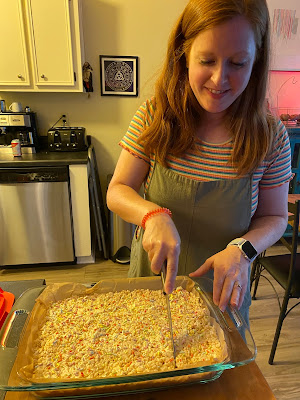 On Saturday morning, I got up super early (5 am!) and ran 12 miles before we started our day. And then our friend Brittany came over and we packed up the car for the hour road trip. Our first stop was Lake Ouachita State Park for a picnic. Sheridan and I have been best friends since 8th grade, and Brittany and I go back to 2nd grade! 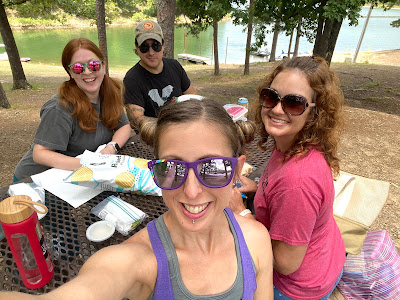 Sheridan packed us Vegan Ham & Cheese Sandwiches on kalamata olive bread, Kite Hill Vegan Onion Dip with Chips, pickles, and fresh watermelon. It's so awesome having a best friend for life who also happens to be vegan! 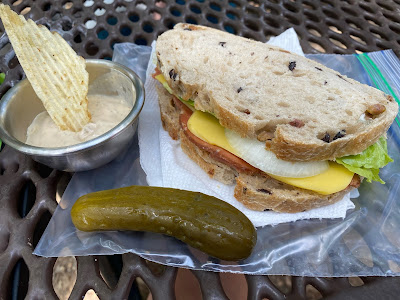 After lunch, we headed to Ron Coleman Mining in Jesseville. This is an active quartz mine, and they allow the public to pay $25 a person to come and dig for their own crystals. You can take home as you can haul out! 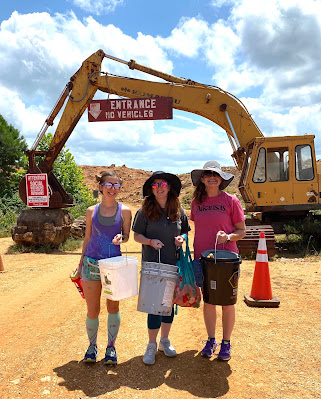 I left with a very heavy bucket full of quartz! It all needs a good cleaning since it's packed into red dirt, but you can get some pretty amazing pieces. I even found two nice crystal points! 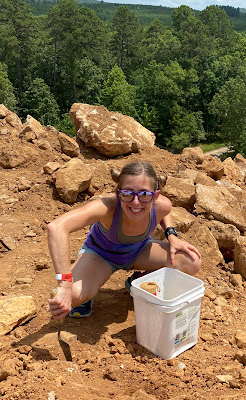 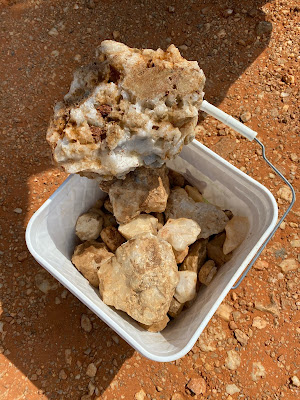 After our dig, we headed back to Little Rock. And then I hit up the Whole Foods across from Sheridan's house for car snacks for my drive back to Memphis (about two hours). I was craving veggies, but I needed something that I could easily eat while driving. So I put together this weird mix of finger-friendly veggies and tofu from the Whole Foods salad bar! 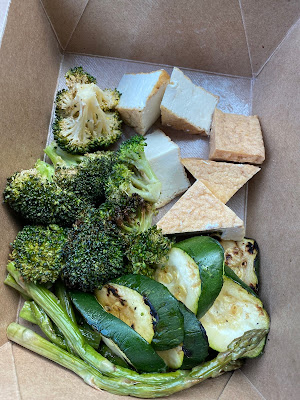 What a fun trip! I love the idea of mining your own crystals. The food looks delicious, as always!

What a fun outing and good times with friends! Can’t wait to see what you do with your crystals.