I've been steadily cooking my way through The Plant-Based Athlete by Matt Frazier and Robert Cheeke! I posted a full review of this new guide for vegan athletes here. And after reading the whole book (in record time for me, I might add! I couldn't put it down!), I'm now on a mission to make everything from the book.

Here's a recent breakfast from the book — Rip's Big Bowl. This is the original recipe from Rip Esselstyn that inspired his Engine 2 Rip's Big Bowl boxed cereal. To make it at home, you just need oats, some Grape Nut-esque cereal (I used Ezekiel almond cereal), unsweetened shredded wheat, and some other fun add-ins. You can add any fruit you want, but Rip recommends grapefruit, kiwi, and banana. I thought grapefruit sounded like a weird addition to cereal, but I tried it, and it was really great! This meal is surprisingly VERY filling. 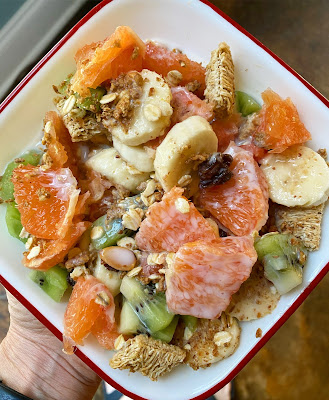 Co-author and vegan bodybuilding legend Robert Cheeke's recipes are among the simplest ones in the recipe section, so I gravitated toward those first! I love simple. Matt Frazier had mentioned on several podcasts that Robert's Curried Chickpeas was his favorite recipe from the book, so I tried that! And I agree! So far, it's my fave too. You can't go wrong with Indian-spiced potatoes with chickpeas, tomatoes, and spinach. I added hing for that special flavor too! 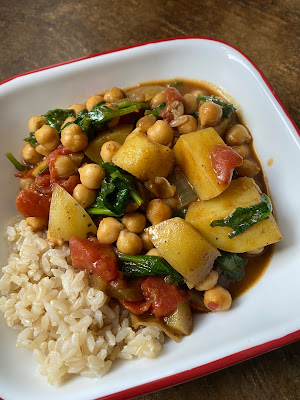 I made Robert's Summer Pasta Salad last weekend. Robert says this is his favorite recipe from the book, so of course I wanted to try that as well! This was so light and refreshing. It has red lentil pasta for protein, plus black olives, artichokes, tomatoes, and spinach. I've been eating it for days, and I'm not tired of it yet. 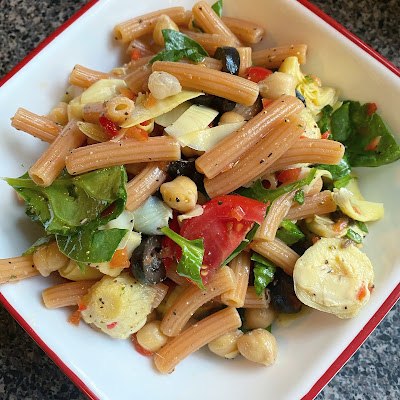 And finally, here's Robert's Bodybuilding Burrito Bowl. This is the simplest-ever dish that's just pinto and black beans, brown rice, and salad-y toppings. The pepperoncinis made this really stand out! 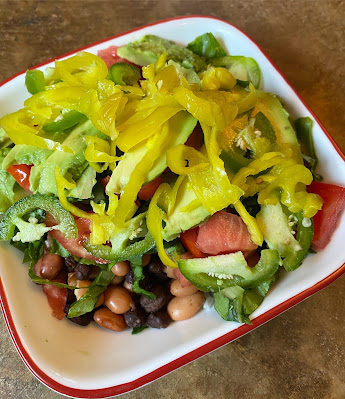 Wow grapefruit in cereal! I trust you that it is good. Sounds like you are getting lots of great meal idea from the book. Happy recipe sampling.

These recipes look amazing! I am usually suspicious of "healthy" recipes but I am willing to try these. Did Paul approve of them?