Last Friday, I made the Garlicky Rosemary Potato Soup from The No Meat Athlete Cookbook, and I'm happy to report that picky Paul loved it and went back for seconds. When we eat together, which isn't that often since we like very different things, I stick to a few standards I know he'll eat. But this was a new one to add to that list! It's hard to go wrong with potato soup. This also has white beans, cashew cream, rosemary, and garlic. 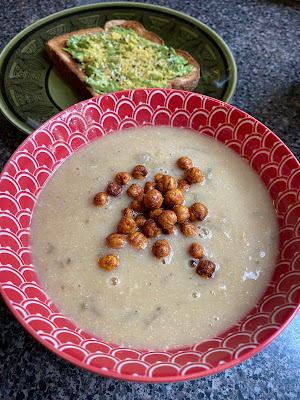 I topped my bowl with some roasted chickpeas that my dad made, and I had some avocado toast on the side.

Last night was Taco Tuesday! I've been really into whole food, plant-based tacos lately, so these have red beans, corn, and kale, plus some avocado and tomatillo salsa. Oh, and there's Follow Your Heart vegan shreds under the veggies. I find that the FYH cheese doesn't melt well on tacos, so I put the hot toppings on top of the cheese to help it melt. 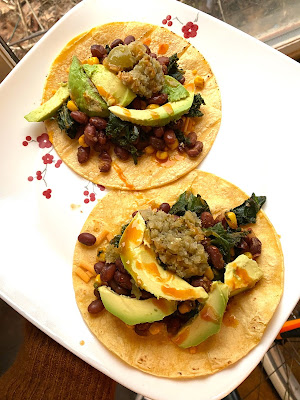 Last night at Sprouts, I found two pair of carrot pants! One appears to be male. HA! I stuck them both in my cart because I didn't have the heart to separate them. 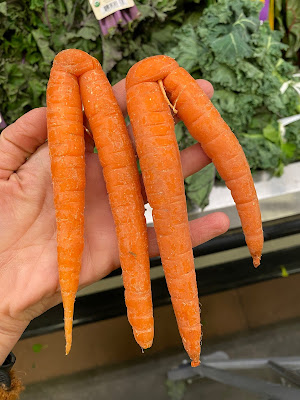 I also found these Goldenberries at Sprouts! They were 99 cents for a container (the price sign said that was $4 off the regular price), so I had to try them. I've never seen goldenberries, but they come in husks like little tomatillos. They're tasty but kind of weird. Like a very sweet and slightly sour tomato that's more fruity. 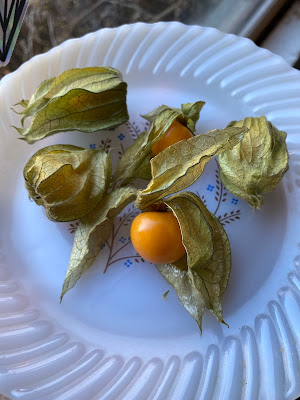 It is hard to go wrong with potato soup!
What a freaking deal on the goldenberries!! I've seen them at Sprouts, but never tried because of the price. I have to go to Sprouts tomorrow, maybe I'll luck out too! I love finding expensive things I've never tried on sale, it's a much safer bet!

Paul and you are such a lovely couple, but why is he not vegan? After all you make all that delicious food. Love your blog.

Ha, Anonymous, I wish I knew! He'll eat vegan meals but only certain foods. He doesn't like most veggies, and he's hard to cook for. Maybe one of these days, but I haven't been able to turn him in 16 years so ... we'll see!

When I saw this blog title I thought carrot pants might have been something you bought to wear. But now I see! Cute little carrot pants couple.