It's hard to believe we're a year into the pandemic and spending ANOTHER St. Patrick's Day at home. Most years, I'm sitting on a patio drinking green beer, attending the city's St. Pat's parade, or doing a pub run with friends. And while parades and pub runs are still canceled in Memphis, I guess I could have had a beer on a patio. But yesterday was stormy with tornado weather (nothing touched down in Memphis, thankfully), so it was kind of a yucky day for a patio. And I'm only half-vaccinated, so indoor bars aren't something I'm wild about just yet.

So it was another St. Pat's at home! I started my morning with a 4.5-mile run to my Irish punk playlist and had some Irish coffee with Bailey's Almande (the vegan one!) and Jameson. Nothing beats whiskey on a Wednesday morning! 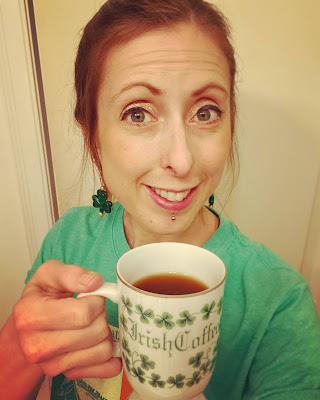 I also had a post-run Banana Walnut Green Smoothie with spinach, protein powder, and wheatgrass. Yay for getting in your greens! 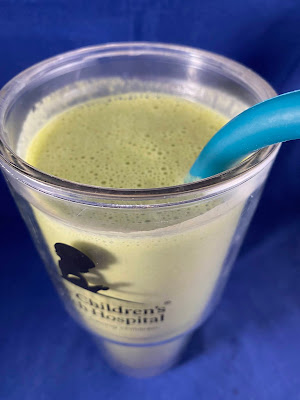 I stocked up on all the necessary St. Pat's booze, so after work, I made an Irish Slammer (half a Guinness with a shot glass filled with half Jameson/half Bailey's). Good stuff! I know it's not a traditional Irish drink but rather some American thing, but they're so tasty. And yes, Guinness is vegan now!! 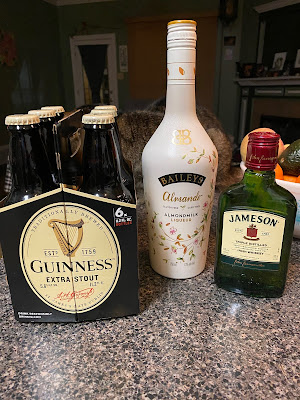 Then I got to work on Irish Stew with Potato Biscuits from The Superfun Times Vegan Holiday Cookbook. This stew has a base of Guinness and veggie-mushroom broth, plus kidney beans, carrots, celery, mushrooms, and onions. The biscuits are made with mashed potatoes and flour and you just drop them on top and bake in a casserole dish. Such a hearty meal! 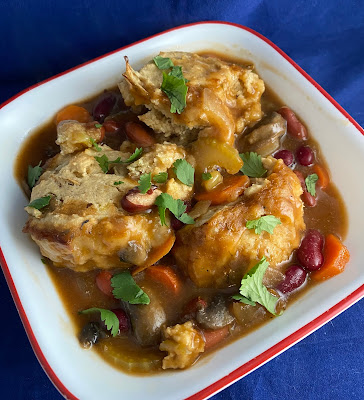 Here's hoping that next year, we will see a return of pub runs and parades!

I love that you're still celebrating all the holidays with fun meals and drinks!! That stew looks incredible!!

oops...... is Guinness vegan? I thought they stored their beer in casks with anchovy oil?

Guinness is vegan now! They didn't used to be, but they changed to a vegan recipe a few years ago due to demand! So now I'll gladly support them!

Love the name "Irish Slammer"! I've only ever heard that called the other, culturally-insensitive name. If I'm ever crazy enough to order one again, now I'll know what to call it ;)

You always know how to celebrate a holiday! Even during a pandemic. Love all the festive foods and drinks!