Memphis has a new vegan food truck! Da Guilty Vegan is a Black-owned food truck specializing in vegan fried chick'n sandwiches. They started serving in mid-February, and I've been trying to catch them ever since! I finally got to try their food last night!

I ordered the Nashville Hot Chick'n Sandwich. This has breaded and fried vegan chick'n topped with coleslaw, pickles, and vegan ranch. Y'all. OH. MY. GAWD. It was every bit as delicious as it looks. The chick'n was so tender, and the breading was light and crispy. 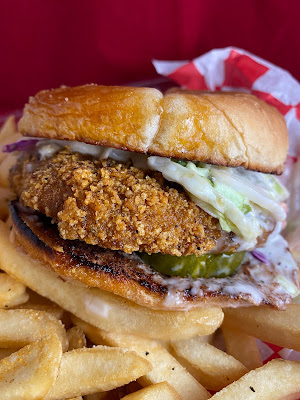 I couldn't decide between fries or a salad on the side, but since the truck is called Da GUILTY Vegan, I figured I should probably just go all in and eat whatever I wanted. You can make it a combo by adding a drink for 50 cents, and they had my favorite Dr. Zevia cola, so I did that! 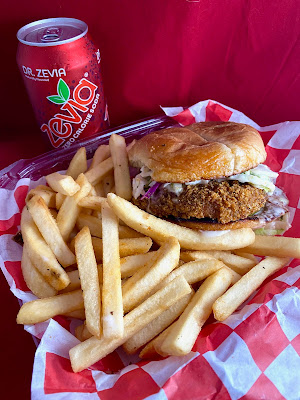 When you order, Chef Derek Richardson asks if you're vegan or not. And if you are, he'll bang the gavel for you! 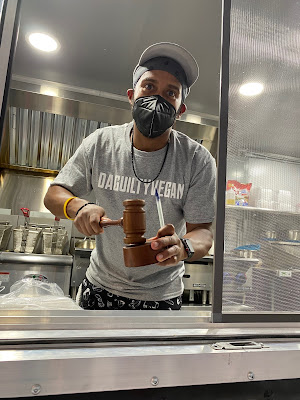 Da Guilty Vegan moves around town, but they're most often located at the corner of Walnut Grove and Houston Levee in Cordova. That's quite a drive from my Midtown house, so I was lucky to catch them downtown last night in Harbor Town. You can follow their IG to see where they'll be! 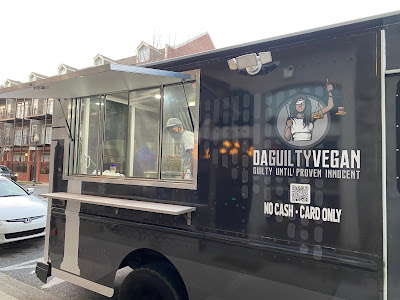 This place sounds really great, I am glad you were able to finally get a chance to try it. And that you got the gavel banged for you.

Wow, what a hilarious concept! I love the "guilty" menu and gavel banging! You also reminded me that I haven't had a Zevia soda in a long time... now I want one.

What a fun concept! I love all of the unusual touches, and the food looks amazing.

That sandwich looks pretty dang tasty! I totally think you made the right choice going all in with fries!

That looks SO GOOD!