I recently discovered that Morningstar Farms Corn Dogs are now vegan. They haven't always been, and I remember picking the box up over and over at the store to read the ingredients, hoping that maybe (just maybe) they'd be vegan one day. I read an article years ago about how Morningstar was veganizing some of their product line, but it took them forever to finally make those corn dogs vegan. And maybe they've been vegan for awhile, but I didn't notice until a few months ago. I had some for dinner one night last week. They're just as good as I remember them being in my vegetarian days! 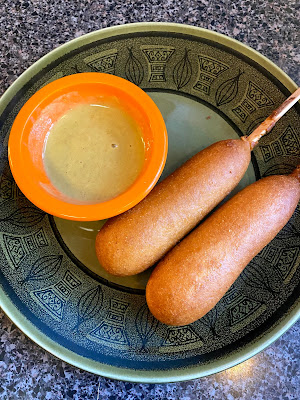 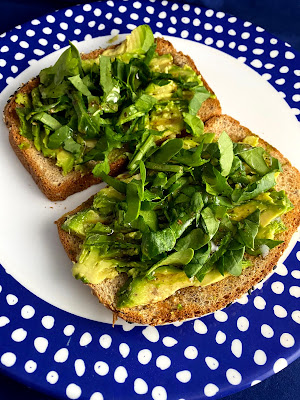 And here's one of my favorite meals from Imagine Vegan Cafe. The Southern Staple is the healthiest thing on their unapologetically indulgent menu. Some days, you need fried vegan chicken sandwiches, and other days, you need this wholesome bowl of brown rice, black beans, and collards. Of course, it's smothered with garlic aioli and served with a buttery slice of cornbread, so it's not too healthy! 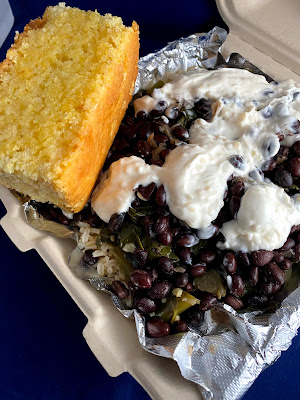 I had a planned 14K trail race on Saturday morning that ended up being canceled due to the weather. We woke up to thunder and intense lightening on Saturday morning (and there were tornado warnings later in the day!), so the race was postponed. But I had no idea that would happen the night before when I ate this carb-full meal of Lentil Bolagnese (from the No Meat Athlete Cookbook) with whole wheat pasta, salad, and some garlic toast with Miyoko mozz. This still made for good fuel for the solo 9-miler that I managed to squeeze in between thunderstorms. 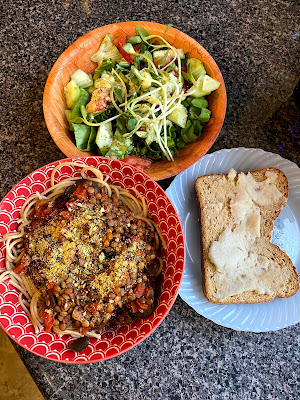 I used to eat their corn dogs all the time in my vegetarian days! And the mini corn dogs too. I'm so excited that they've gone vegan!!!
I always want to try and recreate the southern staple bowl, it looks so tasty and I love healthy things with a bit of indulgence thrown in!!