Last Saturday, LuLu's at the Cooper-Young Farmer's Market was selling handmade Cabbage & Carrot Dumplings. They were sold five to a container, so I just bought one serving. I had them for dinner last night, and WOW! These were stuffed with locally grown cabbage, carrots, and onions. I steamed them and then pan-fried and topped with a little Dijon-agave-tamari sauce. I had some kale on the side. I didn't want this meal to end. 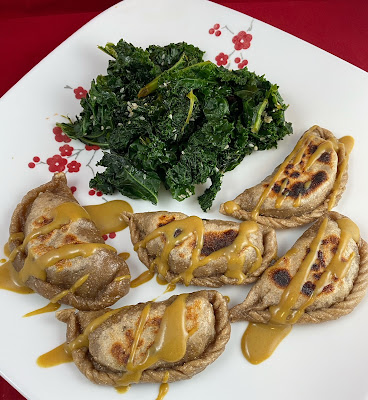 LuLu's was also selling Hamantash since Purim just passed. I am not Jewish, but I love a good holiday! One was stuffed with chocolate sesame paste, and the other was stuffed with apricot jam. Both were delicious, but I think the chocolate was my fave. 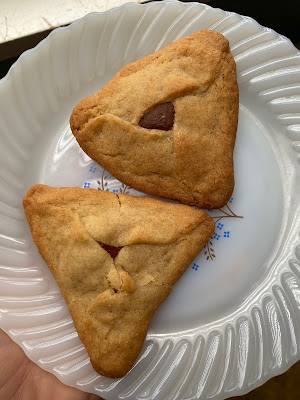 Speaking of dumplings, I ordered the Mandu Guk from Crazy Noodle on Saturday night. Paul and I really wanted tofu pho from Pho Binh, but they were OUT OF PHO! Must have been a busy day for them. Luckily, Crazy Noodle was open, so I ordered my usual there. This soup has Korean rice cakes and veggie-stuffed dumplings, and it's the best. 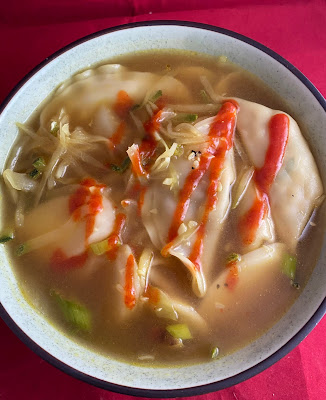 And finally, here's some Indian food from a gas station! Paul sold his second car to a friend here in Memphis, but he needed to get back to Nashville on Sunday night for work on Monday. So his dad and I met halfway, so Paul could get home. Halfway between Memphis and Nashville is Cedar Grove, TN, home of Punjabi Dhaba (an Indian restaurant in a truck stop at exit 101). I got Aloo Gobi and Samosa and ate half in my car in the truck stop lot. And then I had the rest the next day for lunch. Beats my usual road trip meals from Burger King, Taco Bell, or Subway! 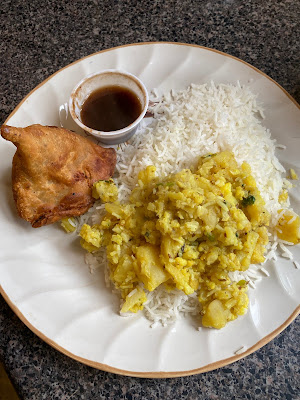 Those dumplings look so good!