Paul and I celebrated 15 years together this weekend! Our actual anniversary is June 28, but Paul works in Nashville and couldn't be home until Saturday, the 29th. He arrived pretty late, but we still had enough time for a quick game of pool at Newby's, the bar where we met — over a game of pool — on beer bust night back in 2004. We celebrate at Newby's every year! 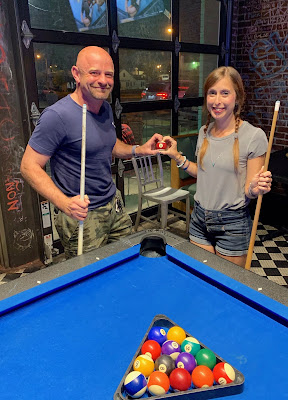 Paul's a sentimental guy, and he always makes us pose with the numbered ball for the number of years we've been together. Here we are with the 15 ball.

We stayed for a couple beers and then headed home for bed. On Sunday morning, we slept in, and then I made the BEST vegan pancakes we've ever had! I used this Tasty recipe, and they were so fluffy! I've struggled with flat pancakes for years, but this recipe makes super-fluffy ones. This will be my new go-to recipe. 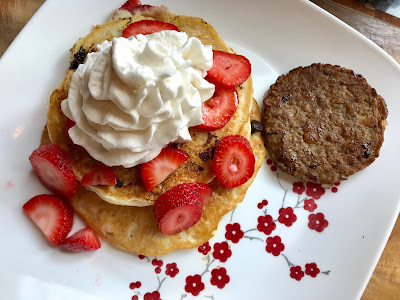 I mixed chocolate chips and strawberries into my batter (just plain pancakes for Paul though) and topped mine with extra berries and vegan Reddi Whip. Simple Truth vegan sausage on the side. Plus, mimosas of course. 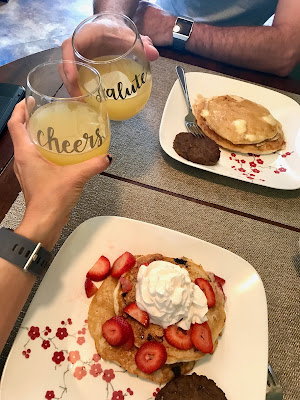 After pancakes, we did some yard work (very romantic, huh?). And then we headed downtown to take the Old Dominick Distillery tour. Old Dominick is a new-ish Memphis whiskey distillery, and we'd been wanting to go on the tour for awhile. We met the distillery cat, Waldo. He's a lover! 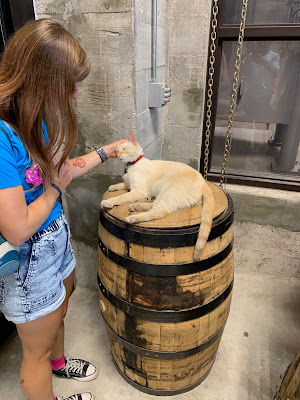 And at the end, we got to taste vodkas, whiskeys, a moonshine, and some not-on-the-market-yet gin. 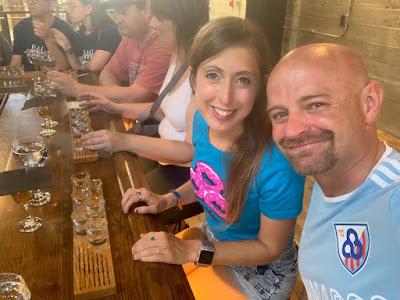 We had dinner reservations for Seasons 52 at 6 pm. We've been going here for the past few years on our anniversary because they have great vegan options for me, and Paul can get his meat stuff. 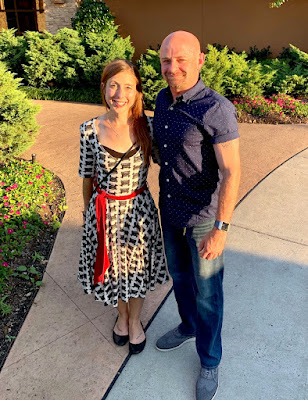 The menu changes seasonally, but I was glad to see the Avocado Toast appetizer was still on the menu. We split this while we waited for our food. Also, while we waited, Paul gifted me a dainty diamond necklace that he had designed by a local jeweler. :-) He also had 15 roses sent to me at work on Friday. He's a good dude. Love him! 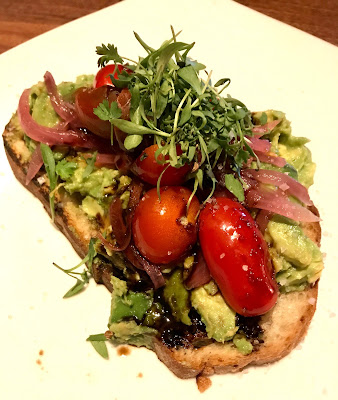 The vegan entree for summer is Roasted Vegetable Gnocchi, and OMG. This was AMAZING. Best meal I've ever had at Seasons 52 (and I've had some good ones!). I LOVE potato gnocchi. 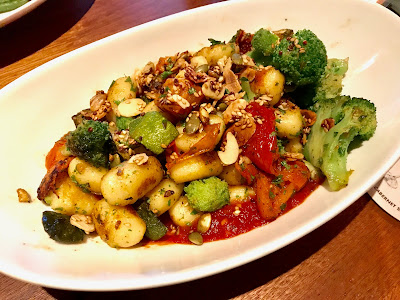 After dinner, we enjoyed some drinks at home on our back patio with a fire going in the fire pit. A perfect 15-year anniversary celebration!
Posted by Bianca at 9:00 PM

Happy anniversary!!!!
I love your braids, your hair has gotten so long!
That's nice to have a sentimental guy!!!
OMG that gnocchi dish looks AMAZING!!! I love potato gnocchi too!!!
I'm glad you guys had a wonderful celebration, here's to fifteen more years!!

Happy anniversary! 15 years is seriously incredible. Looks like a beautiful celebration and yes please to those pancakes!