We had our monthly Memphis Vegan Drinks meetup at Midtown Crossing Grill last week. They've got a new menu with some new vegan options, including the most amazing vegan cheese nachos. Most people ordered those, but I'd just tried them a couple weeks before, so I opted to try the new Hummus Platter. I was surprised to see it was served in a bowl bigger than my head! 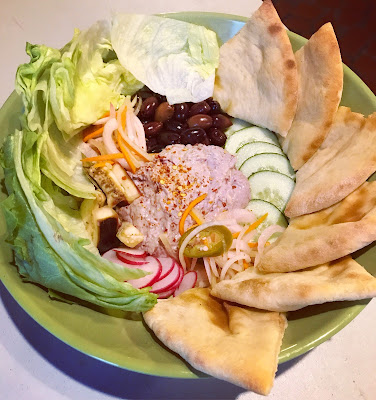 Clearly, this platter of housemade hummus, flatbread (made with their perfect pizza dough), pickled eggplant, cucumber, kalamatas, and lettuce leaves is meant to be shared. But I ate the whole thing. All by myself. Looking back, I wish I'd saved some for snacks the next day. But I was hungry. Bonus: Our Vegan Drinks team — Nacho Party — won at Name That Tune trivia that night (thanks to Melissa and Anthony, who spend much of their free time winning at local trivia nights). 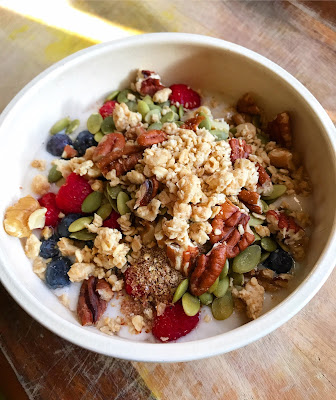 Here's a very ugly picture of the Simplified Spinach Mushroom Lasagna from The No Meat Athlete Cookbook. I made this white bean, mushroom, and spinach lasagna (with cashew cheese!) last week since I had some leftover cooked lasagna noodles that needed to be used. But I've always struggled to plate lasagna in a way that doesn't look like a giant mushpile. Trust me, it tasted way better than it looks. This lasagna is my go-to whole foods-based recipe.  I usually make a giant batch and freeze some, but I made a half-batch this time and ate it all. 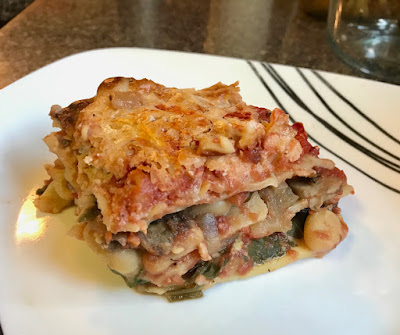 My friend Susan gave me a box of Upton's Naturals BBQ Jackfruit, which I used to make Jackfruit BBQ Tacos! With red cabbage slaw, yellow tomato, and avocado. Served with my simple Spanish Rice (I just cook brown rice with some veggie broth, diced tomato from a can, diced onion, cumin, salt, and chili powder). 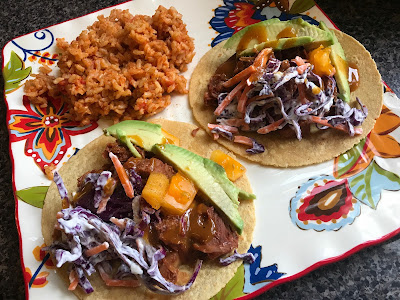 The next night, I made BBQ Jackfruit Sandwiches with the leftovers. I used one of my Lulu's Baked handmade potato buns, and it was the most perfect sandwich. Don has really changed the vegan bun game with his potato buns. I stocked up on some at the CY Farmer's Market last week, so I have plenty in my freezer for 4th of July grilling! 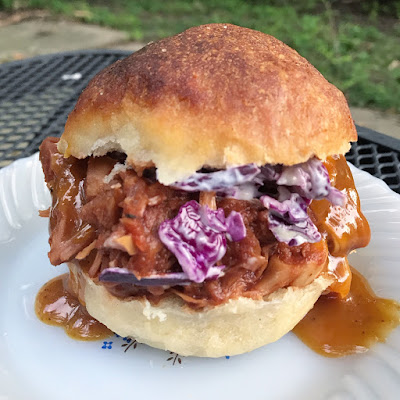 That hummus platter looks so beautiful!!
I always struggle with making lasagna look pretty too! It sounds amazing, and your picture looks pretty tempting too!

OMG that hummus plate!!! It looks like perfection! The lasagna looks amazing too and I've been wanting to try BBQ jackfruit but just haven't yet! Yours looks amazing and I love that you used it both in tacos and sandwiches. I definitely need to try some this summer.

Now that is a hummus plate! It looks amazing.
I also struggle with making lasagne look pretty for photos, but yours looks pretty good!