My BFF (since 7th grade y'all!!) Sheridan and her partner Drew came to Memphis on Saturday to see Hamilton at the Orpheum, and since Sher's birthday is coming up in two weeks, we decided to celebrate her birthday too.

They arrived in time for dinner on Saturday night, and they chose Lucky Cat Ramen since they hadn't been there yet. I've ordered Lucky Cat's yuzu veggie ramen several times, so I decided to branch out and try the Crispy Mushroom Rice Bowl. 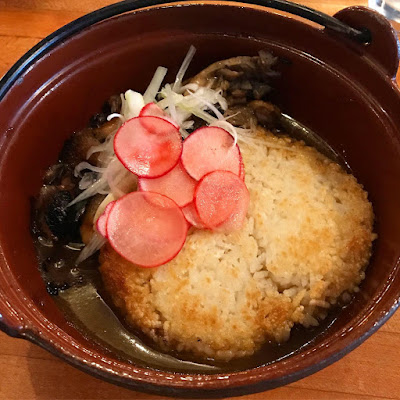 This isn't listed as vegan on the menu, but they were happy to sub out veggie broth for the dashi. The white rice was soft on the inside and crispy on the outside (similar to rice in bibimbap). It's covered in broth and grilled oyster mushrooms, plus radish pickles. Very yummy. Would eat again!

We shared an order of the Curry Pop Dumplings, which were stuffed with sweet potato. Also really yummy! 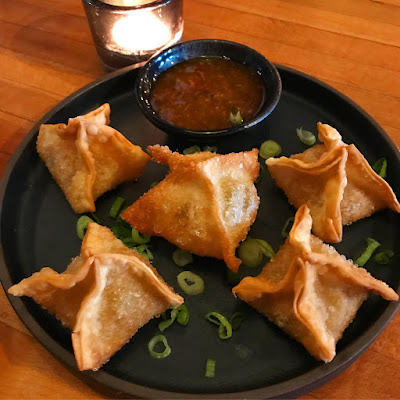 After dinner, they went to see Hamilton (which I had seen the previous Tuesday!). I picked them up after the show, and we went straight to Art Bar at Crosstown Arts for cocktails and wine. 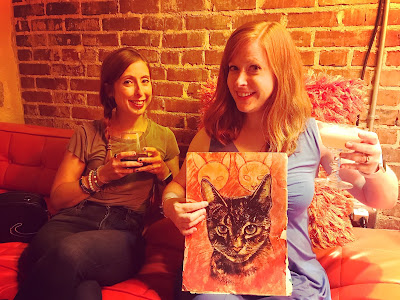 On Sunday morning, we had brunch plans. But we woke up too early so I had to make us a snack — Air Fried Doughnuts! These are so simple — just a can of biscuits (Pillsbury Grands are vegan) cooked in the air fryer at 360 for about six minutes. Then they're rolled in vegan butter and cinnamon sugar. But if you need the recipe, here ya go. 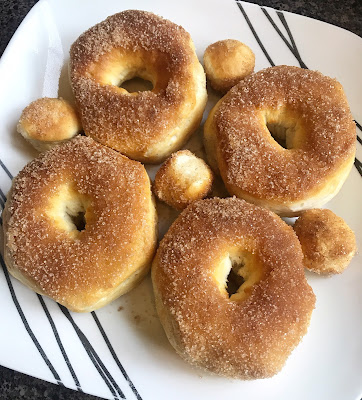 Around 11 am, we headed to Imagine Vegan Cafe for brunch! Here we are with much-needed coffee (since we went to bed late and woke up early). I ordered the brunch special — French Toast with Hash Brown Casserole & Vegan Sausage. The French toast was perfect, but that hash brown casserole was the star of the plate. Greasy hash browns with vegan cheddar and bits of sausage. Not something I should eat every day but perfect for brunch. 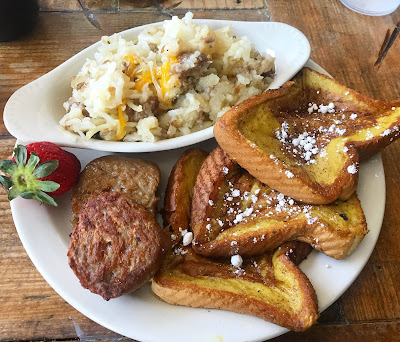 Yay! Happy Birthday, Sheridan! What a fun celebration, that ramen looks AMAZING!! I WANT! And that brunch, yum! It looks like such a great weekend, I'm so glad you were able to celebrate together!

Happy birthday to Sheridan! That looks like the best way to celebrate.