This is the third in a series of blog posts for my cookbook's social media campaign, cleverly titled "Keep On Crunkin'." My publisher, Book Publishing Company, and Vegan Mainstream have joined forces for this seven-day promotion filled with giveaways, contests, etc. I'm inviting you to get crunk with me! Every day, I'll share recipes, giveaways, and tips, and there will be a social media action that you can take on the 7-day Vegan Crunk Challenge for a chance to win a copy of my cookbook, another BPC cookbook, or a Cookin' Crunk apron! All taking the challenge means is that you'll read along and cook along with me. If you don't have my cookbook yet, pick one up! You can even buy one right here on my site using the Paypal button on the right side of the blog.


Like folks from anywhere else, Southern folks eat just about everything. We love spaghetti and cheatballs, tofu stir-fries, and masala dosa. But just like with the people who connect with those dishes through their individual cultures and family blood lines, we Southern folks tend to feel some primal sense of comfort when we chow down on collard greens, butter beans, and sweet, syrupy pecan pie (and that's pronounced pah-con, thank you very much ... no pee-cans around these parts).

Now you can't really go into a most soul food joints around here and order vegan food (unless you're at Deja Vu in Memphis or Soul Vegetarian in Atlanta). Traditional soul fare is seasoned with ham hocks and bacon fat. Gross! But that's exactly where Cookin' Crunk comes in — classic country cookin' without the nasty old animal products. Tonight, I'll tell you about five of my favorite vegan soul food dishes, and I'll include a recipe at the end.

1. Soup Beans
"Soup beans" is just fancy Southern speak for beans with a lot of seasoned broth (you know, for soppin' up with your cornbread). Any old bean will work, but my favorite soups are made with creamy, soft Great Northern Beans (which now that I think about it, sounds pretty un-Southern, but whatevs). My White Bean & Collard Green Soup from Cookin' Crunk is seasoned with a broth of tomatoes, onions, garlic, red pepper flakes, and ground ginger and nutmeg. 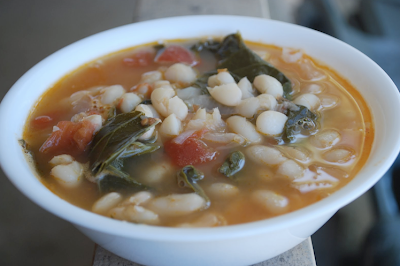 2. Fried Squash
You knew something fried just had to make this list, right? Although I try to eat healthy-ish whenever possible, my soul NEEDS fried food sometimes. And nothing beats a thinly sliced piece of yellow summer squash, breaded and fried and lightly salted. If you're feeling frisky, you can make your own Fried Squash from Cookin' Crunk. 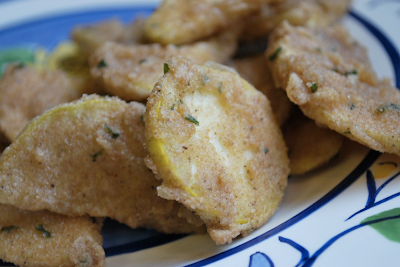 3. Cornbread
This one is another "duh," but it simply has to be on the list! One cannot have soup beans (or chili or stew or anything in bowl) without crumbly, sweet cornbread. Now they say (whoever "they" is) that Southern style cornbread is sugar-less, but I grew up eating slightly sweet cornbread. So my recipe for Jalapeno-Corn Cornbread from Cookin' Crunk might a little on the Yankee side, but that's okay. 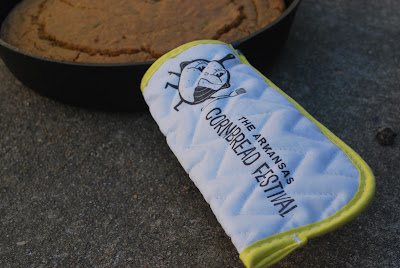 4. Dumplins
When you're eating those steamed pockets of cabbage and carrot in an Asian restaurant, they're called "dumplings" with a "g." But when you're eating the tender biscuity strips of soft boiled dough mixed with vegan chicken and veggies, those are "dumplins." My mom actually makes the best vegan dumplins in the world, and I used her recipe to create my own version for my cookbook. My Seitan & Dumplins recipe from Cookin' Crunk takes a little more time to prepare than most of my recipes. But damn are these comforting on a cold winter day. 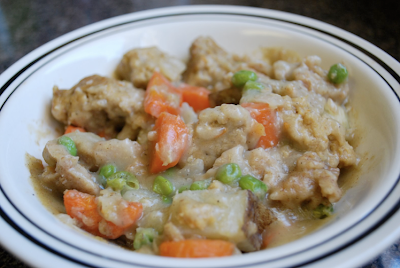 5. Mississippi Mud Cookies
I believe the rest of the world refers to these as "chocolate peanut butter oatmeal no-bakes." But where I live, on the muddy banks of the Mississippi, we named these after the very dirt that sustains our crops. I'm certain, however, that these cookies taste much better than actual Mississippi mud. 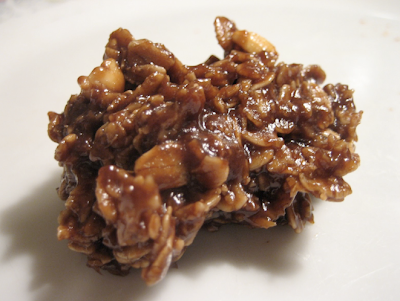 Today's Giveway Action: Tell the world (or at least your friends) about your favorite Southern food on Twitter and use the hashtag #keeponcrunkin. We'll randomly select a winner for a cookbook from those who have tweeted later this evening. Contest closes at 11:59 p.m. CST.

If case you're wondering who has won giveaways from day one, that would be Holly Gruver, who won the cookbook Twitter giveaway, and April Novak, who won the Pinterest apron giveaway!! Congrats!!

Now, for that recipe I promised. Try your own hand at Mississippi Mud Cookies.

Stir together the sugar, soymilk, peanut butter, margarine, and cocoa powder in a large saucepan. Turn on medium heat and bring to a boil.

Once the mixture begins boiling, set a timer for 1 1/2 minutes. Allow to the mixture boil undisturbed (do not stir) until the timer goes off. Turn off heat and stir in oats and vanilla extract.

Note: When it’s extremely humid outside (as it often is during Southern summers), these cookies may not set up properly. If that happens, never fear. Just eat ‘em with a spoon!
Posted by Bianca at 12:30 AM

All of those look soooo mm mm good! Especially the cookies. What's the challenge for today?

I wanna try those dumplings...used to love Chix n dumplings when I was growing up!

I love this post! Even though I'm a born-and-raised California girl, my dad and his dad both grew up in North Carolina, and I still have lots of awesome family there. If I had to pick a #1 Southern food it would definitely be BOILED PEANUTS! I love them so damned much, and the first time I ever had them, it totally blew my mind.

This might sound weird-but I love grits! I never had them until I drove my kids from Michigan to Disneyworld years ago and stopped in Georgia for breakfast. I just love them!

Boiled peanuts! Hands down, my favorite is boiled peanuts. It was my favorite part about going to tailgates. (Can't live in the South without being obsessed with college football!)

Oh man those cookies sound delicious!!! Great list too! I haven't had too much southern cooking unfortunately but I have heard of boiled peanuts and have always wanted to try them! I'm a sucker for pecan pie too :)

That fried squash looks awesome. I have yet to give that one a try.

I really enjoyed the fried squash. I'll be making it a lot this summer.

my goodness, those mud cookies are calling my name!!

I'm a little late to post on this one, but my fave southern food is OKRA. For people who think it's slimy and gross, I've found that if you dry fry it first (sliced) before putting into the rest of the stuff for stewed tomatoes with okra, it doesn't get like that at all. It's slimy right after you slice it, but I think searing it ahead of throwing it into the post seals the goo back in. I love it so much I'm planning to get an okra tattoo!

Those Mississippi Mud cookies are awesome and the name is fun to say too! I loved them so much I needed to repost on my blog!
If you want to take a peak here it is