I've been a huge fan of Annie and Dan Shannon's blog, Meet the Shannons, for years. I've made a number of their recipes (not surprisingly, they were all ramen-related ... hey, I know what I like), and they never disappoint.

Their Vegan Garlic Chicken Ramen with a Vegan Hard Boiled Egg may be one of my favorite recipes of all time. And the Crunchy Vegan Asian Chicken Salad (with ramen!) is equally amazing. My mama actually stumbled across their blog while researching vegan beignets, and there she found her favorite recipe for making the homemade fried pastries. She's made them several times, but she's yet to make them when I'm in town (mama, I know you're reading this, and this is a HINT).

You can imagine my excitement when I learned that Annie and Dan were working on a cookbook, a massive compendium of veganized Betty Crocker recipes. And now that book — Betty Goes Vegan: 500 Classic Recipes for the Modern Family — is FINALLY in my hands! 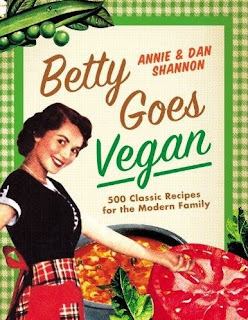 Let me just say this: I love most all of the vegan cookbooks in my collection (and I have lots). But few speak to me like Betty Goes Vegan does. I feel like Annie and Dan wrote this book JUST FOR ME. That's because it's packed with the kind of food I like to eat — simple, comfort food that's heavy on the "meat" and full on the flavor. There's a little something for everyone in this massive book, but the recipes definitely lean toward those for heartier appetites like mine. You won't find too many airy-fairy recipes that try to make vegetables the star of the show. These are easy, protein-heavy dishes for growing vegans.

These are based on Betty Crocker recipes, after all. And Betty likes to keep things simple. She's a modern lady — trying to raise a family, keep a house clean, and create dishes that make everybody happy, all without making it seem like she had to bat an eyelash to do it.

You won't find pretentious, overly gourmet recipes in Betty Goes Vegan. No, ma'am. What you will find is Vegan Chicken Fried Green Beans (holy hell!), Drunken Vegan Duck Stir-fry, Avocado and Tequila Steakless Tacos, and Baked Vegan Chicken and Easy Waffles. There's that Vegan Beignet recipe my mama loves and even Vegan Venison with Cranberry and Wine Sauce (the "venison" is made with Gardein beefless tips). There are doughnuts galore and enough pudding recipes to impress even Bill Cosby. There's even a recipe for Cajun Deep-Fried Tofurky with Okra Giblet Gravy. Annie and Dan live in New York, but judging by the soul in so many of their recipes, I think they could pass for honorary Southerners.

Since the book arrived last week, I've made four dishes! I'm going to show you three here, but I'm saving the fourth (vegan fried eggs!!) for tomorrow's post because it's so awesome that it deserves a post of its own. 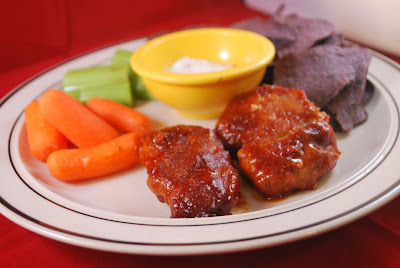 For the "chicken," I used my own homemade seitan recipe from Cookin' Crunk. The recipe suggests several options for the wing base (May Wah Healthy Vegetarian Food wings, Match vegan chicken, or homemade seitan). While I love me some mock meats, I don't have access to May Wah or Match here, but homemade seitan worked wonders in these. The sauce was heavy on BBQ and light on hot sauce. And even though I love spicy, spicy food, these were a fun spin on my usual butter and hot sauce-heavy wings.

I also made Dan's Guacamole: 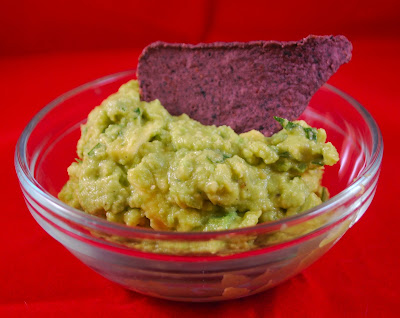 The night before the Superbowl, I made a giant pot of my chili recipe from Cookin' Crunk to practice for an upcoming Engine 2 diet class I'm teaching at Whole Foods. But rather than my make my usual cornbread to eat on the side, I opted for the Cheezy Jalapeno Corn Bread from Betty Goes Vegan: 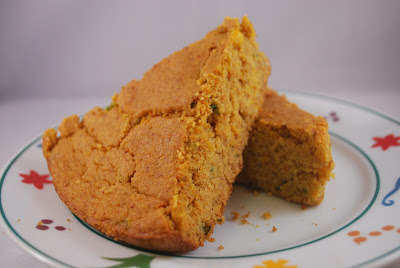 This is hands-down the best cornbread I've ever put in my mouth. No lie. It's soft and almost melts in your mouth, but it holds together in a slice. It's spicy (from the jalapenos). It's cheesy (from the Daiya cheddar). It's nothing short of amazing.

I can't wait to make this cookbook my new go-to. You can make it your go-to as well since the book will be officially released on February 5th.
Posted by Bianca at 9:25 PM

I can't wait to get my hands on it! I love their blog. The german chocolate cupcake recipe they came up with is outta this world!

Talk to me about making seitan, please! I've tried once or twice in the past, but did not have good results. What's the trick? :)

My pre-ordered copy just shipped--I cannot wait! Glad to see you love it.

Living in small town western tennessee, would I be able to find the ingredients for things in this cook book? And how about your vegan crunk cookbooks? Would love to have them!