First things first, I need to announce the winner of the Thrive book giveaway. That would be Audrey of Just Audrey! Congrats.

On Friday night, Gen Q, Memphis' club for college-age LGBT kids, held a fundraiser dinner so they could raise money for an upcoming trip to "Advancing Equality on the Hill" in Nashville. "Advancing Equality on the Hill" is an annual day of LGBT advocacy at the Tennessee state capital. Members of the Tennessee Equality Project meet with politicians and talk about bills that benefit LGBT rights, as well as those that take away rights or are harmful to their goal of equality for all.

To my surprise, Gen Q member Kal informed me last weekend that they would be making all the food for the dinner from my cookbook! The Mom Corps, a group of Gen Q members' moms, cooked several dishes from my book to serve that night at the Memphis Gay and Lesbian Community Center.

Of course, I just HAD to attend the dinner! I've never had someone else serve me my own recipes. The moms did a fantastic job! Everything tasted just like I'd made it, and, honestly, I think they made things taste even better than when I make them at home.

Here's what was on the menu. First, we had Bread and Olive Oil (not from the book): 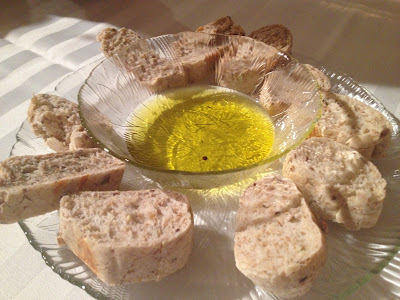 The entrees were a choice of Spaghetti with Raid-the-Garden Marinara Sauce from Cookin' Crunk: 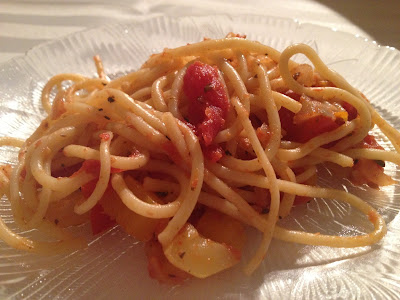 Or Red Beans and Quinoa: 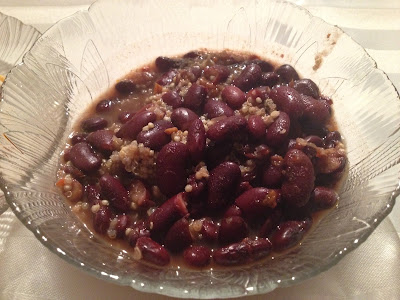 I had both! Every got a platter of Spaghetti Squash with Tofu and Tomatoes as a side dish: 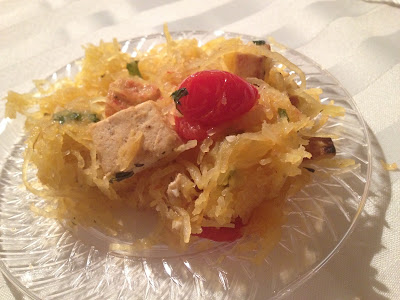 My very meaty friend Andy really liked this. He said he might even make it home sometime. 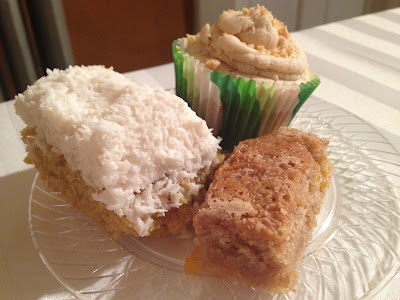 I swear the frosting on that cupcake was way better than any frosting I've ever made. So creamy and peanutty.

Anyway, I was honored to have Gen Q serve my recipes at their dinner. They made $200 for their trip!

On a related note, I'm launching a social media campaign — called Keep On Crunkin' — this week for Cookin' Crunk with the help of my publisher, Book Publishing Company, and Vegan Mainstream. Beginning Tuesday, I'll be posting a series of seven blog posts related to my cookbook (and most have recipes!). Each one will have a "social media action" that you can take on Twitter, Facebook, or Pinterest for a chance to win a copy of my book or another BPC cookbook or a (gasp!) Cookin' Crunk apron (I don't even have one yet, but I can't wait to get my own!).
Posted by Bianca at 9:10 PM

What an honor to have all of your recipes used at such an awesome event. I think it's a perfect fit. Everything looks delicious!

I made the spaghetti squash with tomatoes and tofu for the dinner that night and it will be in rotation for regular family meals around here in the future. Thanks to the really clear instructions in your book even this non-vegan was able to finally manage getting tofu to cook right. :) So glad you enjoyed it.

You're a gem and a treasure! Gen Q did a good job and I admit to seconds of EVERYTHING!

I was already just dying to meet you but after this post my heart is just filled knowing that those kids have an ally in you.

I'm looking forward to the posts on your book to get more ideas.

I made the cheesy tempeh grits on Saturday and I LOVED it. These were my very first grits and I was quite excited to see how comforting and filling this turned out to be. I'll be making it again and again for sure. Even my polenta-hater bf liked it.

I also made de smoky okra and tomates and it was very tasty. I used canned okra, but next time I'll make sure I use fresh ones.

That would be so cool and for a good cause too.