Remember the Healthy Surprise box? I did a post a couple months back about this amazing vegan, gluten-free, mostly raw subscription service that sends a box of snacks right to your door every month. My last review box was full of all kinds of goodies, and in fact, I still have a few of those snacks left (some nuts, hemp seeds, and cookies).

But to my, um, surprise (no pun intended), the adorable Jorge from Health Surprise offered me another review box because the company just released a new box ... like the physical box. Check it out. It's shorter but deeper: 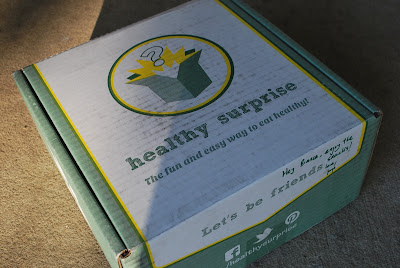 And that means two layers of snacky goodness: 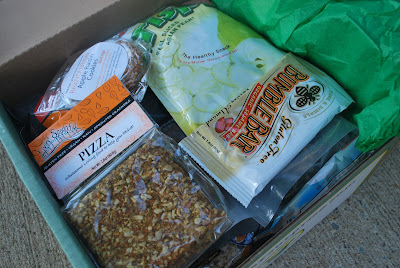 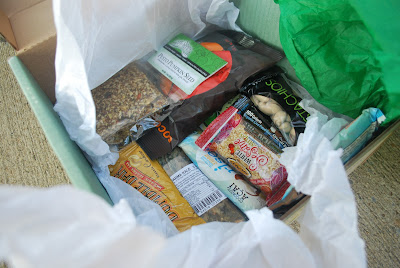 Look! Jorge even left me a little note: 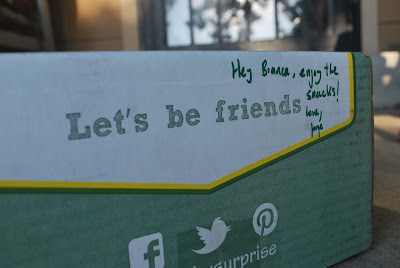 I don't even know how they stuffed so many snacks inside, but look at all this madness: 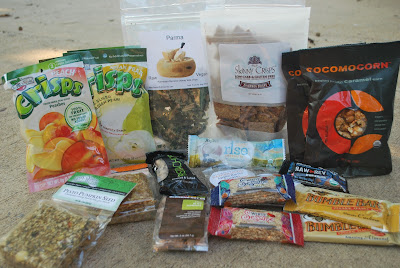 So yea, that's a LOT of stuff! I've been eating bars in the morning before my runs, so the morning after I received the new box, I tried the Rise Coconut Acai bar. Made primarily with dates and almonds, these bars are super natural and only mildly sweet. I find many bars to be too sweet, but these were perfect. They reminded me of Larabars but better. 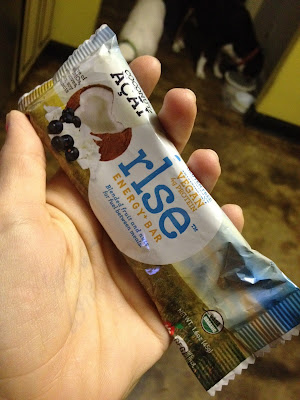 Next up, I tried the Parma kale chips. I LOVE kale chips!! These were probably my favorite item in the box. I'm too cheap to buy kale chips in a store, and I'm too lazy to make them at home in my dehydrator very often. I tore through this bag like nobody's business. Thankfully, they sent me two bags. 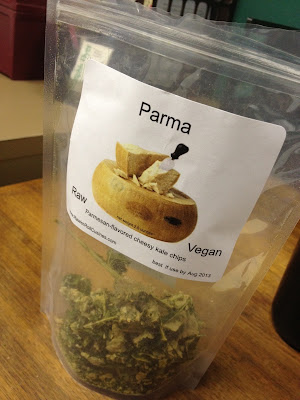 I don't eat enough fruit, so I was happy to see so many bags of fruit Crisps. Regular fruit bores me, but I always enjoy it in dried form. These were tangy and sweet. 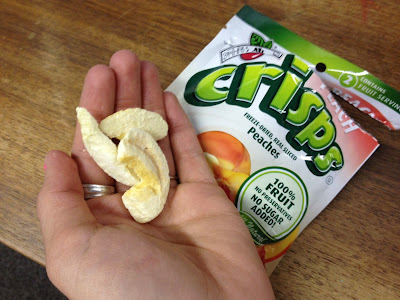 Yesterday, I had a late meeting after work, so I wasn't headed home until 6:30. I was famished, but luckily, I had stuffed this bag of pistachios in my purse. Totally hit the spot. 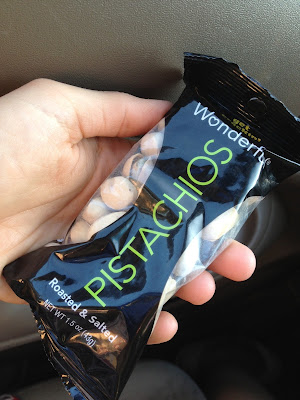 This morning, before my run, I decided to crack open a cashew Bumble Bar. I'd tried these before, but it was long ago. And I'd forgotten how sesame-seedy these are! I love sesame seeds, and these are packed with them and sweetened with my favorite natural sweetener for bars — brown rice syrup. 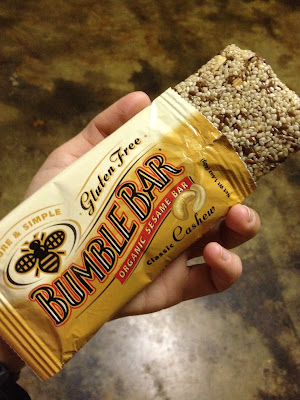 That's all I've had a chance to try from the new box so far, but you better believe I'll be eating these snacks for awhile. And Vegan Crunk readers might get a chance to enjoy the same kinds of snacks in the new box too!

For a limited time, the folks at Healthy Surprise are doing a giveaway on their Facebook page. All you have to do is post a picture to their Facebook page of your favorite healthy snacks on something (Jorge's examples include in your house, in a park, on your parents' heads, whatever).

Lucky you, that box looks awesome!! SO many great snacks, I need to check this out! yum!

Ummm, wow. They were smart to send you this for free because I, for one, am going to sign up for this now.

Love this! How much do they cost in general?

I love Bumble Bars! I laugh a little at how crazy-healthy they look, and they're delicious. I need to try those kale chips.

This looks great, thank you for posting I think this is sooo clever. I am always looking for veg gluten free snacks, and since im going to be raising my baby boy gf and veg, this will be a great snacks for us.

That looks great! What a fun surprise to get in the mail.

Oh man. Jorge offered me a box but then it never came! I guess I'll just have to enjoy it through your pictures.

I am seriously jealous. I've added Healthy Surprise to my Pinterest wish list so that my family won't have to ask what I want for birthdays/Christmas.

But I am super bummed that TwinCakes is no longer in business. There were several of their items in my HSBox and were AMAZING. I hope they come back soon.

ps--Healthy Surprise, if you see this, I wouldn't mind having a new surprise myself! *cough*