Long before Memphis was home to a myriad of vegan-friendly restaurants (and even four places to get vegan cheese pizza!), Chef Bastet was making vegan food available in every way she could. As half of the former Vegan Sisters group, Bastet used to serve vegan lunches at Precious Cargo Coffeeshop and host vegan health lectures at Wild Oats (now it's a Whole Foods).

When that venture ended, she moved her talents to Java, Juice, & Jazz, where she served daily vegan plate lunches alongside the meat plates by Chef Gary. After that, Bastet and Gary launched Deja Vu Creole & Vegetarian Restaurant, a N'awlins-style diner with an awesome menu of vegan soul food. Bastet left Deja Vu, but it's still around, and Gary's still cooking Bastet's meat-free recipes. She's also run a vegan lunch delivery program out of her home and, most recently, a vegan catering company called OC Vegan Foods.

Now Bastet and her partner Nigel have settled into an adorable storefront at 3754 Park Avenue. Called the Natural House of Wellness, the store offers made-fresh-daily, grab-and-go vegan meals, desserts, herbs, candles, and other gift items: 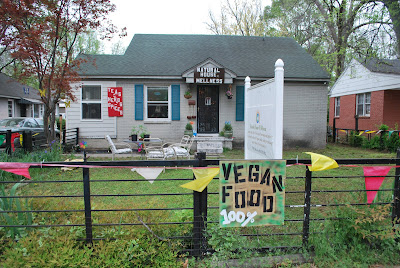 Look how cute it is inside! 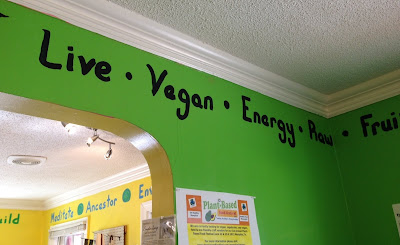 My co-worker Hannah and I recently stopped in during the lunch hour to pick up some food to bring back to the office. The grab-and-go specials change daily, but that day, the House of Wellness was offering this hearty, healthy plate of Stewed Lentils, Red and White Mixed Quinoa, and Sesame Kale: 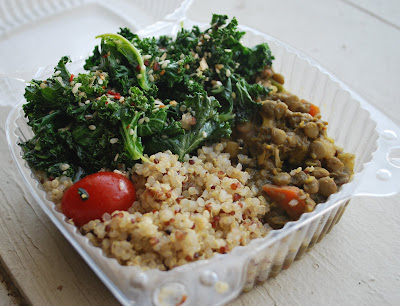 I felt so very, very healthy after eating this! And the sesame kale may be the best kale preparation I've ever put in my mouth.

Besides offering meals, Bastet and Nigel also sell plenty of vegan snacks, including three flavors of popcorn seasoned with their own spice blends. I love this Green Goddess Popcorn! I'm not sure what spices are in the seasoning mix, but I know it has garlic, onion, and cayenne pepper. I think the green stuff is spirulina: 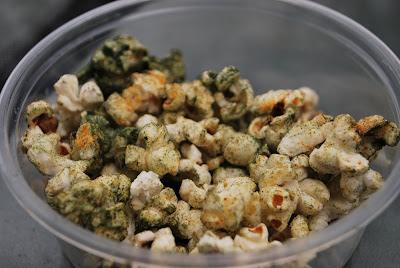 Since Bastet and Nigel started their catering company, OC Vegan Foods, they've been baking cinnamon rolls and these adorable mini-loaves of vegan breads. There's banana nut, chocolate almond, carrot raisin, and pumpkin pecan. They're sold at Whole Foods and the House of Wellness: 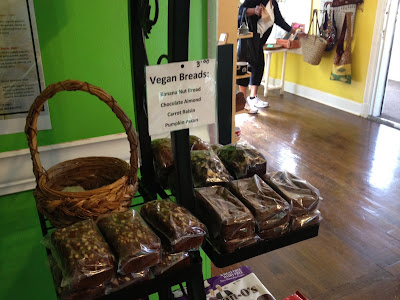 I stopped by the House today for a loaf of the Banana Nut Bread: 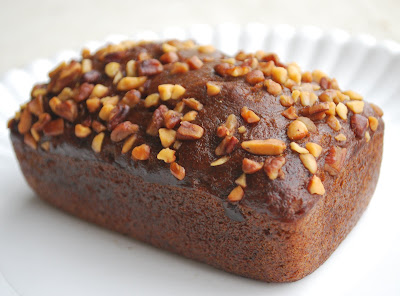 I split the loaf into two pieces so I'd only eat half and save half for later. But it was so moist and fresh that I just couldn't stop at half. I usually have amazing self-control, so that says something about how awesome this stuff is.

They also have classes on everything from reiki to awakening your inner lotus. They even offer something called an Herbal Medicine Womb Journey!

The Natural House of Wellness is located at 3754 Park Avenue. Check out their Facebook page.
Posted by Bianca at 11:33 PM

What a cool looking place! I will have to check out when I come to Memphis! (Especially the popcorn, yum!)

This is definitely the kind of place I would stop by daily if I lived there.

What an adorable little place! I like its homespun quality.

Oooh! I want to check it out next time we are in Memphis! Looks awesome. I wish we had a place like that here.

What a cute place! I’ve never seen anything like it before.

They have the BEST green goddess popcorn!!!

That place is so adorable! Your lunch dish looks amazing! No wonder you felt so healthy after eating it :) I've become a big fan of air popped popcorn recently and that spice blend sounds great! The bread also looks amazing, this is definitely a place I'd frequent if it had one by me. Exactly the kind of place I like to support :)

I am so glad there are vegan posts because since I have decided to go vegan it has always been a dilemma.There are many options also in vegetarian and it is good to explore them.

What a cool looking place. Love the color scheme.

Best vegan spot in Memphis! The popcorn is addictive. The cookies and other desserts are awesome. And the kale greens are delicious and fresh. Everyone...not just vegans, should check this out.

Ok, I OFFICIALLY hate you for having so many amazing vegan places.

WHY did I not escape the Delta this summer and come explore with you? Why, why, whyyyyy.