When it comes to craft beer in Memphis, only one name matters — Ghost River. This relatively new, totally-local brewery creates tasty handcrafted beer sold exclusively in Memphis bars and restaurants. It's so local, they even source their water from Memphis' famous super-clean aquifer, which recharges from the Ghost River. FYI: I've actually canoed the Ghost River (and we had a keg of Ghost River beer for the trip)! Here's a shot I took last summer on the river: 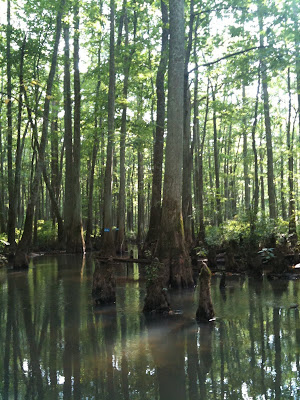 In case you didn't know, Memphis has some of the cleanest soft tap water in the country! We scoff at folks who drink bottled water or use filters down here. It may be the Dirty South, but we have damn clean water. 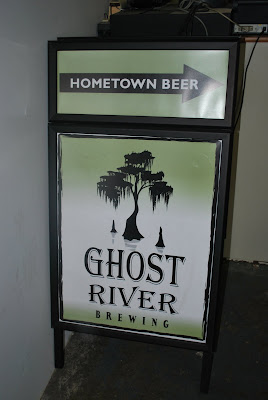 Good water makes for great beer, as evidenced by Ghost River's delicious brews. They offer free tours of their tiny downtown facility every Saturday, so a group of my friends made reservations last weekend. Here's Tyler, my friend Shara's partner and an employee at Ghost River. He passed out the free beer samples during the tour: 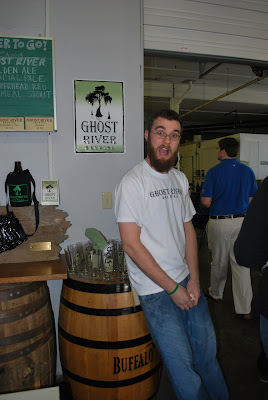 Here's Chuck Skypeck, head of brewing operations, standing in front of the giant tanks used to make the beer. He was giving the tour group a speech about Memphis water: 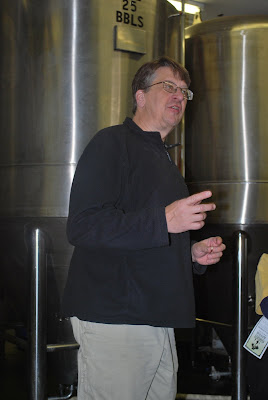 The first sample we tried was Ghost River Golden. I'm not typically a fan of light beers, but the Golden is tasty. I'd tried it at bars before, but it's so much fresher enjoyed on-site: 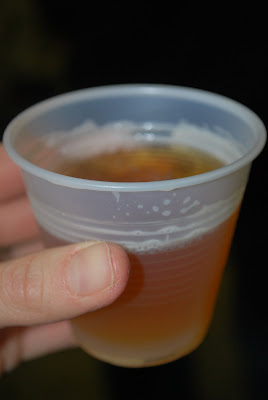 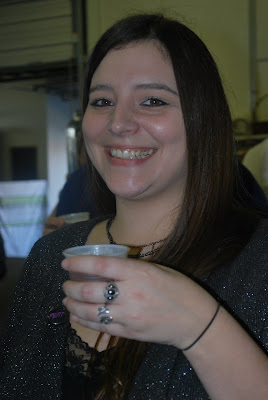 We sampled the Golden, the Glacial Pale Ale, the Copperhead Red, and the seasonal Oatmeal Stout. Guess which beer I loved the most? 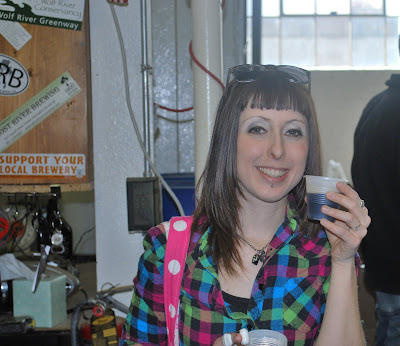 Yep, the stout. I like my beers like I like my coffee — strong and black. Samuel Smith's Oatmeal Stout will ALWAYS have my heart, but the Ghost River version is a close, close second. I purchased a growler of oatmeal stout for the road.

For now, Ghost River beer is only available on draft at Memphis bars (or in growlers at the brewery), but they're planning to expand their capacity to allow for bottling soon. If you're ever in Memphis, schedule a free Saturday tour of Ghost River. It's free and you get to try the beers.

Also, you can find Ghost River on draft at multiple locations. Click here for a complete list. Some of my fave places to order Ghost River are the Blue Monkey Midtown, the Pumping Station, the Young Avenue Deli, and the Trolley Stop Market.
Posted by Bianca at 11:25 PM

Bianca, truly a girl after my own heart!

Being a Wisconsin girl, I pretty much only drink local, craft beers. LOVE this post!

Agreed! I live in Denver and I am spoiled by all the great local beers we have here. If I ever get to Memphis, I can't wait to try beer from Ghost River! Thanks for the post!

What an exciting update! I'd seen Ghost River but didn't know much about it.