Here are a couple sandwiches I've eaten lately! Last Thursday, I had a board meeting at Crosstown Concourse (where I used to work), so I got there a little early to grab a quick dinner from Global Café. When I worked in the building, I ate at Concourse at least once a week, but now that I don't, I'm don't eat there as often. So it's kind of a treat! I noticed the Falafel Wrap was marked vegan on Global Café's menu (it previously wasn't due to something in the bread). So I had to get it! I love their falafel, and it's even better on a wrap with tahini and bell pepper. 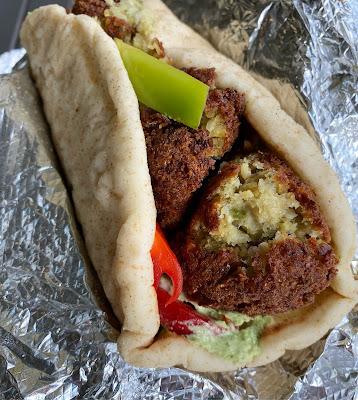 On Sunday, we met my friend Misti and her boyfriend Josh and some other friends for brunch at Railgarten. The Farmer is the on-site restaurant there, and despite the name, it's not very vegan-friendly. But they did have a Mushroom Bhan Mi, which typically comes with sesame mayo, but I had that left off. It was very good! I loved the pickled veggies and shiitake mushrooms. Would get again, but I'd bring mayo from home next time. 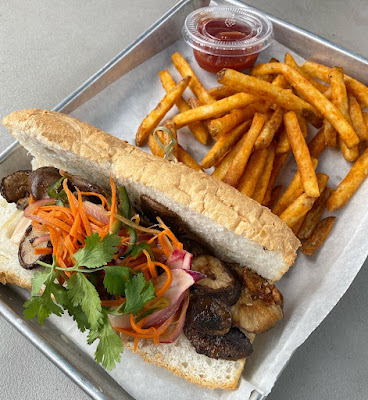 This is a real winner! It really warms the soul. So easy & delicious!
https://freakinhealthy.com/rootd/