The Eat to Live Veganfest took place at Grind City Brewing Co. in Memphis on Saturday, and lucky me, it was a rare rest day from running. I had a 10K race (that I PR'ed, by the way!) on Sunday, so I just hit up a Saturday morning HIIT class at the gym and then headed for the veg fest right as it opened at 11 a.m. 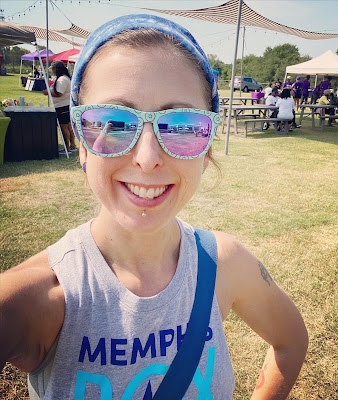 I've learned with Memphis vegan fests, it's best to go early and beat the crowd. Once lines form at the food vendors, it can take a while to get your food. But I was among the first to arrive, so no line and no waiting. Here's the view from the brewery. There were lots of tents with vendors selling food, merch, and health products. And the periphery was lined with food trucks. 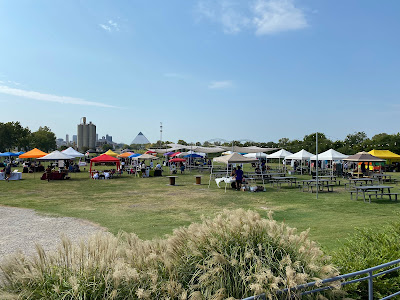 I walked around to get the lay of the land and settled on a Vegan Chicken on a Stick from Utopia Deli, a food truck visiting from Little Rock. This had deep-fried vegan chicken, potatoes, bell pepper, and onion with vegan ranch drizzled on top. And IT WAS AMAZING. Definitely the best thing I ate all day. 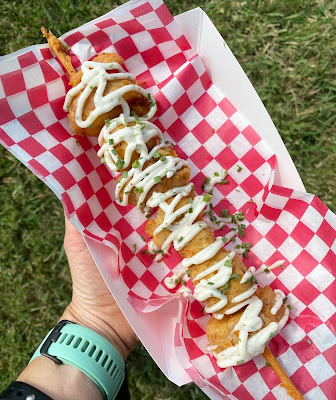 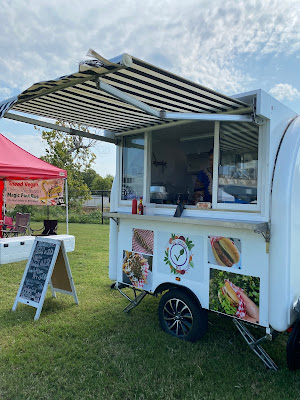 So that was my appetizer. Next, I needed an entree, so after much deliberation, I settled on a slice of Lasagna from Sun of a Vegan. They're a local pop-up, but I'd never tried their food because they're set up out on Winchester Road, which is quite the drive from my house in Midtown. They're known for their lasagna, so I had to try it. And it didn't disappoint. Super cheezy and vegan meaty! 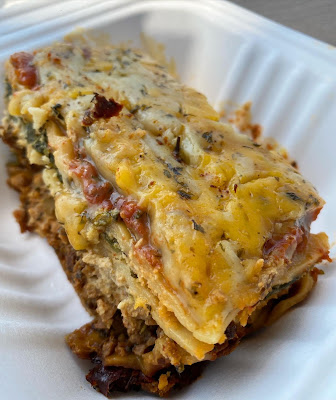 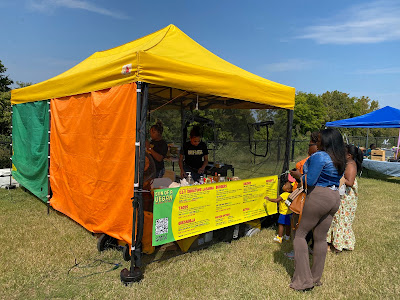 By this point, I was ready for dessert. And my friends from LuLu's were there, so course I had to try one of Stephanie's Have It All Cookies. I don't even remember what all was in this delicious cookie, but it was sweet and savory (my fave) with chocolate, pretzels, and maybe potato chips? 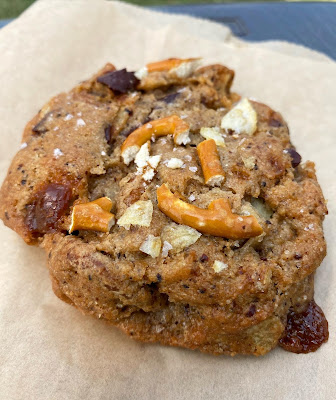 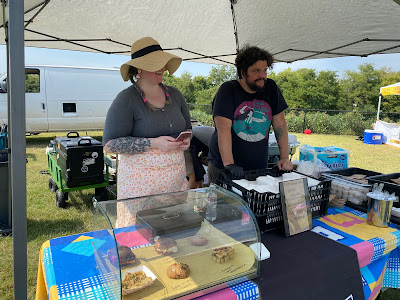 Sift Bakery was also there with their vegan macarons, so I picked up an Oreo Macaron and a Raspberry Macaron to take home. They're individually wrapped, so they traveled well. Sift has a space in Germantown, which again is very far from where I live, so vegan macarons are a rare treat for me. 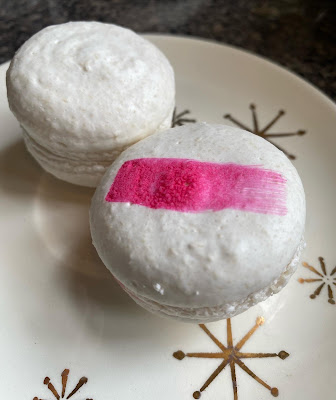 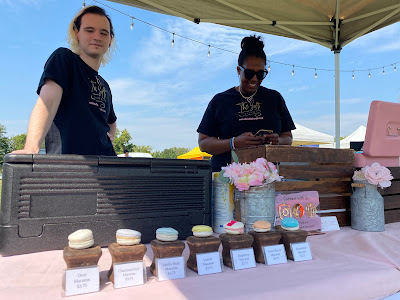 Besides food, I also picked up some Irish sea moss to make gel with (it's apparently all the rage right now, so I figured I should get on that bandwagon), some African black soap, and some all-natural deodorant. I've been making my own deodorant for years, but I'm lazy, and I just wanted to buy some that works. And so far, this stuff seems to work well!

What a fun day! I am definitely with you on getting to any vegan festivals early. Beat the crowds and also get the foods before they sell out.

Congrats on the good race result as well.