Shroomlicious, a Memphis vegan ghost kitchen serving up some very tasty mushroom-y meals, expanded their hours recently, and now they're open Thursdays and Fridays until 6 p.m. That meant I could stop by after my Thursday gym session for a Smash Burger! This Impossible patty melt has onions and mushrooms smashed in to the patty, and it's topped with vegan cheese. SO GOOD! This was only my second time ordering, and I will be trying everything now that it's open later. 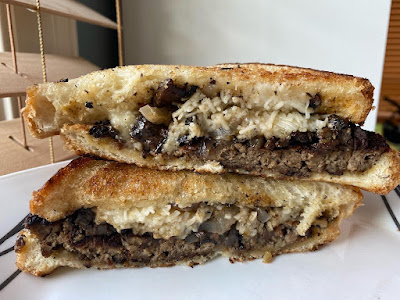 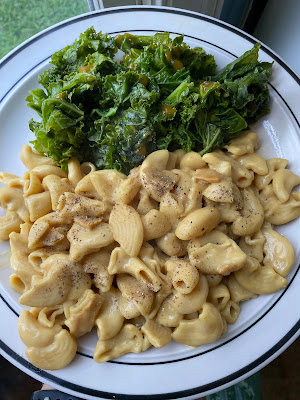 I picked up this Savory Scone from LuLu's on Saturday, and I ate it in my car after my long run. I can't remember what all was in it, but I know there were jalapenos. And the white stuff is cashew cream. Yum! 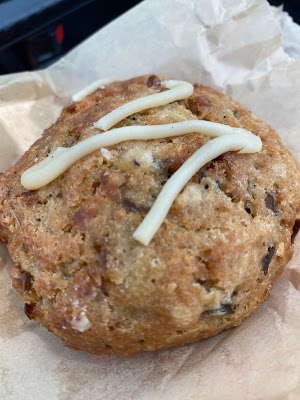 And finally, check this out! Paul and I planted one cantaloupe plant back in April, and it's finally made ripe melons. We've picked two this week, and there are two more big one ripening on the vine. Our first time growing melons! 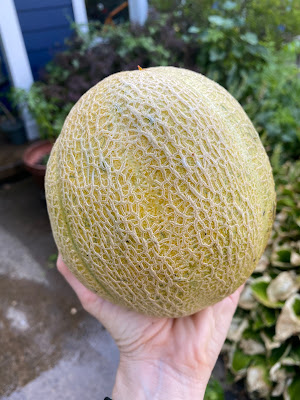 I love the idea of the smash burger! It sounds delicious.
And well done with the rockmelon growing!