A few months ago, I got a bunch of free product coupons from vegan bodybuilder Robert Cheeke's care packages (he sends out the BEST boxes, check him out). Several were for Upton's Naturals, so I used one to get these Banana Blossoms. 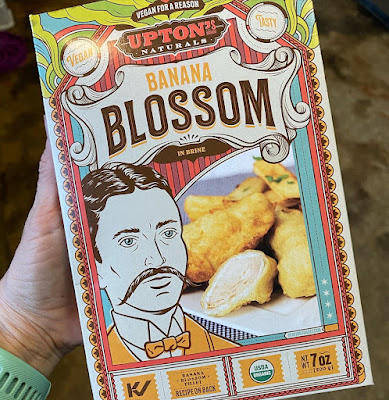 I had no idea what to do with banana blossoms, but the back of the box had a vegan fish recipe that involved battering and deep-frying the blossoms. I don't deep fry much anymore, but I figured what the heck? The blossoms come packed in brine and look like this. Not terribly appetizing looking. 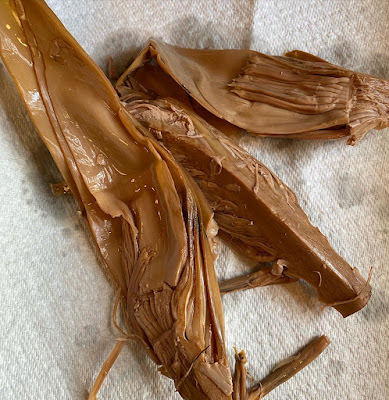 For the recipe, you marinate the blossoms in lemon and kelp (I used dulce because I didn't have kelp), coat the blossoms in flour and then coat them in a wet batter before dropping into hot oil. Now, I should clarify that, back when I was writing Cookin' Crunk, I used to deep fry quite often. It's very Southern, and let's be honest, nothing tastes as good as deep-fried. But I must have lost those skills when I cut back on oil because my blossoms didn't get super crispy. I don't think my oil was hot enough. 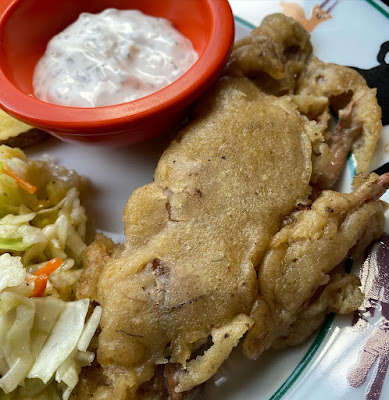 Anyway, I blotted out some oil and tried them. And well, they weren't terrible. But also not great. The texture reminded me a lot of jackfruit, which I'm not crazy about. I've had some really good jackfruit that was super dry, but most jackfruit is too moist and briny for me. And this was quite similar. They also would have been better if I'd fried in hotter oil for maybe a longer time. On the side, I had coleslaw, "chips" (aka fries) with malt vinegar and ketchup, and homemade tartar sauce. 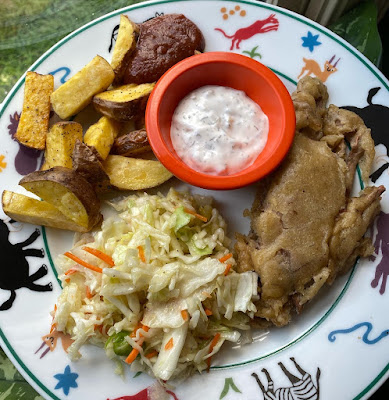