Last night, I met up for happy hour drinks with my "spice girls" — a group of girlfriends from my old job at Crosstown Arts (we each have Spice Girl names; I'm Sporty Spice). We get together once a month or so to catch up as two of us (including me) have left the company that brought us together. This time, we decided to check out the new Cameo bar at The Citizen. I saw they had a few vegan menu items, so I was excited to try some!

For starters, I ordered a Dirty Martini (with vodka, not gin) since it was happy hour, and classic cocktails are $2 off between 4 and 6 p.m. It was an excellently shaken martini, but I did wish they'd added some olives. Oh well. Very tasty! 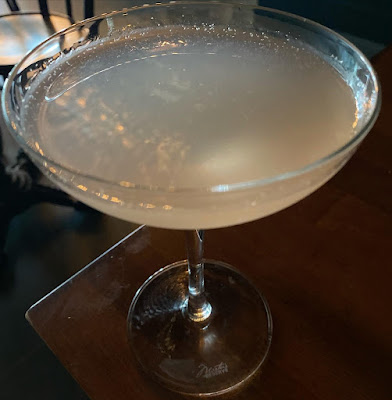 To eat, I went with the Buffalo Vegan, a sandwich made with buffalo-seasoned lion's mane mushrooms on crusty bread, served with Zapp's Voodoo Chips. The lion's mane mushrooms were chopped pretty finely, and they were topped with a creamy vegan slaw. Bonus point to Cameo for having vegan slaw! I get so annoyed with places that only carry vegetarian slaw (like just use vegan mayo, people! And then everyone can eat it!). 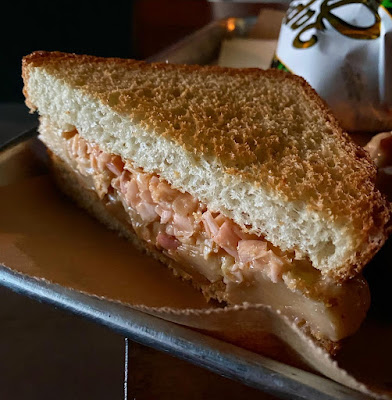 You can also build your own charcuterie board with vegan items, like olives, jams, bread, and pickles (though they don't carry vegan meats or cheeses). I'll probably try that next time.

The space is super-cute and small. Perfect for a lady time happy hour. My only complaint would be taxidermy on the walls. I wish the taxidermy trend would end forever. Pro tip: Sit on the wall side of the booths, and you won't have to look at the dead animal heads.

Hi Bianca,
Recently you had a post on Daily Harvest meals. Since I am a lazy cook, I decided to get a trial box and I have to agree the meals are very tasty. I don't think I will subscribe since I like vegan junk food too much and don't really like subscriptions. What are your thoughts on frozen and convenience foods both health wise and cost? Thanks.