As a vegan food blogger, I often get cool free products to test out and feature on the blog. Sometimes a company will send one box of something or maybe two, if I'm lucky. I'm always grateful for the opportunity to test out new vegan products! But every once in a while, the stars align, and a company sends enough food to feed an army! That's what happened with Fry's Family Foods and Like Meat, two companies with lots of vegan plant meats to choose from!

They sent me all of this! And all of this! 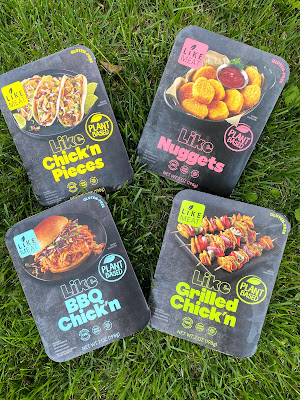 I'll be reviewing these products in segments because there were just so many to try. Tonight, I'm focusing on The Big Fry Burger from Fry's Family Foods and Like Meat Like Grilled Chick'n. I used both of these for our official kick-off to grilling season a couple Sundays ago (Memorial Day weekend). 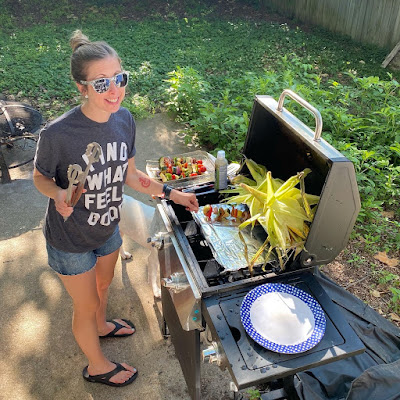 The Big Fry Burger burger is made with soy protein, onions, and lots of spices. The Fry's website claims the burger "looks, sizzles, and tastes like a ground beef burger." It has 22 grams of protein per patty! I put one of these on the grill and let it cook for about 5-7 minutes total (flipping it halfway through). Then I piled it on a bun with vegan cheddar, red onion, pickles, and lettuce. 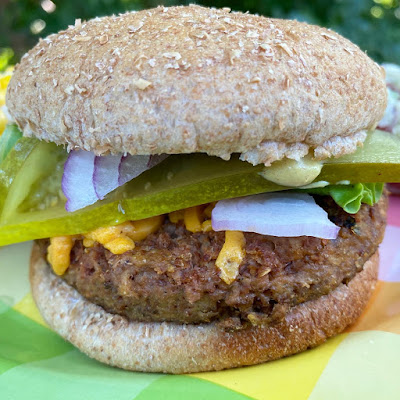 The taste was very beefy! It didn't have that Beyond flavor that's very distinctive to Beyond, and it wasn't as realistic as the Impossible. It was somewhere in between, and I appreciated that. I have a few friends who are weirded out by the super-meaty plant meats, and I think this one would be approachable for those kinds of people, as well as those of us who are like, "Bring on the meaty fake meat!" Would definitely buy these! 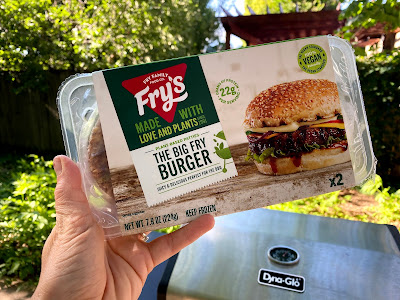 I used the Like Chick'n pieces to make some Veggie & Chick'n Kabobs. I brushed the kabobs with olive oil mixed with soy sauce and herbs before grilling. 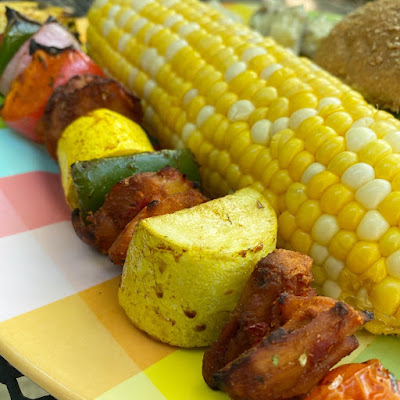 WOW! This stuff blew me away! It had a really nice flavor before adding the marinade (I was eating bits from the package as I made kabobs). It tasted just like how I remember chicken tasting. Granted, I haven't had chicken since 1994. These chick'n pieces would also be great on tacos or in a stir-fry. They were really nice on kabobs, but there were some smaller pieces in the box that were too small to skewer. 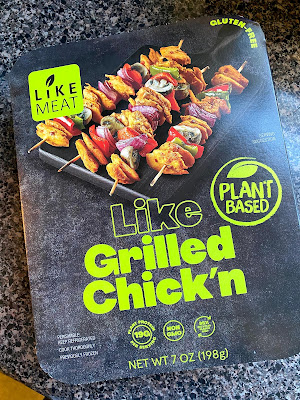 Both of these products were fantastic! I love how far plant meats have come! Stay tuned for more Fry's and Like Meat reviews this week.

Thanks for the detailed and honest review. There are sooo many vegan things out there and they can be pricey so it is nice to get a trusted review.

Fun! That all looks & sounds delicious. I look forward to hearing what you think of the other products!

I tried the Fry's chicken nuggets and didn't care for the texture. I'd like to try the burgers but they are just too expensive when not on sale. Same with the Like products. I see them at Sprouts and panic at the price!
The kebabs look great though!

I'm one of those people who doesn't like the meaty fake meats, but my husband and son love them! Maybe we could compromise on that burger, although I like mushy burgers that taste like veggies and beans. The Like Chicken sounds amazing though! I'm definitely going to try that.

Even though I do not like fake meats, I am glad that there are so many around. I support anything that helps people go and stay vegan.

I've been meaning to try those Fry's burgers for ages. Fry's is one of my favourite brands here, they have been around in Australia for ages in one for or another. If you ever get a chance to try their chickn stir-fry strips, they are really good. I love their nuggets. And they make the best chickn schnitzels. Not such a fan of their beefy strips or non pea-protein mince though. But I haven't tried the pea protein minc, though I have seen it in shops. I haven't seen the breakfast links here!